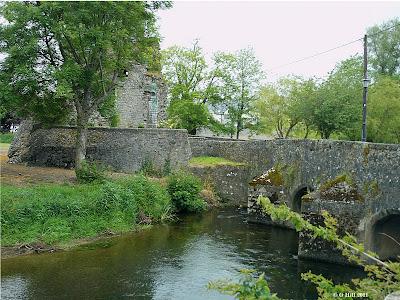 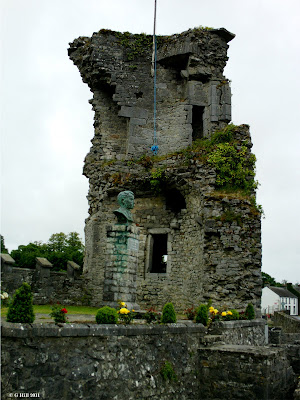 Above Image: The Memorial statue to Thomas Macdonagh 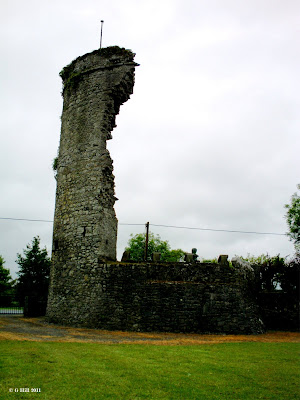 Above Image: Will a strong wind topple it....! 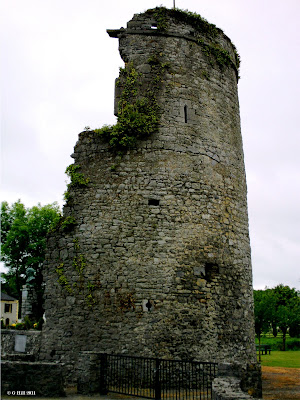 Golden Castle, or what remains of it,  is a Medieval Tower which stands on an Island beside the Bridge crossing the River Suir in the small but charming Village of Golden in South Tipperary. The Castle is thought to have been built in the 1300's and this is mentioned on the plaque which is attached to the memorial statue to Thomas MacDonagh who fought in the 1916 Rising which sits in front of the ruin by the roadside.  The Tower stands now as part of a developed park which surrounds the Bridge area and you can climb up some steps giving you picturesque views of the Suir.One view from the park gives the impression that the Tower is standing precariously and ready to topple over. It is a precarious ruin, but it stands nonetheless. There is a lot of history in this area and it is worthwhile to stop in Golden and have a look at the ruin before moving on to the spectacular ruins of Athassel Abbey nearby.(see post here)
To find Golden Castle, take the N74 from Cashel towards Tipperary Town and you will come across the Village of Golden en-route. you can park just beyond the Bridge.
Posted by Castlehunter at 15:04