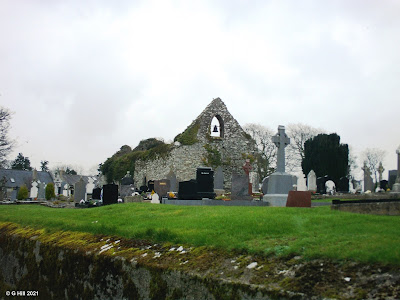 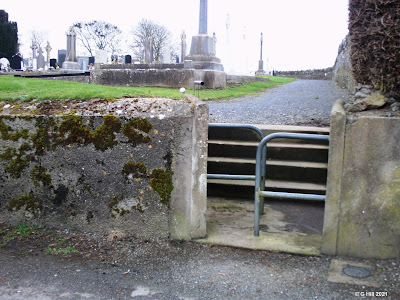 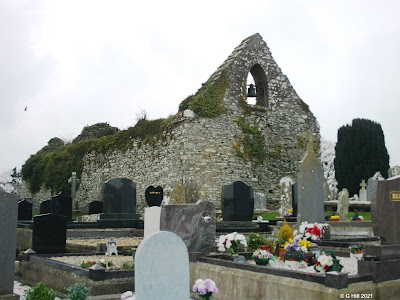 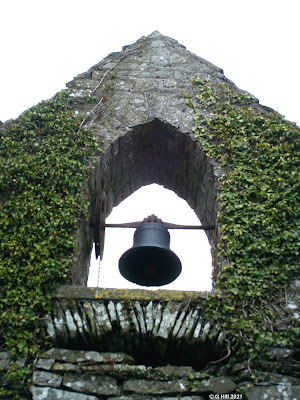 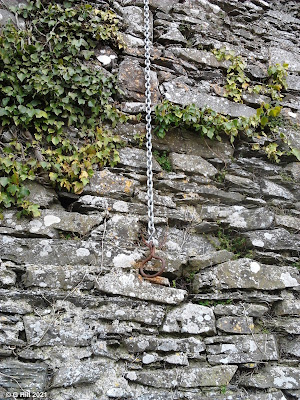 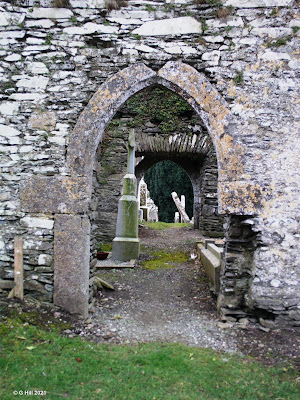 Above Image: Exterior of North door 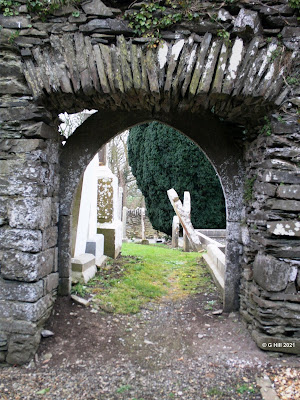 Above Image: Interior of South door 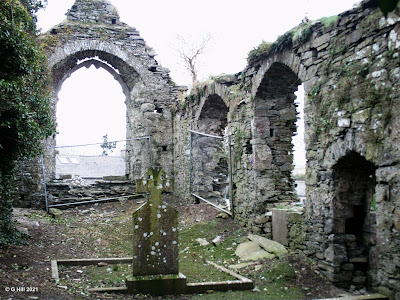 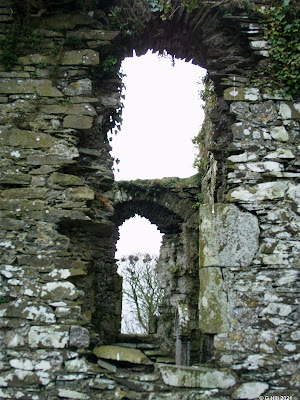 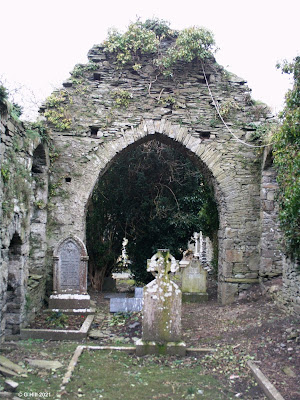 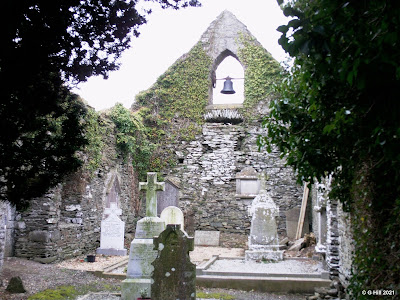 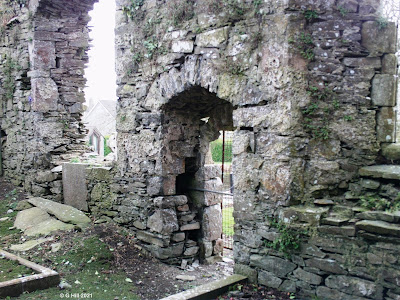 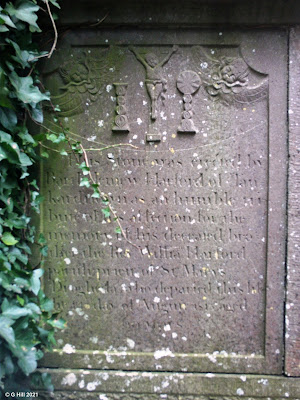 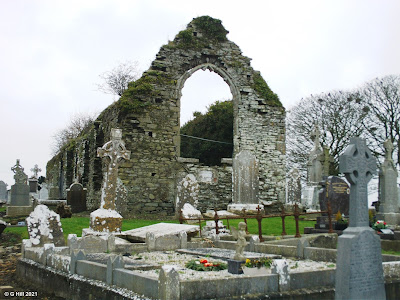 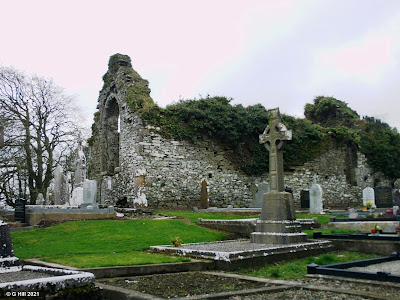 Ardcath Hill was the standing point for the Fianna in Irish lore before they went into battle with the Kings of Ireland who gathered on Garristown Hill in adjacent County Dublin. The name Ardcath translates to "Hill/Height of the battle"
This large church ruin has been recorded as having been built in the early 14th century and quite a sizable portion still remains extant to this day. The church was originally dedicated to the Blessed Virgin Mary and was in use as a Catholic church until the suppression in the mid 16th century. It subsequently was adopted by the Church of Ireland community until it became ruinous in the early 1600's and was laid open thereafter to the elements.
Access to the ruins is by way of a roadside pedestrian gate and they are perched upon elevated ground. The long nave and chancel within are divided by a choir arch and the church has two open doorways, one in the North wall and another in the South which face each other. A now non-extant sacristy was led to through another (fenced off) Southern door within the chancel.
A huge arched window is situated in the Eastern gable which would have been just above the altar. The light in the chancel area through this and along with several large adjacent side windows must have been exceptional. The chancel area beyond the choir arch has not weathered as well as the nave. Tree branches have encroached upon the area and we had to wind our way through them.The walls in the chancel appear to be crumbling on top. The decorative framing within the large window arch is looking in danger of also falling away.
In the West gable a window has been blocked up and above it an arched aperture serves as a belfry. The bell that still remains has been dated back to at least the early 16th century and we found on the exterior gable wall a chain suspended from the bell for the purpose I believe to be rung when someone has passed in the community.
The ruins are fairly similar to other church ruins of it's size that we have come across but the existence of the church choir arch and more than normal amount of windows make it a worthwhile visit. You can also tie in a visit to nearby Garristown church ruin on the same trip. (see earlier post here)
To find the ruins take the N2 heading North from the roundabout at the Pilo Hotel at Ashbourne and drive for approx 6KM until you reach a right hand turn onto the R152 signposted for Drogheda. Turn right here and follow the road for approx 700m and then take again take a right turn that is signposted for Garristown. Continue for approx 2.5KM along this road until you reach a T-junction with a stone bungalow with an arched door opposite. Turn left and approx 200m later the road makes a sharp right turn. Continue on for approx 1.5KM until you reach a crossroads. Turn left following the sign for Ardcath. Drive into the village and as you pass Bennett's Bar and Lounge on your right take the immediate left hand turn.thereafter and you will spot the ruin on your left. We parked against a wall opposite the entry stile as the road is quite narrow.
Posted by Castlehunter at 15:20 No comments: