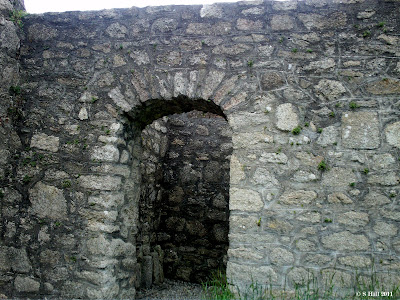 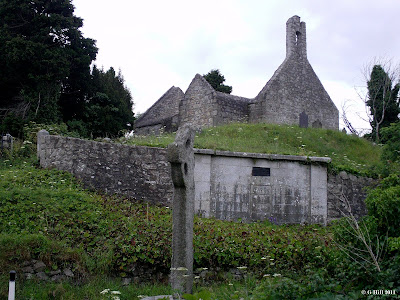 Above Image: The ancient High Cross in the foreground 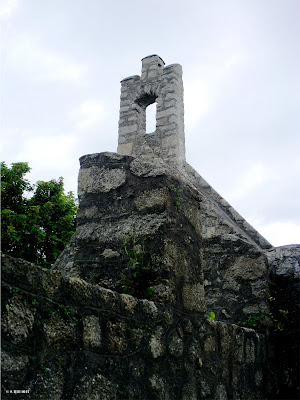 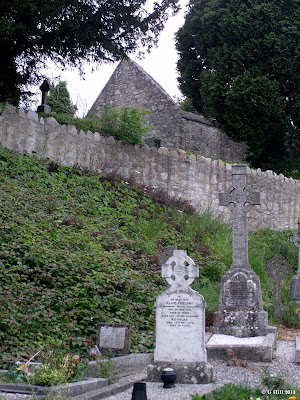 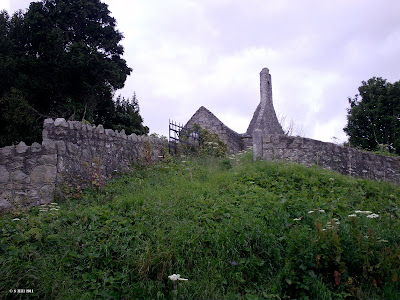 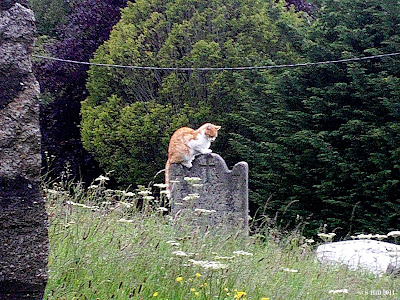 Image Above: A familiar local?

Built on an ancient site named after St Gobban, Kilgobbin Church stands atop a grassy hill and still stands out against the plethora of modern housing that has been allowed to surround it below. At the base of the Hill stands a 12th century High cross one of the remnants of the old site which is now being worn away by the sands of time. This present Church is only a few hundred years old  but fell into ruin following the union of churches in the area in 1826.
Access to the ruin is quite easy as evident by some of the daubing of  local Graffiti artists.You can park just at the base where there is a more modern cemetery and a steeping narrow trail will bring you to the top. It's worth a look especially if you are in the vicinity where you can also see Puck's Castle and Old Kilternan Church ruins.Look out for the resident Cat (a familiar perhaps?).
To find the ruin take the R117 to from Sandyford to Stepaside Village. Turn left in the Village at the Garda station onto Kilgobbin Rd.and then take the first left onto Kilgobbin Lane. The Church is a little way down on the left hand side,.
Posted by Castlehunter at 17:45