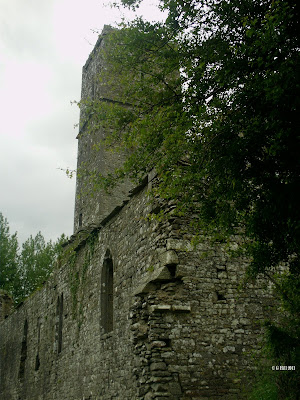 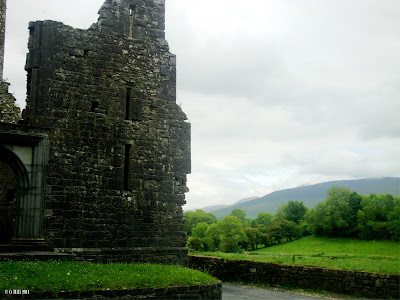 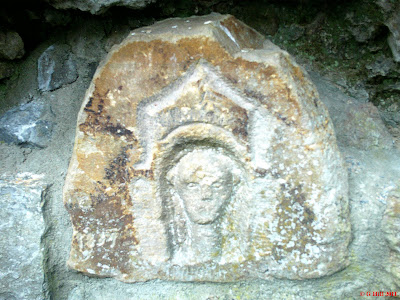 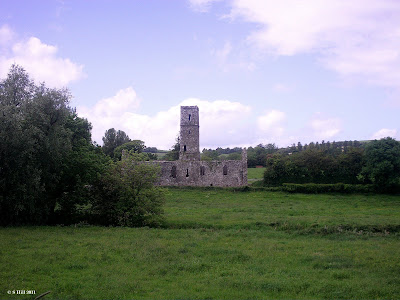 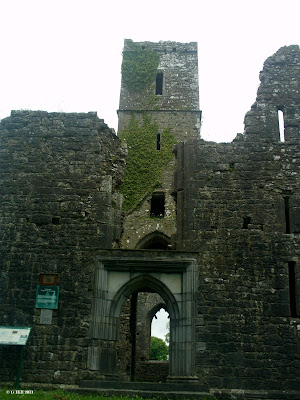 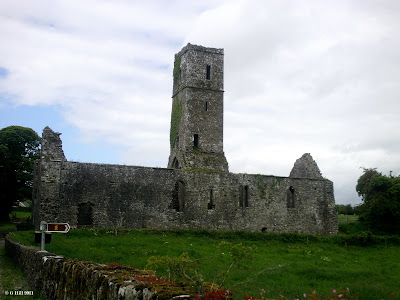 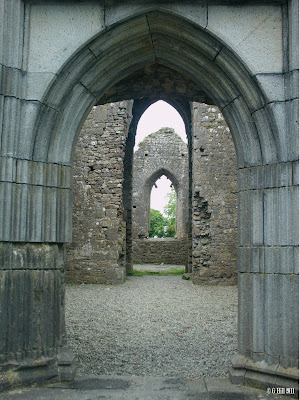 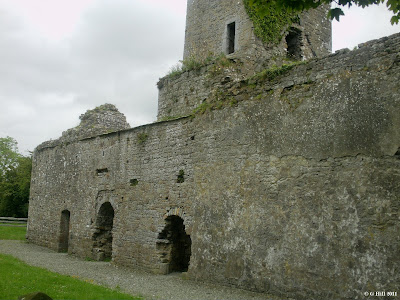 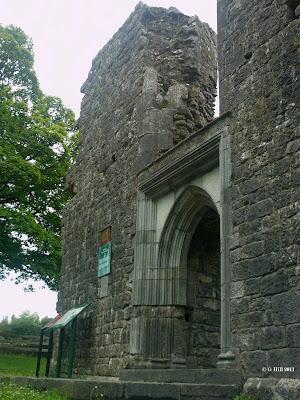 Moor Abbey lies in the Glen of Aherlow in the shadow of the Galtee Mountains. It was founded by Donough O'Brien Earl of Thomond as the first Franciscan Friary in the 13th century. It had a chequered history, suppressed by the Earl of Desmond in 1540 and burned twice in 1569 and 1570. The Franciscans returned in 1645 and were expelled again by the Cromwellian forces. It was 1658 before they could once again occupy the Abbey. They finally left for the last time in 1748 and the Abbey fell into ruin.
While Moor Abbey is striking, it is but a simple Church and tall tower. Nothing remains of the cloister and outbuildings and you will find your visit brief. But it is nonetheless worth your time especially if you are in the area and  have visited the magnificent Athassel Abbey.In Moor there are some fine examples of archwork, especially the entrance door and within some interesting stone carvings can be seen.. The Abbey is situated near the town of Galbally in the very scenic Glen of Aherlow.
To find the Abbey, take the R662 from Tipperary town to Galbally. Once in the town of Galbally you will find the Town Square (ironically triangular!). Take the left hand road the R663 and you will shortly come across the Abbey. There is ample parking to the left of the ruins.
Posted by Castlehunter at 13:29