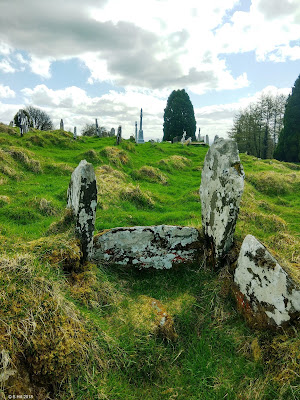 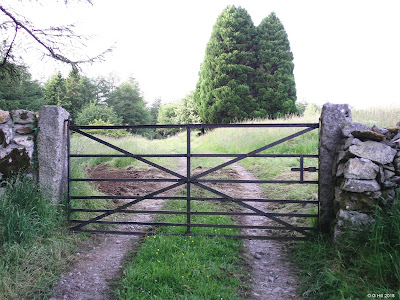 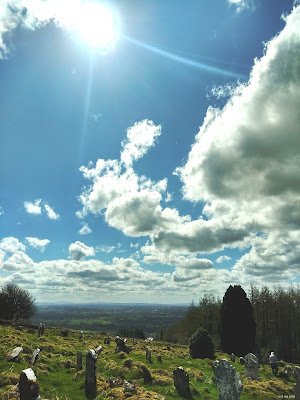 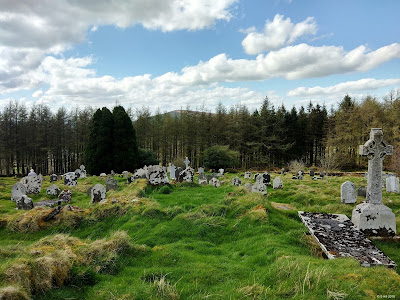 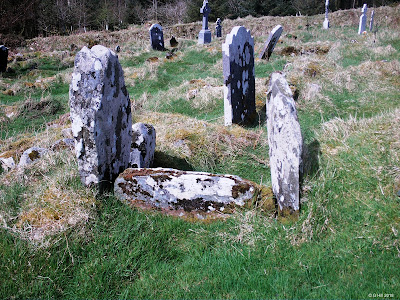 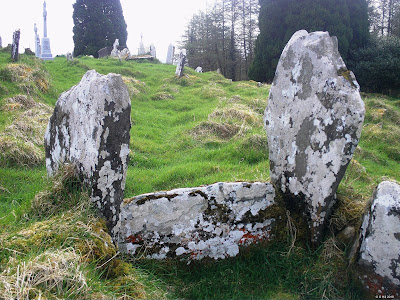 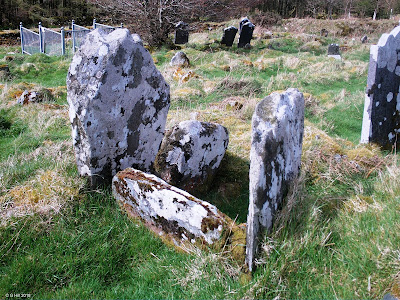 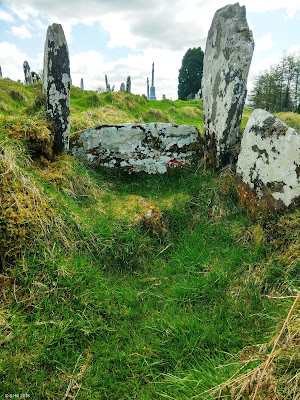 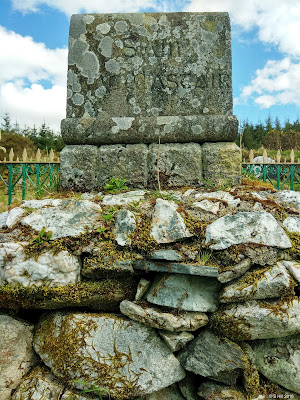 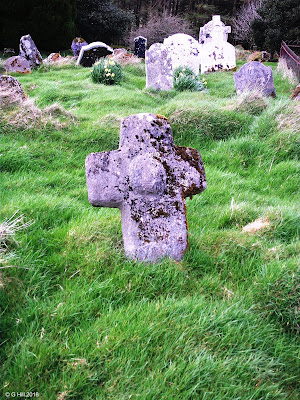 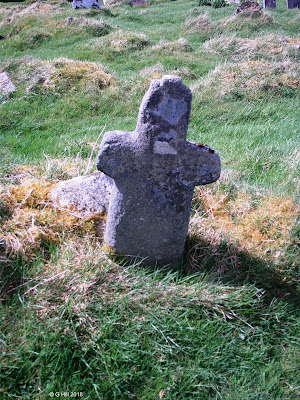 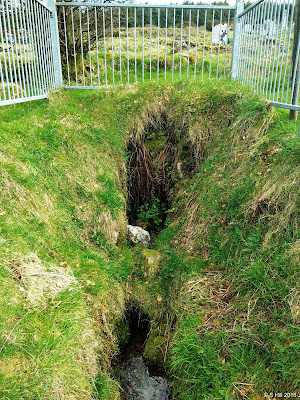 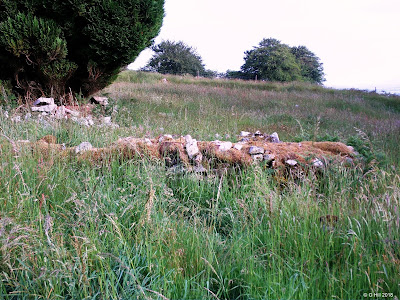 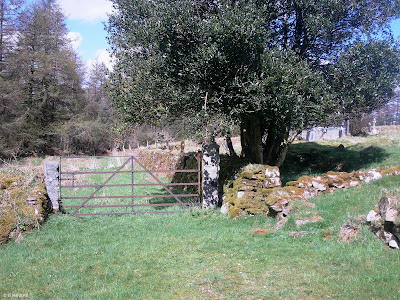 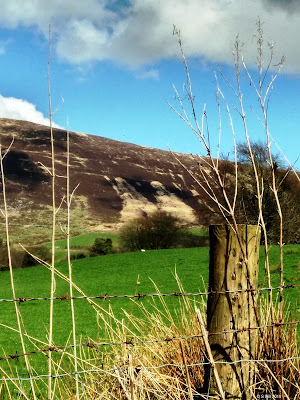 On a bright sunny day we ventured into the garden of Ireland to locate a remote graveyard containing an odd but alluring feature known as "The Gates of Heaven". Kilranelagh graveyard is located on a slope in Colvinstown Upper not far from the striking Keadeen Mountain with its odd markings one of which is said to be an image of Fionn MacCumhaill and his wife.The graveyard is quite well signposted once you start on the right road.
When we reached the last signpost it led us up a a very narrow uneven gravel track about 200m long.It was a bit hairy on the ascent and the track ends right at the gate of the graveyard with no place to turn. So we prayed the gate was unlocked or we were in trouble as a backward descent was out of the question. Luckily the gate is held closed only by a ring of wire and please take note that it opens outwards, if you push it in it gets jammed. Inside is a wider area to turn the vehicle.So once parked we began our search. The uneven slope of the landscape was a bit tricky at times as the grass could be deceiving hiding potholes underneath. A stick or a staff is ideal for poking a route around. Curiously also the grass was alive with small darting black spiders that seemed like they were everywhere. I have not come across this before in other such places. The ground contains a lot of foundations one I know was of a Church as it was mentioned on an old ordnance survey map but there appeared to be foundations of other buildings too. After a bit of a search we eventually found the Gates. They can be difficult to spot as there are so many ancient stones here to confuse you, The easiest way to locate it is to walk to the rear gate of the cemetery and cross to the metal fence erected around st Bridget's well. The gates of Heaven are located in the area to the right of this. The "Gates" appear to be two remaining orthostats and a sillstone from a portal tomb. I believe before they got their name that they functioned as gateposts to a more ancient graveyard here.They get their name from a local custom that before a body was interred here they would pass the coffin through the stones which would ensure that the deceased would enter straight through The gates of heaven. They are fascinating to see be it legend or not and must be many thousands of years old. The graveyard also contains some ancient stone crosses, the holy well and the grave of  Sam MacAlastair a hero of the rebellion of 1798. It is well worth your time to make a visit as there is a lot of antiquity here.
To find Kilranelagh graveyard take the R747 East out of Baltinglass and drive for approx 3KM until you come to a left hand turn signposted for the L3273 to Rathdangan. Turn down this road and drive for approx 2KM where you will reach a T-junction. Here you will see the first sign pointing left for Kilranelagh graveyard. Follow the signposted road for approx 1.5KM until you see another sign for the graveyard pointing right. Turn right here and drive for approx 350m and a sign points left up the track to the graveyard. Your decision here is to drive or walk up but it's pretty much decided for you as there is virtually no place to park on this road or indeed the one you just left. It would be an idea if you are unsure to send someone up on foot who could check the gate is unlocked and then phone down to you. Do drive slowly and carefully up this track.
Posted by Castlehunter at 18:07 4 comments: