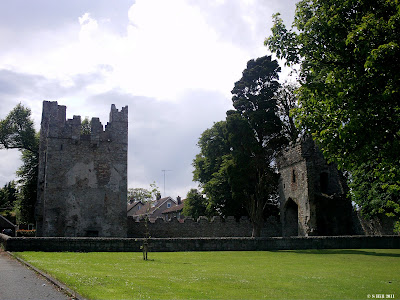 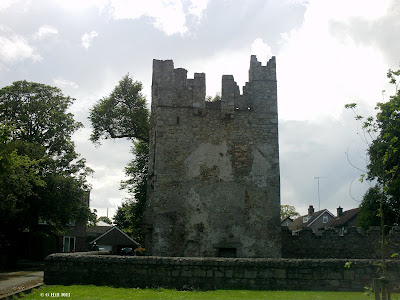 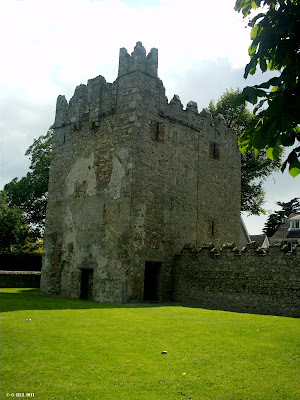 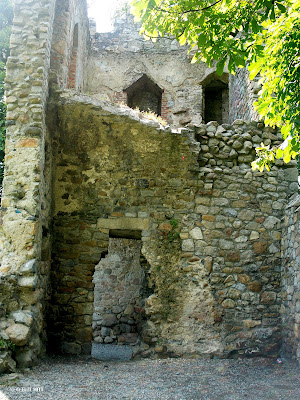 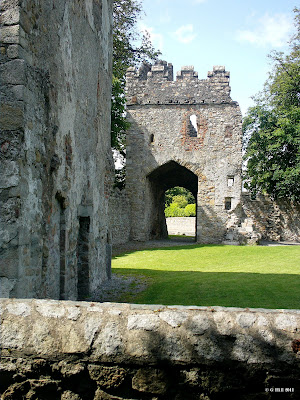 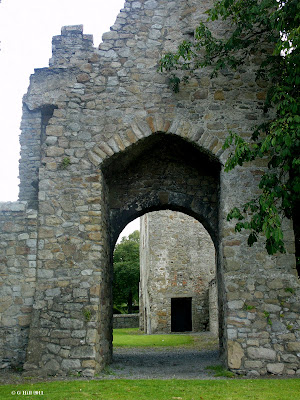 Monkstown Castle lies in a nicely kept green area near the Village of Monkstown. The Castle was built between the 14th and 15th centuries by the Cistercian Monks of St Mary's Abbey as a stronghold to protect the area from the frequent attacks of the O'Tooles and O'Byrnes of Wicklow. The Castle originally consisted of three strong towers and thick walls surrounding a large house within. Two of the towers remain today but there is nothing left of the inner house. The Castle has had a long history. When the Monasteries were dissolved in 1539 the lands passed to Sir John Travers and subsequently to The Cheevers family in 1660. In 1580 it was used as a rebellion stronghold.
The remains of the Castle today are quite Striking. sitting on the edge of a roundabout they are the last thing you would expect to come across. The area surrounding is residential, so there are plenty of places to park and take a stroll around.
The towers still look quite solid but the doors are bricked up. whether this is for safety reasons or to detract any anti-social behaviour is debatable, but the rest of the area is quite accessible.We visited on a Saturday afternoon and although the road was busy outside there were only one or two people about. The once inner courtyard is now a very well kept lawn.
To find Monkstown Castle take the R119 from Blackrock. When you reach the very architecturally striking Church Of Ireland you will see that the road forks to the left and right. Take the right hand fork. This is Carrickbrennan Rd. About 300 Yards down this road you will find the Castle on the far side of the roundabout.
Posted by Castlehunter at 12:39