Read more »
Posted by Castlehunter at 16:33 No comments: 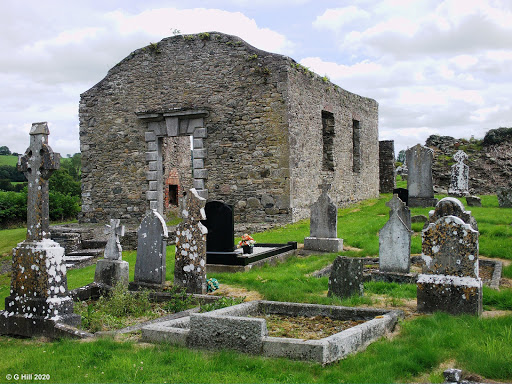 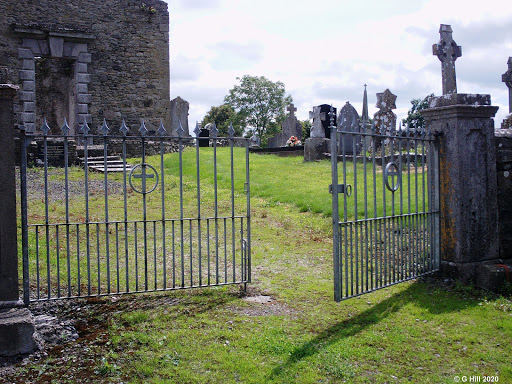 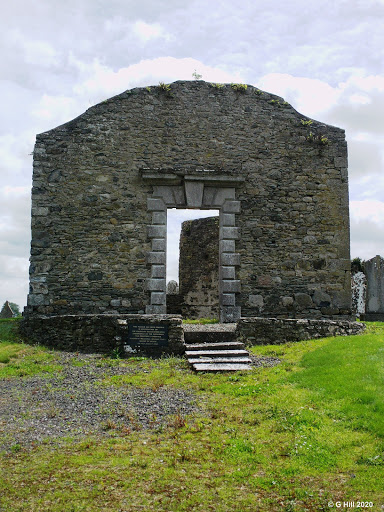 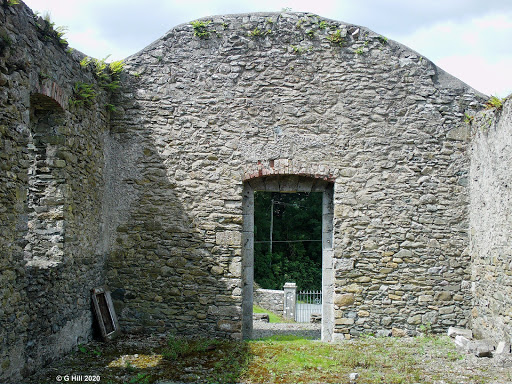 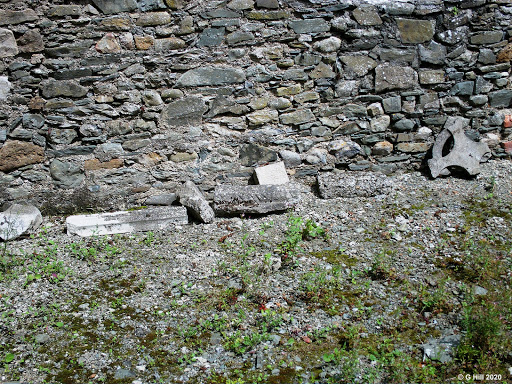 Above Image: Fragments, some from medieval church 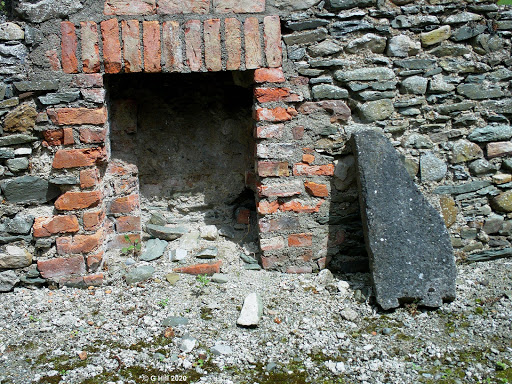 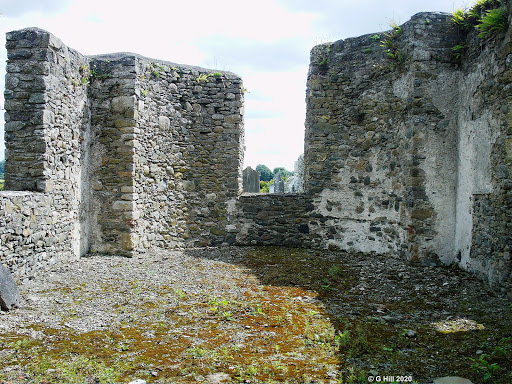 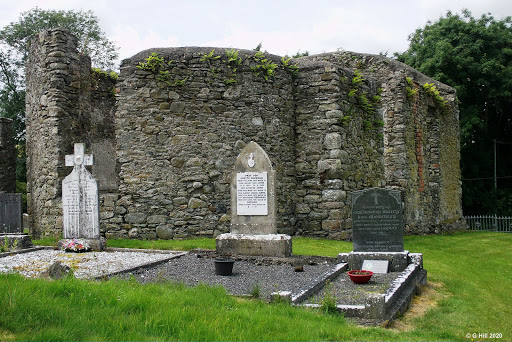 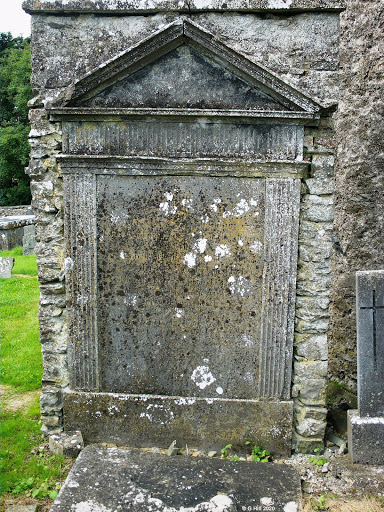 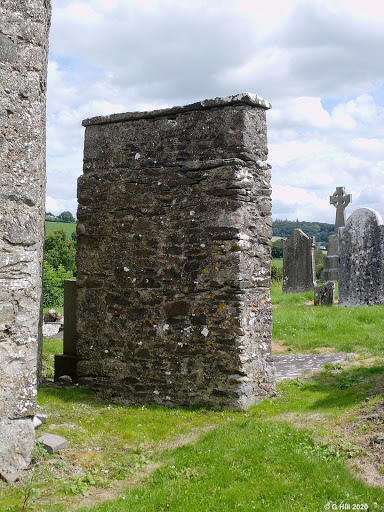 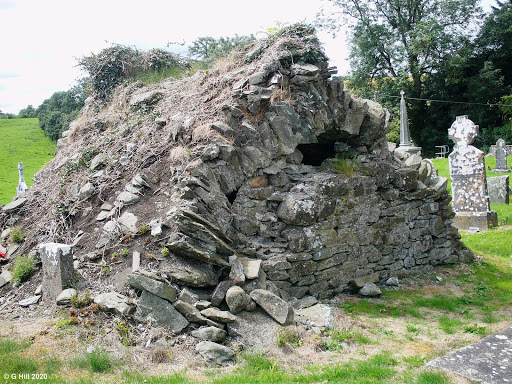 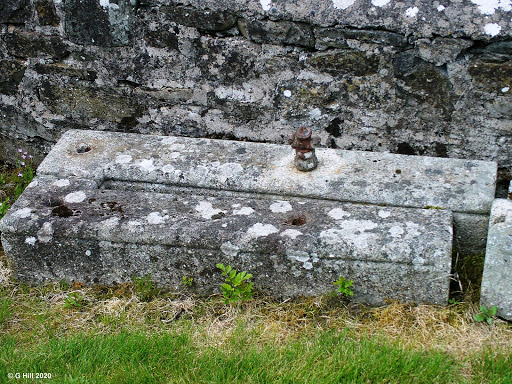 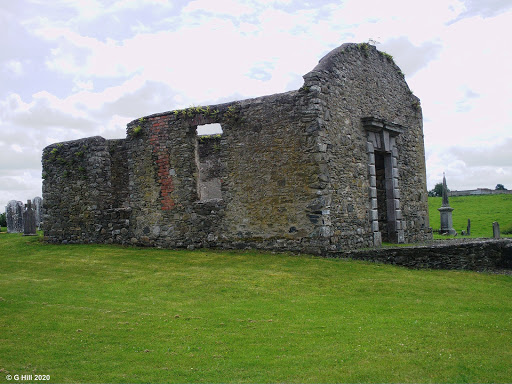 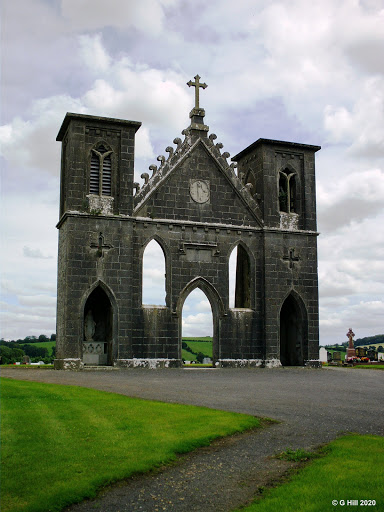 Above Image: Remains of 1869 Church 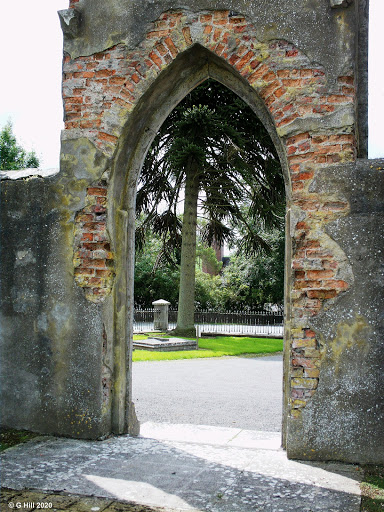 Above & Below Images: Main doorway of church 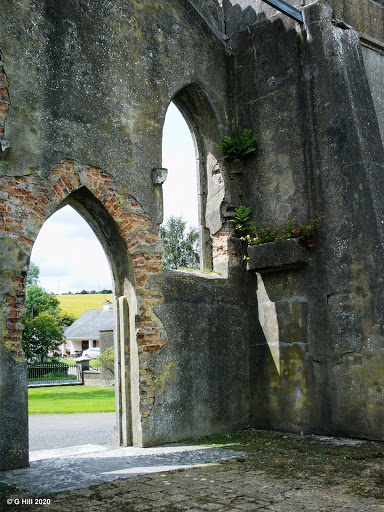 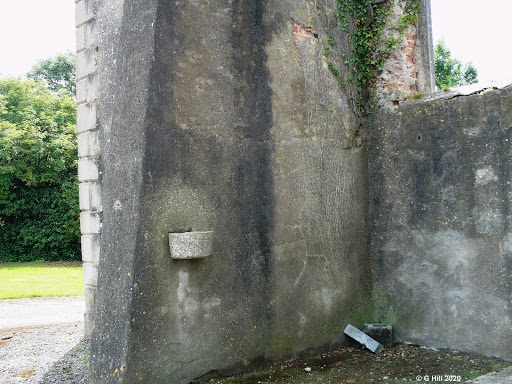 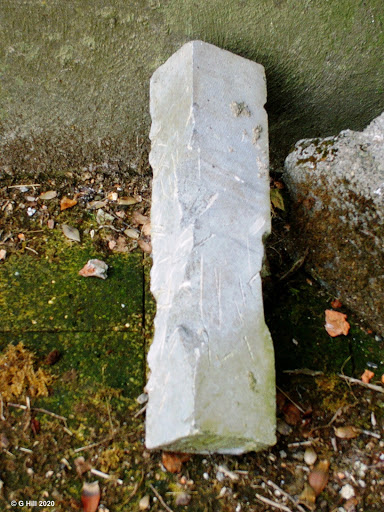 Above & Below Images: Unidentified fragments 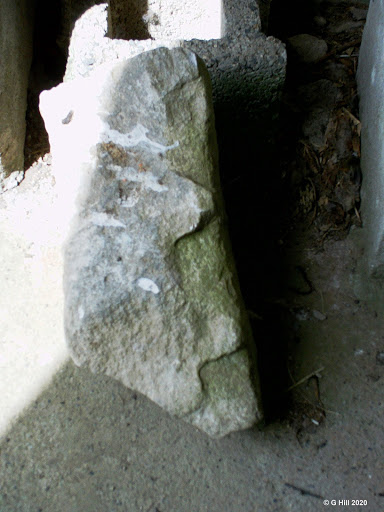 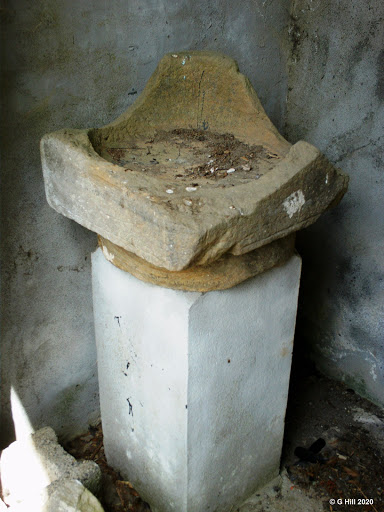 Above & Below Images: The medieval font 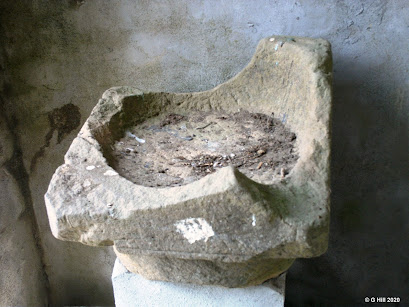 This was originally to be two separate posts but I discovered that they are linked by one feature.
The old church ruin in Rathkenny's older graveyard is recorded as being an 18th century Church of Ireland construct which was built upon the site of a former medieval church dating back prior to the 14th century. The older church which had been dedicated to the Blessed Virgin Mary was in ruins by 1682 and is now non-extant although locals have said that grave digging in the cemetery has exposed  possible foundations that give the impression that the medieval church may have been bigger than the later extant ruins. (There was also said to have been another old church 900m East of the this graveyard opposite the Lacken Bar that shows absolutely no trace of itself today.)
The only remains from the medieval church visible in the graveyard are some small fragments from a door projection and part of a sill. These appear to have been placed within the 18th century church along with some other odds and ends.
The extant ruins of the later COI church are situated on elevated ground with a back drop of nearby Simpson's mountain. The church has all walls intact and has at its Eastern face an apse in the wall. This is the first large apse I have encountered as most of the small church ruins I have visited have flat walls. The apse is a semicircular recess which is concave within the church and concave on the exterior. There is a large window in the centre of this.
The entrance in the West wall has a nicely decorative Georgian style doorway with steps leading up to it. Both North and South walls have two windows each while unusually there is a fireplace in the interior North wall.
Outside on the South East corner of the apse there are the remains of a barrel-vaulted mausoleum which has been blocked up with rubble and this sits atop a chamber which is a few feet underground.
The 18th century ruins are within an enclosed graveyard on a quiet side road. Approx 330m Southwest is another graveyard this one more modern which contains the impressive remains of the entire South wall of the 19th century Rathkenny church built in 1869 but disused and dismantelled in 1974. A new modern church lies a short distance South of this. What remains are two tall square towers on either side of a decorative central arch. There is a central doorway and two porch recesses, one in the base of each tower. the Western recess has a grotto installed while the Eastern recess holds a connection to the old medieval church just up the road. This one last remnant from the said church is part of the underside and partially damaged basin of a stone font which has been given a home here as its parent structure no longer exists. It was once believed it might have come from the other older church to the East which there is no trace of but it's more likely from the nearer medieval site. This font was to me the highlight of the visit as it ties together the ecclesiastical history of Rathkenny.
This was a particularly enjoyable visit as we were allowed to travel outside our county for the first time since the covid lockdown. As for social distancing you can't get better than being the only two visitors!
Rathkenny lies in a very picturesque part of County Meath and both church sites are well worth taking time out to see.
To find the ruins take the N2 North toward Slane and when you reach the main crossroads in Slane village (crossing with the N51) turn left and drive for approx 1.8KM and take a right hand turn onto the R163 (which is opposite the gate into Slane castle). Continue on this road for approx 5.2KM and you will reach a crossroads with a pub and shop on the left hand corner. Turn left here and drive for approx 4KM and you will reach Rathkenny Cross. The Twin towered church remains with the font are on you right hand side while the 18th century ruins are 1KM up the right hand turn at the crossroads, Parking is not a problem at both sites. Access to both graveyards are by unlocked gates although there is the addition of an elaborate stile at the medieval site.
Posted by Castlehunter at 16:24 No comments: