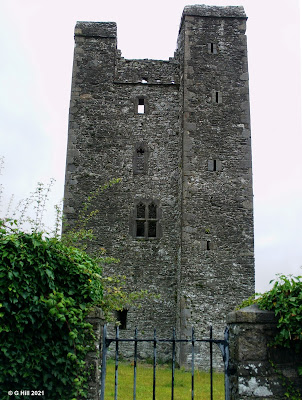 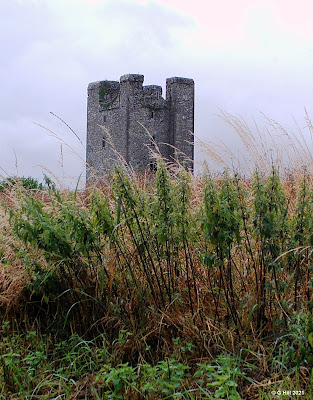 Above Image: On approach from North East. 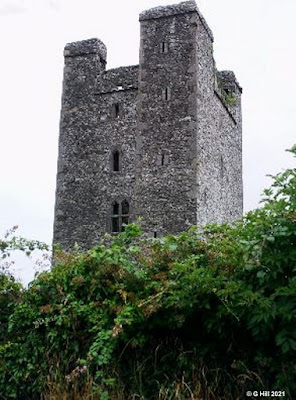 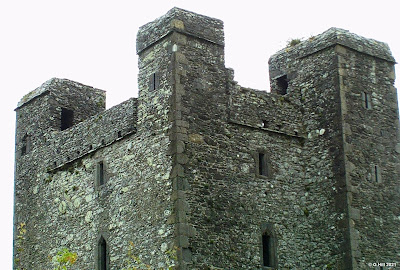 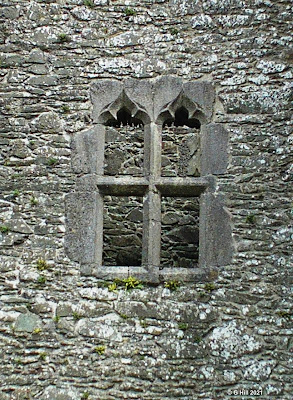 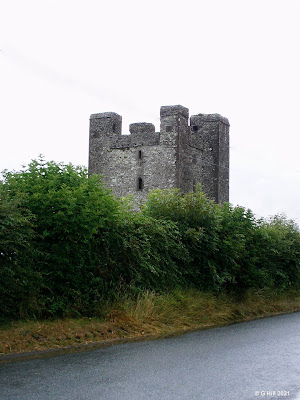 Motorways have almost killed your chances of seeing some of the historical sites in Ireland. You really have to take the alternate routes and the back roads to find the hidden gems. Roodstown is certainly one of those. A fine example of a medieval tower house whose walls remain sturdy and upright even after 500+ years and unless you are a local and know it's there you would probably never otherwise come across it.

The castle and its location puts in mind the type of structure built in the £10 castle scheme by Henry VI in 1430 to defend he pale. This scheme lasted a decade and produced quite a few tower houses  It could very well be so in this case that it was part of this scheme but it is a bit taller than usual and a bit more elaborate in its design. Termonfeckin castle, also in County Louth (see earlier post here) is quite similar and it is certainly recorded as being part of the scheme.

Local history associates Roodstown castle with the Taafe's, a well established and influential family in the area. The castle is dated to the 15th century and is very strategically placed near the rivers Dee and Glyde. The evolution of its name derives from the area known in the 14th century as Rotheston eventually becoming  Roodstown in the 19th century. The castle is noted to have been burnt in 1596 during a particularly bad time of a plague epidemic that broke out and spread especially throughout The Pale. Having been burnt out it may have begun its road to ruin at that time. A fine art print from 1784 depicts it basically as it is stands today.

We were disappointed to find the roadside gate locked as it probably has been since the pandemic started but I would imagine there is a keyholder nearby. So when things eventually settle down we will return and investigate that. The castle apart from the vaulted ground floor is basically now a shell. It stands four storeys high with a gated and locked doorway on the Eastern wall. There is a murder hole just above the entrance on the inside.The tower features squared turrets two of which are projecting and a tantalizing wall walk. There is apparently a spiral stair in the South Eastern turret which one would expect leads to the said wall walk. This in itself would be worth the return visit.

Even from its roadside view this is a very commanding structure sited at a junction in roads and worthy of your time to seek out if in the area.

To find the ruins take exit 14 of the M1 motorway onto the N33 signposted for Ardee. About 250m along take the first turn right onto the L2226 for Stabannon and continue for approx 700m to the first turn left at the pub "The Cross Bar". Turn left up this road and drive for approx 1.8KM and you will spot the ruins on your right hand side. We parked at the wall of a house a few metres further on the left without blocking any entrance.

Posted by Castlehunter at 17:52 No comments: 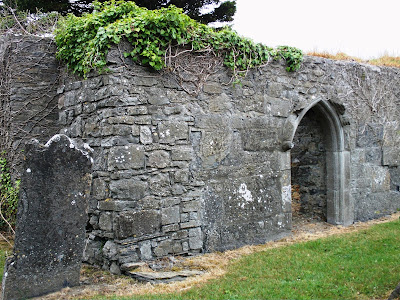 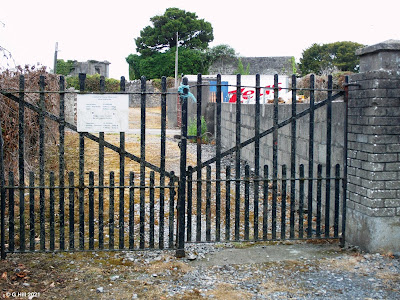 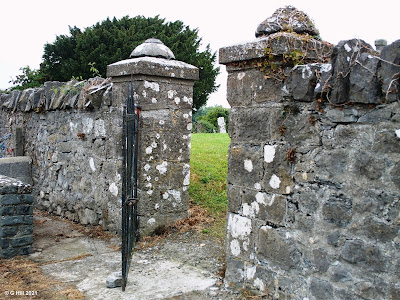 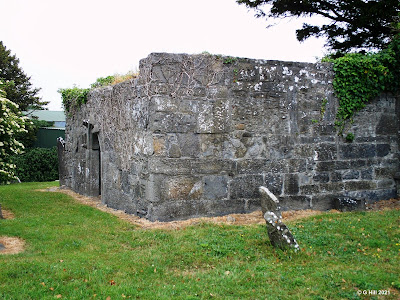 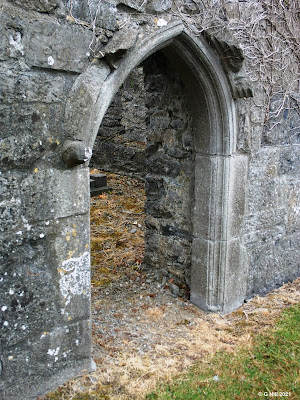 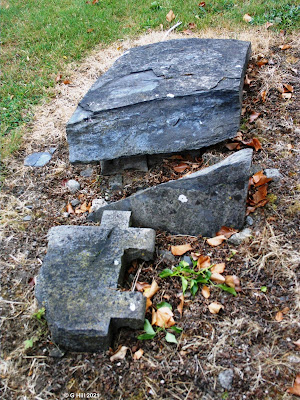 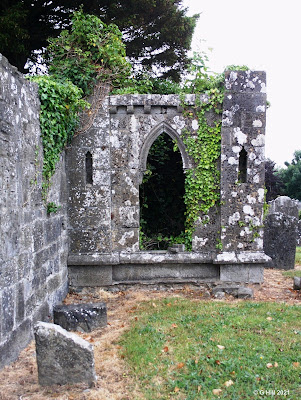 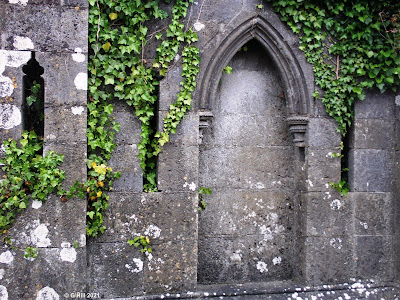 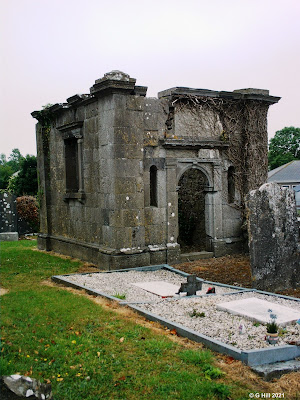 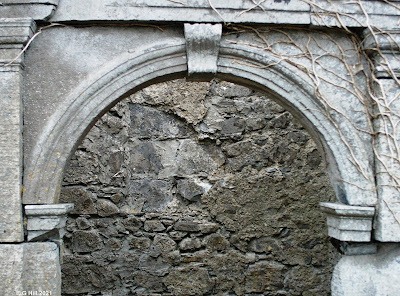 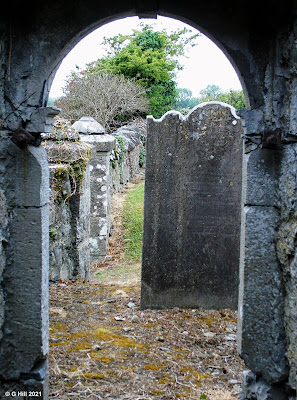 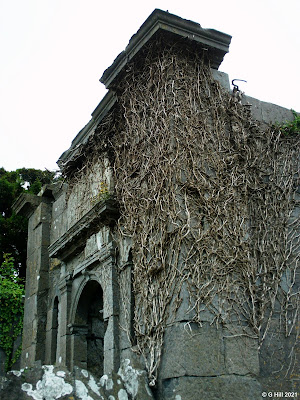 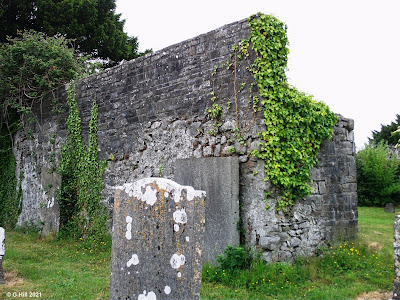 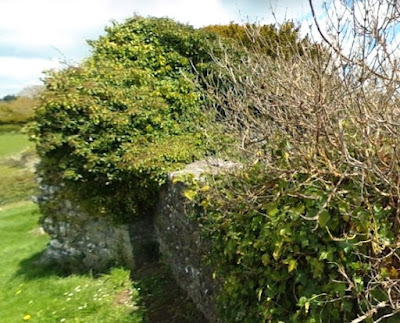 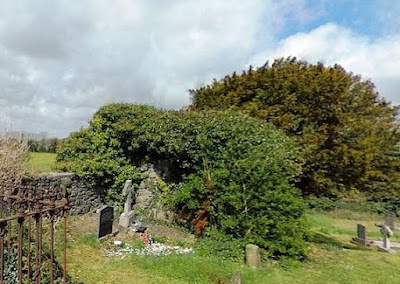 Posted by Castlehunter at 20:09 No comments: