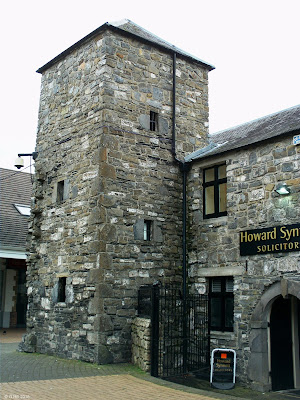 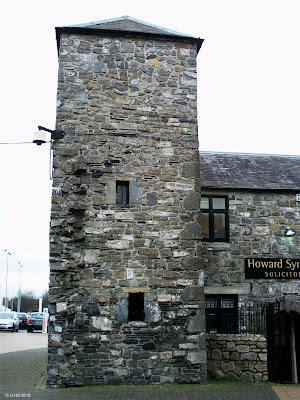 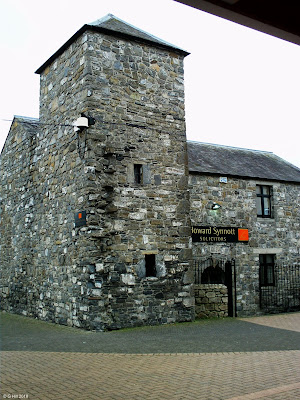 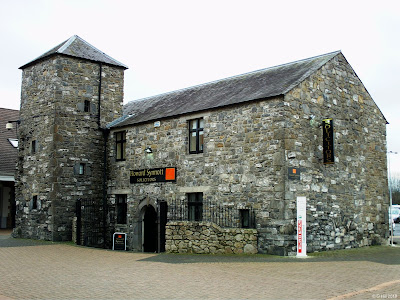 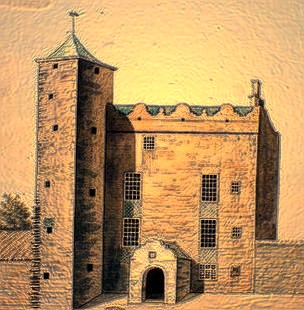 You never know when you are going to come across some hidden historical site that is literally under your nose. I had been aware that there had been in the past a castle at Ballyowen but with all the development of the area in the closing years of the last century I imagined it had disappeared into rubble. Well thanks to Kevin Andrew for mentioning it’s existence on the comments in the Old Irishtown Castle post.(see here)
Only a portion remains today and it has been incorporated into Ballyowen shopping centre and is currently in use as a solicitor's office.
The castle originally dates back to the 16th century but there is not a lot of information relating to it other than it was occupied in the 16th century by the Taylors and subsequently by the Nottinghams and the Rochforts in the 17th and 18th centuries.


Looking at the structure now really the only original remains are of part of the tower. If you look at some old prints depicting the castle you will notice it was L-shaped. The tower was also much taller standing at three storeys. The building attached to the tower today is probably the remains of the later added farm house building.


While not the most spectacular of sites it is still interesting to see how the past can be incorporated into the present and form a function.


To find the Castle remains take the N4 west from Dublin and exit at junction 3 for Ballyowen. At the traffic lights at the top of the exit ramp turn left onto the R136. Drive on through the next major junction and continue on until you pass The Penny Hill Bar on you left. At the next junction just past the bar turn left and then take the first left into the car park. The castle building is at the bottom of the park beside the Eurospar shop. 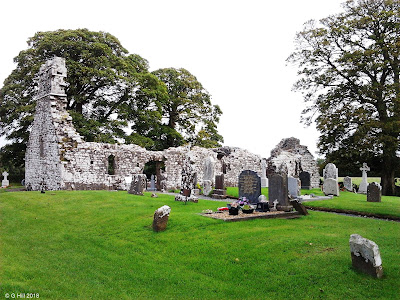 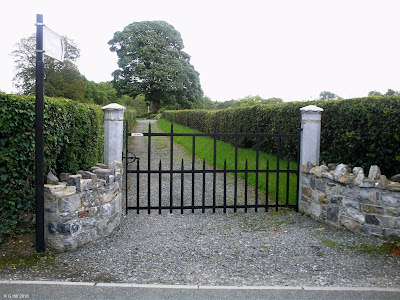 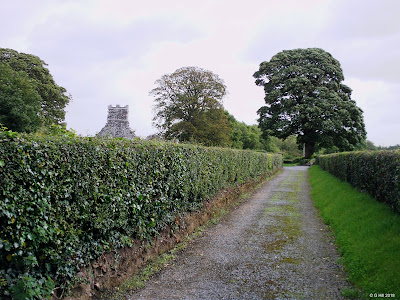 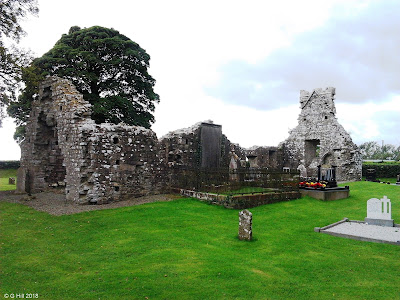 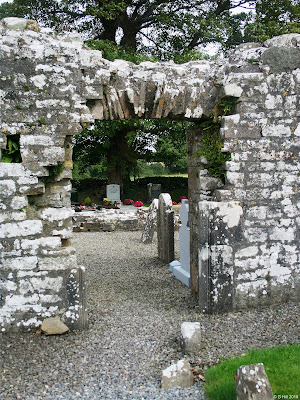 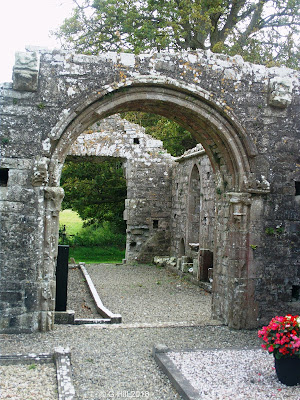 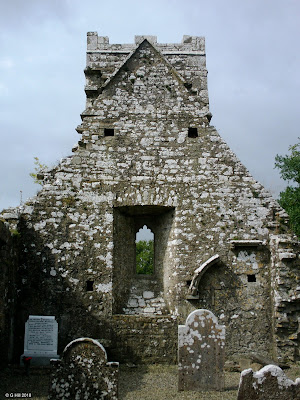 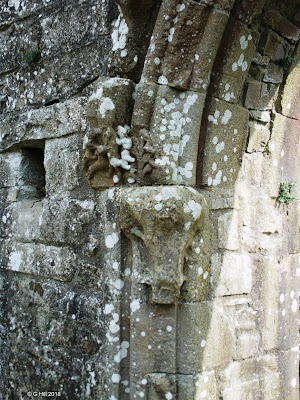 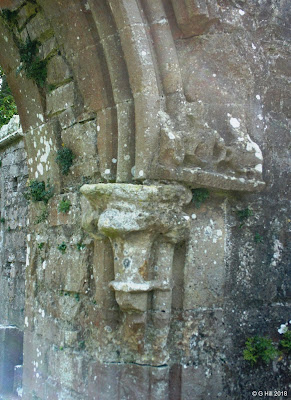 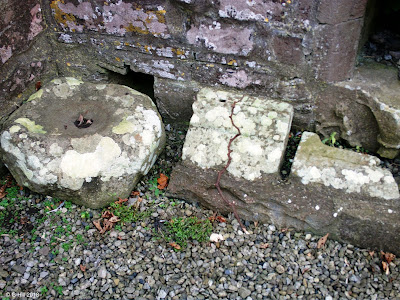 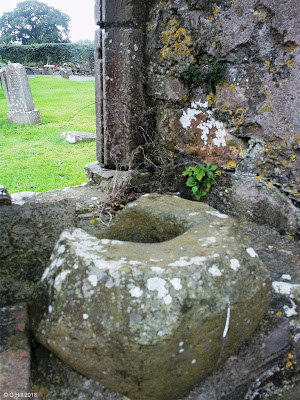 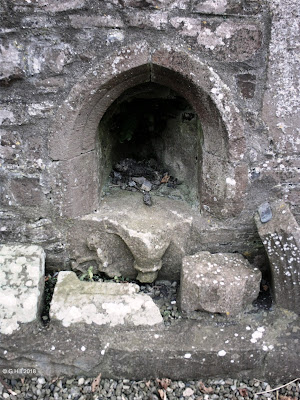 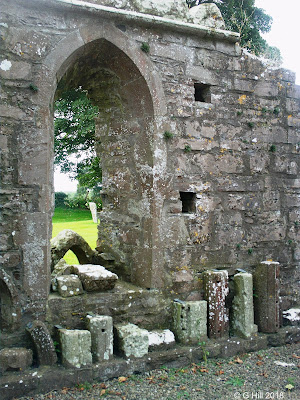 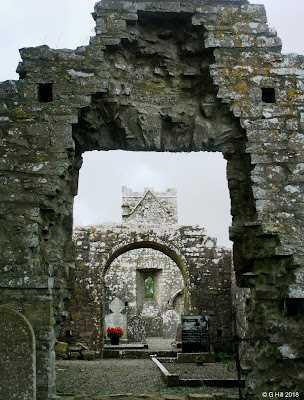 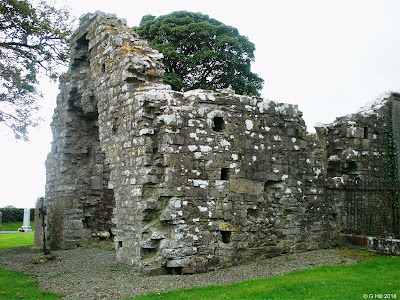 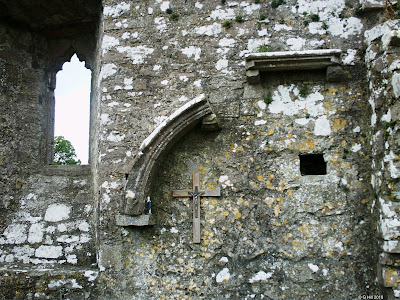 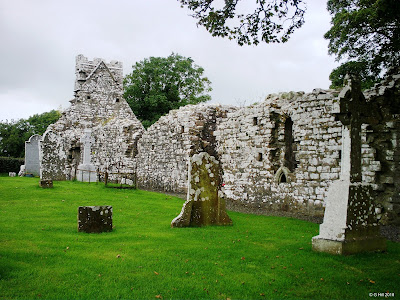 The site on which this Church was constructed is believed to be that of a monastery founded in the 6th century by St Finian of Clonard. The ruins we see today are the remains of a Church built by the Norman family De Angelu or the Nangles. They had been granted the land by Hugh De Lacy who was then Lord of Meath. It became the local parish church of St. Brigid in the 13th century and a lot of rebuilding was done over the next two centuries before it finally became a victim of the reformation. It is listed as being in ruins in 1612.
What we can see today are the remains of the chancel and nave. Within are the remains of a very fine arch  with decorative carvings on either side. Really well worth having a look at.  Both gables are quite tall and the West gable has the remains of a bell cote. It is a very lengthy  building and probably was quite important in its time. On the visit I came across a number of interesting remnants including a small bullaun stone in the nave and also a font. The grounds are well maintained and is a very peaceful site.
To find the ruins take the N3 heading North and exit at junction 8. The circular slip road leads you onto the Navan South road. Continue on this road until you reach a roundabout just past an overhead footbridge. Turn right off this roundabout onto the R147 and take the second turn right just past the Old Bridge Inn. Drive for approx. 1.2KM until you pass Keating’s Oil on your right. Just past Keating’s there is a turn right with a sign pointing to Bective GFC.  Turn down this road and after approx. 300m you will see the Church grounds gate on your left. You can park on the footpath here.
Posted by Castlehunter at 14:59 2 comments: