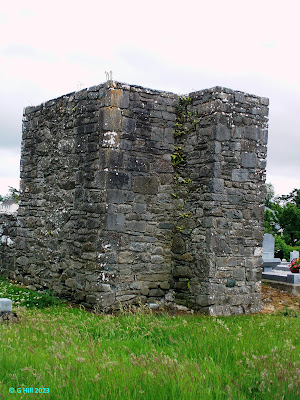 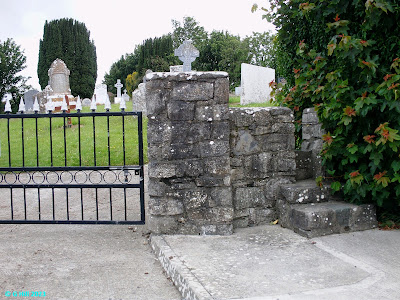 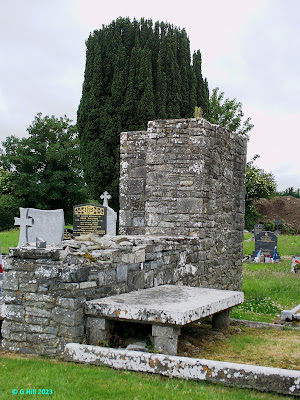 Above Image: Remains of North wall 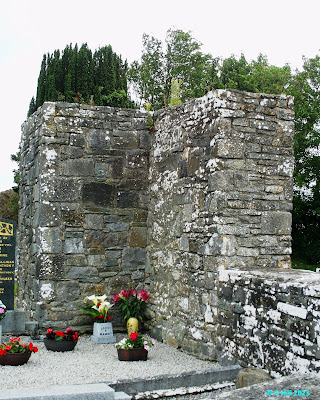 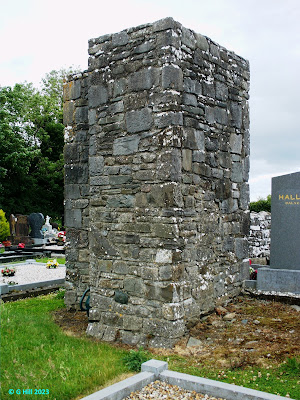 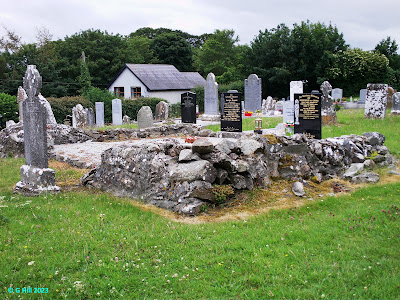 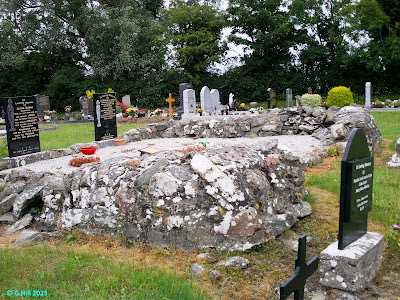 Here we have another ruin hidden away in the North of County Dublin bordering on County Meath. The graveyard containing the church ruin is located to the West of Balscadden village and is also known as Tobertown. The original Gaelic of the name Balscadden is Baile na Scadan or Town of the Herrings.

The placement of a church here dates back to the late medieval period, with an original building being mentioned as being under the auspices of the Priory of Holy Trinity as far back as 1275. The present ruins are thought to date to 1419 and are dedicated to St. Mary. The nave and chancel appear to have existed intact until the early 17th century but fell into ruin in subsequent years aided and abetted by the cannons of Cromwell's forces as they marched towards Drogheda.

The remains standing today appear to be a corner section of the Northwest wall and small part of the Northeastern wall. A few yards to the East of this section are some foundations of a square chamber which is likely to have been an ecclesiastical building associated with the church. A holy well named after St. Mary is situated in a hollow in the graveyard but the water which rarely shifts level is quite stagnant. When we visited there was a number of workers in Hi-Vis jackets pottering around the entrance gate and trimming the interior. They paid no mind to us as we explored the site. Little is left now to examine of the church but what is extant is being upkept and has become a sort of central feature in the graveyard.

To find the ruin take junction 6 from the M1 motorway onto the R122 towards Balbriggan. Drive until you reach a roundabout and continue straight on through. After a short distance you reach a crossroads with the L1130. Turn left here following the sign for Balscaddan. Drive for approx. 2KM and take the second left hand turn, again signposted for Balscadden. Continue up this road passing the Balscadden Inn which is on your left and then across a small stone bridge over a stream. About 50 metres further on you will see a pull in lane on your right. This allows parking at the graveyard entrance.

Posted by Castlehunter at 20:29 No comments: