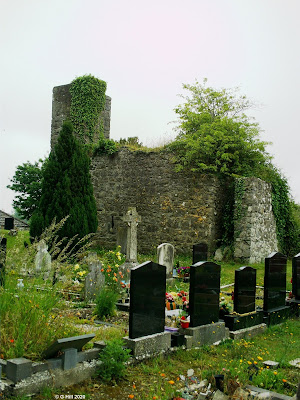 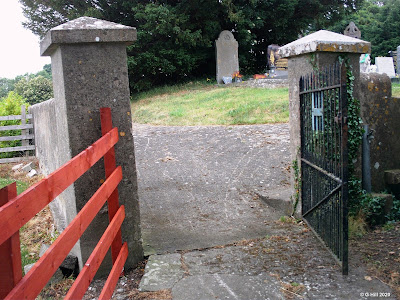 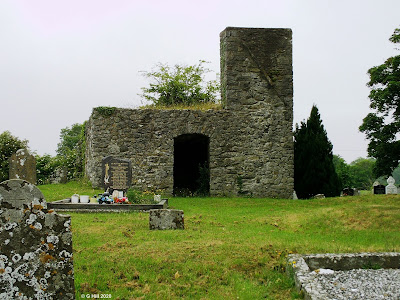 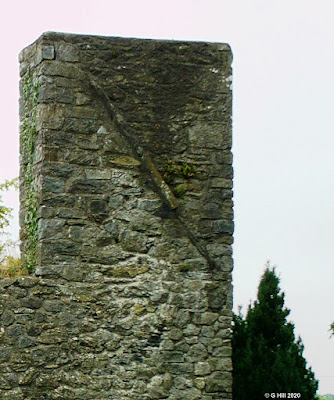 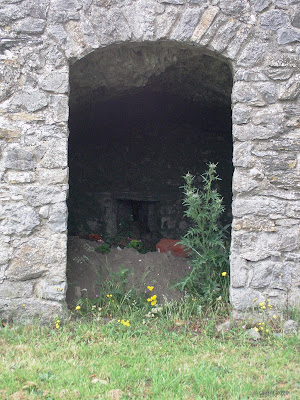 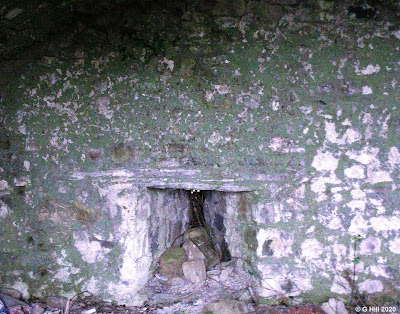 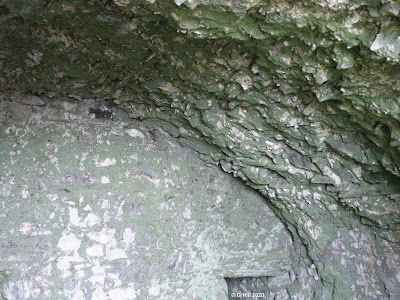 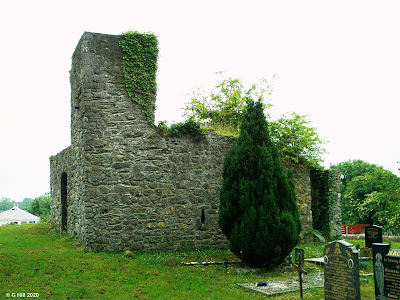 Posted by Castlehunter at 17:52 No comments: 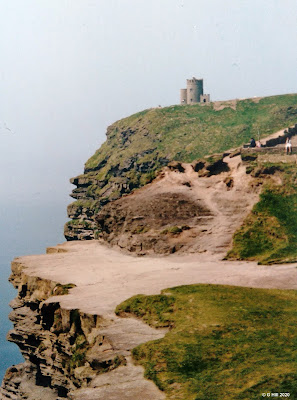 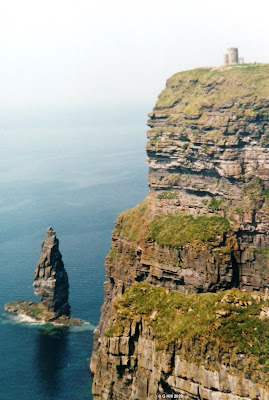 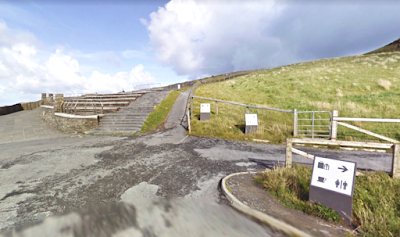 Above Image: Part of the Pathway to the tower 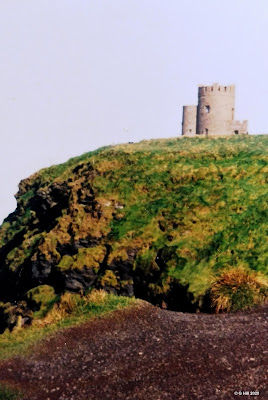 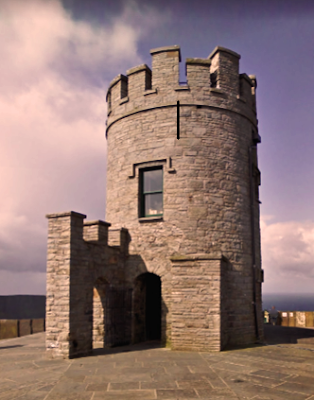 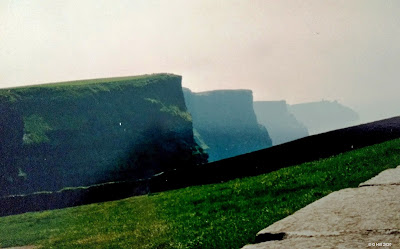 Above Image & Below Image: Views of the Cliffs 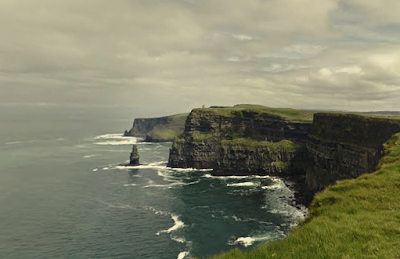 Cornelius O'Brien a wealthy landowner of the estate of Birchfield and of some 10,000 acres was a parliamentarian representing County Clare for around 20 years beginning in 1832. His legacy appears to live in the existence of this tower and the various improvements he paid for in making it accessible to visitors more than in the fact that he was a well to do landlord. Many speak today of his treatment of the tenantry in harsher words than those in the day who applauded his vision of early tourism.
The castellated tower was a folly he built to impress visitors and indeed some of his lady friends as well with it's commanding views of the famed Cliffs of Moher
There was apparently also a tearoom built inside along with a staircase to the top and a large cast iron table outside. He built the tower in 1835 and with new pathways leading to it attracted flocks of people. The tower over time was weathered by the salt air sweeping in from the Atlantic and in 1970 it was decided to renovate it and open a small visitor centre nearby. Between 2005 and 2007 a larger brand new centre was constructed into the landscape and covered over so that it blended pleasingly into its surroundings
Today you can visit the centre and if by car it will cost 8 Euro per adult for entry, a price I find a bit punchy if I might say. This fee includes entrance to the centre, car parking and access to the cliffs. To enter O'Brien's Tower it is another 4 Euro. But truth be told the views at ground level are spectacular enough. I like the look of this little tower as it stands like a sentinel above the vast ocean that sweeps up against the cliffs with the next port of call just above the 53rd parallel being Belle island off the North coast of Newfoundland.
If you are on foot you can bypass the visitor centre and it is on an  honour system that you will pay at the centre. Locals tell me that it is a right of way to the cliffs and have never been asked to show a ticket. But if you wish to have the visitor experience inside you can always opt to pay at the visitor centre itself.
We were impressed by both the new pathways and the views from there. The tower is well worth a visit and I have heard that since my visit it has been newly rendered with lime to match how it originally looked, From the tower area you can look down also on the magnificent sea stack called "An Branan Mor" and the distant Hags Head which I hope to visit as soon as this pesky virus moves on.
One word of advice try and visit early in the morning or late evening to avoid crowds, tour buses etc.
This site can become extremely busy at times.
To find the tower take the N67 South from Lisdoonvrna and follow the signs for the cliffs. Approx 2Km out of the village take a right hand turn onto the R478 again following the "Cliff" signs. Drive for approx 8KM on the R478 until you see the car park on the left. This is where you pay the entrance fee, so if you are just walking up to the cliffs only then it would be advisable for the driver only to park the car and join the others on foot as the charge applies to each person in the car. Alternatively if visiting during June - August a shuttle bus serves several towns to the cliffs. See info here  https://www.cliffsofmoher.ie/wp-content/uploads/2019/05/Cliffs_of_Moher_Shuttle_Bus.pdf and prices here https://bookings.cliffsofmoher.ie/
Posted by Castlehunter at 15:59 No comments: