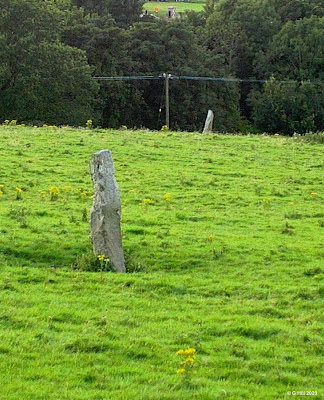 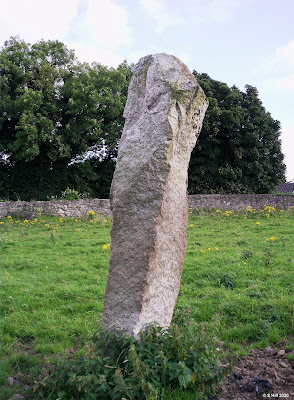 Above Image & Below 4 Images: Southern stone (X4 on map) 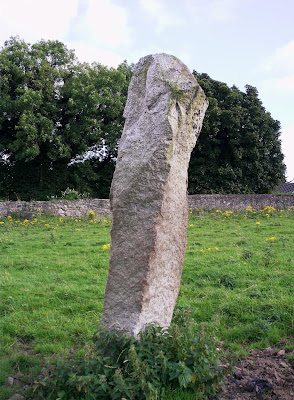 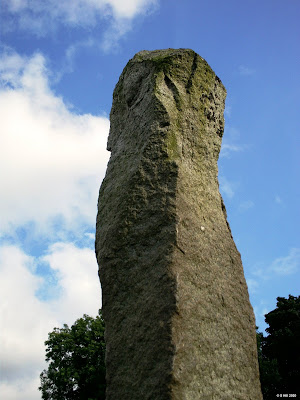 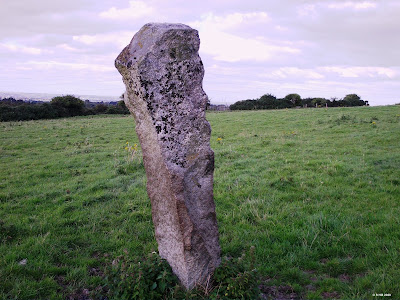 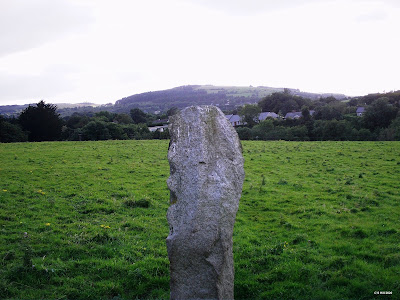 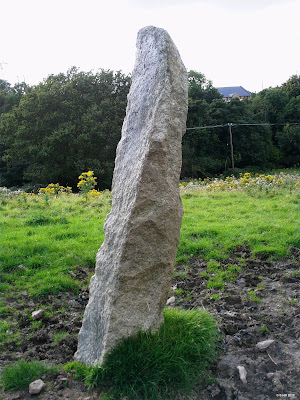 Above Image & Below 3 Images: Northern stone (X3 on map) 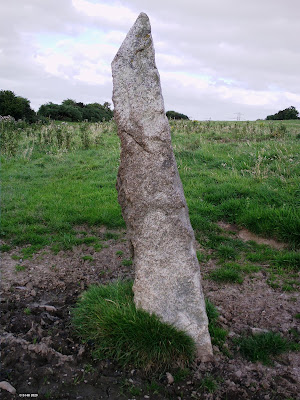 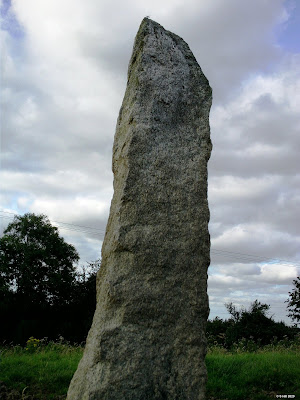 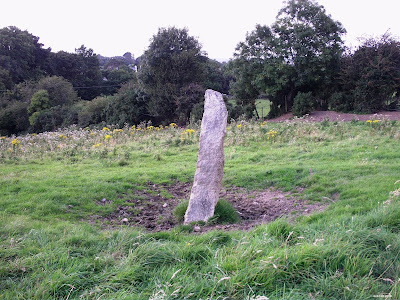 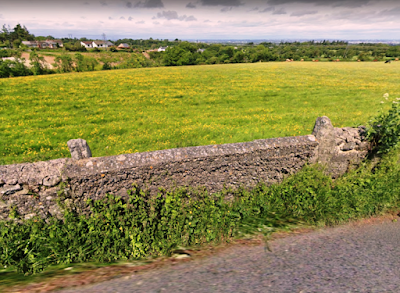 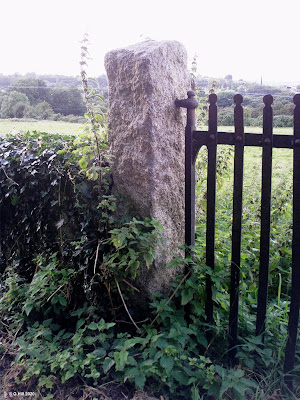 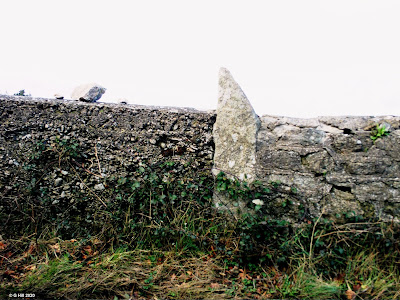 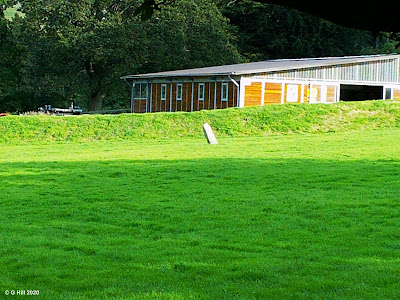 Above & Below Image: Paddock stone (X7 on map) 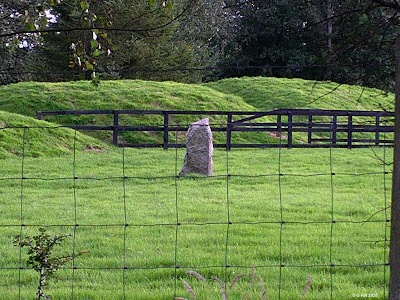 We set out to see this pair of standing stones only knowing the name of the road that they could be found along. The Tibradden Road is a narrow road and virtually impossible to find a safe parking spot on so we by passed the entrance to it at the junction with Mutton Lane and continued on to the next left turn which is a small cul-de-sac named St. Brendan's Terrace and parked there. We then walked back to Tibradden Road and we were glad we did as while walking the 300 or so metres down to the field which contained the stones we came across what looked to be two further stones set into the boundary wall acting as gateposts to a now bricked up gateway. (X1 & X2 on map above)  We found two more just beyond the point where we could see the pair of standing stones in the field again set into the wall acting as gateposts.(X5 & X6 on map). X5 has a metal gate attached that just would not open) It is most likely that these are not the original positions of these 4 stones but then again one of two might just well be.
With no proper access gate we had to clamber over the boundary wall to get access to the field stones. The ground was lower in the field than on the road so we just looked along the inside of the wall until we found a spot a bit higher. There were one or two cows in there but no prohibitive signs. The two stones in the meadow we named X3 and X4. X3 is the more Northern of the pair and stands at approx 2.0m in height and leans at an angle to the East. The Southern stone X4 is approx 1.8m high and is more straight only leaning slightly Westward. Although these stones aligned with each other they did not appear to have any distinct alignment with the boundary wall stones. They do appear to have an alignment with yet another stone which we discovered was positioned in a field on the opposite side of the road and on private ground in what appeared to be a paddock. A better view can be had from the fence on Cloagh Road which is a road leading off Tibradden Road about 80m past position of the field stones.The stone appears to approx 1.5m in height and again is leaning, this time in a Southerly direction.
If in fact that the alignment is deliberate then the 4 boundary stones may have originally been positioned to form a series of way markers, but to where?  The stones at Rockbrook we think may be associated with another standing stone that is positioned in nearby Kilmashogue. It is marked X8 on the map. (see earlier post here) The stone there aligns with the wedge tomb in the woods and further than that the Fairy Castle passage tomb on Two Rock mountain.(see post here) Take away all the modern roads and buildings and you may have had the makings of a Bronze age trail to an important burial site high on a mountain. It is food for thought anyway. Interestingly none of the 8 stones we have seen are marked on any Ordnance Survey map which I find curious as they certainly have some historical significance. There may be other stones hiding from view along Tibradden Road as the wall in parts succumbs to overgrowth or some may be hidden in the trees beyond it, but what we came across was proof enough for us that this was more than an ordinary site and the origins and meaning of these stones are still shrouded in mystery.
To find the standing stones take the Edmondstown Road (R116) leading South from the roundabout with Taylor's Lane and drive for approx 2.2KM until you pass the Merry Ploughboy pub on your left. About 300m past the pub take the next left turn (a road sloping down adjacent to the main road) About 120m along, the road veers to the left with another road going straight on. The road veering left is Tibradden Road down which you will need to walk and the road straight on is Mutton Lane. Drive onto Mutton lane and park in the road which is next left. This is St. Brendan's Terrace. Walk back to Tibradden Road and follow our route on foot as mentioned above.
Posted by Castlehunter at 15:57 No comments: