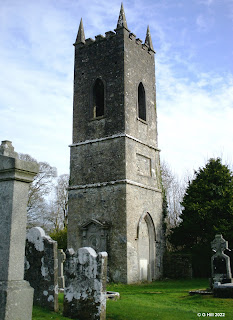 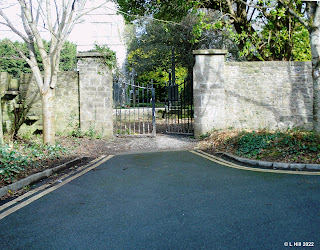 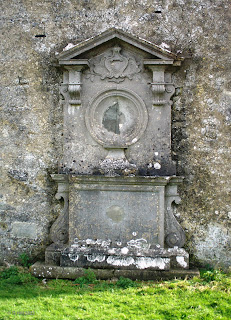 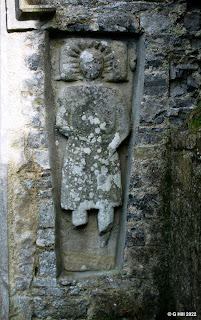 Above Image: The medieval grave slab 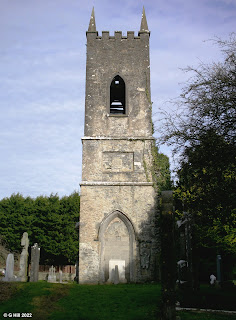 Above Image: South face of tower with grave slab
in bottom right corner.
An old graveyard hidden down a small lane in a pleasant Co Meath village? A ruinhunter's delight!
A medieval church once stood on these grounds but by the 1690's it had fallen into ruin with only it's chancel still evident. This too has now disappeared leaving no trace of the small church. The ruin standing today is of the Church of Ireland church named "The Holy Trinity" which was built in 1817 on an elevation within the graveyard. For such a recent construct there is little left intact apart from some foundation walls covered by bushes, but the bell tower which is on the Western side remains mostly extant. It is described as a three stage tower with castellations and is listed as a protected structure.
The walls of the graveyard surrounding this tower are believed to date from the 16th century but the West side was demolished to extend the graveyard to accommodate more recent burials. The wall at the gate contains one of the highest stone stiles I have ever come across! But on this occasion the main cast iron gates were unlocked.
By far, to me at least, apart from the tower the most interesting feature here is the medieval grave slab dating to the 13th/14th century which has now been placed into the base of the South wall of the tower. The effigy on the slab depicts a knight dressed in a surcoat and chainmail with a sword attached to his belt. He is lying 'In Pace'  his head without a helmet upon a pillow. Time has rendered some damage as his legs are now missing from beneath the knees. An inscription in what appears to be Lombardic style lettering surrounds the edge but time too has taken its toll here as well and the lettering is now mostly worn away. Considering it's age it has weathered well enough and I'm glad I took the opportunity to stop by and see it.
The ambience here is quiet with a distinct air of antiquity and very few individuals present apart from some visitors to the newer grave section. It is certainly worth a stop if in the area.
To find the ruin take the M2 motorway and exit at junction 3 following the loop road over the motorway until you reach a roundabout. Take the first exit left onto the R125 and continue on for Ratoath. When you reach the next roundabout take the third exit for Ratoath. Drive into the village until you see 'The Auld Stand pub' on your right opposite the new church. The right hand turn at this pub is Glebe Lane and the old graveyard gate is a few yards down. Parking on the lane is prohibited so you will need to park in front of the pub or a few yards before where there are designated parking spaces and then simply continue on foot around to the ruin.
Posted by Castlehunter at 16:53 No comments: 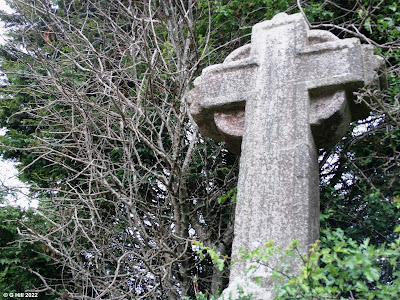 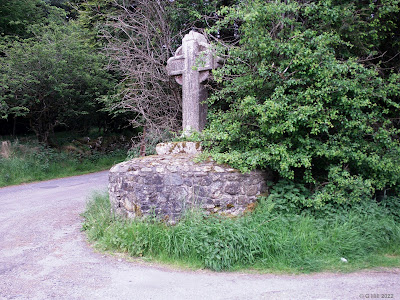 Above Image: Cross and base at road junction 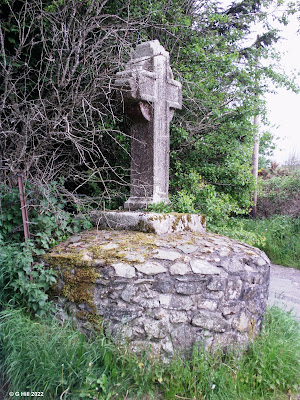 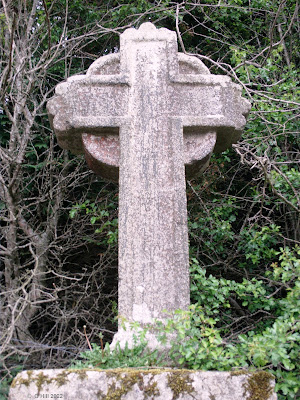 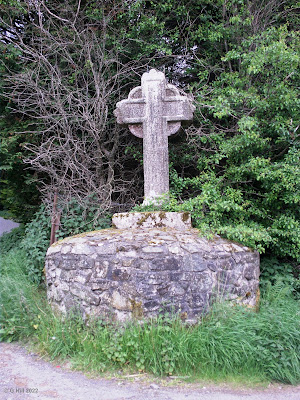 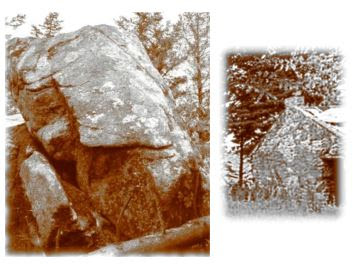 This stone cross is to be found in the Dublin mountains just above the town of Tallaght on the Ballinascorney pass. The cross stands on a junction of the old road to the Kilbride army camp and the newer road that leads towards Brittas (the R114). Like many antiquities it can be easily missed.

The cross unlike some of the others I have previously posted is not an ancient cross but a commemorative one built to mark those who died in the great potato famine which began in Ireland in 1847.

The cross is made of granite which is dominant among the hills of Dublin and Wicklow and stands a little under six feet tall and at it's widest, three feet. It has been placed upon a circular stone base giving it even more height. It is roughly dated to around 1850 and became a directional point for the way to the mass rock in the forest on the slopes of Ballymorefinn Hill approx 2KM away. Mass rocks were designated sites where during penal times almost 350 years ago Catholics celebrated mass in seclusion when mass was banned and any clergy found celebrating it risked being executed.

A small stone cottage ruin is situated in the trees on private ground just behind the cross. It is aptly called Stonecross cottage.

To find the cross take the R114 towards Ballinascorney from the crossroads at the old mill pub in Tallaght and drive for approx 4.5KM until you see a little slip road on your left (L7462). Drive up the slip road and the cross is at the top at he fork in the road. You can park on the grass verge opposite.

Posted by Castlehunter at 19:41 No comments: