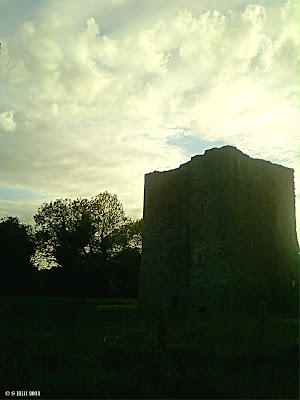 Above Image: Threecastles at sunset 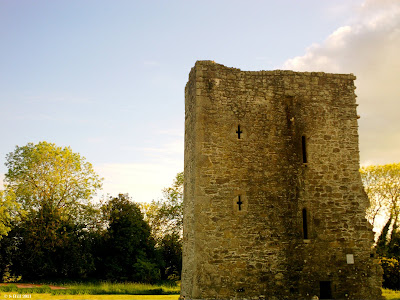 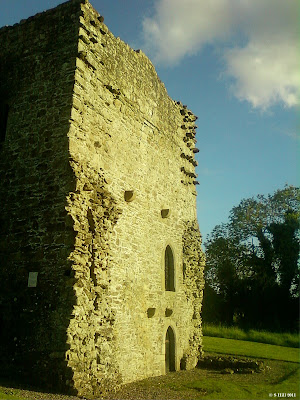 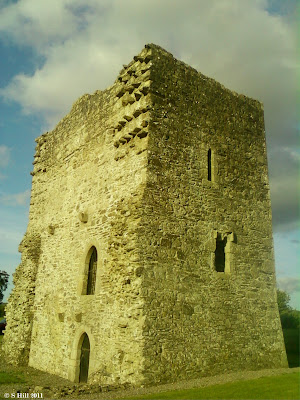 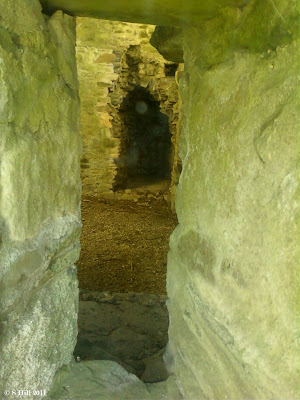 Above Image: A view of the interior through the East side window 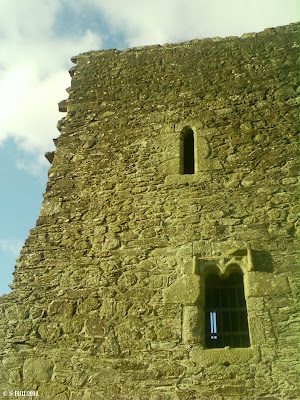 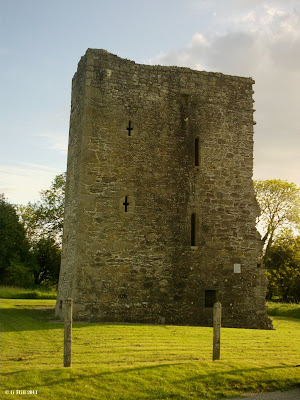 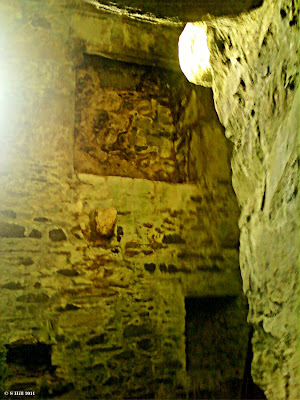 Above Image: Another interior shot Through
the East side window


Threecastles derives it's name from the fact that when it was built around the 14th century there were two other Castles in the same area. This gave rise to the Townland of Three castles. Today, this particular Tower is the only survivor of the three.
The Tower consists of three storeys and a staircased turret at it's North Eastern corner. The exterior is in good shape and stands solidly on it's ground.
The Castle's history is sketchy, but it is known that it was involved in an incident in 1547 when English forces along with Brian O'Toole defeated the Fitzgeralds here. The Castle is situated on what was the very western edge of  The Pale and so was no doubt prone to frequent rebel attacks.
Threecastles is well worth a visit as it is a fine example of  it's type. It is situated in a field by the roadside and is convenient to stop for a quick once over. There is parking space for about three cars outside the wire fence protecting it. You can cross this fence through a metal stile . The site is in the care of the OPW, so although the meadow surrounding it is overgrown ( remnants of a picnic table juts out of the long grass) the area directly around the Castle has the lawn cut and stones laid to form a pavement. Being a bit out of the way we have yet to come across any other visitors on the few occasions we were there and on a pleasant day it is a nice spot to stop for a picnic.  There is also a walk you can take around Blessington lakes nearby.
The castle has a fine example of a vaulted or arched doorway on it's Western side. Unfortunately this door is kept padlocked so no interior access is possible, but you can however peer through the narrow window on the East side and on most occasions the sunlight illuminates the inside.
On the West side there also appears to be remnants of a long since vanished structure that was one attached to the main tower but this has since crumbled away.
To find Threecastles, take the N81 from Tallaght towards Blessington. After passing through Brittas, look for a left turn sign for the R759 to Manor Kilbride. Continue on through the Village and after Craul's Shop (seen to your right) you will come to a fork in the road. Take the right hand fork and you will locate the Castle about a mile down the road on your left.
Posted by Castlehunter at 13:02