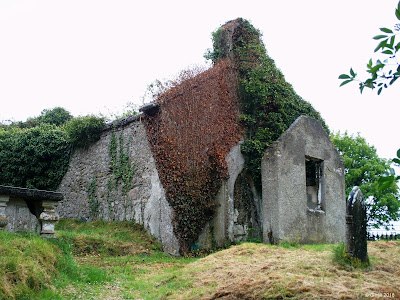 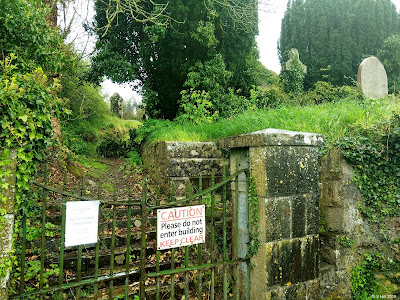 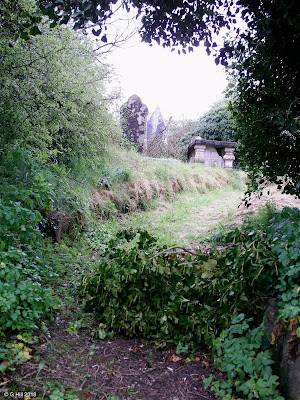 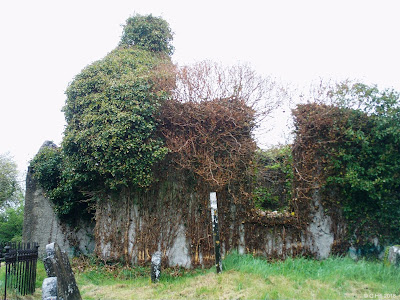 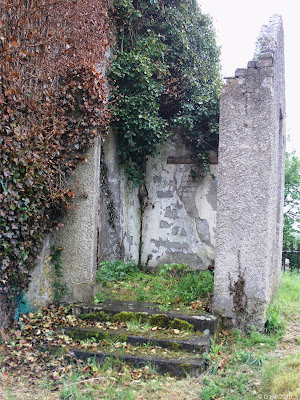 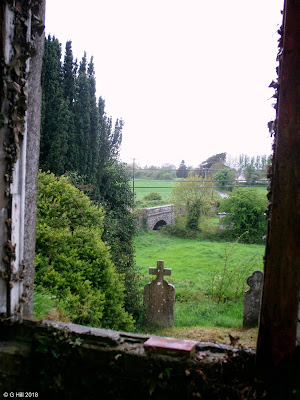 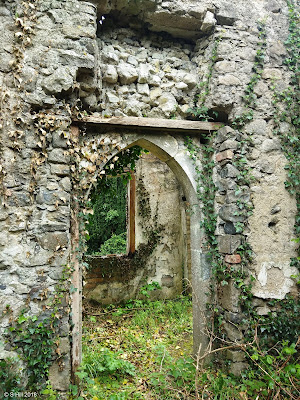 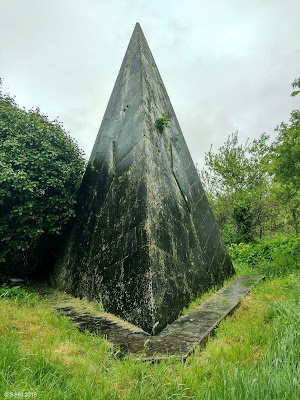 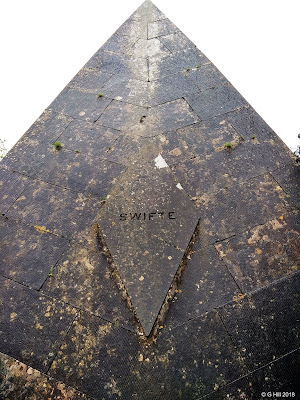 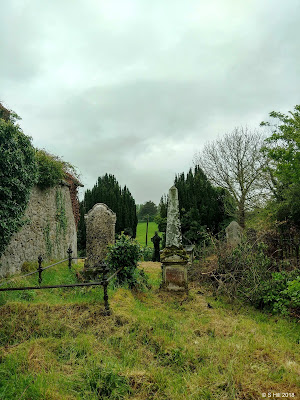 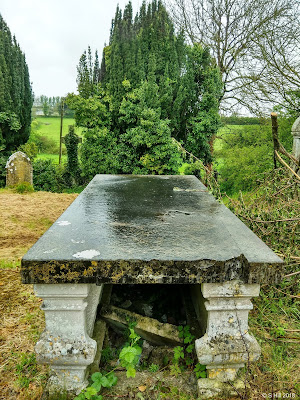 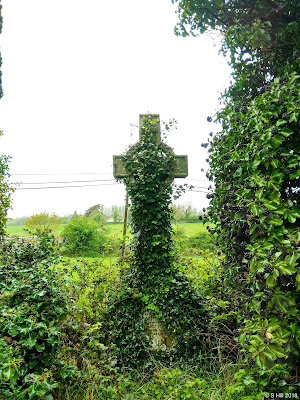 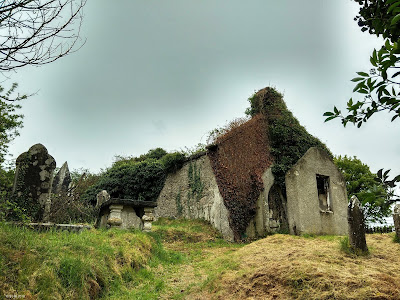 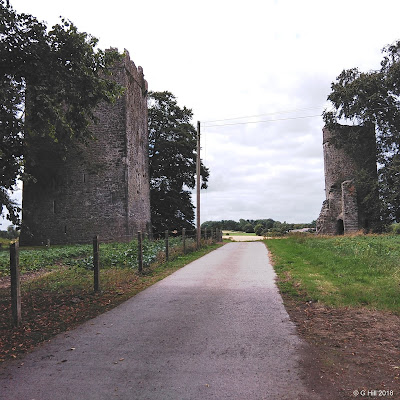 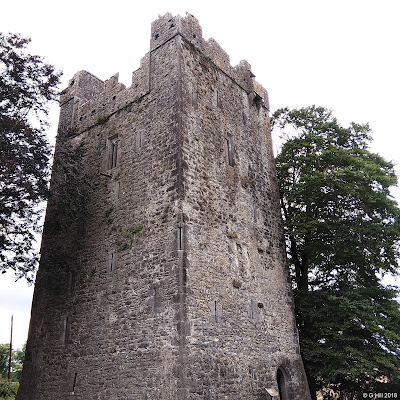 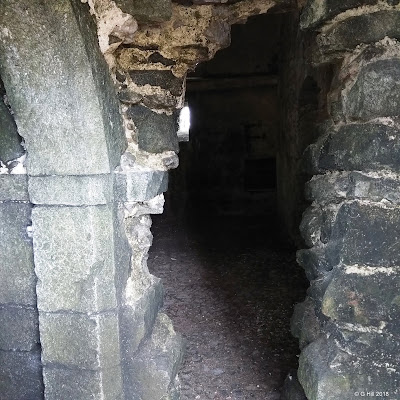 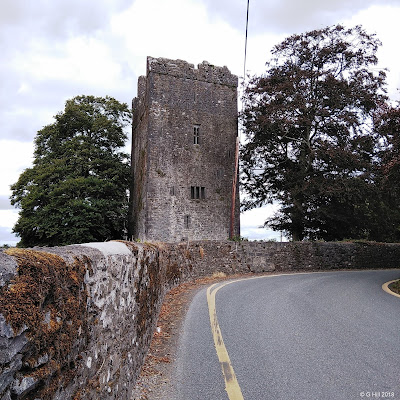 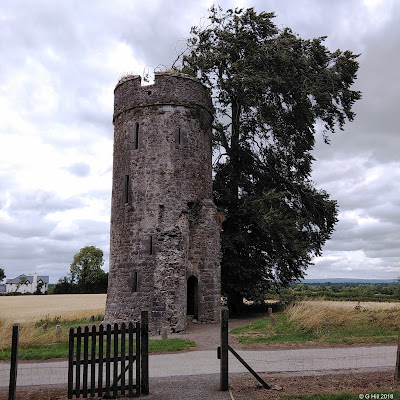 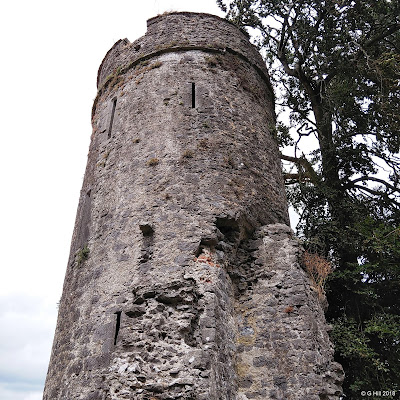 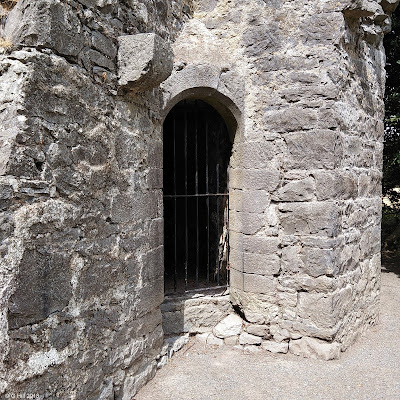 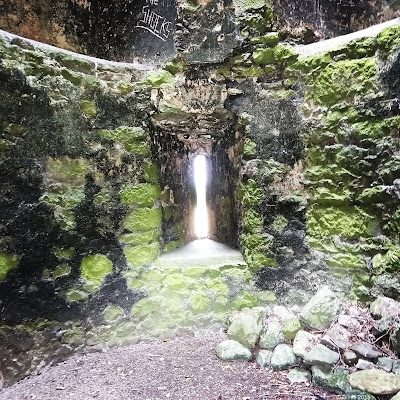 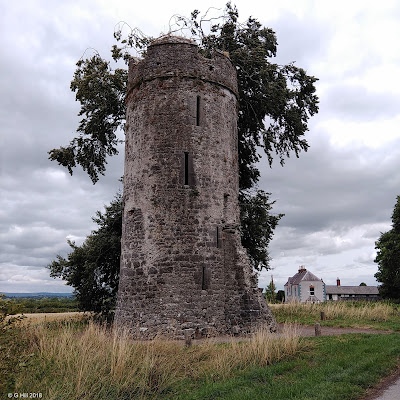 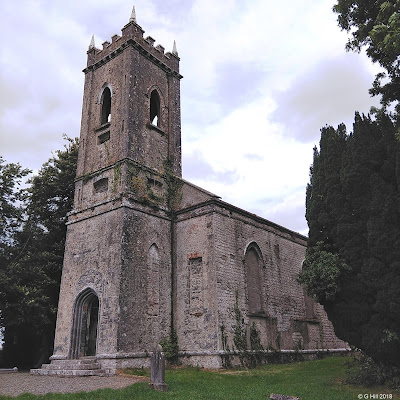 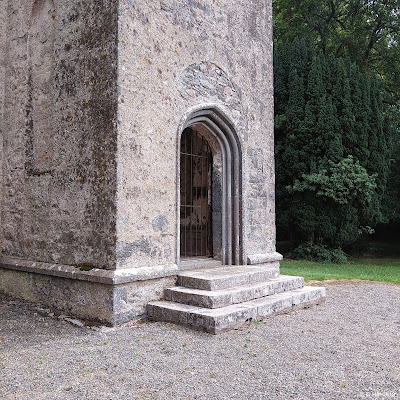 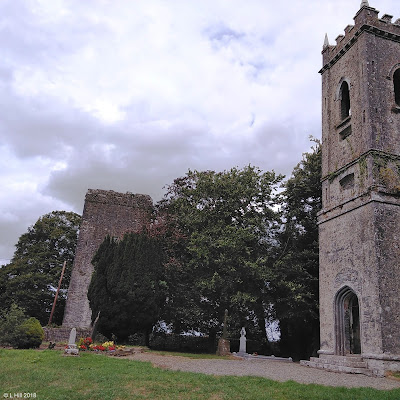 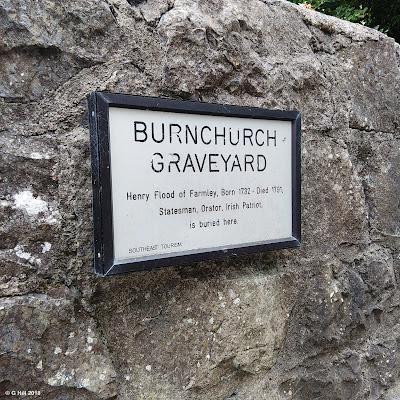 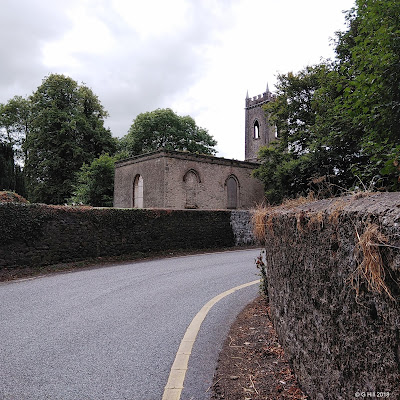 Situated in Co Kilkenny and not too distant from Callan Friary (see post here) and the expansive Kells Priory (see post here) lie the ruins of Burnchurch castle. This 15th century tower house was built by a branch of the Anglo-Norman Fitzgeralds. It consists of six storeys with the uppermost floor serving as a hall. Several flights of stone steps are set into the wall starting from inside the doorway on the North facing wall. On the crenellated top the North and South walls rise to form turrets. The tower house had an attached great hall now non-extant and a surrounding bawn, the only evidence left of this is the 12.5 metre high round turret which lies adjacent with part of the bawn wall still attached. The castle fell into the hands of Col. William Warden during the Cromwellian invasion of the mid 17th century and was granted later in 1666 to Major Francis Flood through his marriage to Anne warden. It continued in use as a residence until 1817.
The castle is clearly on private farmland and a rudimentary sign clearly states no entry but yet there is a pedestrian gate to the left of the large electric gates allowing easy access. An information sign is placed at the doorway to the tower but the doorway is padlocked as is the doorway of the turret. I imagine that the landowner may also be the key holder so a little more research may be needed to gain access to the interiors. I have heard that not so long ago it was possible to climb to the top so I will investigate that for a future visit. Nonetheless both the tower and turret are well worth seeing especially in conjunction with the ruins of the old Church of Ireland building that lies across the road. It was commissioned in 1810 by the board of first fruits which had a long standing building programme for the protestant community. It was built on the site of a former medieval church and so the graveyard consists of of mixed internments. The Church, a single cell Gothic-style structure may have originally had a spire on top of the tower but it along with the roof are now gone. The church in use up until 1947 has now fallen into ruin.
To find this interesting set of ruins take exit 9 of the M9 motorway and follow the signpost for the N10 to Kilkenny. On the N10 take the first left turn signposted for Callan and Danesfort Church. Drive for approx 4.5KM (passing through a crossroads with the R697) and you will spot the ruins on a curve in the road. You can park alongside the gate to the castle but try not to obstruct the gate as it is used by the landowner.
Posted by Castlehunter at 17:21 No comments: