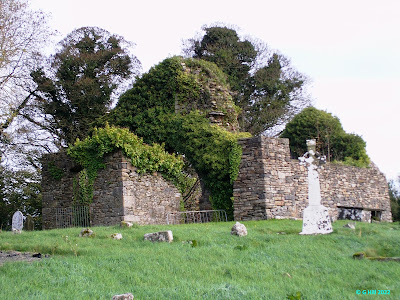 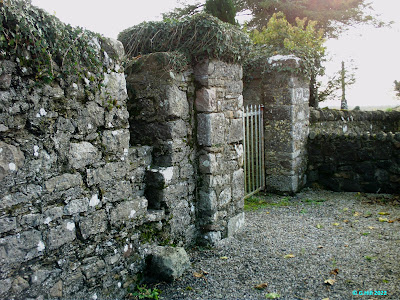 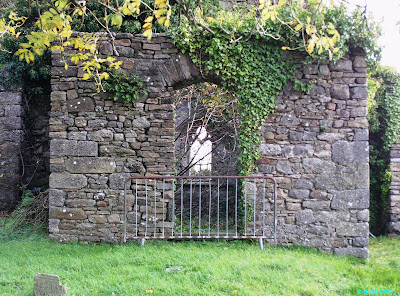 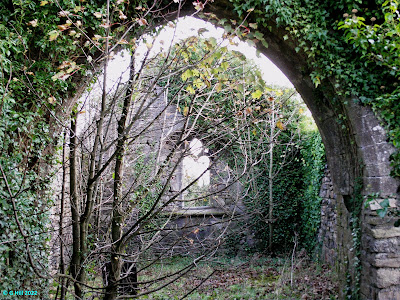 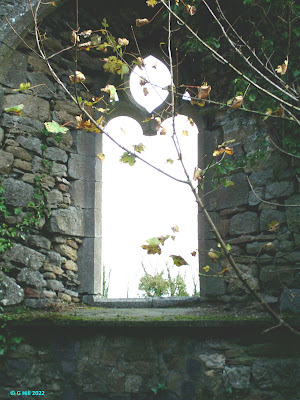 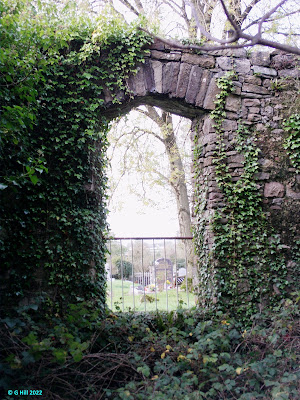 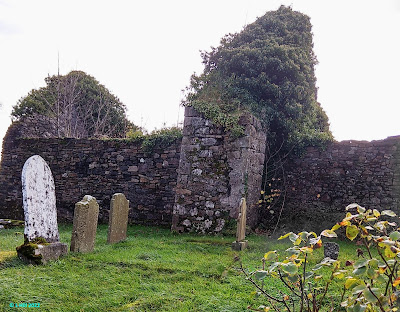 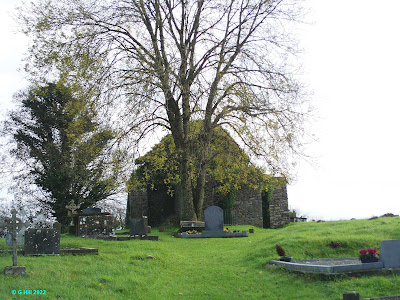 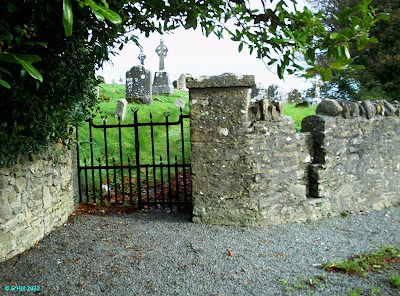 Above Image: Gate to Catholic graveyard 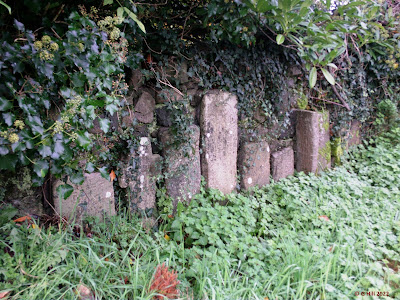 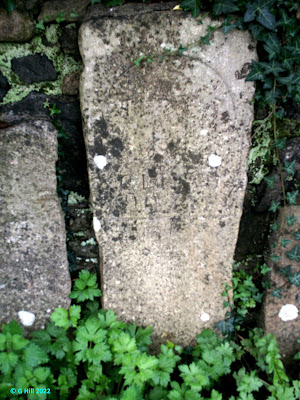 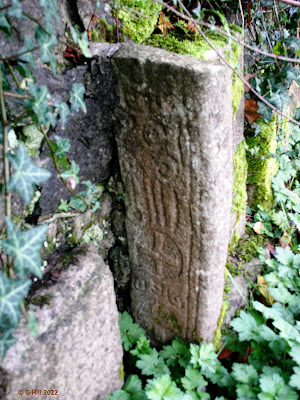 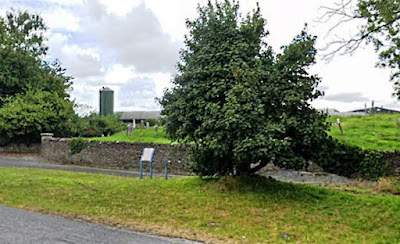 The ruins of this medieval church can be easily spotted from the R445 and were striking enough to draw us off the road from our journey towards Mountrath.

The site upon which the ruins lie is of some significance as this was the ancient site of the monastery of Clonenagh founded by St. Fintan in the mid 6th century. St. Fintan was a protege of St. Colum of Terryglass, Co Tipperary and is said to be buried at Clonenagh. The legendary literary work known as "The book of Clonenagh"  written in the monastery disappeared sometime during the English invasion and is thought to have been passed down clandestinely through the years, now residing privately in God knows what part of the world.

The monastery at Clonenagh was known to be somewhat austere in its practices but nonetheless flourished. It came under attack by the Danes in 838AD but was not totally destroyed and managed to survive to some degree until the Cromwellian invasion some 800 years later. The The church remains extant today were ruinous by the late 16th century but were adapted into a protestant place of worship during the plantation surviving with partial repairs until the 1840's when the church finally fell out of use. The graveyard surrounding the ruins contains internments of parishioners of the Church of Ireland.

The church measures approx. 27 feet x 27 feet consisting of part of the nave and a chancel with dividing arch.

We found entry by a rather stiff metal gate in the Western wall although had this not opened there was also access by a stile in the wall. The ruins are situated on elevated ground and the area below them is maintained. Several barriers have been placed at entry points which can be moved to gain entry. Within, although at least on our visit, it was quite overgrown and this might have been deemed a safety hazard so tread carefully if you decide to enter. The archway is the most impressive feature although the damaged East window is also of some note, otherwise it is pretty much a featureless shell.

A few yards opposite on the North side of the road from the ruins is another ancient Catholic graveyard surrounded by a wall but easily entered by a small iron gate held closed by a loose chain. Although the graveyard offers no extant ruins it does however contain a number of early Christian grave slabs which have been set against the boundary wall just to the left inside the gate. These date between the 7th and 11th centuries and were discovered at this site during a renovation in 1988. To the right of the entry gate of this graveyard was the site of a holy well which was covered up by the landowner in the 19th century as too many people were trespassing on his land and often unsocial behaviour would erupt. Legend has it that after the filling in of the well  St. Fintan rose the water up through the hollow of a sycamore tree, the remains still visible today. The majority of the tree was damaged and fell during a bad storm in the early 1990's but subsequently fresh shoots emerged miraculously from the stump. St. Fintan's influence still at work?

To find the ruins at Clonenagh, take exit 18 of the M7 motorway and off the roundabout follow the R445 towards Mountrath. Drive approx. 3KM  and you will pass over the M7 below. Continue another 2.5KM driving through a small crossroads with the L5675 and a short distance on there is a small crescent shaped pull in on the left at the site of the graveyard where you can park. The Catholic graveyard with the grave slabs is situated a few metres back on the right hand side again with a crescent shaped pull in so you can park easily.

Posted by Castlehunter at 16:03 No comments: