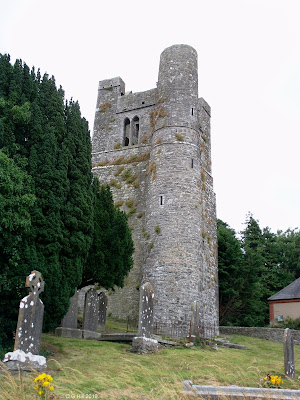 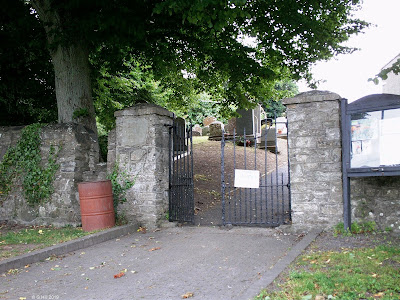 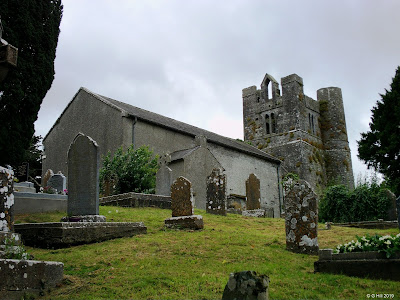 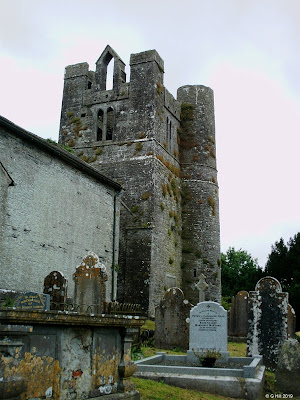 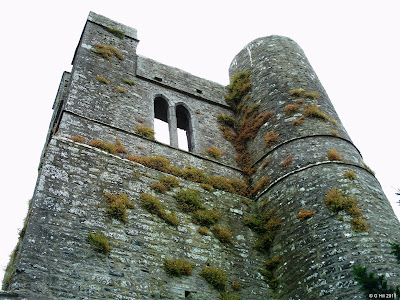 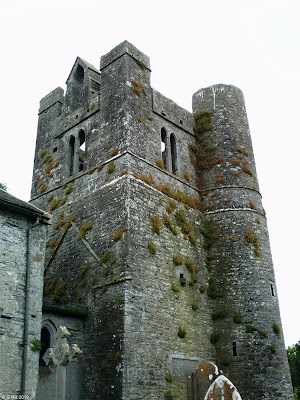 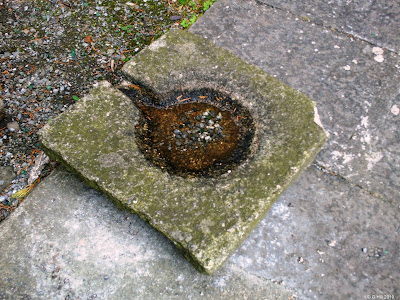 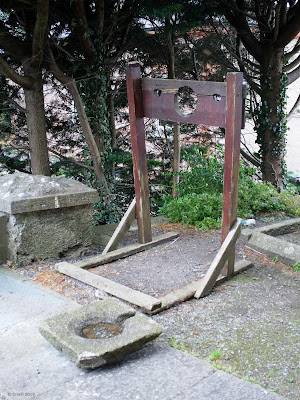 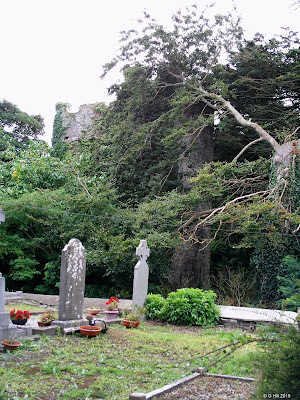 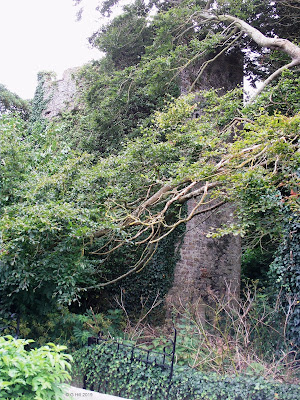 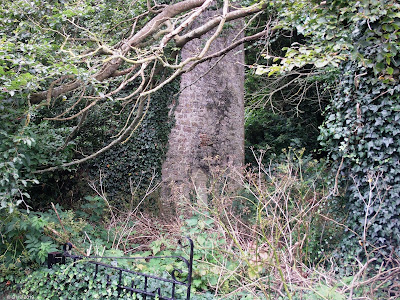 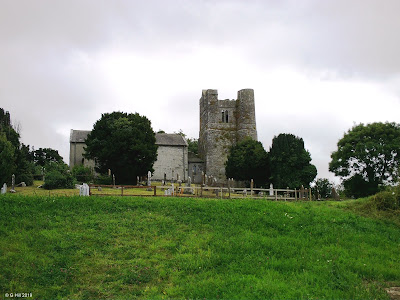 
P.S. I have updated the post on Kindlestown Castle Co Wicklow as we made another visit recently. You can find the post here. We also paid a second visit to Old Killadreenan Church. You can find the update here.
Posted by Castlehunter at 15:41 1 comment: 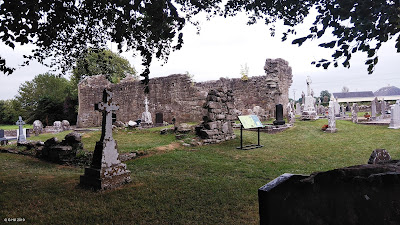 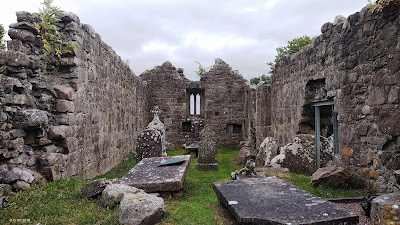 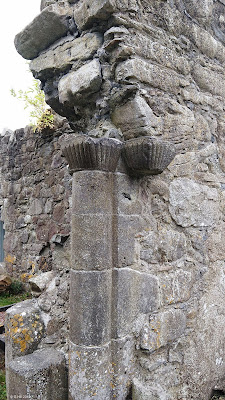 Above Image: Part of the now ruinous arched doorway 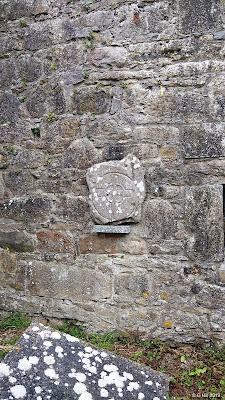 Above Image: A grave slab displayed on an inner wall. 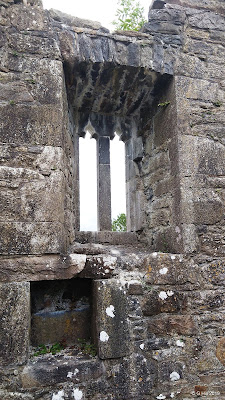 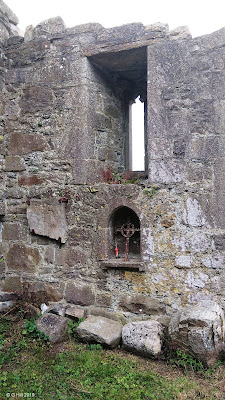 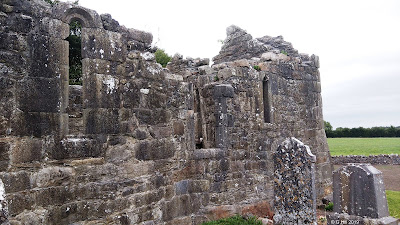 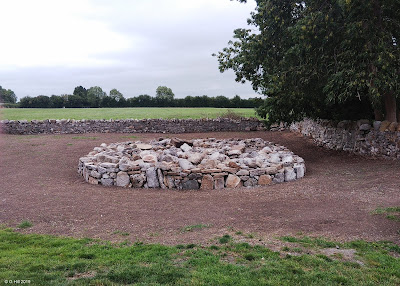 Above Image: A strange structure in the graveyard 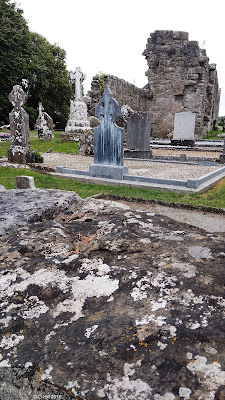 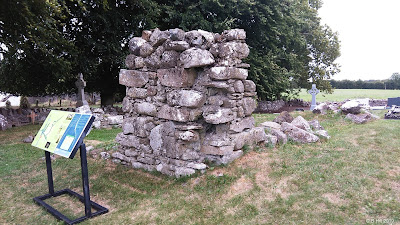 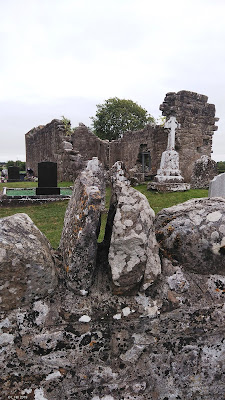 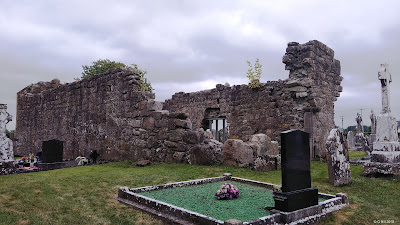 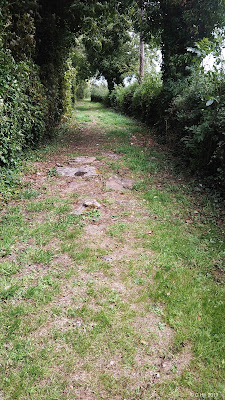 Above Image: The ancient togher 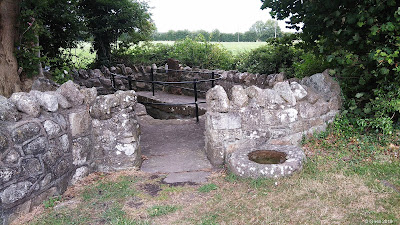 Above Image & Below 2 Images: The well and it's Bullaun stone
. 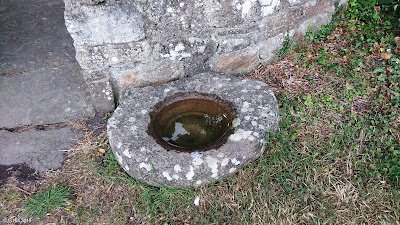 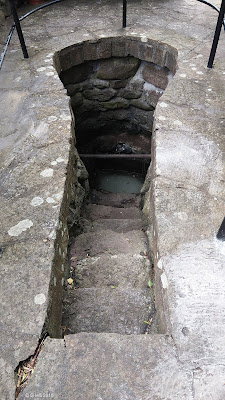 This is probably one of the oldest ruins I've visited. This small parish church is dedicated to St. Manchan who founded a monastery here in 645AD. Nothing remains of the original monastery buildings but the church itself was constructed later between the 10th and 12th centuries.
The ruins are not particularly spectacular but there are a few interesting features to be seen here including a Romanesque window in the West wall and some grave slabs dating between the 8th and 10th centuries. An adjacent set of foundations are thought to be that of a priest's house dating back possibly to the 15th century.
People have visited this site for centuries mostly to visit the holy well which lies a short distance behind the graveyard. The well and a holy tree have brought many here to help with problems in their lives. It is said that if you circle the well three times and deposit a small token in the window of the church your prayers will be answered,
Probably the most interesting feature here for me is the remains of the ancient togher which is basically a stone lined pathway and you can walk along this to reach the well and further on the remains of a small oratory called St Mella's cell. St Mella was actually St Manchan's mother.
We spent a good while at these ruins taking in all the features and even found a couple of Bullaun stones, one at the well entrance and another at the road junction outside.
The ruins are little off the main roads but if in the area I would really recommend a visit.
To find the ruins and holy well take the junction 6 exit from the M6 for the R420 to Clara. Drive for approx 2.5KM until you have passed the Tubber GAA grounds on you right hand side. Take the next right hand turn onto the L2018 for Ballycumber. Follow this narrow road for approx 5KM until you reach a crossroads.Turn left here onto Station Road and then a short distance later turn right at the corner pub onto Strawberry Lane. About 1KM along there is a left hand turn onto the R436. Turn onto this road and drive for approx 4KM and you will see a sign for the L3002 for Pollagh. The ruins are on the corner of this junction on your left. Parking at the graveyard entrance is a bit tight so we left the car across the road on the R436.
Posted by Castlehunter at 17:11 4 comments: