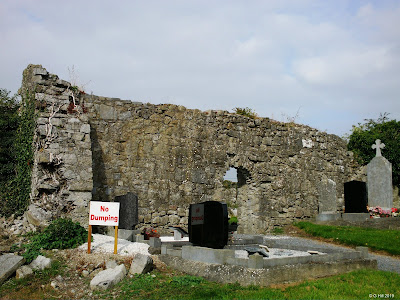 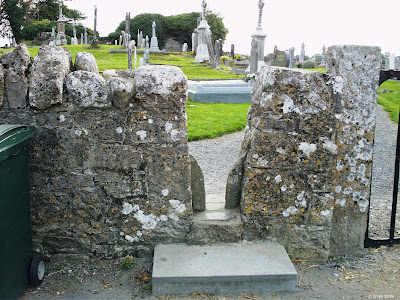 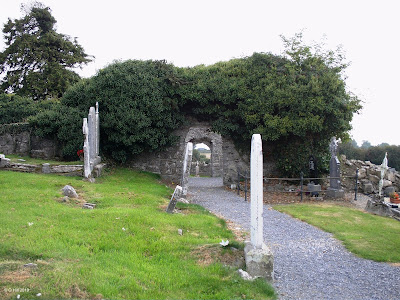 Above Image: The North wall & doorway 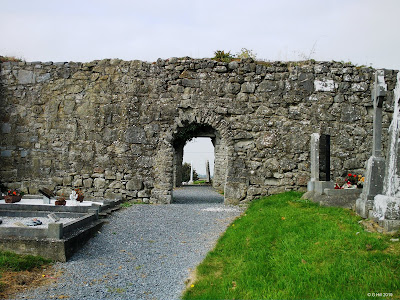 Above Image: The South wall & doorway 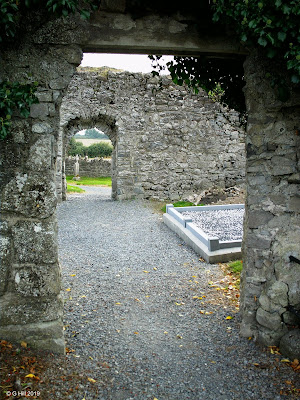 Above Image: Lintel over North doorway 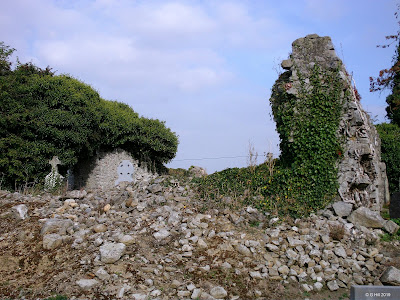 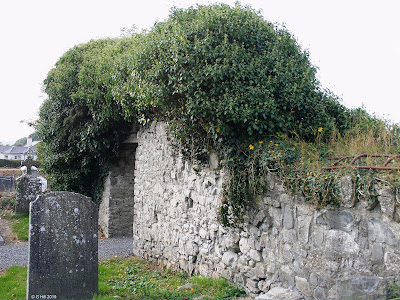 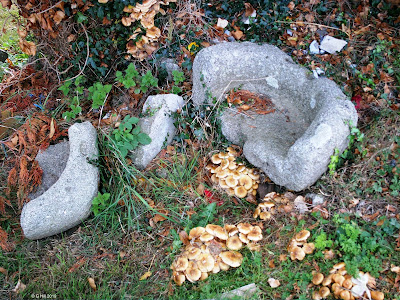 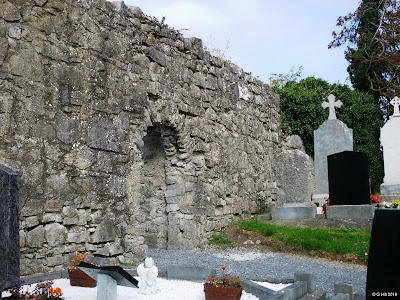 This ruin of a medieval parish church lies in the townland of Raheenadeeragh near Athy in Co. Kildare. It is at least 800 years old as it is recorded as being granted to St. Mary's Abbey in 1219AD. Both the East and West gables are virtually non-extant leaving only the North and South walls nearly at their original height. How long it has been ruinous is unclear. It is listed on the 1897 ordnance survey map as being in ruins but on the earlier 1837 version it is listed as church and graveyard.
The ruins are situated in an open graveyard which can be easily accessed by a stile. We found that ground level within the walls which was once the nave and now gravelled was higher than that outside of the walls. There are two doors one in each surviving wall. The Northern doorway has a wooden lintel while the Southern one a rounded arch. The north wall has a topping of ivy but the south wall remains mostly devoid of it.
There are not many features other than what has been mentioned apart from the broken remains of a font which lie in the graveyard. The ruins are certainly worth a look if you happen to be in the area but they are a little off the beaten track,
To find the ruins take the junction 3 exit of the M9 motorway and the the N78 for Athy  Once in Athy continue until you cross the river bridge and the take the first turn right onto the R428 for Stradbally.Drive for approx 1.2KM and pass by the right turn for the L8068. Continue for approx. 0.4KM and take the next right hand turn. It is signposted for Churchtown. Drive for approx 3.2KM where the road forks. Take the right hand road and the graveyard is approx 30m on your left. You can park at the boundary wall.