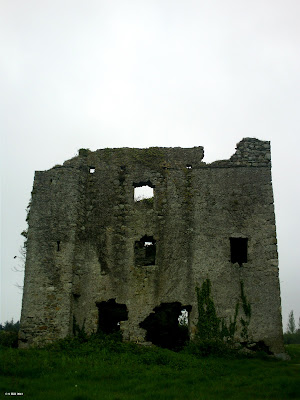 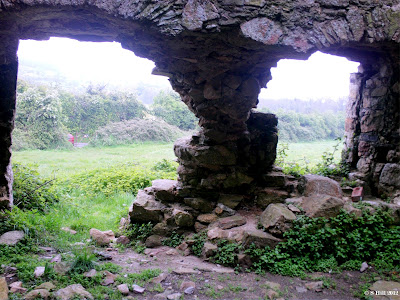 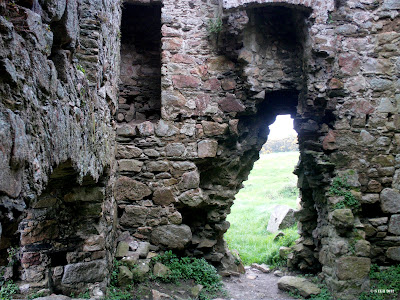 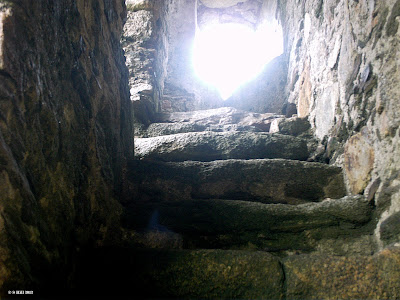 Above Image: The inner stairs 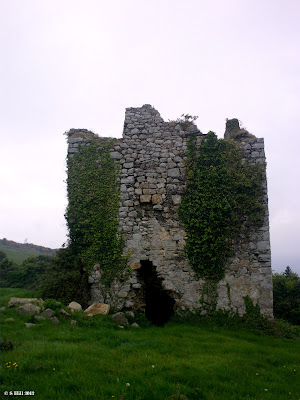 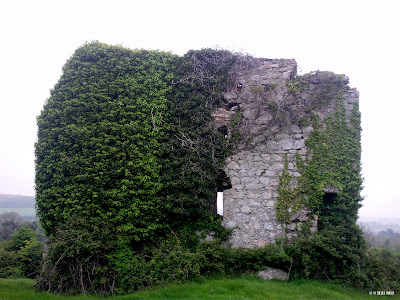 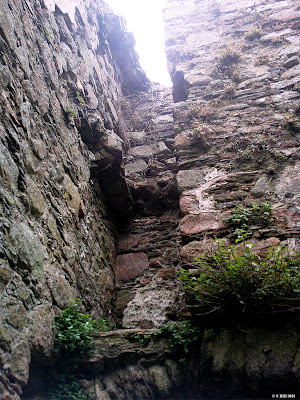 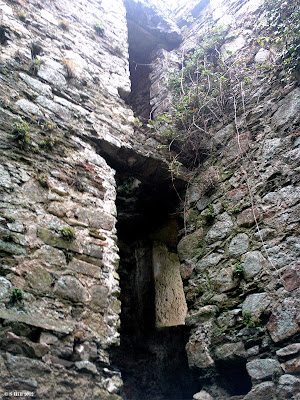 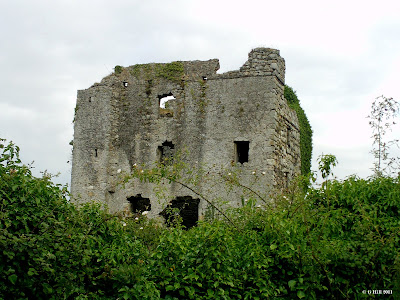 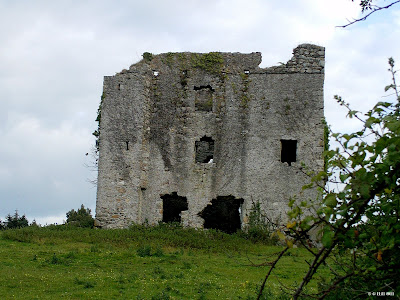 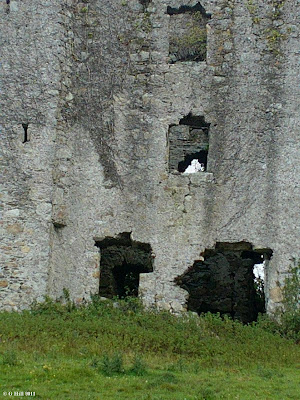 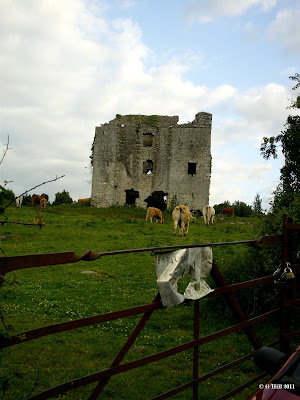 
Puck's Castle lies in a grazing pasture in the Parish of Rathmichael in South East Co Dublin. Not Much is known about it except that it is the ruins of a 16th century fortified house which apparently provided shelter for James II in retreat from the Battle of The Boyne. The ruin is now seriously crumbling although there is still much of a stone stairs intact inside.The name "Puck's" derives from the Gaelic "Pooka" which is a ghost or spirit and lends to the local legends of it being a haunted spot. Access to the Castle is prohibited by a locked gate with a beaten up no trespassing sign. If there is no one around you could jump over the gate and make a quick visit, but on any occasion we have been there it is usually surrounded by  grazing Cows. These timid looking creatures are fine but unfortunately they are protected by the Castlehunter's greatest foe.....the resident Bull. This creature eyed us up directly, almost goading us to just try and climb over that gate. Nonetheless it is a good place to visit on a fine evening as we did during June. Beware, if the Bull doesn't get you the hordes of flies certainly will!
Addendum: We revisited Pucks in May 2012 and not a cow to be seen, so over the gate we went for a quick browse of the interior. These Photos have been added to this post.
To find Puck's Castle take the R117 from Kilternan to Enniskerry. After you have passed the Blue wooden Church in Kilternan take the first left after the service station . This is the R116 Ballycorus Rd. Travel along this road and take the 2nd right hand turn Puck's Castle Lane. You will find the castle a few hundred yards up the lane on your left. It is possible to park tightly against the gate as there are no other nearby spots on this narrow lane.
Posted by Castlehunter at 19:09