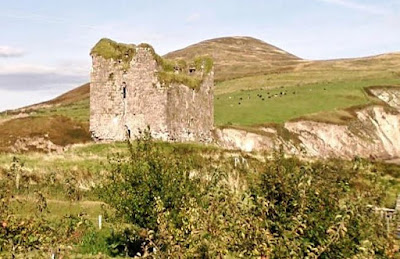 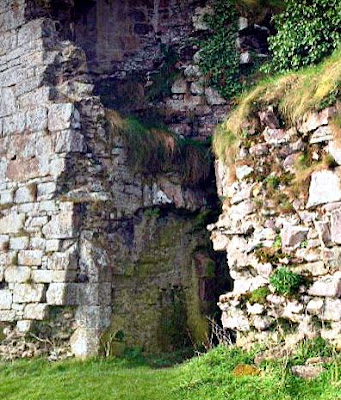 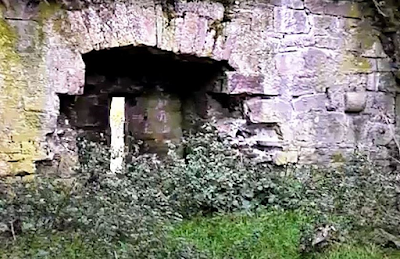 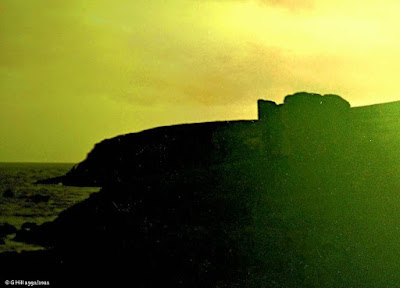 Posted by Castlehunter at 15:16 No comments: 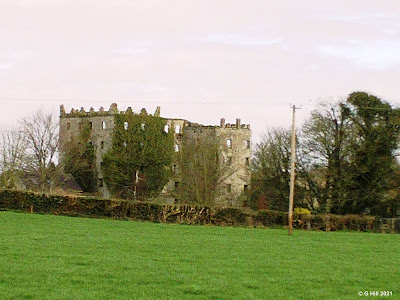 Above Image: View from the R747 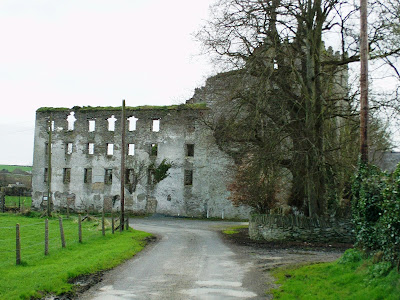 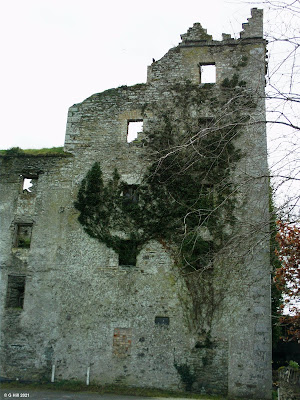 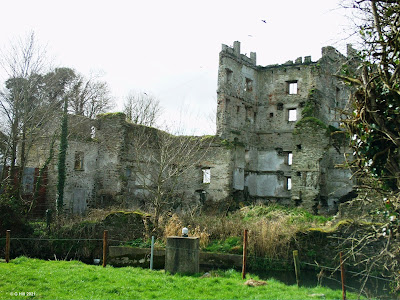 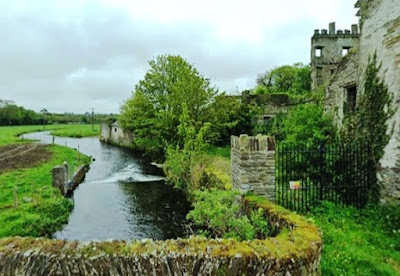 This ruin on the outskirts of Ballitore in Co. Kildare poses a striking presence on its surroundings. Ballitore translates from original Gaelic to "Town of the Marsh".

The ruins are the remains of a once productive flour mill founded in 1834 by George Shackleton (1785-1871) who was the grand uncle of Antarctic explorer Ernest Shackleton.

The Shackleton's were part of the local Quaker community that began with the founding of the village of Ballitore by Quakers from Yorkshire. The first two immigrants John Bancroft and Abel Strettel began farming the area in 1685.

The Shackleton mill was a huge building composed of rubble stone with four storeys and a six storey section on the West end that looks to all intents and purposes like a medieval castle tower. The building was designed with specifically designed wall openings that aided in the proper air circulation needed to keep the stored flour dry. According to a local Historian the mill ran productively for nearly forty years until its closure in 1873 when production moved to the Anna Liffey mills near Lucan in Dublin. This mill ran until 1998 and the modern Shackleton mill is now located in  Ashbourne Co. Meath.

The Ballitore mill is now without a roof and in ruin with its East wall destroyed. The ancillary buildings  that ran alongside the river have also partly collapsed. There is a small iron gate beside the river that was an access point but it is now signposted, as is the main building, with prohibitive signs warning of falling masonry. Regardless it is still possible to get quite close to parts of the structure without endangerment.

This great hulk now slowly crumbles beside the River Griese which is a pity as it represents a time in Irish history when industrialization was in its infancy especially in the rural countryside and if funded it could have been at least partially restored and along with the interesting Quaker museum in the village provided an enhanced experience for the visitor.

It might not strike one as being a particularly beautiful building but it is nonetheless aesthetically pleasing in some ways.Thanks go to Pauline Fagan the librarian in the museum for her kind assistance on some aspects of this post. The museum if you would like to visit after seeing the ruins is in the main street and is open Weds-Sat 10am-1pm, 2pm-5pm except Thurs which the hours are 12.30pm-4pm, 4.45pm-8pm. Free to visit.

To find the ruin take the M9 motorway and exit at junction 3. At the roundabout at the top take the exit onto the R747 following the sign for Ballitore. Drive for approx 2.25KM until you reach a T-junction with the R448. Turn left at the junction and drive until you reach the first left hand turn signposted for the L8035 to Ballitore. Turn left onto this road and when you reach a small crossroads a few metres on turn left again (Timolin Terrace) Drive for approx 250m and take the fist right turn onto a narrow road (Fuller's Court Rd) and you will see the ruins about 200m ahead on the left. You can park at the area outside the building itself.

Posted by Castlehunter at 16:07 No comments: