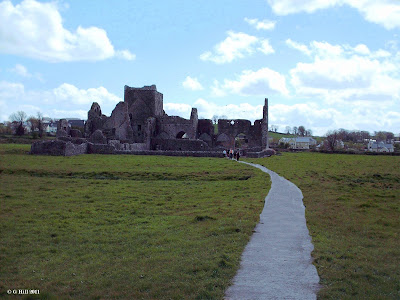 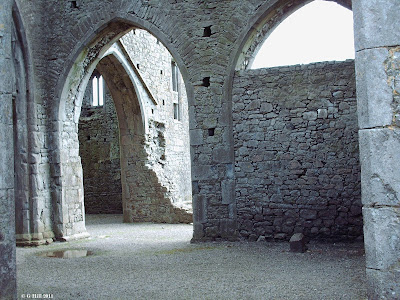 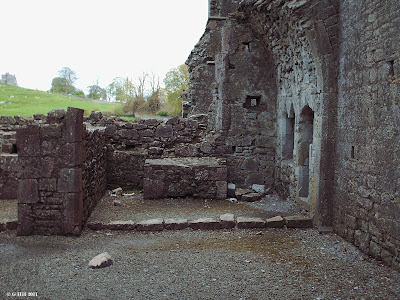 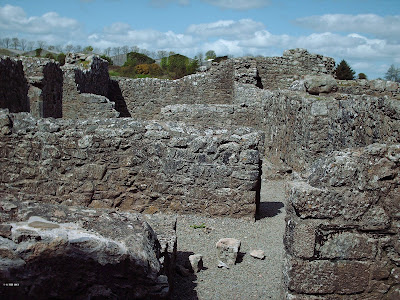 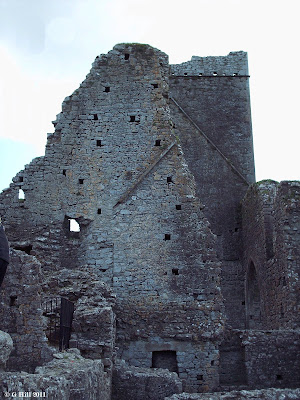 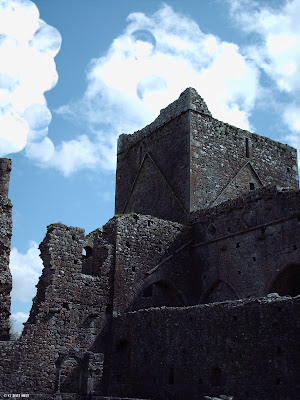 Image Below: The Rock of Cashel viewed from
Hore abbey 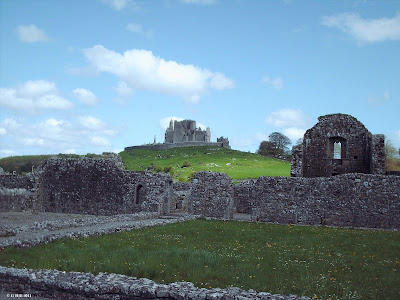 Hore Abbey (Also known as St Mary's) lies in a meadow in the shadow of the Rock of Cashel in Co Tipperary (see post here)  It was a former Benedictine Monastery which was given over to the Cistercians around 1270AD. As with most ruined Abbeys, it fell into disrepair after the Cromwellian invasion of the 17th century. It has the unusual feature that it's cloister lies to the North.
The extensive ruins are well worth your time. On the several occasions we visited, there have only been a handful of people around, most visitors are ensconced in the much more dramatic Rock of Cashel nearby. There is a great serenity about the place and it's picturesque locale adds a lot to this. Take some time to explore the nooks and crannies thoroughly.
To find the Abbey (after viewing the Rock of course!) go through the Main Street of Cashel until you find a right hand turn onto the R505 (Camus Rd). Continue on and take the first left turn and about 100 yards down this road you will find the entrance gate to the field in which the Abbey stands. There's room for at least a couple of cars to park here. It's only 2 or 3 minutes walk across to the ruin.
Posted by Castlehunter at 20:43