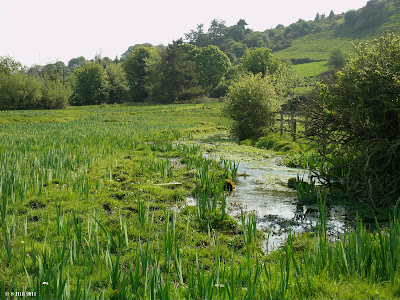 Above Image: The marshland on which the Abbey is built 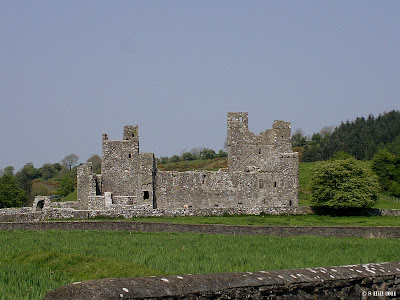 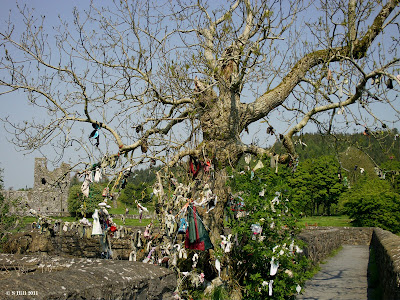 Above Image: The strange tree 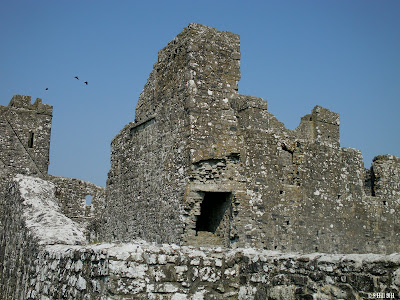 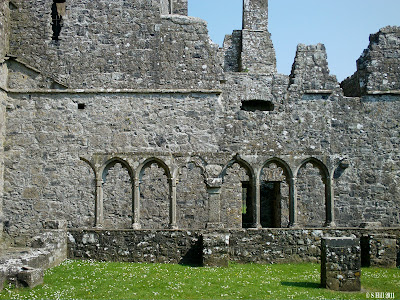 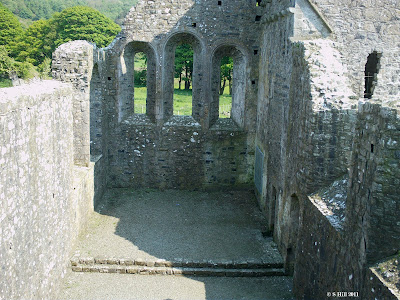 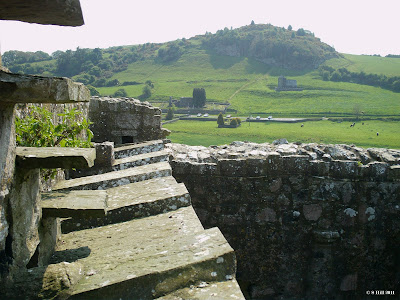 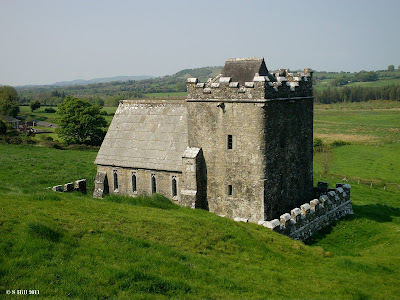 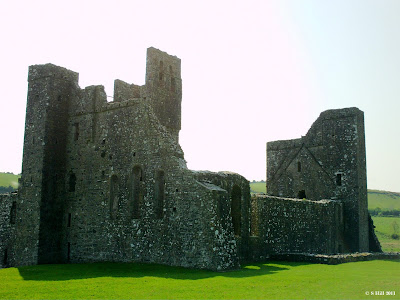 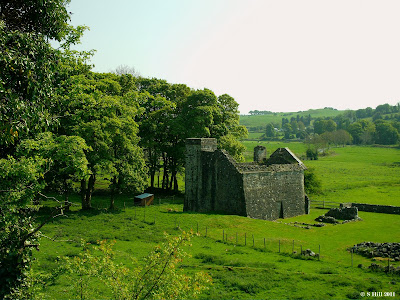 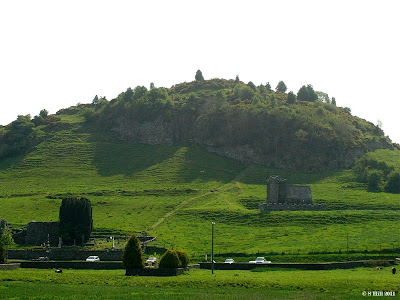 First let me say that Fore Abbey was one of the best monastic ruins we have ever visited. We only heard about it recently and it is a shame that it is not mentioned more in tourist guides and such.
The Abbey lies on a marshland in the Ben of Fore and the whole valley seems to be littered with monastic ruins. The main building is the 13th century Benedictine Priory and then there are further ruins from the 15th century. The church of St Fechin lies on the hill opposite the priory and it dates back to 630AD!
The day we visited was a gloriously hot late April day and it really showed the beauty of the valley.
To see the main priory you have to cross the marshland by a long narrow walled causeway. along the way you will come across a very strange tree littered with personal articles people have left as intentions to St Fechin. On a small wooden bridge you can stare into the crystal clear waters below and many visitors have thrown coins in as if it were a wishing well. The priory is huge and has many places to explore. In the back of the main chapel we found a room where a lot of ornamental stones from the ruin had been stored and next to this was a gate which it seemed had been locked but was now sawn open. This led to the stone stairs to one of the towers. Some of the steps were worn but it was quite accessible and we finally got to see a wonderful view from the top.
When you have visited the priory and climbed over many of its adjacent buildings, take some time to cross the road and climb up to St Fechin's Church & graveyard.
The Abbey is also famous for it's seven wonders, they are:
The Monastery built upon a marsh.
The Mill without a race.
The water that flows uphill
The tree that has three branches and won't burn.
The water that won't boil (And is bad luck to try to)
The Anchorite in a cell.
The Lintel-stone raised by the prayers of St Fechin.

If you find any of these elusive, visit the Seven Wonders Pub just up the road in the village.There is a trove of information there. There is also a coffee shop nearby to rest your weary feet.
To find Fore Abbey take the R154 from Trim Co Meath as far as Oldcastle. Then take the R195 towards Castlepollard. look for signs pointing left near the Ben of Fore and follow the road until you reach Fore Village. Take a right in the village past the Seven Wonders Pub and you will find ample parking outside the Abbey.
Posted by Castlehunter at 16:16

Email ThisBlogThis!Share to TwitterShare to FacebookShare to Pinterest
Labels: `