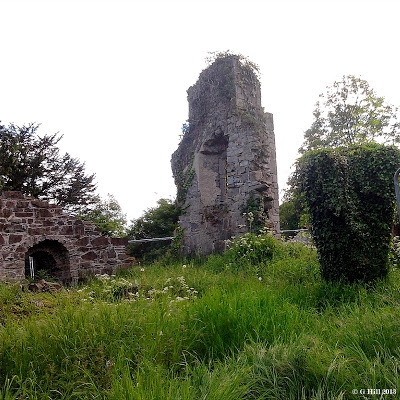 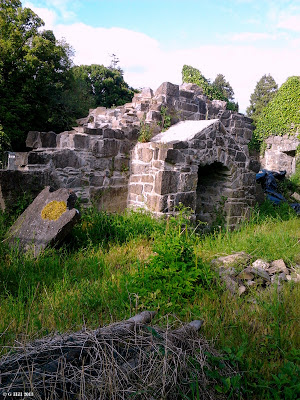 Above Image: The gabled porch 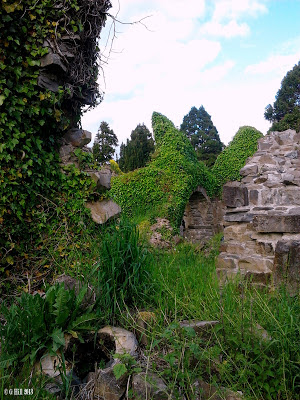 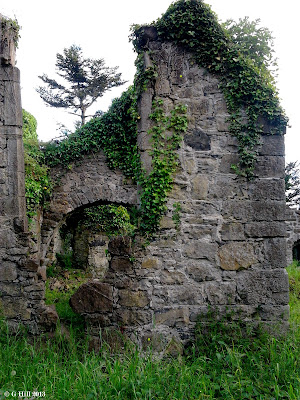 Above Image: The arched interior 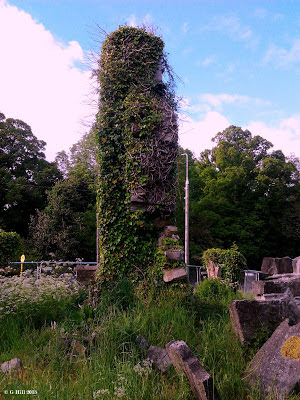 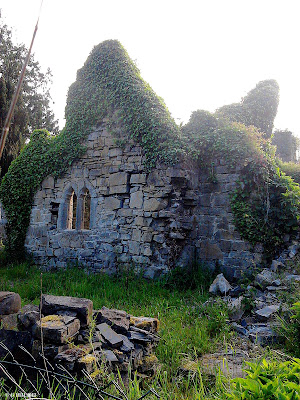 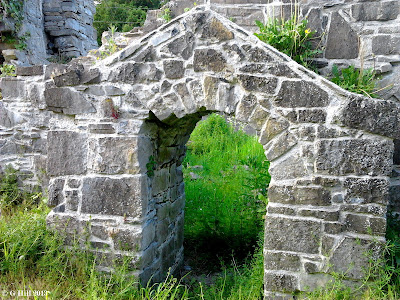 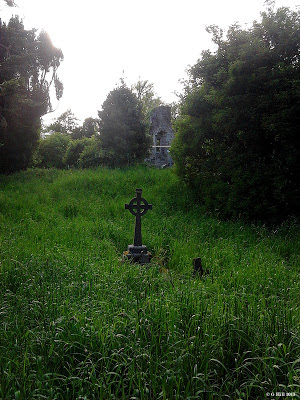 Above Image: A sea of grass 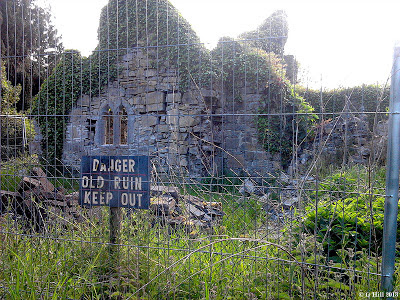 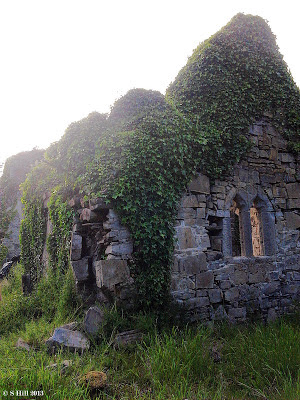 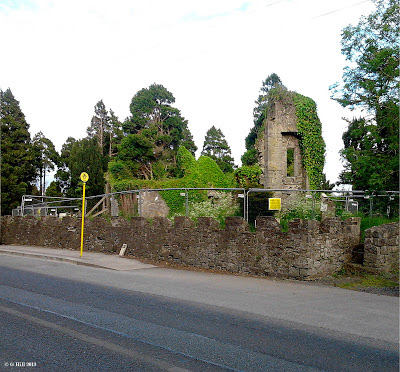 Above Image: Is this the last stop for Donaghcumper? 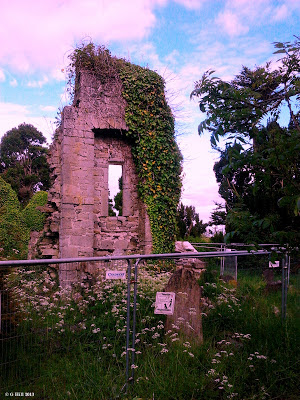 Above Image: The west gable 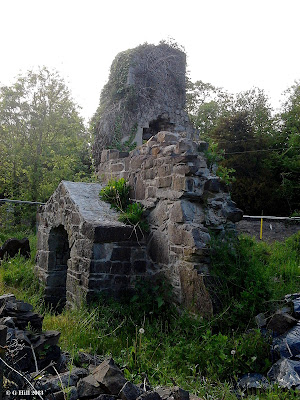 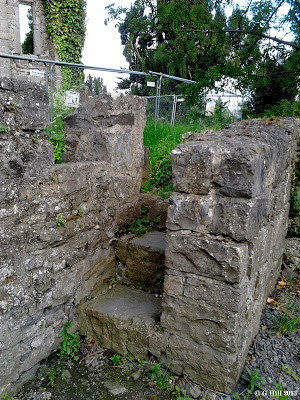 Visiting an ancient Church ruin on a fine summer's evening is fine but I wouldn't have imagined that I might also have needed to bring along a machete!
The Medieval ruins of Donaghcumper are located less than 1KM from Celbridge village on the Dublin road  and were constructed mostly in the12th century with a few features added 200 years later. What remain today are portions of the nave and chancel. The Church was suppressed in the 16th century and the lands acquired by the Alen family whose family vault is evident within by a flat slab stone with inscriptions just beneath the East window of the chancel. The Church is listed as ruinous on the 1897 O/S map but I would imagine it was in decline long before that date. Indeed an Alex & Taylor 1783 map lists the site as Ch. Rs.  (Church Ruins?)
The East gable features an Ogee-headed window still intact and the West gable extends to house a belfry. A rounded arch divides the nave from the chancel and the South facing side has an unusual gabled porch.
This is all very nice but unfortunately now it is next to impossible to get any closer than a few yards from the ruins as they have been fenced off by a builder with warning signs and disclaimers strewn about. The walls on the North end appear to be buttressed with wooden lats to avoid them collapsing and although these ruins are under the care of the OPW there doesn't seem to be much more happening to protect them. Indeed the surrounding mound on which the ruins stand is very heavily overgrown and the ditch around the mound is now a sea of tall grass and nettles hence the need for the aforementioned machete. I had heard that the grass was regularly cut and this may be the case in the adjoining modern graveyard but the ruins are slowly being swallowed up.
Not to be deterred from getting at least a reasonably safe closer look we entered by the roadside stile and wandered around the circumference of the ruins treading carefully to avoid any hidden potholes beneath the undergrowth and climbing over the many ancient headstones that seemed to be leaning away from the mound towards the lower ground. It was a tricky trek but there were enough gaps in the fences to get some decent photos. The interior is in a sad state but a lot of weeding and gravelling would work wonders. I'm sure that these ruins are fairly unstable and that the OPW are fencing them off for health & safety reasons, but I would really like to see some serious wok done to protect this Church from deteriorating any further. There is a lot of local interest in this venture so perhaps one day it will be possible to wander around the interior as there may be other interesting features to unfold. Until then if you are visiting take extreme care around the vicinity of the ruins but personally I found them quite interesting to see and was amused by the occasional bus which would stop at the crenellated perimeter wall, it's passengers gawping out at the two maniacs stomping their way through the long grass.
To find Donaghcumper ruins take the M4 Dublin to Galway motorway and exit at Junction 6. At the top of the ramp take the exit for the R449. Drive until you reach a roundabout with a semi-circular modern iron sculpture on it and turn left for Celbridge. Drive until you enter the village. Continue up the main street until you reach a left turn onto the R403 opposite "The Village Inn". Cross over the bridge on the River Liffey and continue on the main road to the left for approx. 1KM. You will spot the ruins on your right and there is enough room to park at the entrance stile.