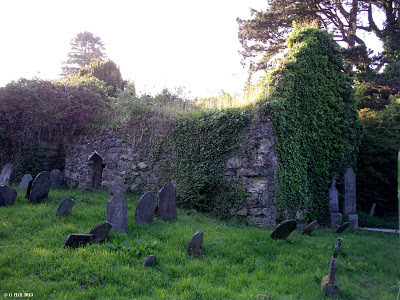 Above Image: The East gable with entrance door
to the left 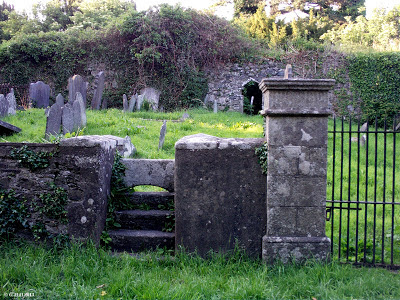 Above: Boundary wall with stile. 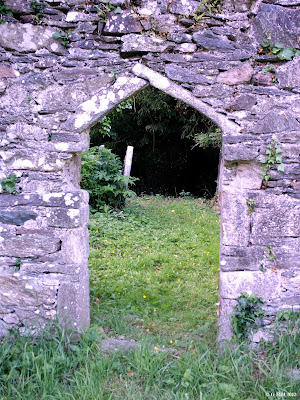 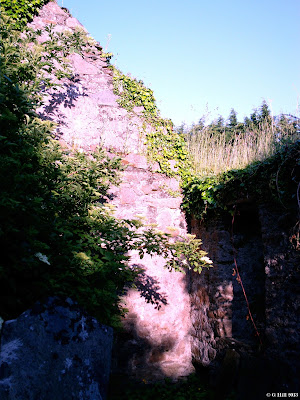 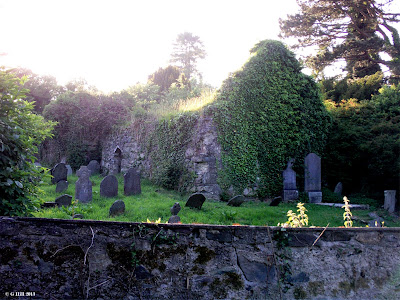 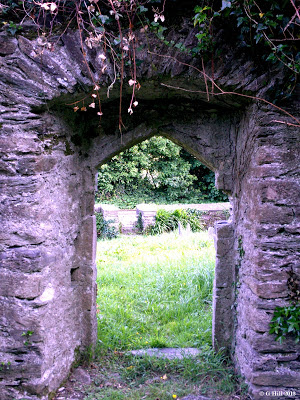 Above Image: The Doorway viewed from within 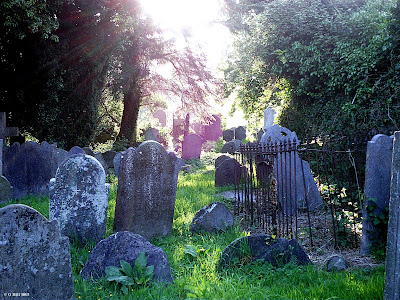 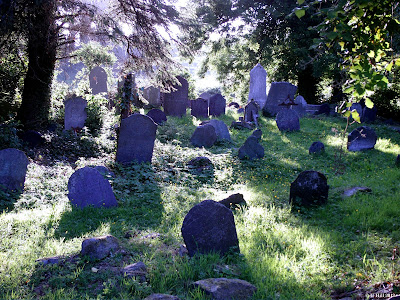 Above 2 Images: Two views of the ancient graveyard in
evening light. 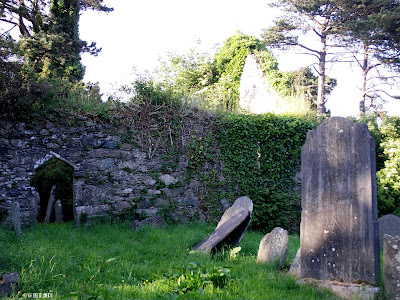 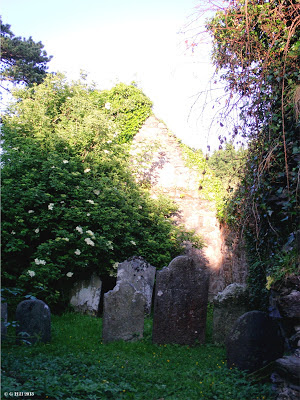 Above Image: The East gable viewed from within 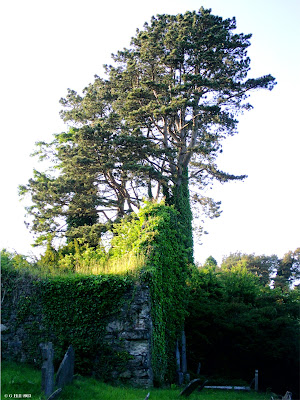 Old Killadreenan Church lies 2KM west of Newcastle village in Co Wicklow. What remained of the old Church of St. Catherine's (c.1189) in Newcastle found itself  incorporated into a more modern building but it's near neighbour of Killadreen is thought to be of much more antiquity and very much left un-interfered with. The name loosely translates to the Church of the Thorn field and was recorded as being a possession of the Archbishopric of Dublin in 1179, the Archbishop being Laurence O'Toole a great peacemaker and champion of the poor. While not a lot is known of the progress of the Church through later centuries it is almost certain that it did not survive after the reformation.
My first thoughts on our visit here was how incredibly old it looked. In fact 'old' does not describe it enough, it goes beyond that. Ancient might be a more suitable term. The site is accessed from the roadside by way of a fairly reasonable built stile. It is immediately noticeable that the walls of this Church are slowly crumbling away but it is still safe enough to enter and have look around.
The walls are constructed with a mixture of stone rubble and slate. The East gable still stands although mostly covered with ivy and the south wall, the most intact, extends to incorporate a doorway with an unusual arch connection of two lintels. The Northern wall is pretty much covered in vegetation now only small sections visible while the West wall is all but gone, opening the church to the surrounding graveyard, a cluttered  mound of very old canted headstones which seemed very dramatic in the evening sunlight. The ruins consist of the Nave and Chancel and there are two small windows, one in the East wall and one in the south wall. With the antiquity of this site I had hoped that there might be some unusual grave slabs or such and indeed we spotted what looked to be something of that nature propped against the southern wall under the small window but it turned out to be a headstone which had been broken in half and apparently just left there.
The site seems mostly unvisited although the odd crushed beer can would suggest otherwise. The ground within and surrounding the ruins is very uneven and the grass quite long in some spots so a measure of care is needed when walking about. I think we visited at a favourable time when the evening was bright and the sunlight was streaming through the trees. I would imagine that this would be quite a different place and certainly a much shadier ambiance on an overcast or rainy day. Not a place I would like to find myself after dusk.
To find the ruins take the N11 from Dublin heading South and exit at junction 13 for Newcastle. The exit swings round and up to a roundabout. Take the first exit left onto the R772 and drive for approx. 400m. You will spot the ruins by the roadside on your right. You can park safely enough by the boundary gate. 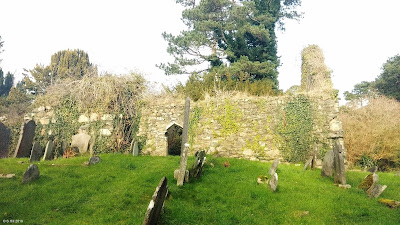 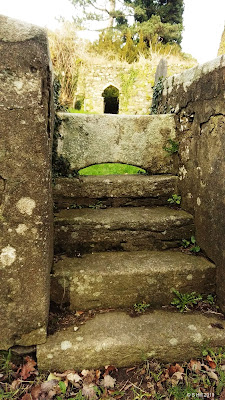 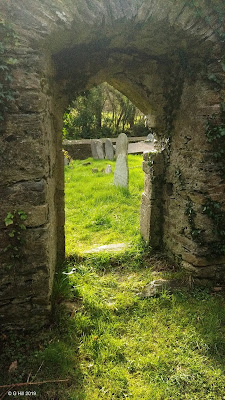 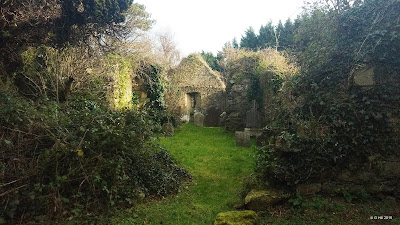 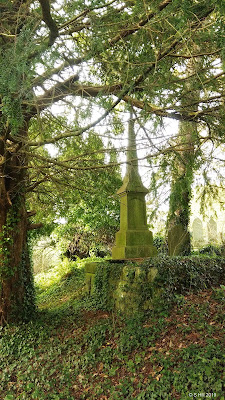 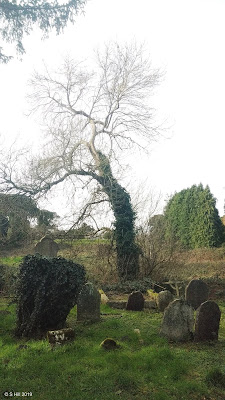 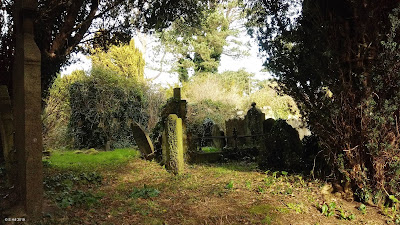 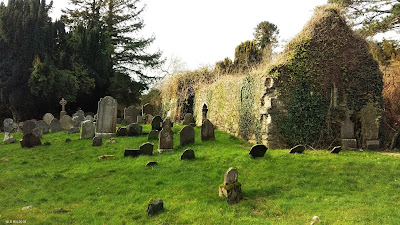 We were in the Newcastle area of Co Wicklow recently and so decided to revisit this old ruined church again. It has been several years but it looks pretty much the same. It is listed in some places as "The Forgotten Church" and indeed this is the perfect way to describe it. On our last visit it was at evening time but this time it was around midday. The atmosphere in this graveyard is palpable and daylight or not it still is quite a creepy spot. The stones are very old here and the ground very uneven but I'm glad we returned and I think this time of day is preferable. Details of directions and parking are as in the original post.
Posted by Castlehunter at 19:25