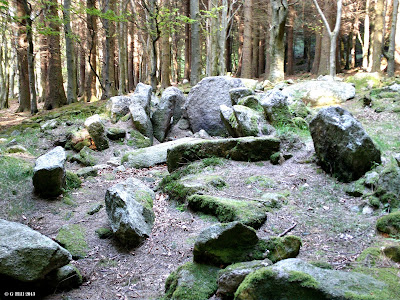 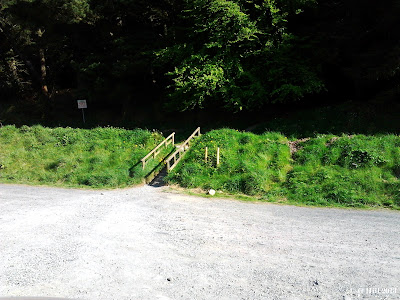 Above Image: The entrance to the woods from car park 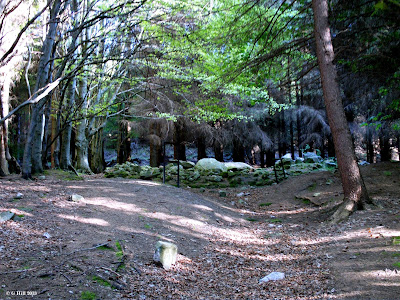 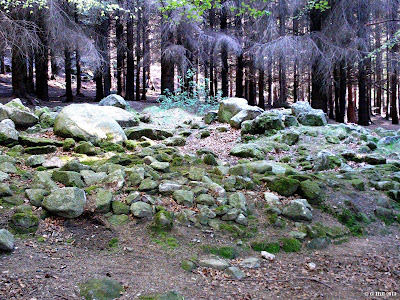 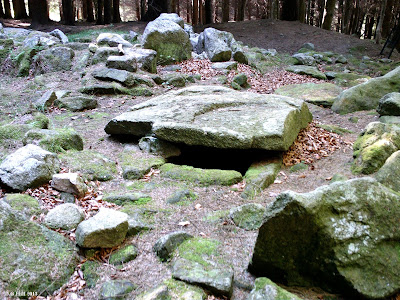 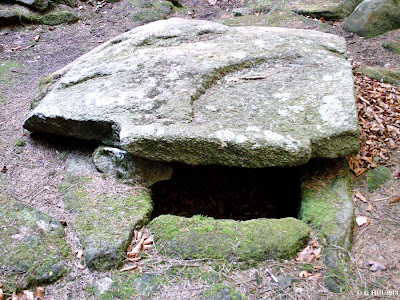 Above 2 Images: The kist. 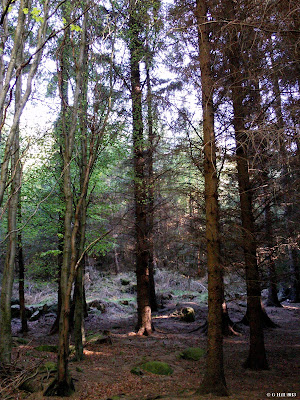 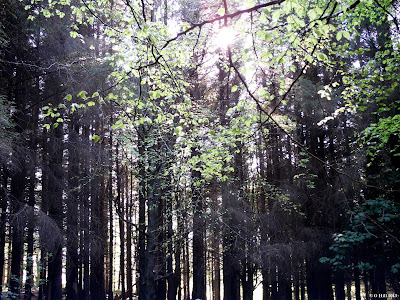 Above Images: Two views of the sylvan setting 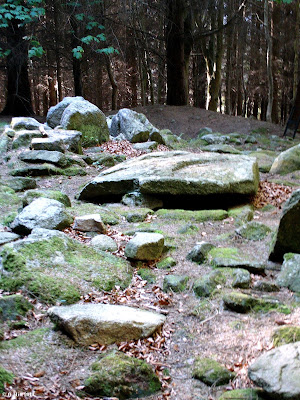 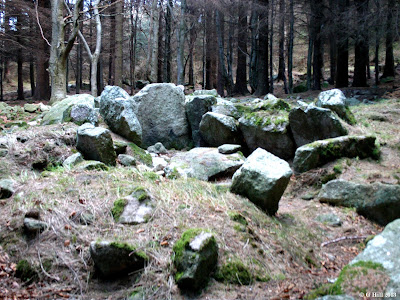 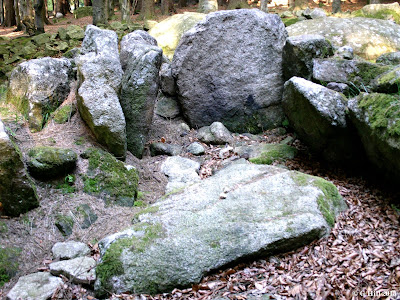 Above Image: Part of the central chamber 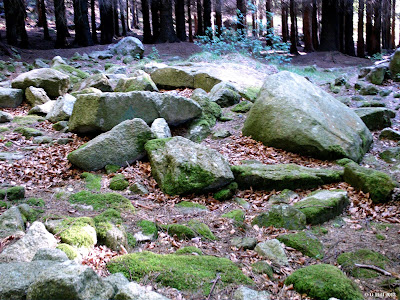 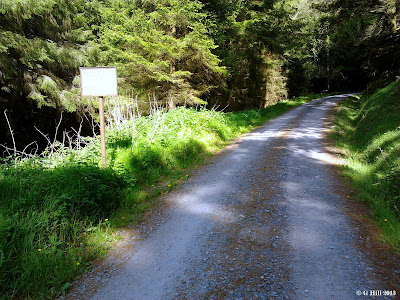 Above Image: The private road to the Standing Stone 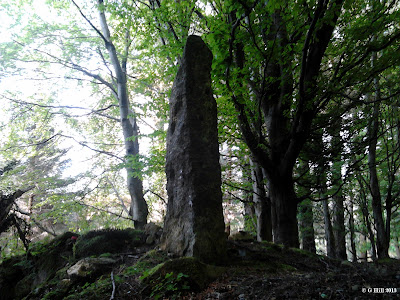 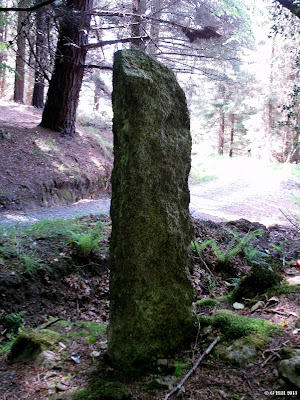 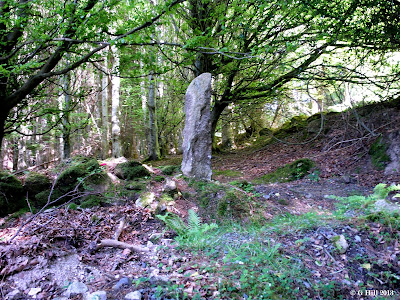 Above 3 Images: Views of the stone

Anyone who has been to this location and is interested will know how amazing this megalithic tomb is. Secreted in a copse amongst mainly conifer trees, it remains mostly unvisited by the minions who park about 50 metres below the woodland in a car park designated for those wishing to follow the Wicklow way walk.
This particular tomb dating back to approx. 2000BC is known as a wedge tomb and was excavated in 1953. The cairn that was built upon it is now in ruins and a lot of the stones dispersed in the area or removed for other building purposes. There is an antechamber and a main chamber that measure about 14 metres by 2 metres and are shaped by a triple walled gallery. A few Kist graves appear to have been added later and one of these has its capstone slid back to expose the inside. Some of the original kerb stones are also still evident.
We had first heard of the existence of this tomb about two years ago and almost immediately took a trip to locate it and have since made several more excursions. The car park at Kilmashogue is a rudimentary one but offers fine views out over Dublin. There are a small set of wooden steps that lead up to a track from the car park and if you continue straight on up into the trees in front of you a leafy and slightly steep trail will bring you directly to the site of the tomb. Its not signposted so many would not initially see the trail. The woods here are quite tranquil and the perfect setting for this piece of history. At one time this hill would have been devoid of the forest and the cairn fully visible but it is now surrounded by tall trees, although the area directly over it is exposed to the sky. Shafts of light bear down at times giving it a truly mystical feel.
Unfortunately as with any place exposed to public access not all who visit leave nothing but their footprints. On occasions we have found bottles strewn about and campfires have been built using some of the stones from the cairn. I suspect these activities take place after dusk as on any of our visits here we have encountered no one. Recently we heard that there was also a standing stone somewhere in the forest near to  the tomb. On our last visit we set about locating it and after a surprisingly short time came across it.  It lies a couple of hundred metres due East of the tomb adjacent to a private road. The stone measures about 1.5 metres in height and could very well be aligned with the tomb. Checking it later it does not appear on the OS map but I'm glad we came across it. The small road we came out of the forest onto is in fact a private road leading from the car park. When you climb the wooden steps up from the car park take the track to the left. A few metres on, this track splits into two. The right hand fork is the private road but as the stone lies only 100 metres along on the left hand side I don't think it will harm anyone to take a quick look. Besides it can be reached from the forest anyway.
Both of these monuments being in close proximity to each other make them a must to visit by anyone interested in Bronze Age history.
To find the Kilmashogue car park take the R116 from Ballyboden and drive until you have passed under the M50 motorway above. About 750m later there is a left turn onto the R113 (Tibradden Rd). You will find a small junction with Mutton lane a few metres on, but keep to the main road and drive until you reach a roundabout about 1.5KM further. Take the 2nd exit off the roundabout and you will pass by the gates of St. Columbas College. Continue on another 1KM and you will find a sharp left hand turn for the car park.