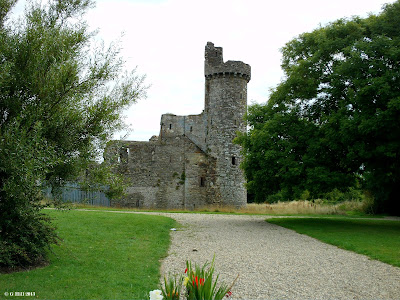 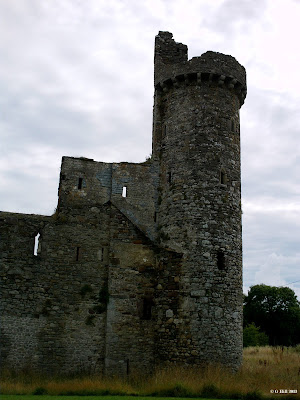 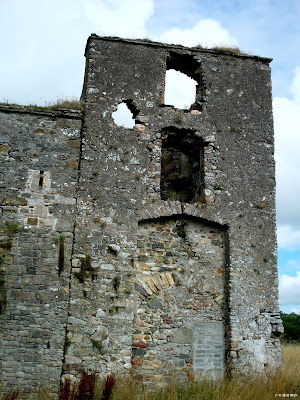 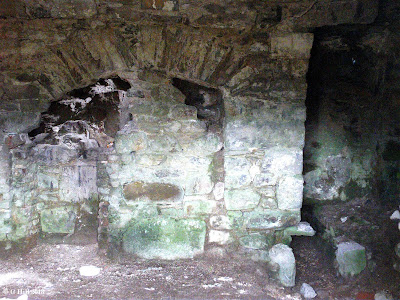 Above Image: Part of the interior (now locked up) 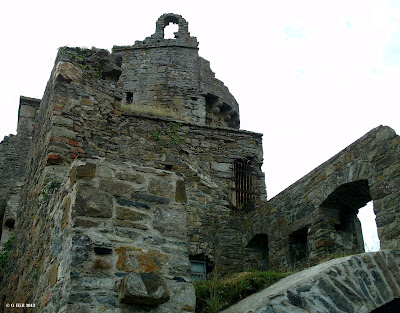 Above Image: Reverse of the tower showing the belfry 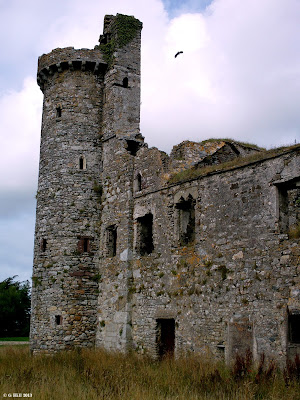 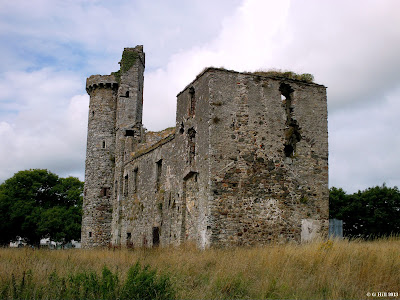 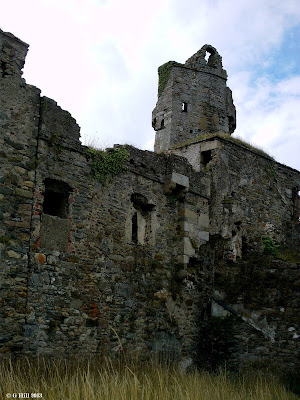 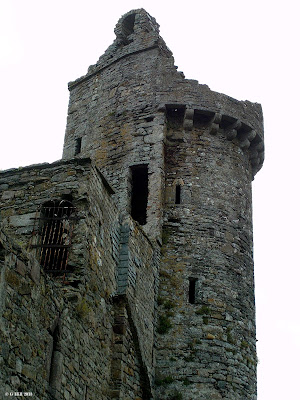 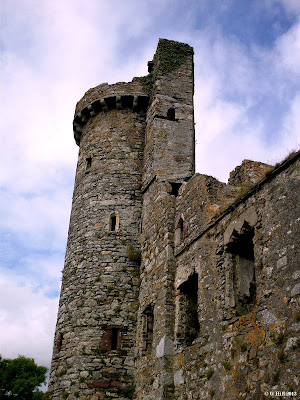 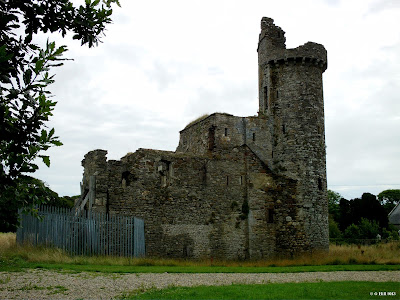 The Hook Peninsula in Wexford contains many, many ruins and the small village of Fethard-On-Sea is of no exception.
The Castle in Fethard was constructed in the 1400's by the then Bishop of Ferns. It is basically an L-shaped fortified manor with a tall round tower attached at it's South East corner. The Castle is built on the site of an early Norman Motte & Bailey, the large grassy mound behind the Castle would attest to this. The Bishop utilised the Castle mainly as a summer retreat but in the 1600's following the reformation the lands and Castle were passed to the Loftus family, a well to do family of some notoriety who later moved to the creepy and isolated Loftus Hall further South on the Hook Peninsula. Subsequently the Castle was over time let out to tenants until it finally fell into disuse at the height of the civil war in 1922. Whether the war had any direct influence on it's abandonment is unsure, but the police barracks in the town was heavily attacked and burned.
The Castle today stands on a green area off the main street of the village. Truthfully we drove right past it first time without spotting it as it is set back from the road. The area seems to have been designed as a public park but although the grass in front of and behind the Castle where the Motte lies is well kept, the immediate area around the ruins is heavily overgrown with grass and nettles. You can still get fairly close to it but unfortunately access to the interior is prohibited by a large locked steel door. Parts of the North end have been fenced off probably for safety reasons but you can still see into the innards of that part of the castle. This particular section is in a very bad state indeed. The other part of the residence facing Eastwards is mostly intact wall-wise but as mentioned locked up.
The most impressive part of the structure has to be the tall cylindrical tower that apart from some minor damage at the top stands complete. On the topmost part and to the rear of the tower is what appears to be a belfry. Apparently at the ground level of this tower the section within was used as a dungeon during the latter Bishop's tenure.
All and all even with its limited access it is worth your time if in the area to make a stop in the village and take a closer look at this unusual edifice.
This may sound is a bit tricky but here we go. To find Fethard Castle Take the N25 from Wexford towards Rosslare. About 2KM along you will see a junction on the right for the R739 to Kilmore Quay. Take this right turn and drive for approx. 9KM until you reach a right hand turn for the R736 signposted for Wellingtonbridge. Turn right onto the R736 and continue on to Bridgetown and in this town take the right hand turn at the T-Junction with the pharmacy on your right and then after you have crossed the railway level crossing turn left. Drive for approx. 12KM to Wellingtonbrgidge  Cross over the river bridge in the town and turn left onto the R733. Drive for approx.6KM until you reach a crossroads with the R734. This has a sign welcoming you to the Hook and pointing left towards Fethard which is approx. 6KM along this road. When you enter Fethard look for a small parking area on your left which is situated directly in front of the Castle grounds.
Posted by Castlehunter at 21:04