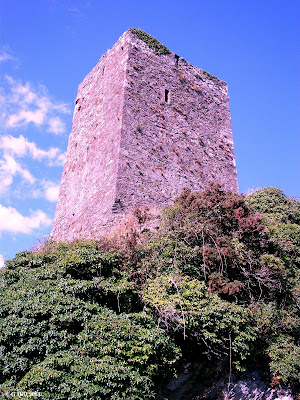 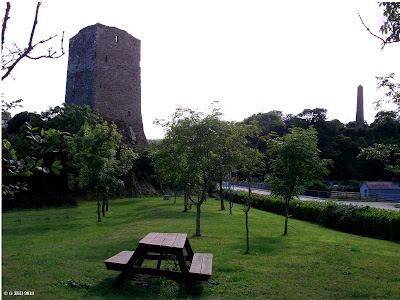 Above Image: the Castle and Memorial tower to the right 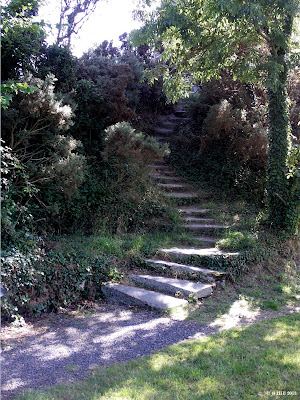 Above Image: The steps to the Castle 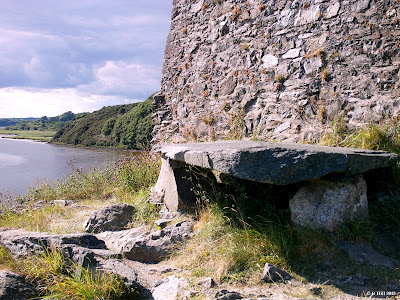 Above Image: View from the Castle entrance 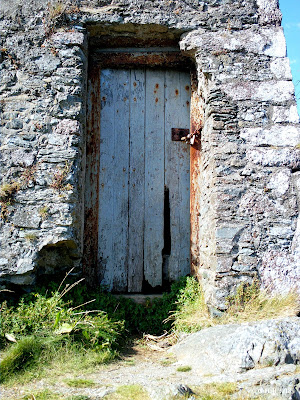 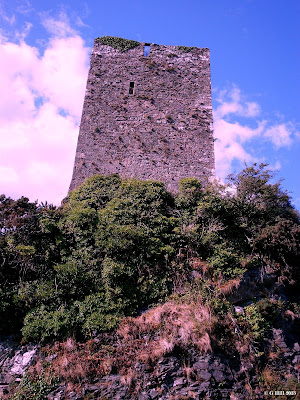 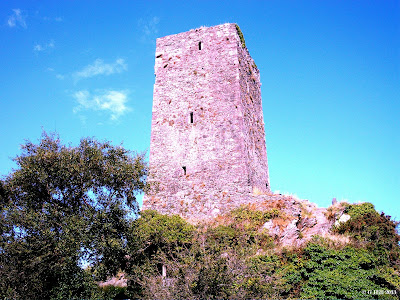 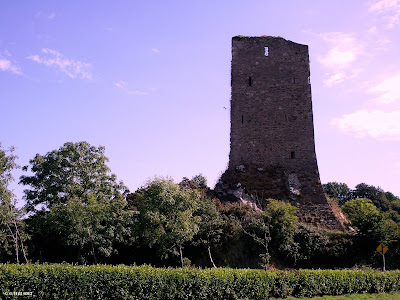 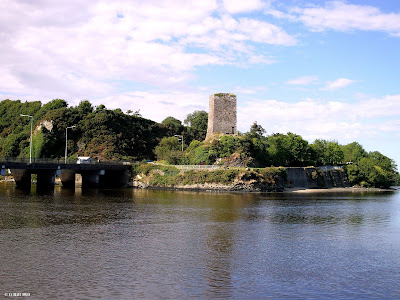 Above Image: View from the South bank

When Robert Fitz-Stephen landed in Bannow bay in 1169 as one of the leaders of the Norman invasion, his efforts in command and conquer were rewarded by way of lands granted to him that stretched from Bannow to Wexford Town. At the mouth of the Slaney river he built a stronghold called Carrick and this was thought to be Ferrycarrig castle, but in fact according to recent archaeological investigation his structure was on the South bank where the heritage park now stands. The present ruin of Ferrycarrig castle stands on the North bank dating to the 15th century and was constructed by the Roches a prominent family in this area whose forebears also arrived in the invasion .The Castle was designed to act as a defence for the important river ferry and other craft on the Slaney. The ferry was the only means of crossing the mouth of the river as a wooden bridge was not constructed until 1795. The Roche's eventually lost their titles in the early 1600's and their lands and possessions in the Cromwellian invasion and subsequent plantation. This would no doubt have included Ferrycarrig.
The Castle built upon a huge rock outcrop commands a fine view of the estuary and is one of the more dramatic and oft photographed Norman castles.
The area beneath the ruins has been landscaped to accommodate a car park and a picnic spot and from here it is possible to walk around the base of the rock which offers the most imposing views of the castle towering above. The tower stands a tall three storeys high and tapers in size from the bottom to the top. A set of stone steps ascend from the ground level at the Northern end of the ruins and lead you up to the base of the castle. The castle entrance is here with a fairly battered but more recent looking wooden door. Unfortunately it remains locked preventing you from accessing the mural staircase that lies tantalisingly within. However the sheer majesty of the tower and the views even from this vantage point are astounding. Just as a matter of interest you will spot across the river a round tower jutting up from the trees on the south bank. This is not a true early medieval tower but a monument erected in 1858 to those from Wexford who fought in the Crimean war.
The ruins of Ferrycarrig today for me stand as a gatekeeper to this very historic part of Wexford. Beyond this point there are many more ruins stretching all the way to the West of the county on the Hook peninsula. If in this area do not miss a chance to stop for a while and admire this spectacular ruin.
To find Ferrycarrig Castle take the N11(M11) Dublin to Wexford road Southbound and about 15KM out of Enniscorthy you will come to the bridge that crosses the Slaney. The ruins are clearly visible on your left before the bridge. The car parking area entrance is situated a few metres prior to the Castle.