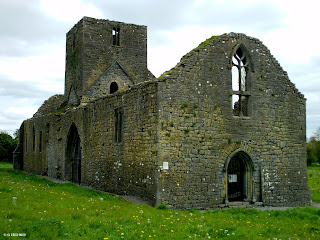 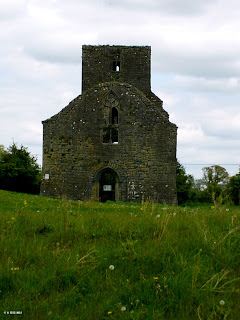 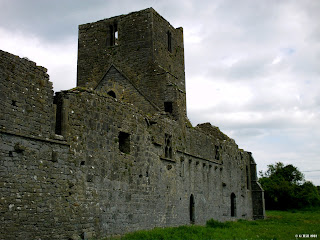 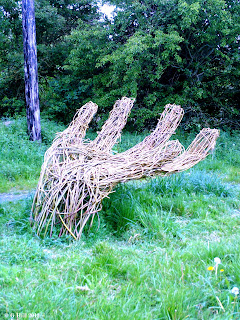 Above Image: One of the unusual sculptures
in the grounds 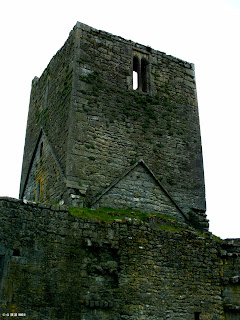 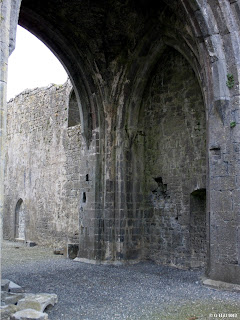 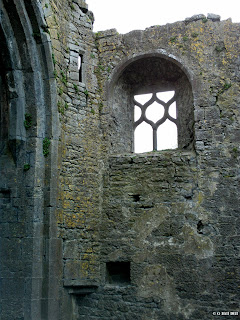 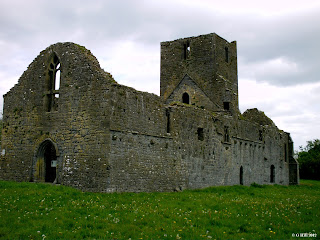 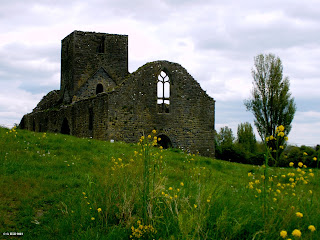 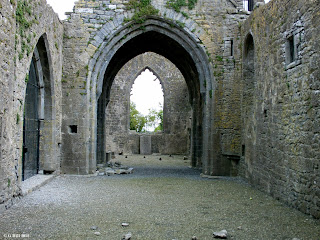 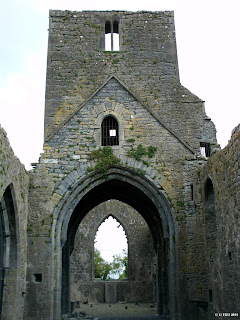 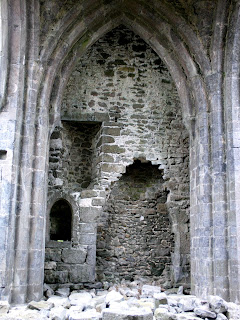 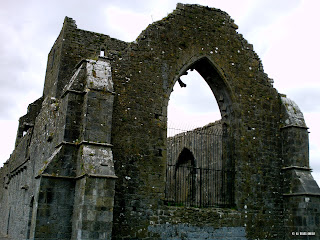 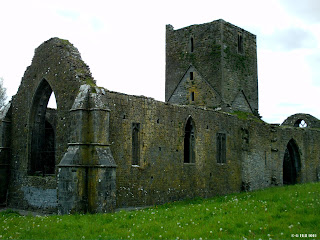 A petition was made in 1461 by Edmund Butler to Pope Pius II for the foundation of a Friary for the Augustinians at Callan.The actual construction did not take place until after the death of Edmund sometime in the late 1460's when it was probably overseen by his son James.
The Friary operated under very strict observant rules but only for a short time as it was disbanded under the dissolution of Abbeys by Henry VIII in the 1500's, the lands being passed to the Earl of Ormonde. A new Augustinian Abbey was built in the town in 1766 by which time the old Friary had fallen into ruin.
We located the ruins on the North East end of the town in an area known as The Abbey Meadow. They sit on slightly elevated ground in an enclosed field adjacent to the King's River. We found parking just in front of the field at the arts centre and entered through a metal gate, then a short walk up a slight hill dotted with wildflowers brought us directly to the site..
The Friary is a long rectangular building sporting a central tower common to Augustinian Abbeys. Within, in the South wall is a remarkable example of a triple sedelia, which is seating for officiating Priests. At the East end is a large gaping arched window which would have shed brilliant light down upon the choir. A spiral staircase leads up to the bell tower which has three storeys, but sadly there was no access on our visit.
The ruins stand proud in the meadow and offer a picturesque point by the river in an otherwise dull part of the town where many of the little shops have sadly suffered and closed due to the financial downturn.
Curiously enough, within the meadow are several of what could be termed modern works of sculpture that have been positioned in various places, one of which depicts a giant open hand. I'm not sure in which context or relation to the Friary these are meant to be but I suspect that they may have some connection to the nearby arts centre and are certainly very striking.
To find the Friary, take the N76 South from Kilkenny for approx. 11 miles until you reach a left hand turn for the R699 pointing towards Callan. Turn left here and continue on until you reach a crossroads with Upper Bridge Street and Green Street. Turn left onto Upper Bridge Street and when you have crossed the bridge on the river take the first right hand turn down a narrow lane. This will lead you to the car park at the arts centre and you will see the ruins ahead of you.
Posted by Castlehunter at 20:36