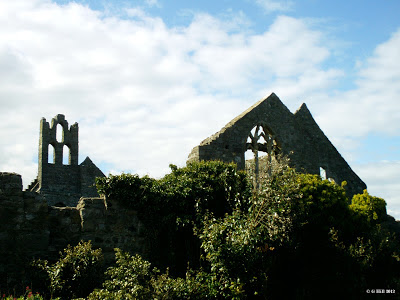 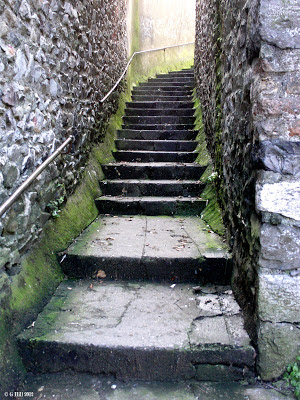 Above Image: The almost secret steps 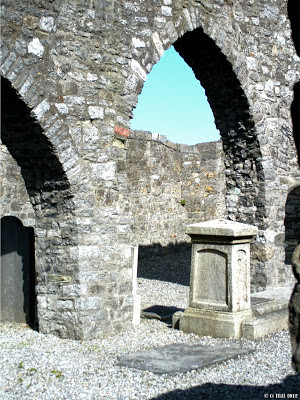 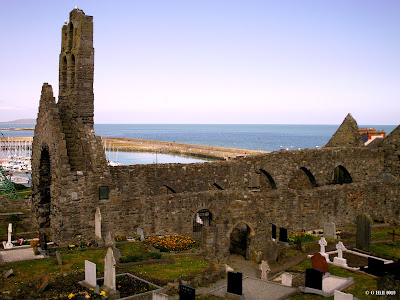 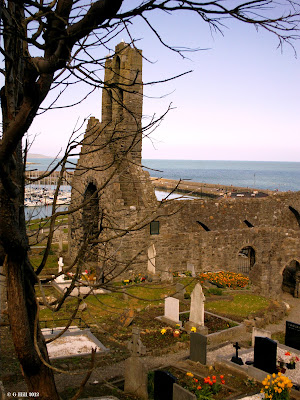 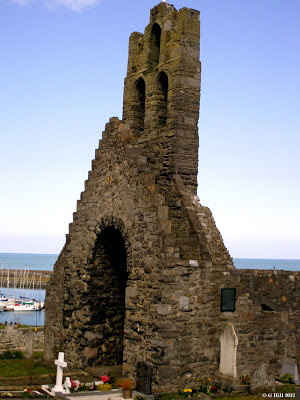 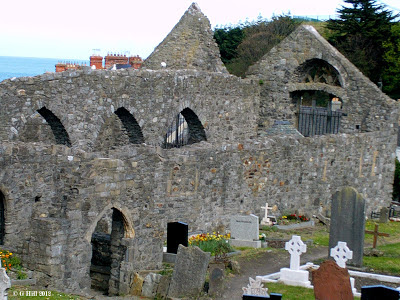 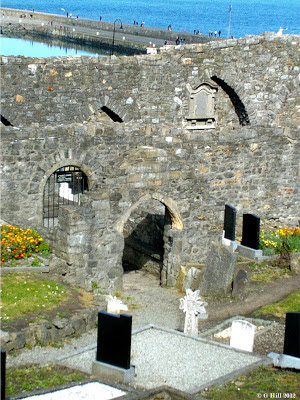 Above Image: The entrance 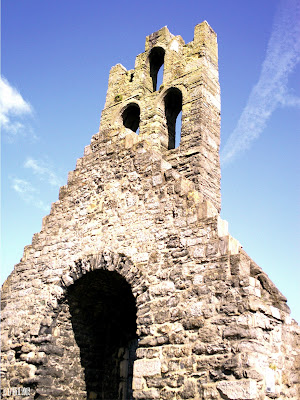 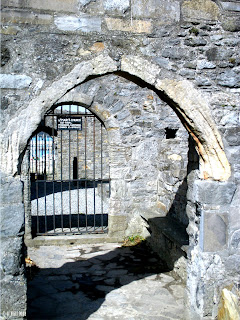 King Sitric, the Viking King of Dublin founded the original site of St Marys Abbey in 1042AD. Sitric acknowledged that the area commanded a fine view of the bay and it environs. The original Abbey was eventually absorbed into the Monastery situated on nearby Ireland's Eye, an island just off the coast near Howth.
The site was re-founded by the Archbishop of Dublin in the late 1300's but the Church built then was demolished and replaced with the present building by the St. Lawrence family in the 15th century. It was modified quite a bit over the following hundred years. Originally it had two aisles with gabled roofs but this was changed into a single much taller gable with an allowance for a bell on the Western end. The Eastern end was adapted into a private Chapel for the St. Lawrence's and the Church remained in use until 1630AD when its congregation moved to another Church in the area and so it subsequently without patronage fell into ruin.
When we arrived in Howth for a visit we managed to get parking along the Harbour side and then walked up Abbey street as far as the Abbey Tavern. To the immediate right of this Tavern is a narrow alley (easy to miss) where a set of stone steps ascends to join Church Street above. This is the easiest route to the ruins. On  a glorious summer day when we arrived we were disappointed to see cranes and construction equipment in the vicinity of the ruins. There was also a construction site warning pinned to the gate leading in.
Well it must have been lunchtime or something because there was no activity or any hard-hatted people to be seen, so after about 10 minutes considering our options and with no one to ask for permission we decided to have a quick look anyway. The iron gate was open and some steps led down to the ruins. The Church overlooks the Harbour from its elevated position and offers fine views. The building is a long rectangular shape, much longer than most Churches of the time and is surrounded by a modern graveyard. There is an entrance way in the Southern wall. Within, the two aisles are divided by a central wall with archways and on the Southeastern end is a finely carved tomb with effigies of the 13th Baron and Baroness St. Lawrence dating from 1470AD. This gated area remains locked to protect the tomb. The main entrance gate is usually locked as well but there is a sign stating that the key can be had from a caretaker in a nearby residence. Our visit was short but I'm sure that access is easier at other times and that the restrictions were only in place because of the construction activity.
To find St Marys Abbey, park anywhere along Howth Harbour and head up Abbey street. About halfway up the hill you will see the Abbey tavern on your right. just to the right of the building is a narrow alley with a set of stone steps. At the top of the steps turn right at the Blue Burger Bar and you will find the gate to the ruins just a few yards ahead of you.
Posted by Castlehunter at 12:52