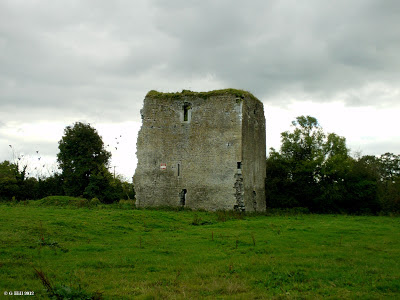 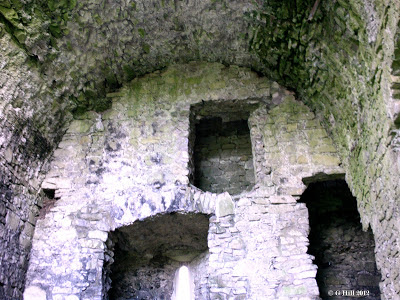 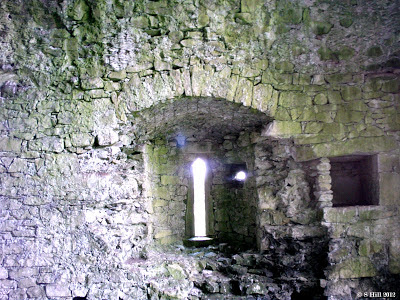 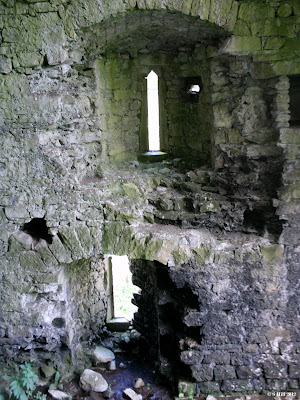 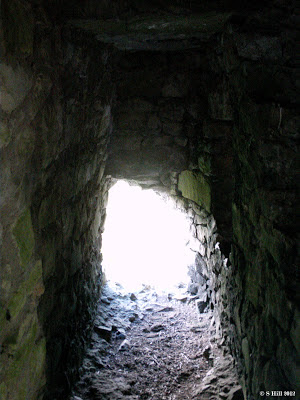 Above Image: In the mural corridor 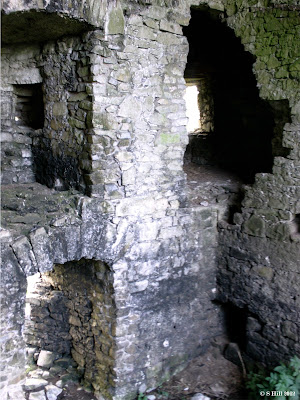 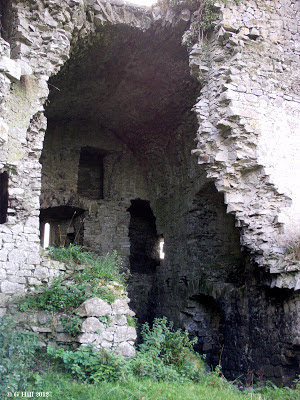 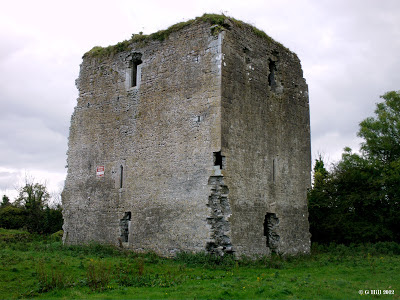 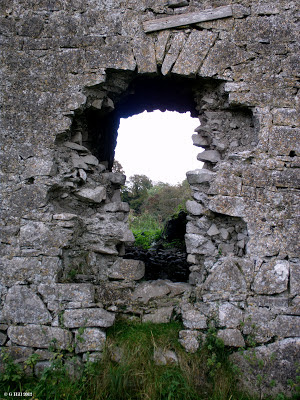 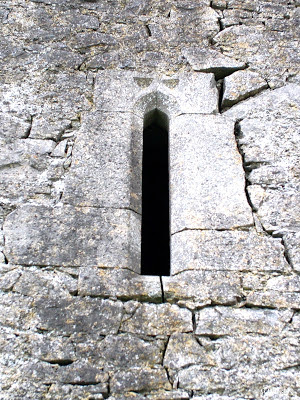 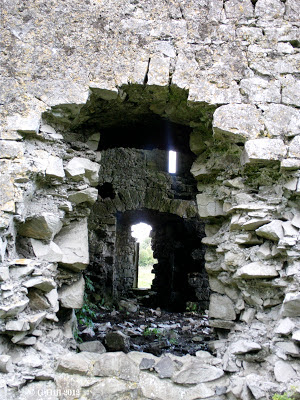 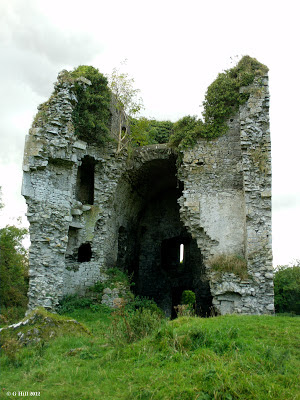 Above Image: The mural corridor is halfway up on the left 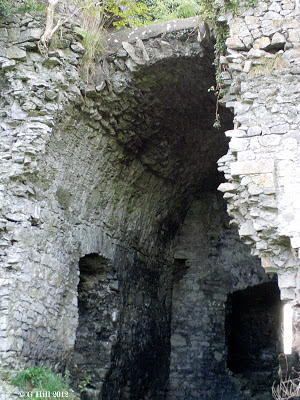 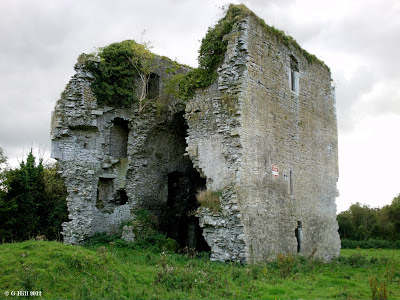 Another example of a De Bermingham stronghold. This one is situated just outside the town of Edenderry on a by-road slightly over the border from Offaly in Kildare. Kinnefad is named after its location and translates to "Head of the Ford". It was constructed by the De Bermingham's in the 14th century, its large solid almost square shape designed for the defence of a pass in an area that witnessed a lot of turmoil over the years. Indeed quite a few weapons such as swords and spearheads have been uncovered over time here. The whole Eastern wall of the Castle is now missing.
It was a bit of a runaround trying to locate this ruin as it is well off the main roads, but a quick stop and a chat to a local put us back on track and eventually we came across it in a field down a narrow by-road.
There was a large gate leading into the field and a bungalow on the opposite side of the road. I decided to play safe and enquire at the house if access for us was permitted. The house owner said he didn't really know as it was council land but that it was frequently visited by passers by. The gate as it happened was closed with only a loose chain and no padlock probably to keep the cows that were present in the field from wandering out.
The stretch of land over to the ruins was rough and somewhat boggy in places and there was a notice on the facing wall warning of the ruins being unstable. We took a look anyway. The three remaining walls looked solid enough with just a few small crumbling sections. These walls had  a few scattered narrow windows.
The Eastern side with its missing wall exposes the inside showing scant remains of a stone staircase and a very solid looking vaulted ceiling. This Castle had certainly been built for strength. There is a mural corridor in the wall on the left hand side of the gaping maw which with a little agility and a lot of foolhardiness can be entered. Though the Castle is in a dilapidated condition I think the strength of the vaulted ceiling is keeping it standing nonetheless. I could not locate any later history of the Castle and how it met its fate. Possibly cannon fire from Cromwellian forces might have blown the wall out but at the moment I cant really be sure.
To find Kinnefad Castle, drive Southwards from Edenderry down St Mary's Road (R402) until you reach a crossroads with the R441 and a sign pointing right towards Rhode. Turn right and drive until you have reached a small roundabout. Go straight through and drive approx. 1.5KM until you see a fork in the road with the right lane sign pointing to Castlejordan. Turn right onto this lane, and this is very important, turn right again just a few yards in. Drive down this narrow road for approx. 1.5KM and you will spot the Castle in a field on your right. You can park alongside the road opposite.
Posted by Castlehunter at 16:07