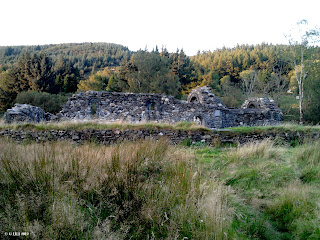 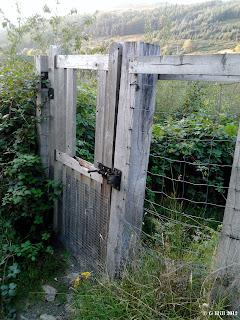 Above Image: The entrance gate to the trail 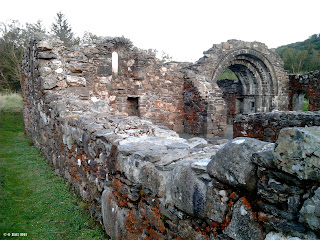 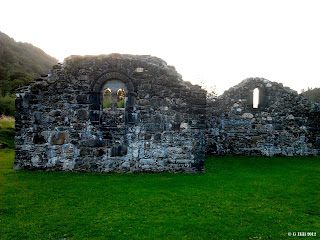 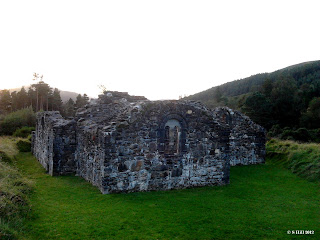 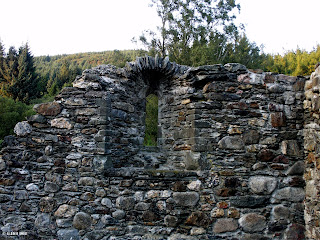 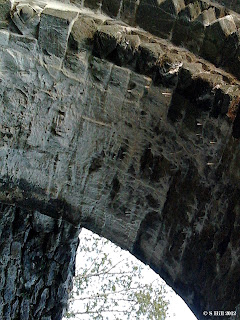 Above Image: Look closely to see some calcite stalactites 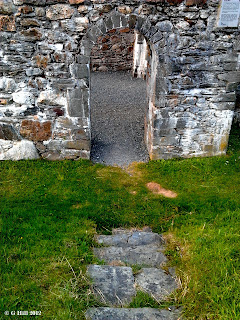 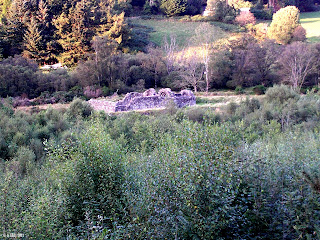 Above Image: Nestled in a beautiful vale 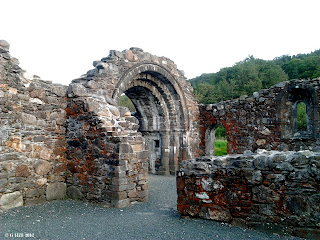 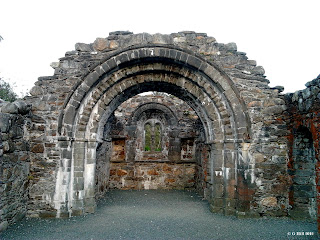 Above Image: The great Romanesque arch 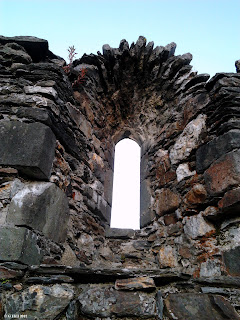 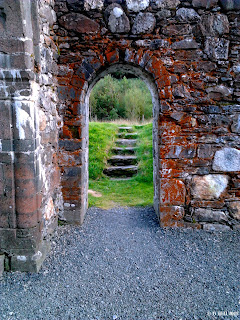 St Saviours Church was constructed in the 12th century and then again in the19th century! Read on and all will be revealed.....
The Church consisting of a Nave and Chancel was constructed around the time of St Laurence O'Toole's Abbacy, probably the late 1150's. It was built as an Augustinian friary and probably thrived until the dissolution of Abbeys in the 1500's. By the 1800's it was in a very poor state with its central arch collapsed and it fortunately found itself falling into the brief of the restoration of the Glendalough monastic site by the Commission for Public Works in the 1870's. The Reconstruction was done using original stones and sketches of the Church and regardless of this factor it is still a fine example of Romanesque design and is to this day still the subject of some further Restoration as the mortar used in the 1870's is slowly destroying the stonework with calcite.
The Church is one of the nearby ruins to the main Glendalough site and is easily accessible. From the main car park you cross the river and take the trail to the left and eventually you will spot the ruins far down the slope from the trail on your left hand side. A nicely latched wooden gate is a few feet down from the trail and this allows you access down the slope on a five minute trek through some fairly bushy undergrowth to a copse near the river. It would be advisable to visit on a dry day as this slope could become muddy and quite slippery in or after rainfall. Nestled below in the clearing are the ruins and  how interesting they are too. A small stone stile and a few steps give you access to the Church. The fine central arch within has three orders and some really intricate stonework, while the  window facing East has some fine carvings including birds, a serpent and a Lion. Some of the stonework surrounding this window appears to have been placed incorrectly but it does not really detract from the beauty of the Design. Both archways have white calcite on their undersides and rainwater has formed, as it does in limestone caves, some calcite stalactites, thin straw like features that protrude downwards from the arch. On a fine September evening when we visited it was quiet in the Glendalough area as all the tourists were gone so we had time to experience the solitude and peacefulness of St. Saviours location as it might have been for the monks more than 800 years ago.
To find the ruins, take the R755 from Enniskerry to Laragh, then keep right onto the R756 and drive for approx 1.5km until you see a road slope down on your left toward Glendalough. Halfway down this road is a large car park. From the car park cross the river and take the trail to the left. Walk for approx 1km and you will see a sign pointing left down to St.Saviours.