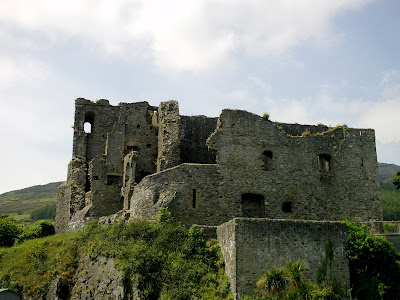 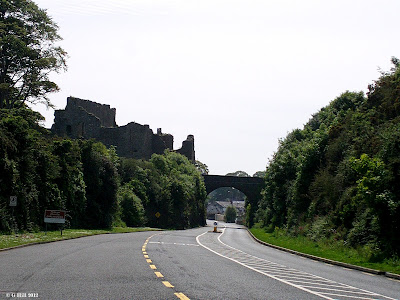 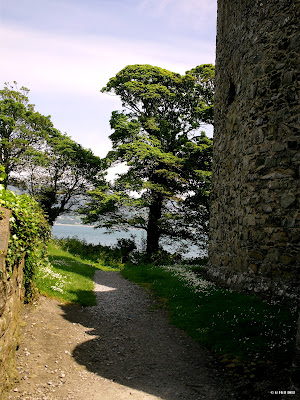 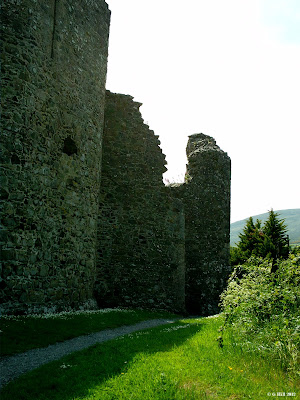 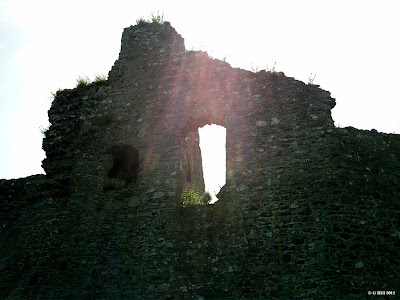 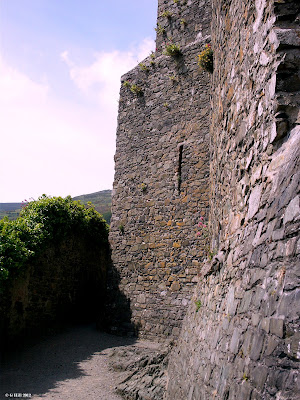 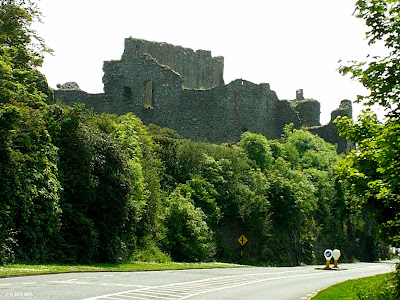 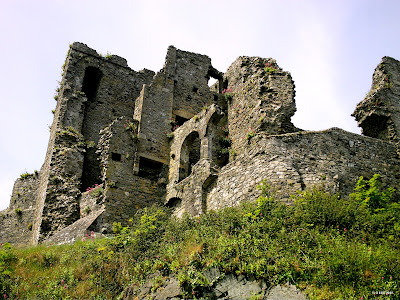 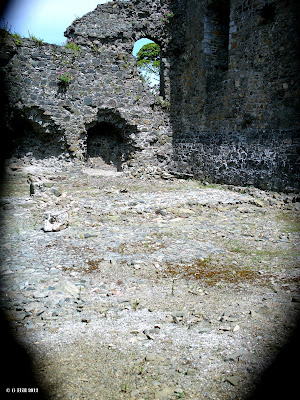 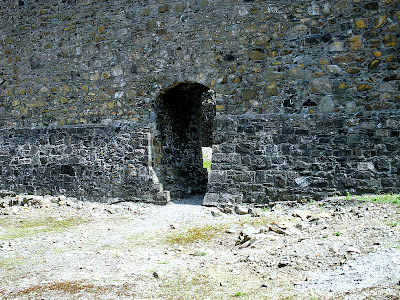 Above 2 Images: Some interior views 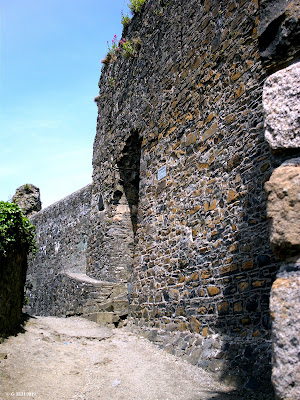 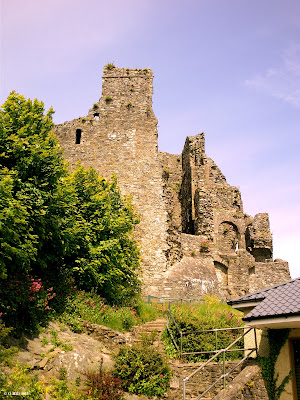 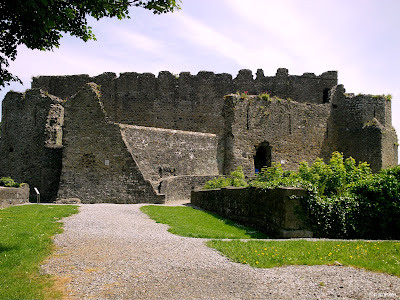 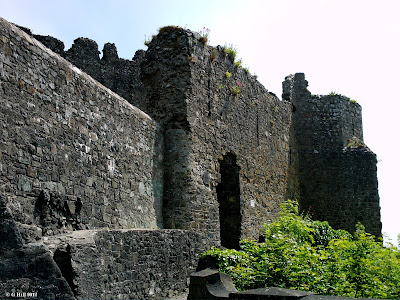 In 1210AD King John of England is said to have made a three day stay at Carlingford  The Castle he stayed in had been commissioned by Hugh De Lacy in the 1180's and it subsequently became known as King John's Castle. The Castle was constructed in two parts. The original De Lacy section forms the Western part and the eastern section was added in 1261. Further alterations took place in the 15th and 16th centuries.
The Castle stands strategically on a rocky outcrop overlooking Carlingford Lough with the majestic Slieve Foy mountain as a backdrop. It stood on the frontier of The Pale and so was in a very defensive position. The town of Carlingford grew healthily in subsequent years in the shadow of the Castle. Carlingford is derived from the Viking Kerlingfjoror which loosely translates as "Narrow Bay of the Hags"
The Castle consisted of two storeys and a basement. The great hall overlooked the lough while the living quarters were situated to the rear. The Castle had several owners over the years and history records that it was laid siege to unsuccessfully by Hugh O'Neill in 1596 and was fired upon by Jacobite's in 1689. It also served some time as a hospital prior to the battle of the Boyne The history becomes more sketchy from there on but records state that some repairs were made by Lord Anglesey in the late 1700's. Following that it appears to have just fallen into ruin.
We have wanted to visit this Castle for some time but were always deterred by reports that it was closed to the Public for safety reasons. Apparently the masonry within is quite brittle and the former basement is filled with it. There are ongoing efforts to shore it up so that it can eventually be reopened. Nonetheless, this ruin is well worth a visit and we were glad that we did in the end. Even though the interior is out of bounds you can still ascend the stone steps from the pier and walk completely around the base of this great ruin high on it's craggy rock. Rails have been added for safety on the lough side of the walkway and the views from this aspect are breathtaking especially on a clear sunny day. The Castle is joined to the Town by a large arched bridge that crosses the road that you arrive on and this makes your first sight of this ruin all the more impressive. The best approach for access is from the pier as the gate on the Town side remains locked.
To find King John's Castle, take the M1 motorway from Dublin to Dundalk and exit for the N52 Dundalk North. Follow the signs for the R173 road to Carlingford .It is about a 20 minute drive and you can park your car on the pier for easy access.
Posted by Castlehunter at 20:41