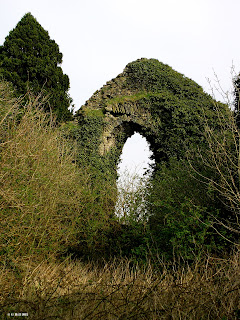 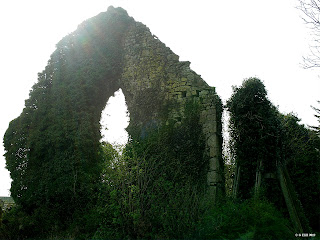 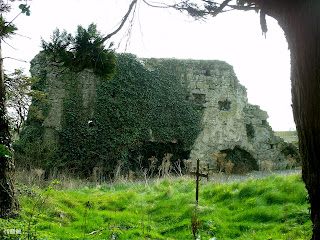 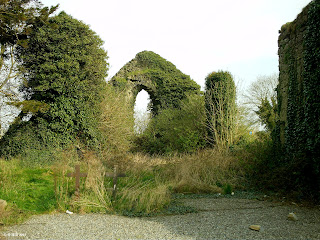 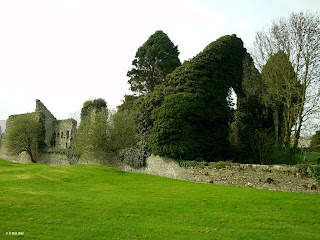 Above Image: View from the boardwalk 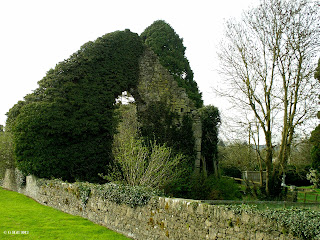 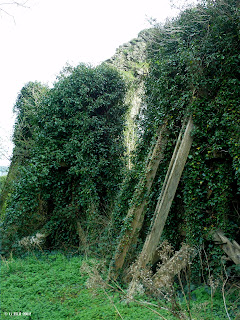 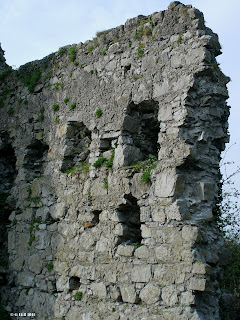 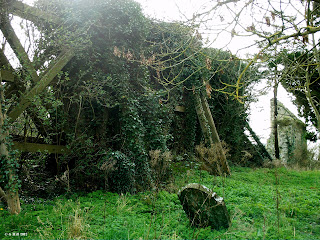 Above Image: The terrible state of things


The Grey Abbey (named after the colour of it's Monk's habits) was founded for the Franciscans by William De Vesci around 1254AD. Under the Fitzgeralds it remained an important site until it became part of the dissolution of Abbeys in 1539. It is Known that several Earls of Kildare are interred on these grounds.
The Abbey is in a very sad state at the moment. The walls appear  in places to be close to collapse and are propped up by wooden buttresses and timber supports. The East gable is still standing but the other walls have suffered badly. The ruin is overgrown quite a bit and all in all is looking decrepit. I always find it a shame that sites like these are not cared for more and kept in as good a shape as possible as they are part of the rich historical heritage of this country.
The ruins lie just South of Kildare Town on the Grey Abbey Road. As they are situated within a walled graveyard, you will need to enter by way of a stile in the wall or the gate (if open). The first thing you will meet is a lot of wire fencing around the ruins and a large sign saying "Danger Keep Out" This is not here for no reason as explained the ruins are in a bad state. Someone it seems has trampled down part of the wire on the North facing side allowing access to the interior. As there is no roof to collapse in and a fairly wide gap in the wall we took a chance and had a quick look inside. The ground is uneven and overgrown but we did not get too close to the actual walls.
I would in hindsight not recommend crossing the beaten down fence as having done so on impulse I can see how dangerous a condition these ruins are in, but I felt in this instance the opportunity was afforded to make some record of the site  before it degenerates further. The ruins are bordered on the Southern side by a boardwalk from the Kildare Shopping Outlet and safely give a good if not slightly distant view.
To find The Grey Abbey, take the M7 Motorway from Dublin and take the junction 13 exit. Turn left at the roundabout at the top of the exit ramp onto the R415. A few yards later take the first left turn onto Grey Abbey Road. Drive for about 700 yards and you will see the ruins to your left. Parking is limited on the road but we parked conveniently in the car park of the supermarket opposite the graveyard. 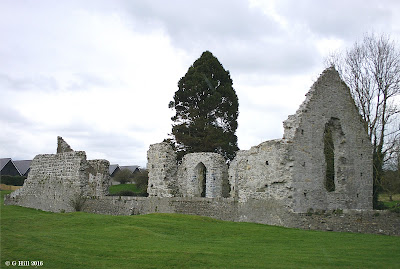 Above & Below Images: The all new brighter version! 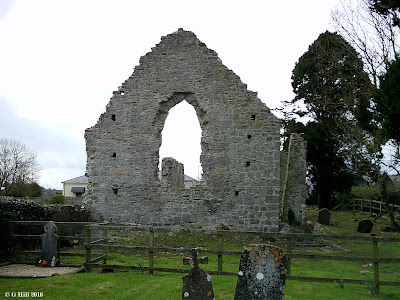 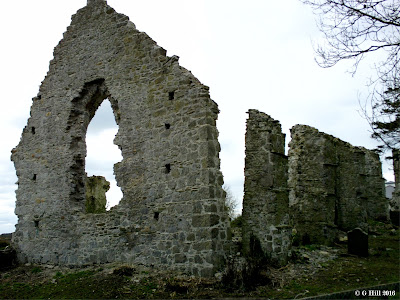 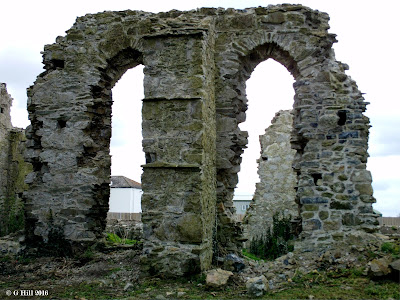 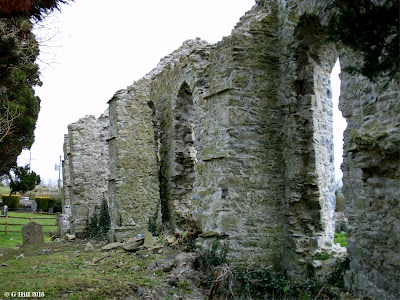 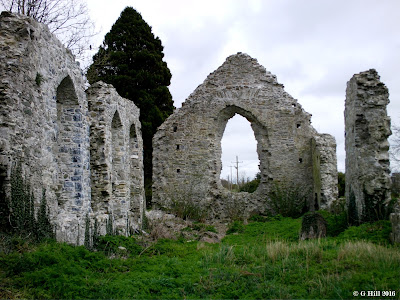 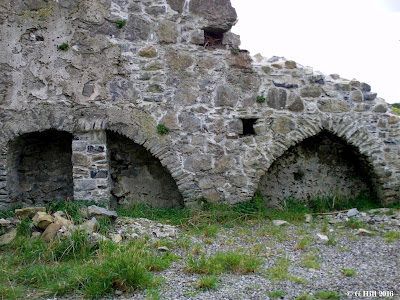 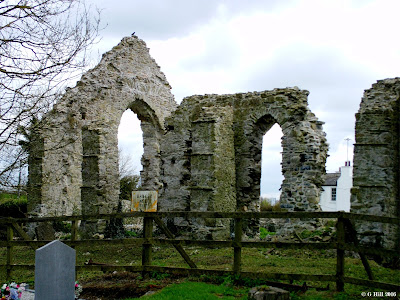 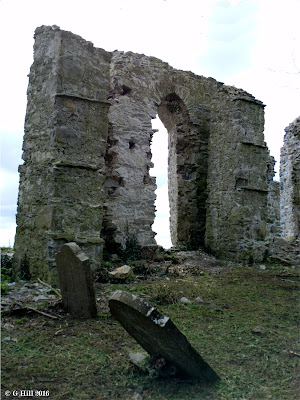 Took a second visit here to the Grey Abbey and things have really changed in the four years that have passed since I first visited here. The Abbey has been completely cleared of overgrowth and allows the ruins to breathe again. Features such as arched windows can now be discerned more clearly. A smaller more practical wooden fence surrounds it and still contain the alarming "Danger Keep Out" signs. Yet there is still a break in the fence on the North side which allows you to wander in around the ruins. Really worth a visit now, just follow the directions as above.  Many thanks to John Shortland for putting me wise to the renovation.
Posted by Castlehunter at 20:31