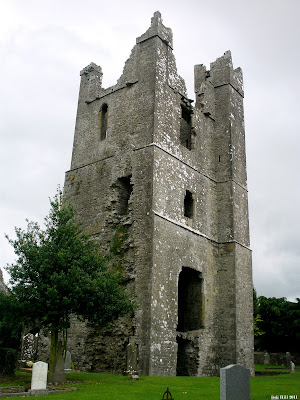 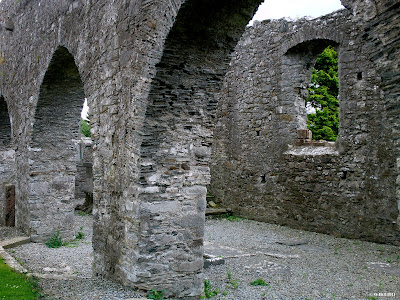 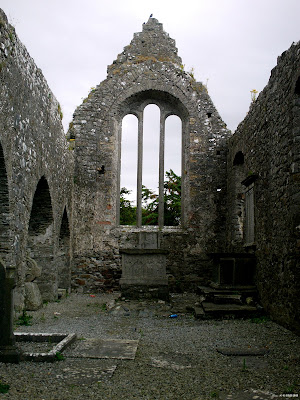 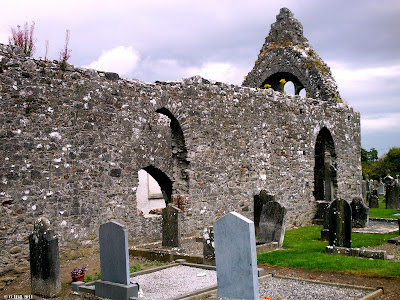 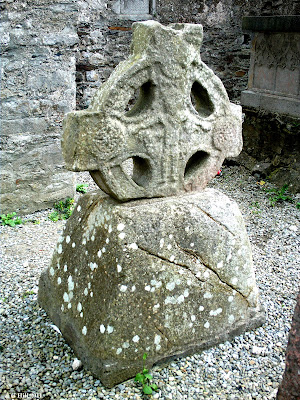 Above Image: Remains of one of the two High Crosses on site 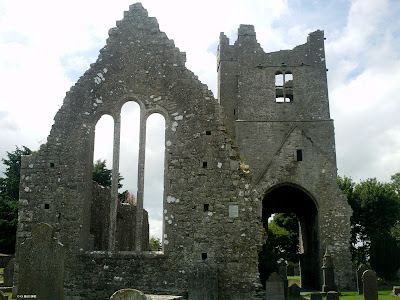 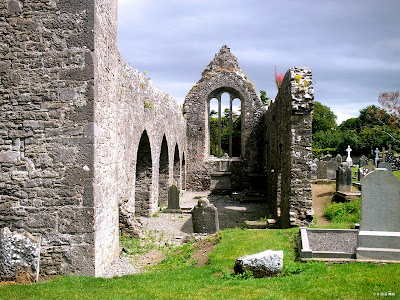 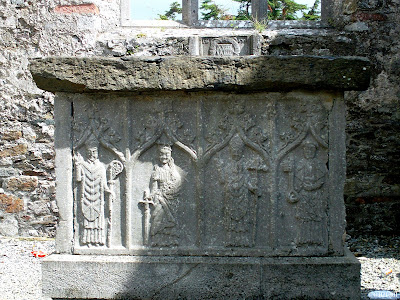 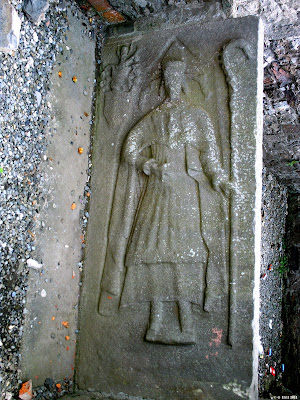 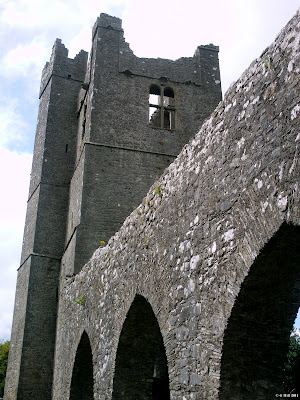 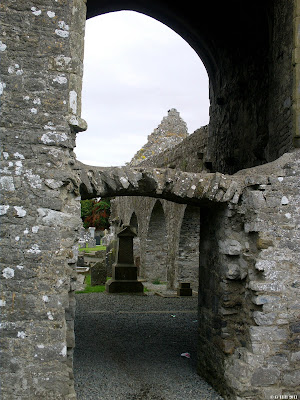 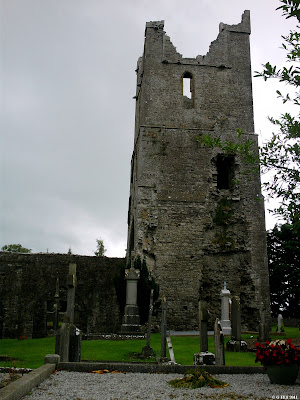 This fine structure was built in the 13th century by Hugh De Lacy for the Augustinians on the site of a 12th century Church. It was dedicated to St. Mary and still bears that name. Some fragments of the earlier Church are still to be seen within..
The huge Tower was added in the 15th century and was adjoined to a then existing Round Tower. The Round Tower has since disappeared but the scarring from its removal is still highly visible on the existing Tower's North facing side.The area around this Priory was once an ancient monastic site managed by St Cianan in the 5th century who was a disciple of St. Patrick. There is a more modern Church adjacent to the ruins also called St Cianan's which was built in 1816 and appears to now be a restaurant!
The Priory ruins are in the centre of the town on an oval shaped area bordered by the Main St and Church Lane. We found the large gate to the Churchyard unlocked and got access easily. On this site are two 9th-10th century High crosses, although both could be termed otherwise because of their height. One is less than two metres high and the other, just the base and head remain. Within the ruins are also some very decorative Medieval tombs. The site seems well kept although there are signs that the ruins have been used occasionally for alfresco imbibing by local youth. The imposing Tower looms above you with it's large tear down the North face where once stood a Round Tower. St Mary's is worth a visit if in the area and is generally quiet. We visited in Summertime and only met one other person in the grounds.
To find St Mary's take the N2 heading North from Dublin.as far as Cushinstown Here there is a right hand turn onto the R152. Drive for about 4.5 miles until you reach Duleek Town. Take a left turn onto Mill Hill. This in turn leads onto the Main St where you take a right hand turn onto Church Lane. Follow this Lane until you see the Priory on your left. You can park on this Lane quite easily enough.
Posted by Castlehunter at 13:47