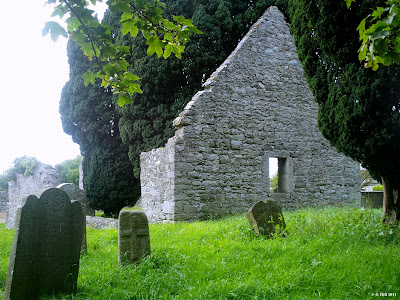 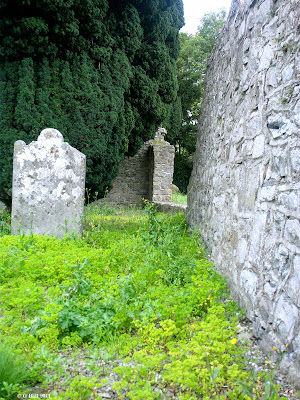 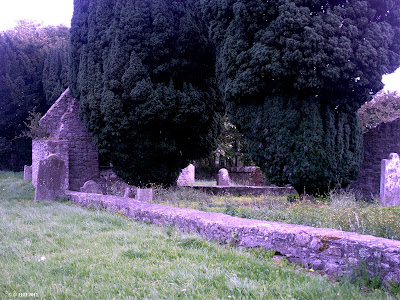 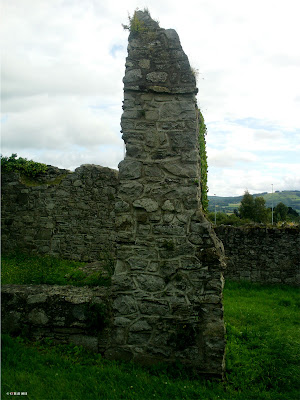 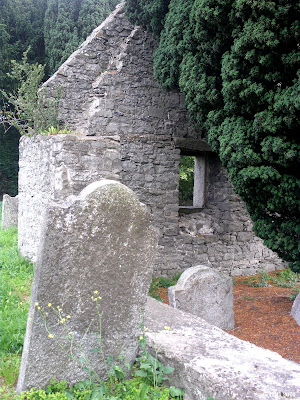 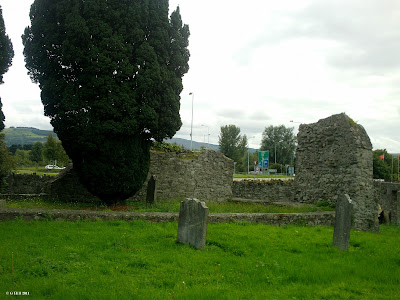 Above Image: The Ruins with the busy roundabout and
Montpelier Hill in the background 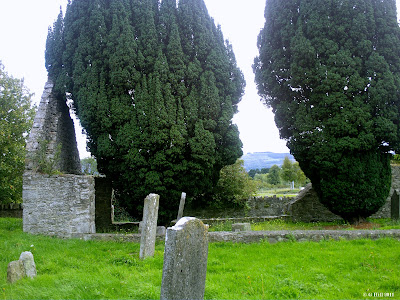 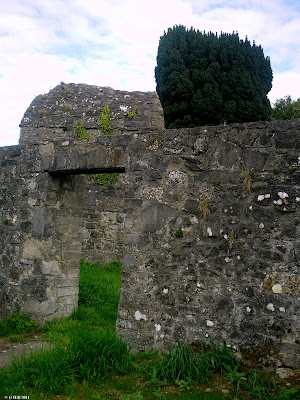 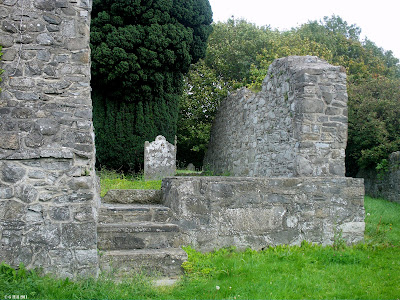 These medieval ruins stand on the the site of the early monastery of St Melog or Tachmelog which is in its more modern terminology  "Templeogue". None of the monastery ruins remain but the small Church may have some parts that predate the Norman invasion. The Church fell into ruin in the early 1600's and would have disappeared altogether under ivy and vegetation had it not been defoliated in recent times and now appears to be frequently up kept.
The ruins consist of an Eastern facing gable which seems complete and parts of the North and South walls. The western end appears to have an entrance which may predate the other parts of the church.
The ruins stand on a grassy knoll to the side of the very busy Spawell roundabout at the top of Wellington Lane.There are some ancient gravestones surrounding the Church but a more modern cemetery adjacent provides access through it's grounds. The old ruins are kept separated by a wall with an open gate and although the area is overlooked by modern housing, it seems more secluded than it actually is.
To find the ruins take the M50 as far as the N81 Tallaght exit heading East toward Templeogue. The following roundabout turn left and about 100 metres down the road you will see a right turn to the gate of the new cemetery. You can park here and enter over a stile in the wall.
Posted by Castlehunter at 15:28