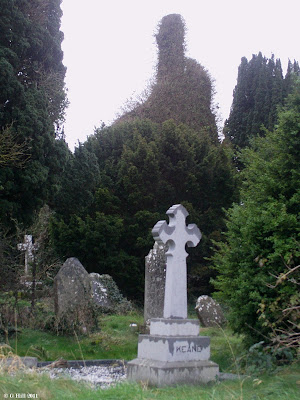 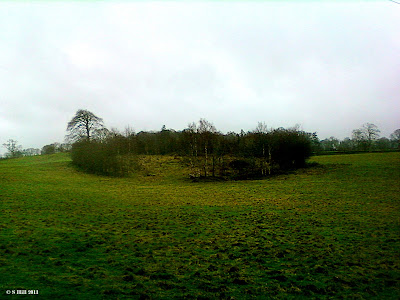 Above image: The unusual copse of trees as viewed from the ruins 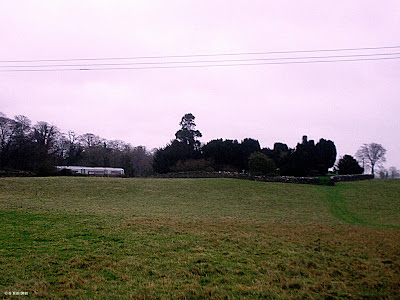 Above Image: The modern and the ancient. A train passes the ruins 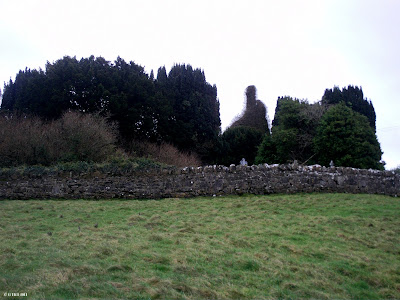 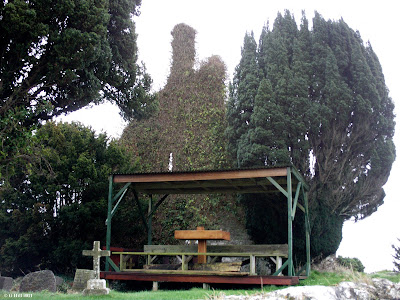 Above Image: The Mass stand erected for annual ceremonies 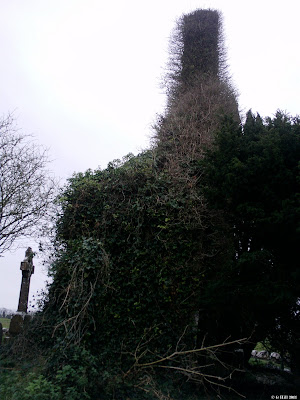 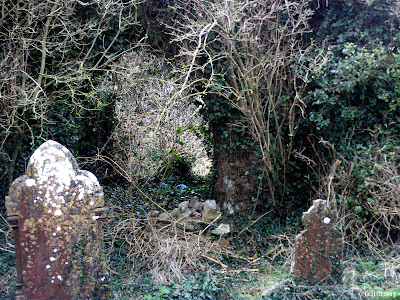 Above Image: The only other visible part of the ruin 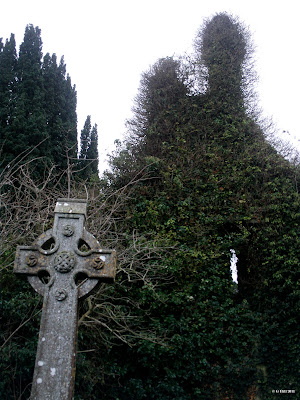 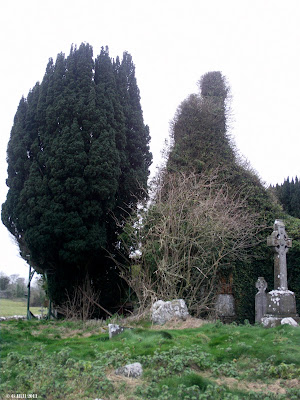 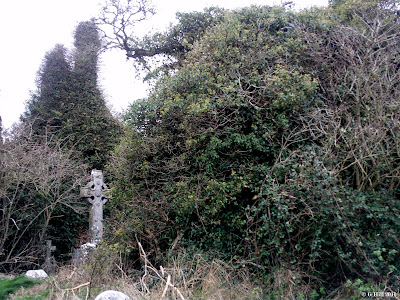 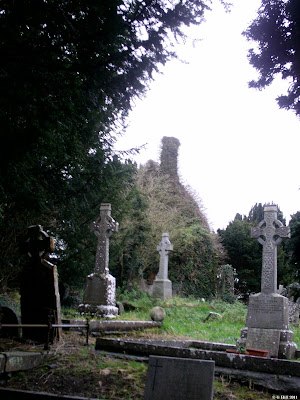 Grangewilliam Church ruins stand on the old Monastic settlement of Donaghmore near Maynooth in Kildare. The Monastery stood here until the approx. the 11th century. The Church was built later on the grounds and itself was in a ruinous state by the 1300's. This makes it one of the oldest Church ruins still in evidence. The surrounding area of Maynooth holds another two Monastic sites, those of Taghadoe and Laraghbryan.
The now ivy covered ruins of Grangewilliam are almost invisible apart from the Gable end and part of it's opposite wall which in part can be viewed from within the ruin.The gable stands tall on the grassy mound and seems very much in competition for prominence beside the yew trees  There are annual grave blessings held here and therefore a lot of good work was done by locals to preserve what was there.
You approach the cemetery and ruin through a large rolling meadow. There is an unusual circular copse of trees adjacent and a 19th century wall surrounds the cemetery. This can be accessed by a gate during ceremonies but is otherwise locked and you will need to climb over a slightly precarious stile in the wall to gain entry. The locals have formed a well kept perimeter pathway around the ruins, but the ruins themselves lie heavily covered with ivy and the ground underfoot is rough. Still, to find one of the oldest historical Church ruins is well worth the effort.
Apart from the occasional rumble of a passing train ( The ruins lie close to the Dublin-Sligo rail line) there is a very odd atmosphere. You can almost taste the sense of antiquity. The meadow surrounding, especially on a soft day, with drizzle falling, is almost M R James- like in it's setting As though something ancient was observing the intrusion of it's grounds
To find Grangewilliam(Donaghmore), from the main street in Maynooth, take the R148 road towards Leixlip. After approx. two miles you will reach the large gates of Carton estate on your left. Turn right at the Junction opposite these gates and cross the stone bridge (Pikes Bridge). About 35 yards up this road on your left you will see a gate with a stile to it's right hand side. You Can park on the grass verge a few feet away and walk across the meadow. Keep to the track as the land either side is used by the adjacent Horse Stud and the ground can be a bit Spongy.
Posted by Castlehunter at 20:35