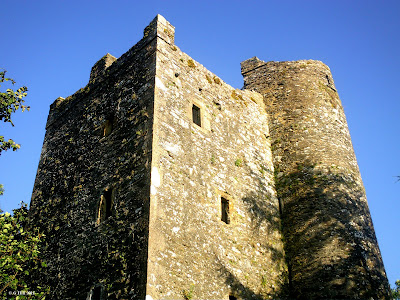 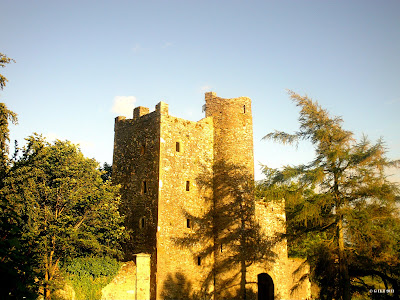 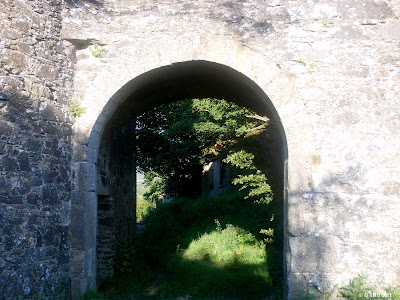 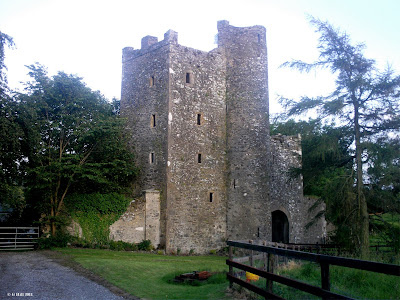 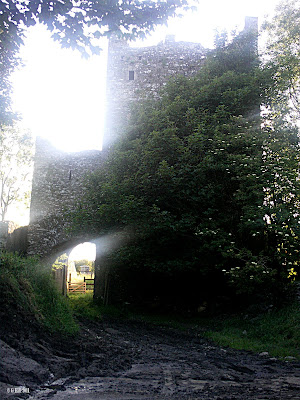 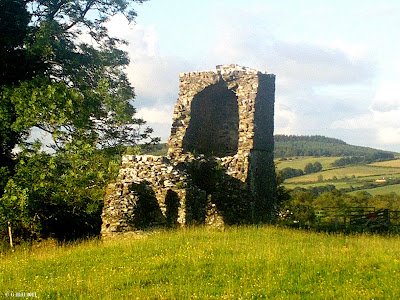 Above Image: Part of the old monastic site 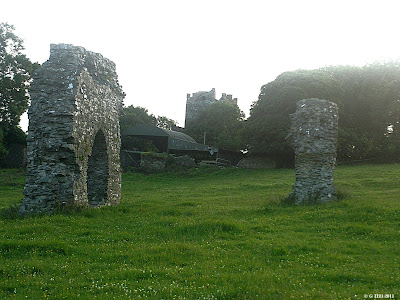 Above Image: Monastic ruins with Castle in background 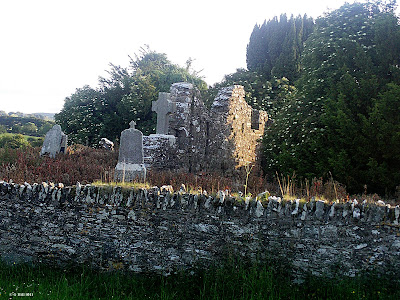 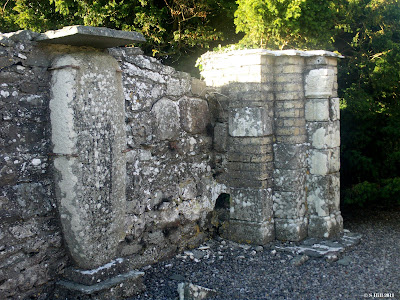 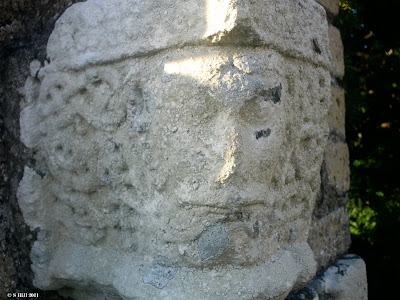 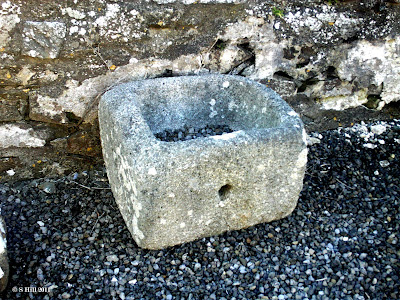 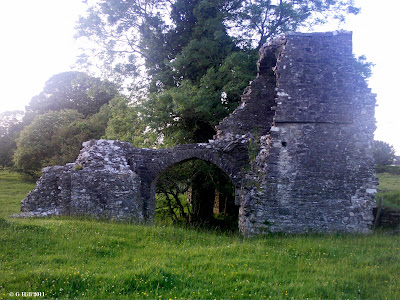 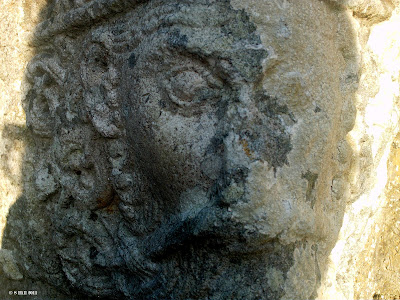 Above Image: One of the stone head carvings

The imposing ruin of Kilteel Castle stands on private ground near the small Village of Kilteel in Co Kildare. The Castle dates from the 15th century although a preceptory was built earlier on this site by Maurice Fitzgerald for the Knights Hospitallers of John of Jerusalem. The Castle has five storeys and a spiral staired extended Tower on it's right hand side. This Tower is still possible to climb.
The Castle lands changed hands many times during it's history, from the Earl of Tyrconnell in 1669 to the Fownes Family until 1838 and the Kennedy Family thereafter. The Castle was laid siege by cromwellian forces in the mid 1600's and subsequently began it's descent into ruin. In the fields adjacent are the ruins of a Monastic settlement, some parts dating back to the 8th century.
We approached the Castle on a Summer's evening and parked our car by the gate to the land on which it stands. There was a notice on the gate stating private property and no trespassing. We knocked on the door of the house beside the castle and a pleasant lad said it was no problem to have a look around and seemed pleased that We had bothered to ask.
There is a large archway in the Castle wall and within this there is a gated door with access to the Tower. The owner holds the key. Beyond the Tower We found a Farmyard with what looked like some ancient cottages now being utilised as storage. There was a resident Dog who eyed us from his kennel but never bothered us while We were within the grounds. The Tower and front wall are all that remain of the Castle but in the fields behind are a number of ruins from the former Monastic settlement that are well worth a look. The field is a bit spongy in places and you will need to cross a dried up River bed, so appropriate footwear is recommended. Here you will also discover a walled Graveyard with Church ruin that has a number of interesting stone carvings. The wall has a stone stile for access.
To find Kilteel Castle, take the N81 from Tallaght towards Blessington. After passing through Brittas you will see a sign for a left turn to Kilbride (Manor Kilbride). Just after this turn on the right is a narrow local road. Take this road and after about a mile or so the road forks. Take the right hand route and this will lead you to a T-Junction. You will see the Castle on your left. Turn left at the junction and you can park easily enough by the roadside. Please ask for permission to enter, as the Dog mentioned earlier has a different opinion of people trying to open the gate!.
Posted by Castlehunter at 20:50