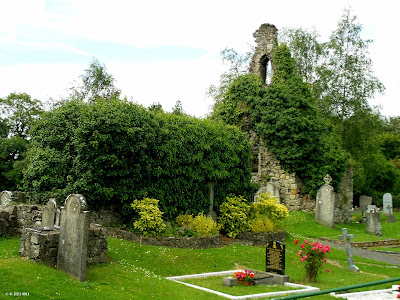 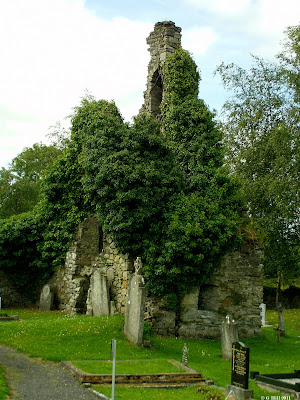 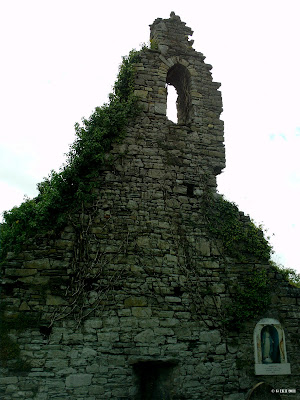 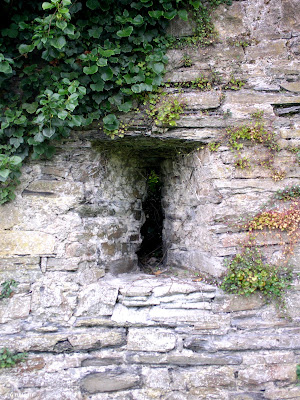 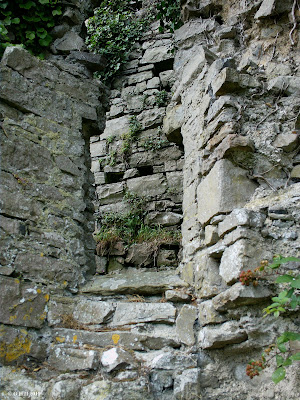 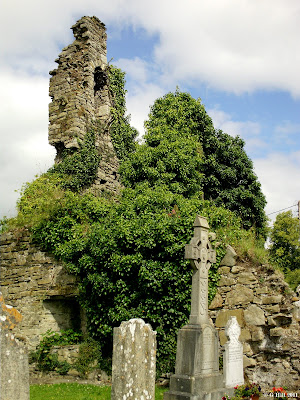 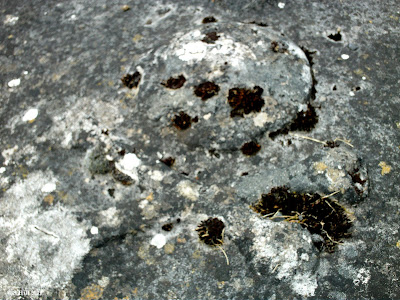 Above Image: The Skull & Crossbones 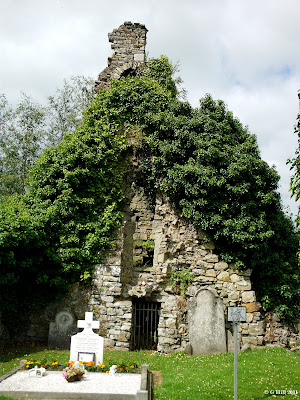 The ruins of Old Athlumney Church stand in the centre of a very well groomed Cemetery. The Church was built in the 13th century on a Barony granted by Hugh De Lacy. It is rectangular in shape and has a double bell cote indicative of the time.The graveyard is still in use today and the oldest stone dates from 1709,
We visited on the same day as we saw Athlumney Castle just up the road and were prepared to scale a rather awkward stile in the surrounding wall when an elderly gentleman passing informed us that the gate was in fact unlocked. We are so used to having to find the hard way into places that sometimes we overlook the obvious!
The same gentleman professed that he was not in fact a local as he had only lived in the area for 40 years! He related some of the history and pointed out an unusual grave slab that bore a skull & Crossbones. He thought that it might be associated with freemasonry as this symbol was often used to denote a master mason.
The Church ruin itself is small and mostly ivy covered but it worth a look as it is situated in a very historical area of the country. The informative plate on the entrance wall indicates that there is a ritual unique to this graveyard where the casket of the deceased is laid on a "Chevers-Coff"  and the De Profundis is said before internment.
To find Athlumney Church take the N51 from Navan towards Kentstown. Take the first right turn onto Convent rd and you will find the Church on your right. You can park in the Athlumney Castle housing estate just up the road behind the Castle. Convent Road operates a one-way system, so on leaving you will need to rejoin the N51 at the other end.
Posted by Castlehunter at 20:40