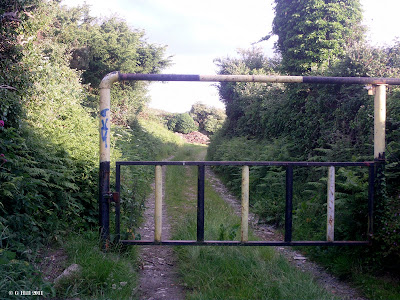 Above Image: The Gate at the top of Mine Hill Lane 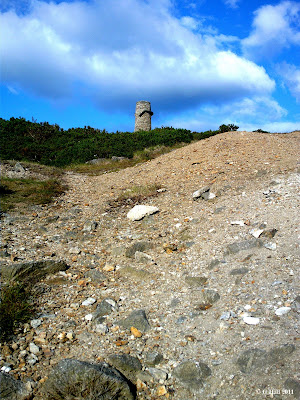 Above Image: The Opencast slope before the summit 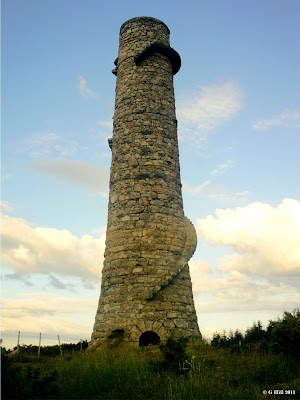 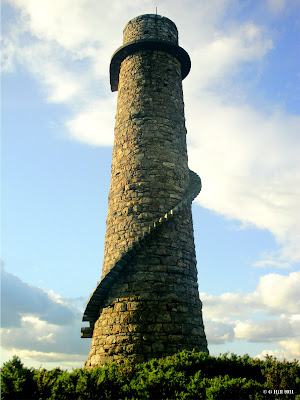 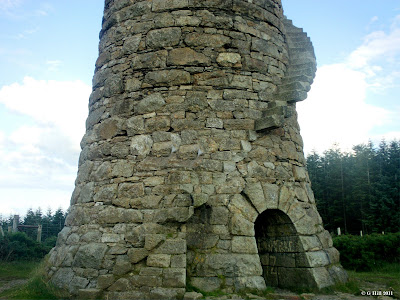 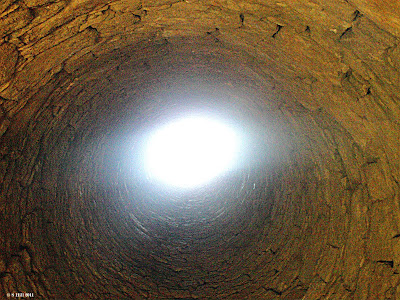 Above Image: The view upwards inside the Chimney 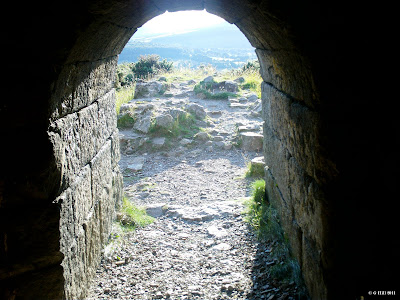 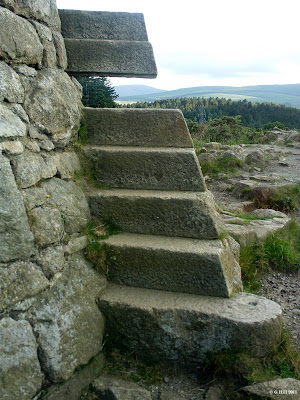 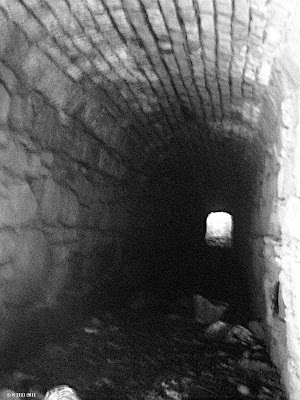 Above Image: A view inside The Flue 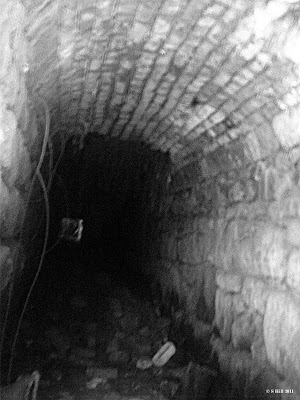 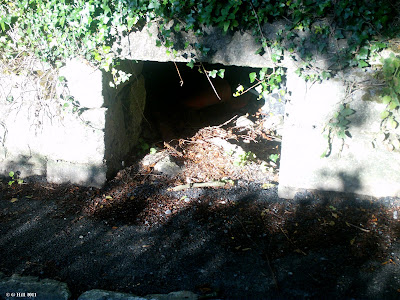 Above Image: A Flue inspection hatch 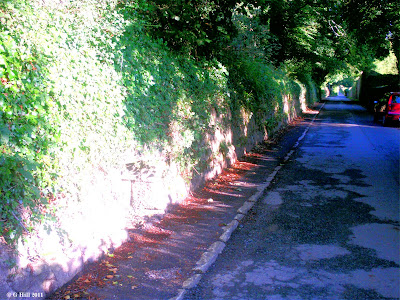 Above Image: Mine Hill Road with the flue wall to the left 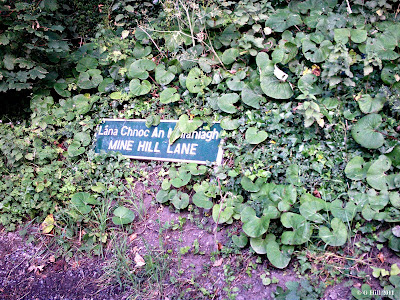 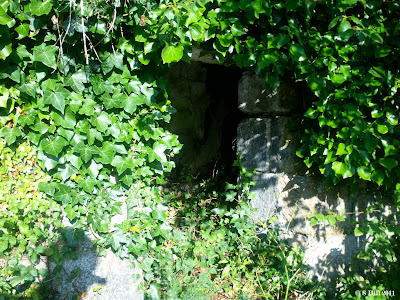 Above Image: Another inspection hatch


Visible from quite a distance around parts of South Dublin, Ballycorus Chimney stands 80 feet above the summit of Carrickgollogan Hill, which itself has a height of 906 feet. The Chimney and remnants of it's Flue are both now in ruin and while the Chimney is accessible, the Flue is not quite so easy.
The Chimney belonged to the former lead mines which were founded in 1807 and were in operation until 1860. Smelting works were constructed in 1828 in the Valley and to offset toxic fumes, the Chimney was built on top of the Hill and a mile long stone arched Flue was run from it to the smelting works below. This meant that the dangerous fumes would be exhaled into the air well above the general populace. Unfortunately some workers had the job of entering the Flue at inspection points with barrows to scrape off lead deposits left within. Many of these workers died of lead poisoning leading the locals to call the area "Death Valley".
The smelting was finally discontinued in 1913. Some of the former works buildings remain today and are in under either commercial or private occupancy.
Being an interesting ruin We decided it was well worth a visit.We decided We also wanted to trace the stone Flue so We took the more out of the way route. The climb to the Chimney as described below took about 25 minutes. The Chimney stands solidly atop the Hill and what looks like a doorway in the base is actually the entrance for the Flue which at this point has crumbled away. A set of stone steps spiral around the outside to the top, though the former hand rails and a lower section of the steps have been removed, no doubt for safety purposes. Apparently the top section of the Chimney was also removed in the past as it was deemed unsafe.
You can enter the Chimney through the Flue door at it's base and this affords you a great view upwards towards the daylight at the top.
The Flue which snaked down the Hill towards the smelting works is quite hard to locate on the Hill itself as it has mostly disappeared into the undergrowth. The rest is quite visible externally as it forms what appears to be an ivy covered wall running parallel to most of Mine Hill Lane. If you follow this along you will see various points where there were inspection hatches ( most now bricked up or covered with vegetation). We managed to find one that was just about accessible and so crawled in to take some rare photos. The arched roof work looked solid and the ground was strewn with rock and rubble. It is not a place that we would dare to explore further. We agreed that if We could get in then one could assume that more quadrupedal creatures could do the same!
If you wish to visit only the Chimney then take the road from Kilternan to Enniskerry. After the Blue wooden Church on your right take the 2nd turn left. This is Barnaslingan Lane. Take the 2nd turn left on this road and you come across a car park. From here there is a not too steep road through the Forest and then a Hiker's trail to the top.
To take in both the Chimney and it's Flue, take the same route as above but take the 1st turn left onto Ballycorus rd after the Blue wooden Church. The first turn right about a mile down or so will lead you onto Mine Hill Lane. The Flue can be found as a stone wall running up the left hand side of the road. Keep to any left hand forks along the lane and you eventually reach a metal gate. You can park here. Beyond the gate is a track which after about 100 yards forks to the left and to the right. Take the left hand route and a little way down on the right you will notice  Hiker's trail snaking it's way up through the gorse. It's a little precarious so be careful and wear appropriate footwear. Be especially careful near the top where the Hill is exposed at the point of the former opencast mining. Loose rocks and gravel are underfoot. Beyond this is the chimney and some rewarding views.
Posted by Castlehunter at 21:40