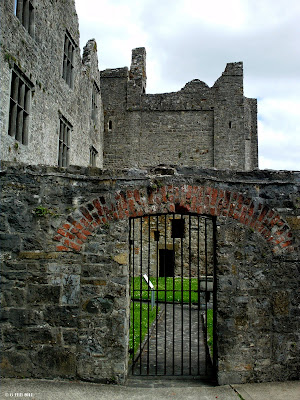 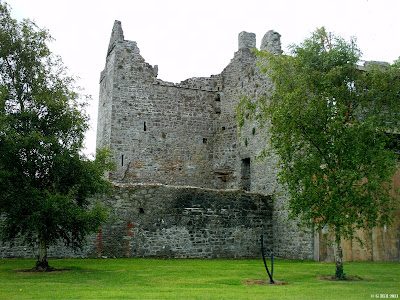 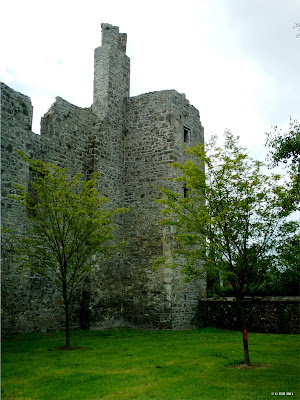 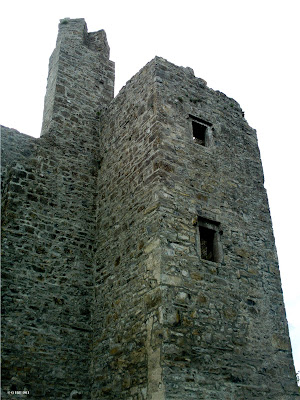 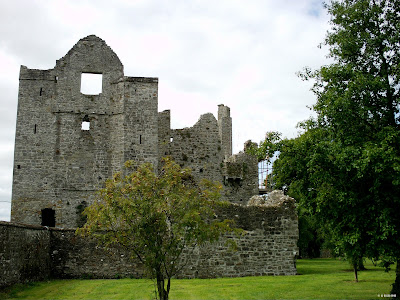 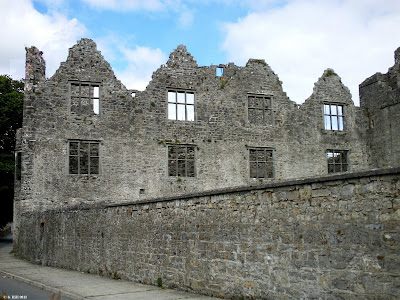 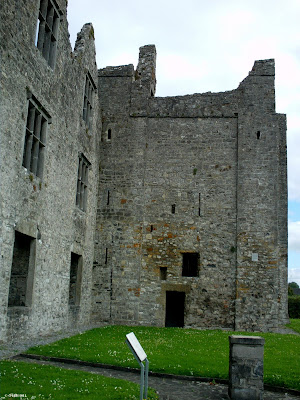 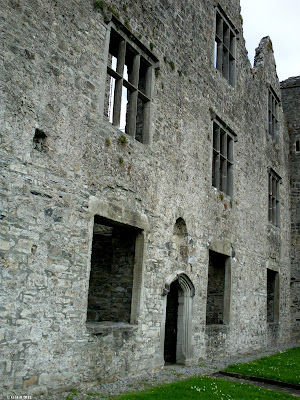 Athlumney Castle was first occupied by the Dowdall family. It originally consisted of a 15th century four story Tower house. Later in the 1630's a large mullion windowed strong house was added. The house was now occupied by the Maguires who in 1649 set fire to the building rather than surrender it to Cromwell's forces who were scouring the area razing all in their path to the ground. The Castle was again set alight around the time of the Battle of the Boyne in 1690 and has remained a ruin since.
Athlumney is a striking edifice which is bordered on it's eastern side by a new housing estate. Indeed one of the selling points for the estate was that you would have a fine view of a huge ruin now under renovation. The western side is bordered by the narrow Convent Rd. The renovation, according to one local, has been going on and off for 40 years and shows no sign of completion. Under normal circumstances a key is available from the nearby Convent School for a nominal fee, but the Castle at the moment remains locked as there is a lot of scaffolding about and health and safety comes first. We spent a good while there as you can walk around the entire perimeter, although it is a shame the gates are not open. Nonetheless it is a worthwhile visit.
Athlumney is situated on the East Bank of the Boyne River and to find it take the M3 from Dublin to Cavan. Exit at junction 7 and follow the signs for Navan. At Navan take a right turn onto Athlumney Rd towards Kentstown This is the R153. Take the first turn right onto Convent Rd which is a narrow road with a one way system., so you will have to exit from it's other end when leaving. You can park near a green area in the Athlumney Castle housing estate just adjacent to the Castle and have a good walk around. Just down from the Castle their is also an ancient Church ruin to visit.(see post here)
Posted by Castlehunter at 13:37