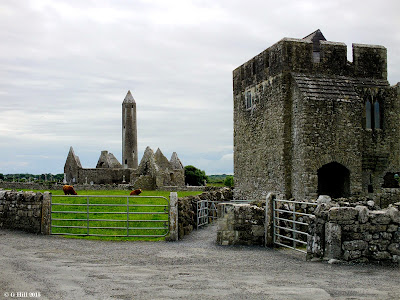 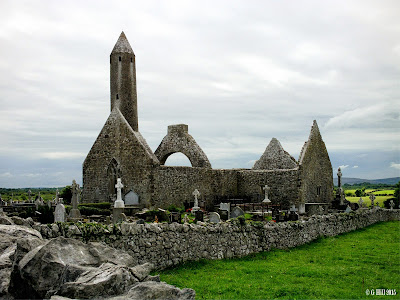 Above Image: The round tower and Cathedral 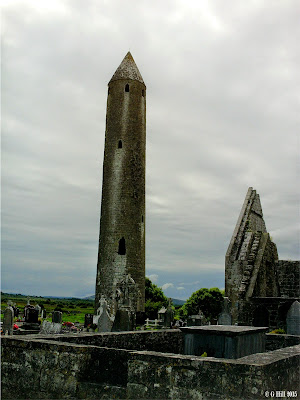 Above Image: Noticeable lean on round tower 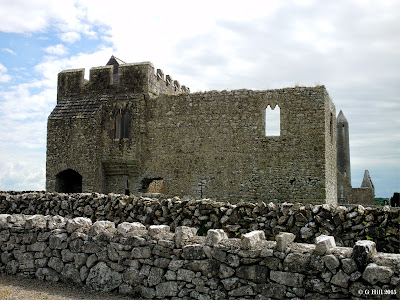 Above Image: The Abbot's Glebe house 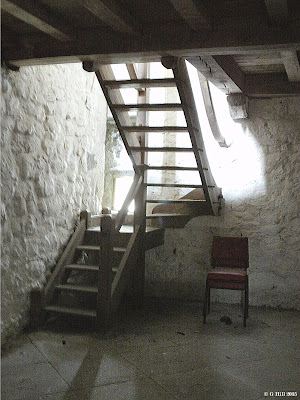 Above Image & 2 Images Below: Interior of the Glebe house 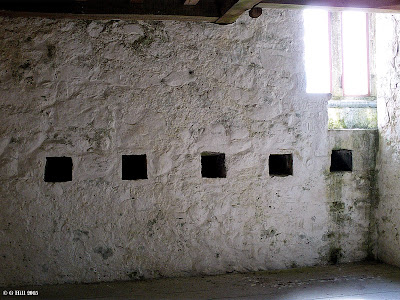 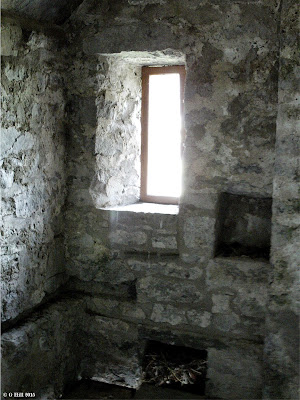 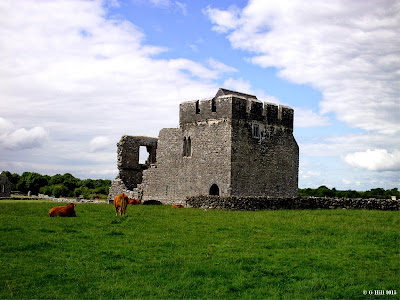 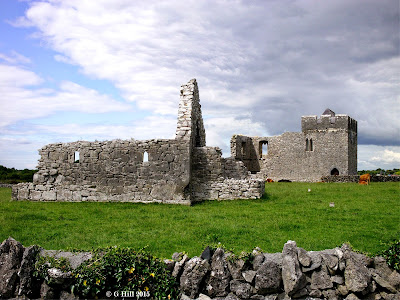 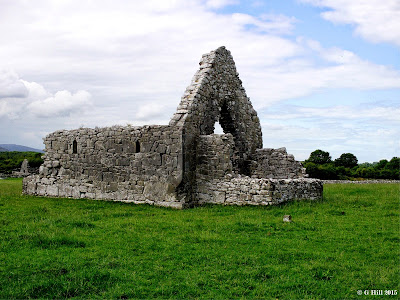 Above Image: Church of John the Baptist 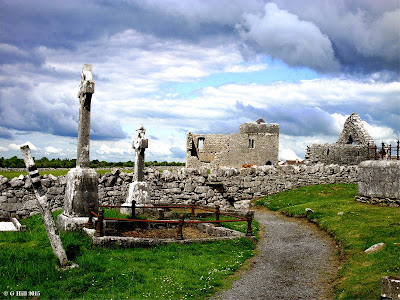 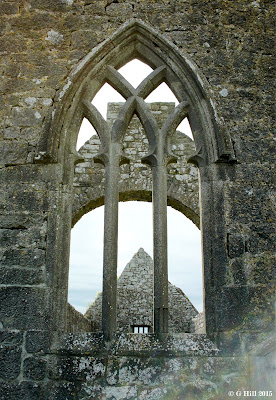 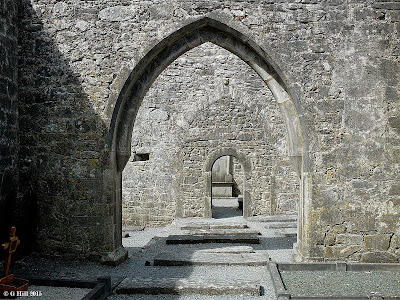 Above Image: Interior of the Cathedral 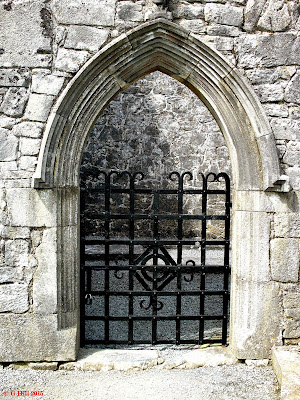 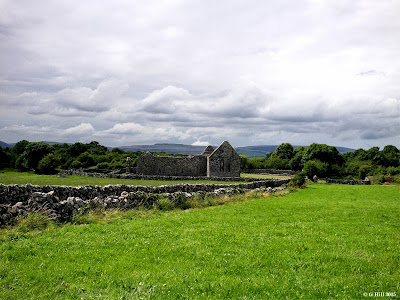 Above & Below Images: approach to the Monastery Church 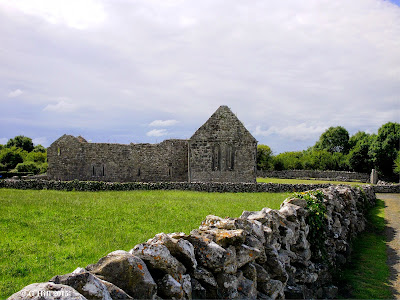 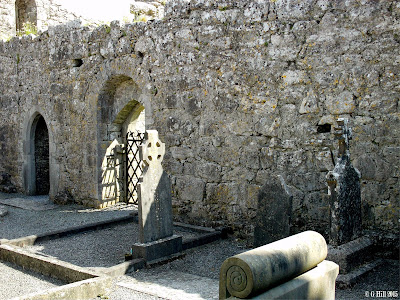 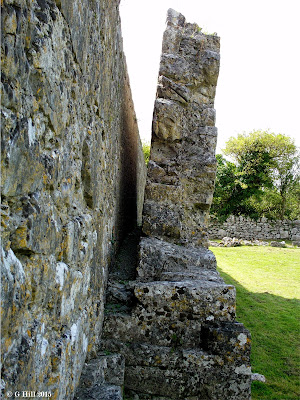 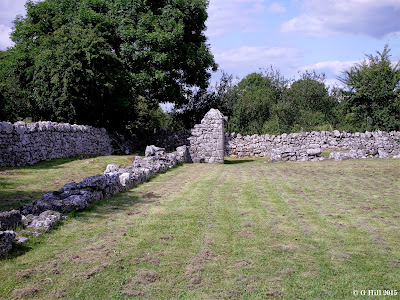 Above & Below Images: Part of the ambulatory 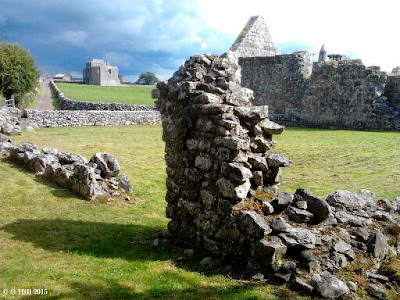 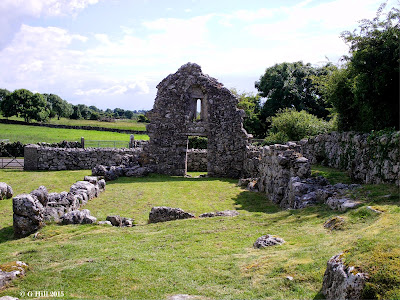 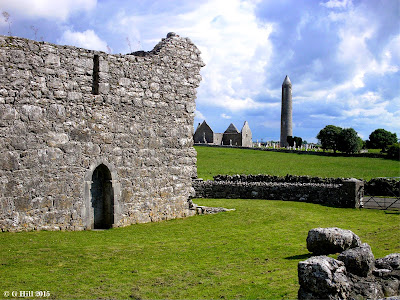 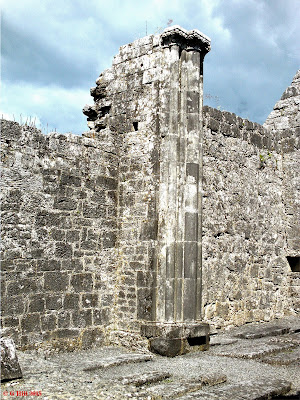 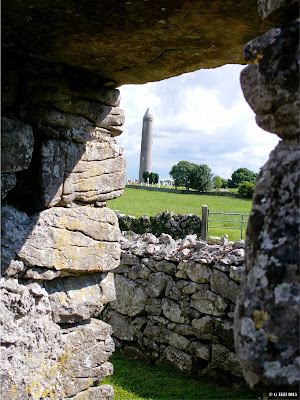 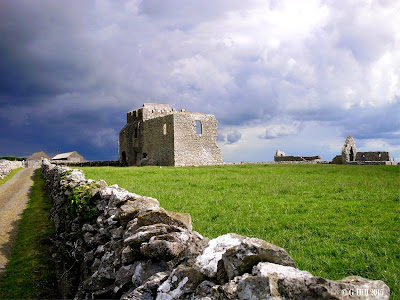 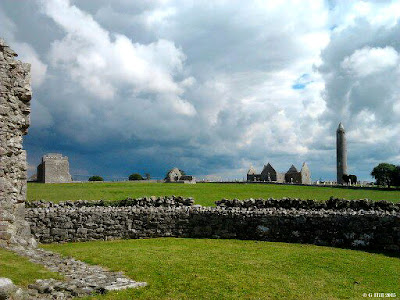 Above Image: View back from the Monastery Church

This is an amazing historical site. In the seventh century a Monastery was founded here by St. Colman MacDuagh hence the origin of the name Kilmacduagh (Church of the son of Duagh). It evolved into a place of importance in the twelfth century when it became a diocese, a seat of a Bishop. The round tower is thought to be from between the tenth to twelfth century while the new monastery was founded for the Augustinians in the thirteenth century. It was ransacked on several occasions and eventually fell foul of the dissolution in the 1500’s.
The rural location of this site really lends to its appeal. It seems to sprawl over a large area. The most notable feature has to be the tower which at 111 feet is the tallest of its kind in Ireland. The entrance door is an incredible 21 feet from the ground which would be a formidable deterrence to would be attackers. Also of note is that the tower actually leans about two feet from the perpendicular. The tower was restored somewhat and documented by Thomas Deane in 1879 funded by the local gentry of Coole Park Estate.
The tower and the Abbey Cathedral ruins are in close proximity in what is now a graveyard. The cathedral dates to the thirteenth century but it is thought that the West end is of much earlier origin possibly the eleventh century. Before this there would have been a wooden constructed Church. Surrounding the graveyard are a number of other ruins including The Church of John The Baptist (parts of again which could be eleventh century), The Church of Mary, the Monastery Church and Teampuil Beg MacDuagh to the South of the graveyard.
The Glebe House or Abbot’s House dating from the thirteenth century stands to all intents and purposes as a fortified tower house and it is accessible for a €5 deposit by way of a key from a nearby B&B. A sign directs you there. Luckily enough on our visit some Canadians staying at the B&B happened by with the key and invited us along. A great deal of restoration has taken place on this particular building and a wooden stairs inside brings you upward to a second floor. Apart from a couple of dead birds on the lower floor There was really not a great deal more to see but still it was nice to get inside.
A pathway adjacent to the Abbot’s house leads you a short distance North East of the round tower to a further set of ruins known as O’Heynes Abbey or the Monastery Church. Here as well as the main building you can see a somewhat stranded gable end of a building with a doorway and nicely carved window above. Also the foundations of the ambulatory are visible and from the west end of these ruins there is a great view back at the round tower and the ancillary ruins.
This site is really worth making time to visit. We spent maybe an hour and a half taking them all in. To find the ruins take Church Street heading South West from the square in Gort. Drive for approx. 5.5KM and you will see a right hand turn signposted for Kilmacduagh. You will easily spot the round tower so just drive towards it. A car park is provided at the site