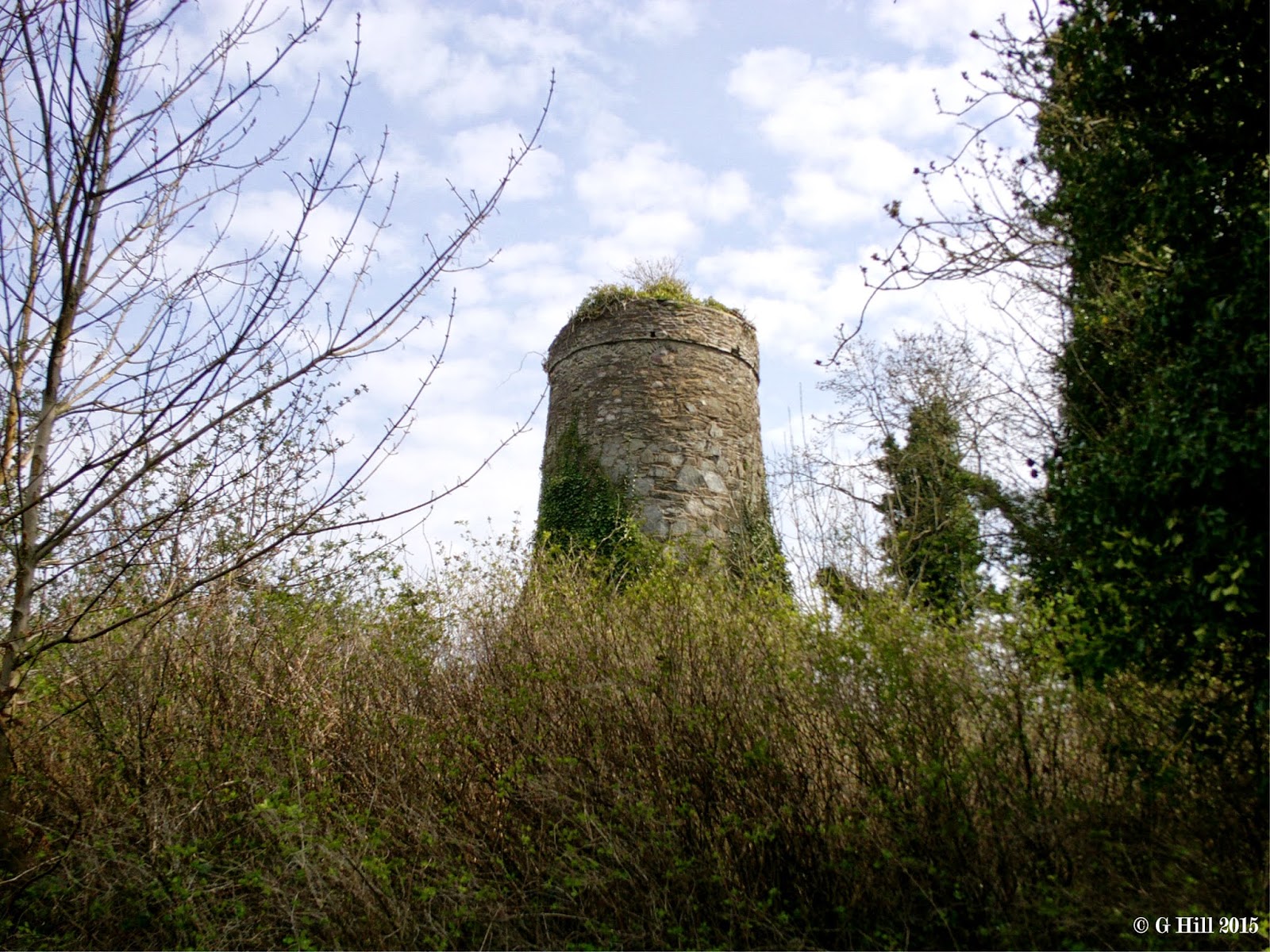 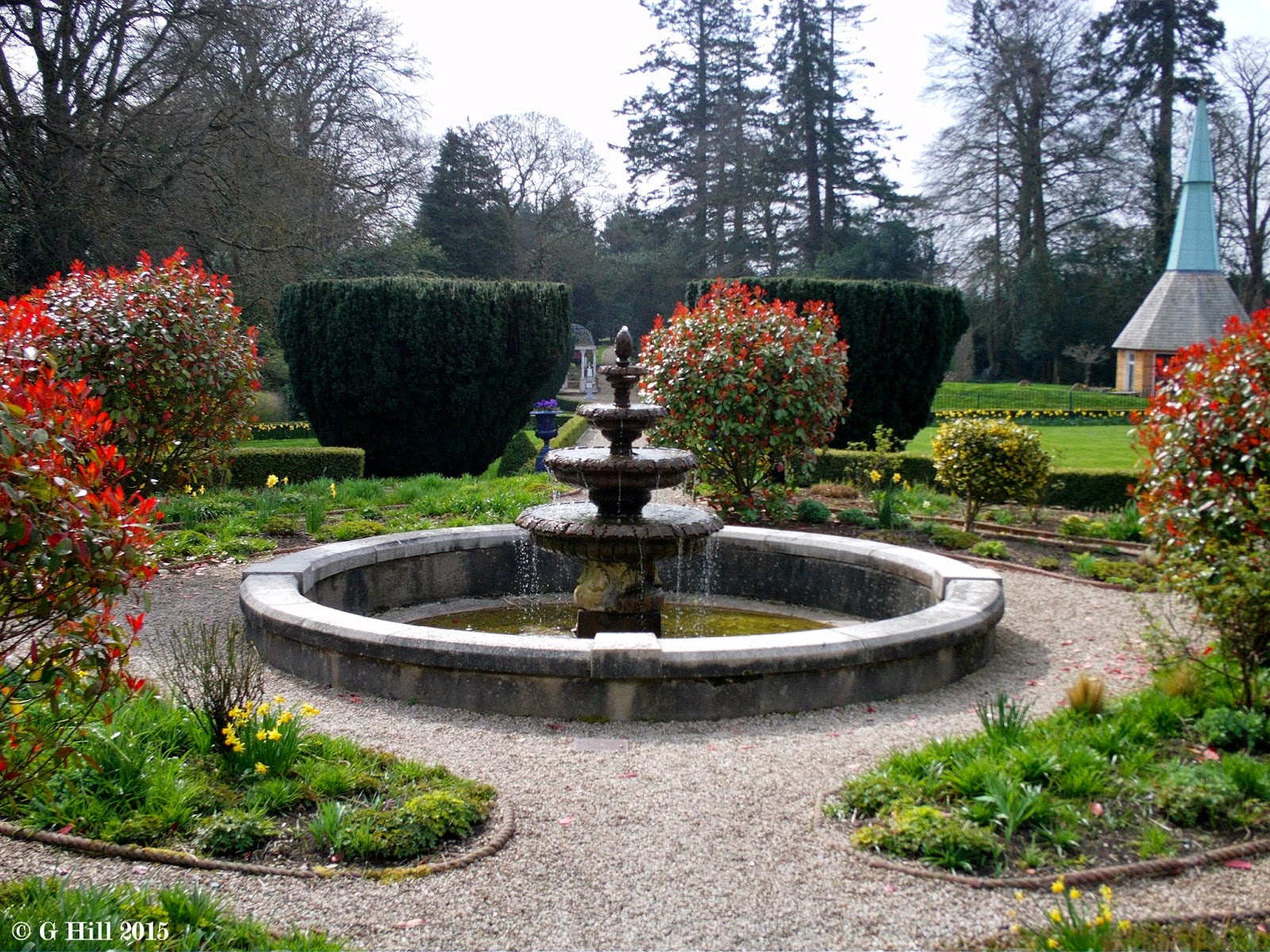 Above Image: The ornamental gardens 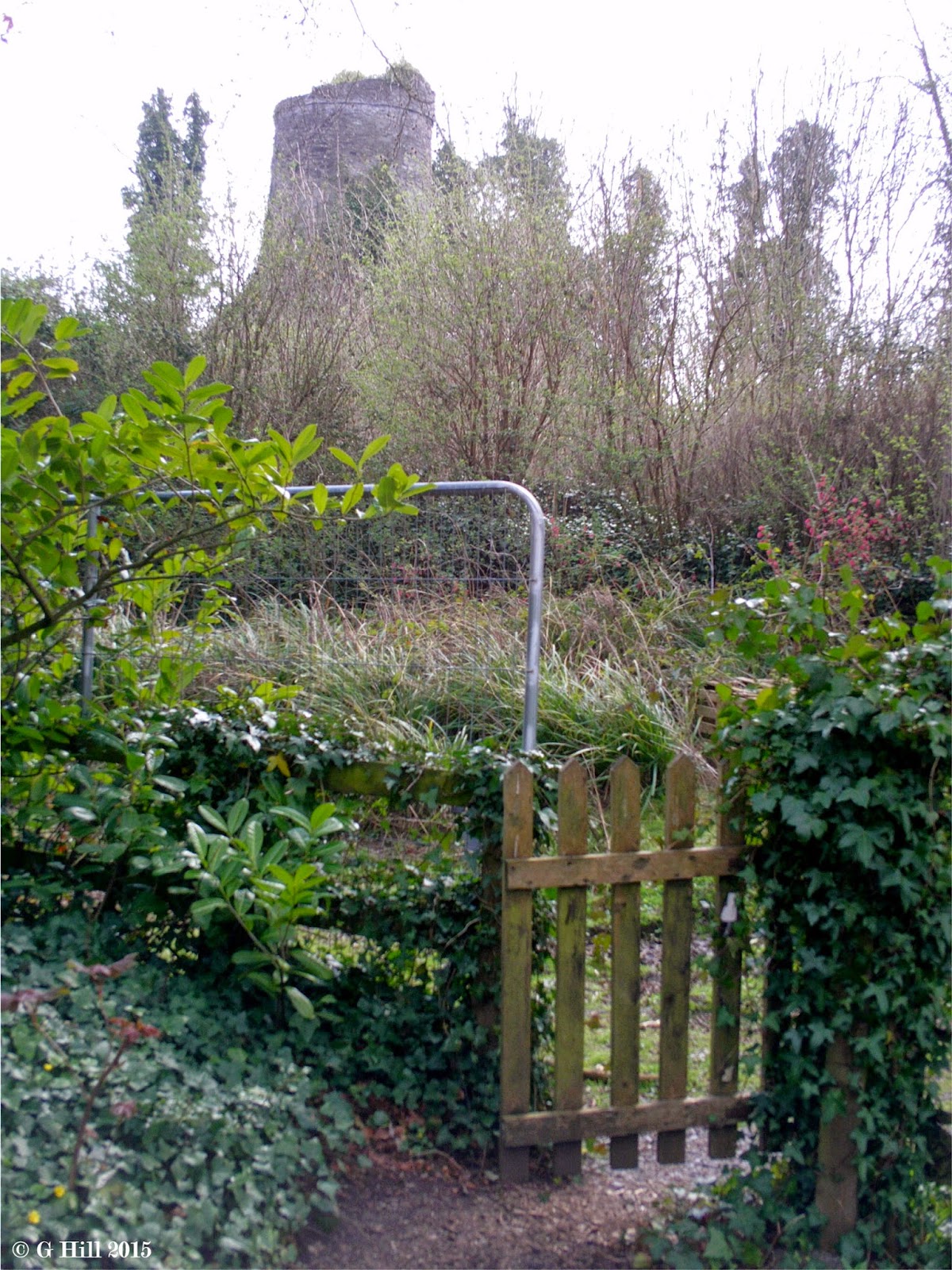 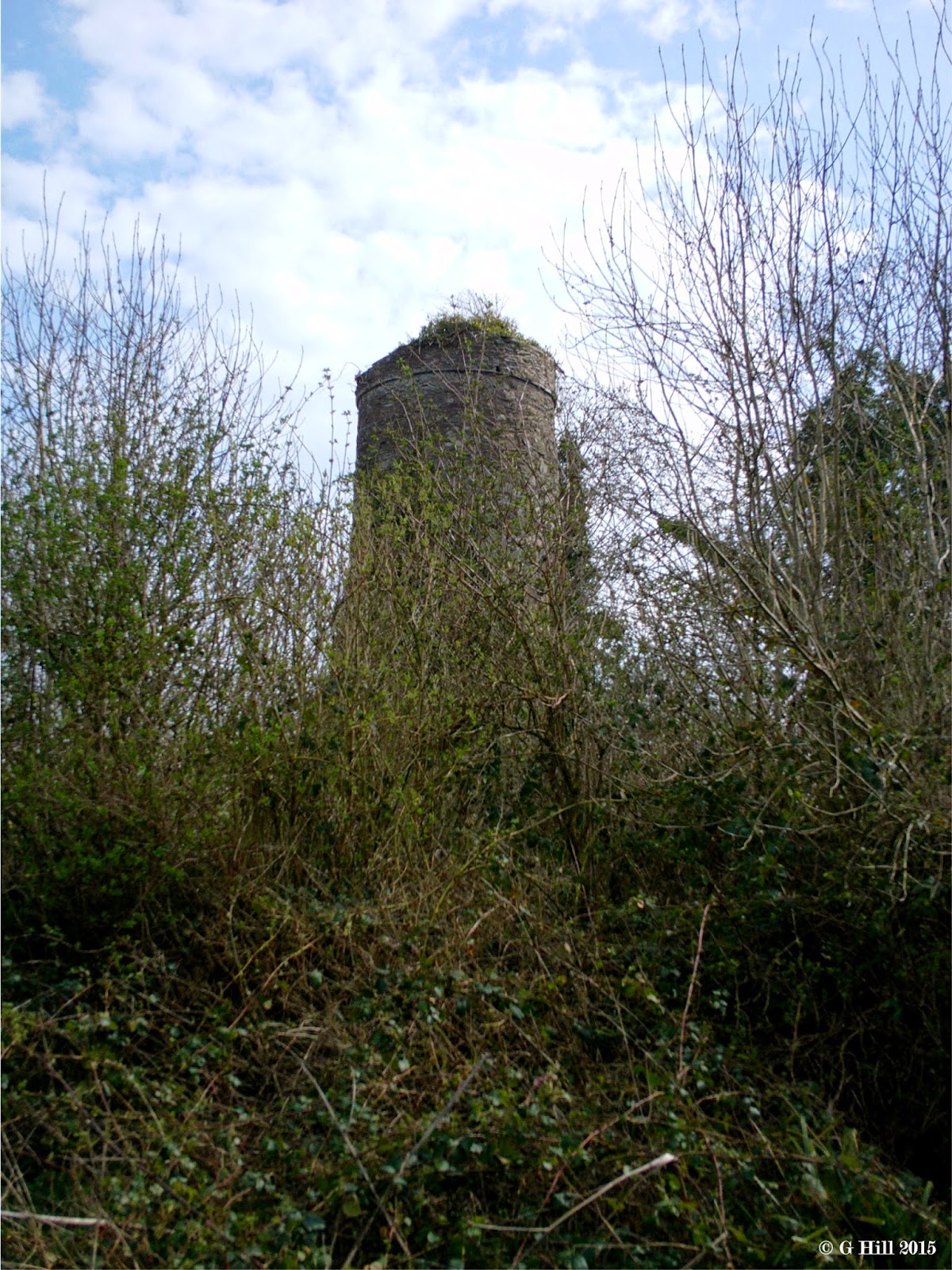 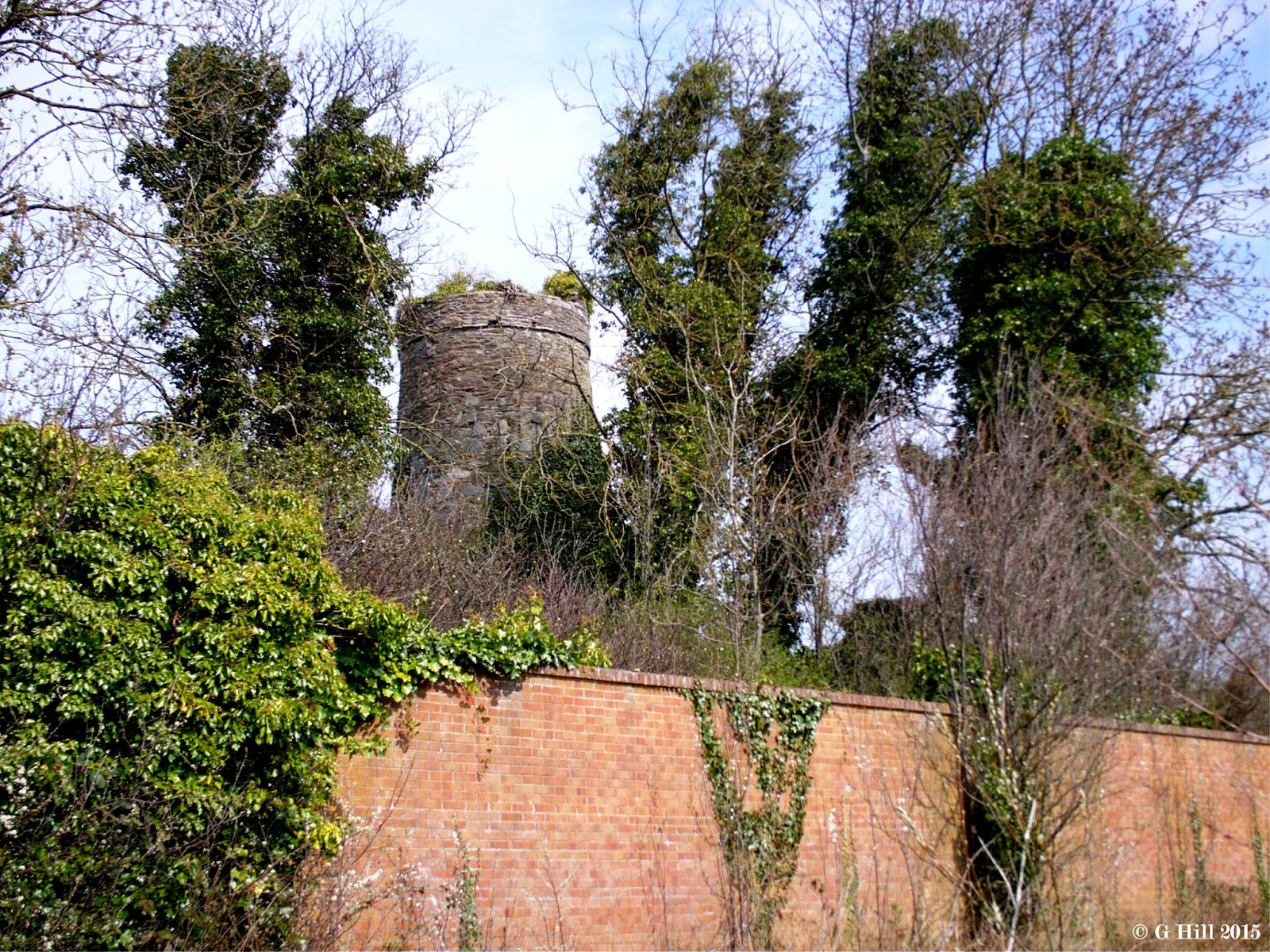 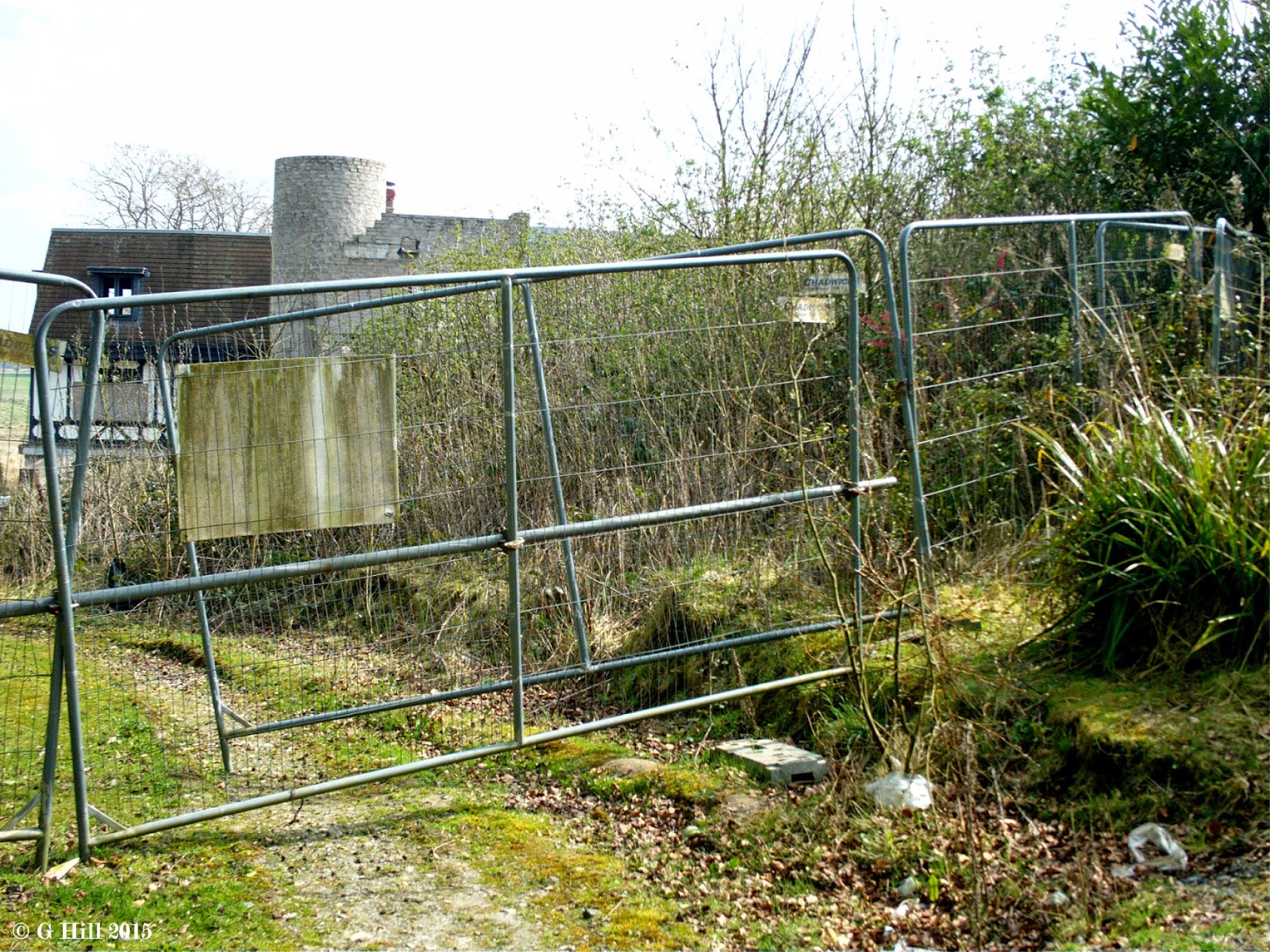 Above Image: Only access on right hand side of this fence 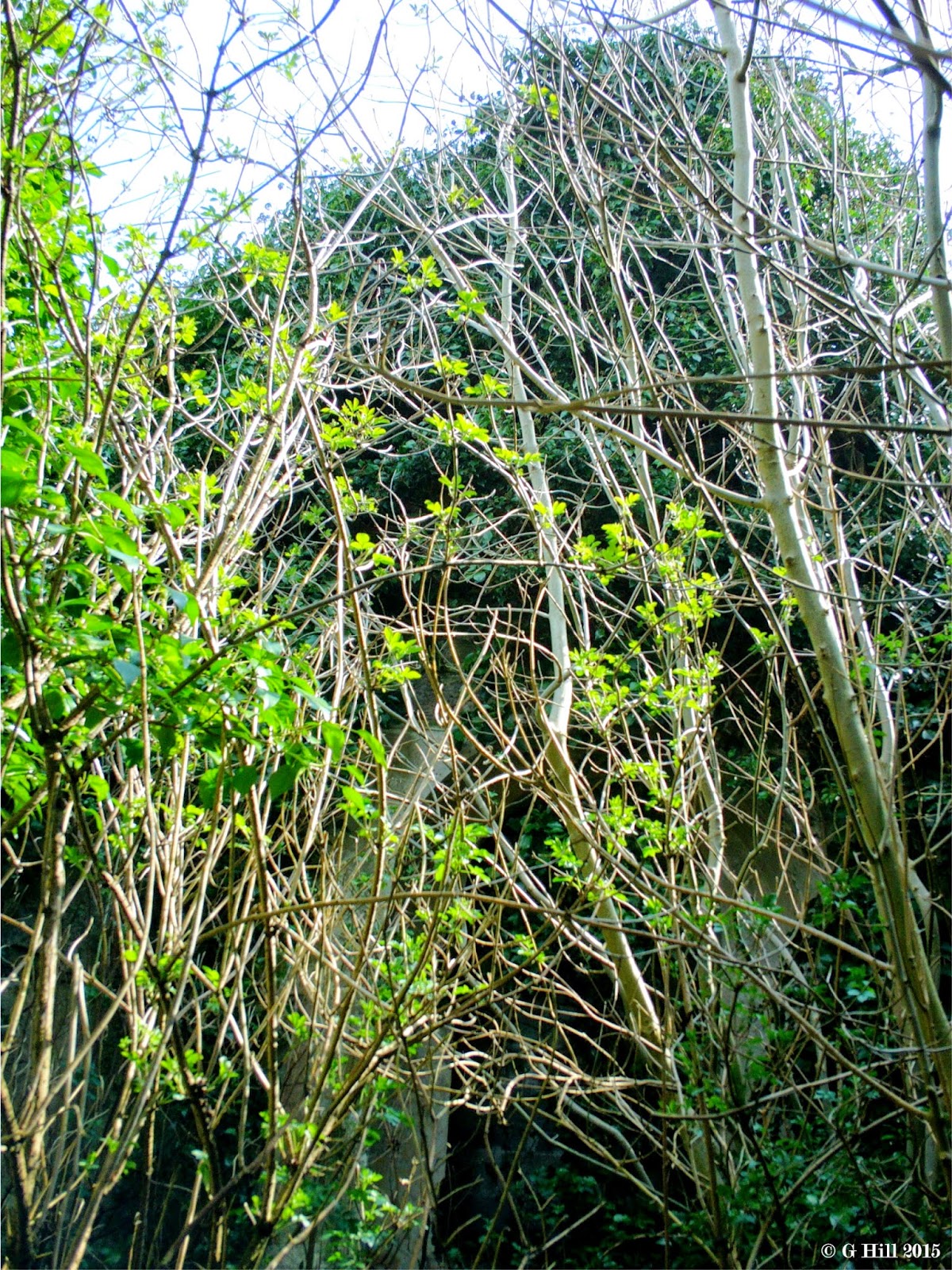 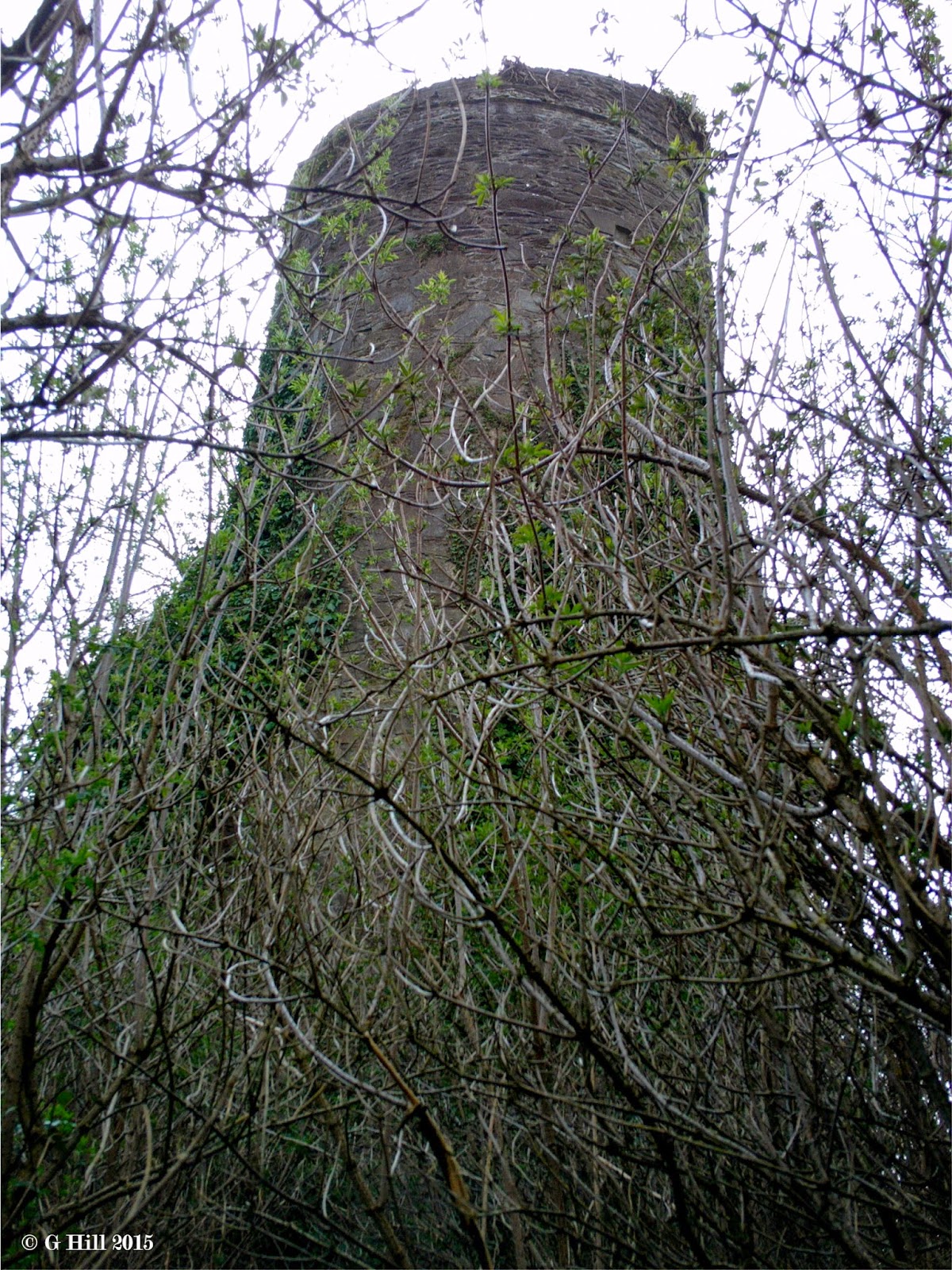 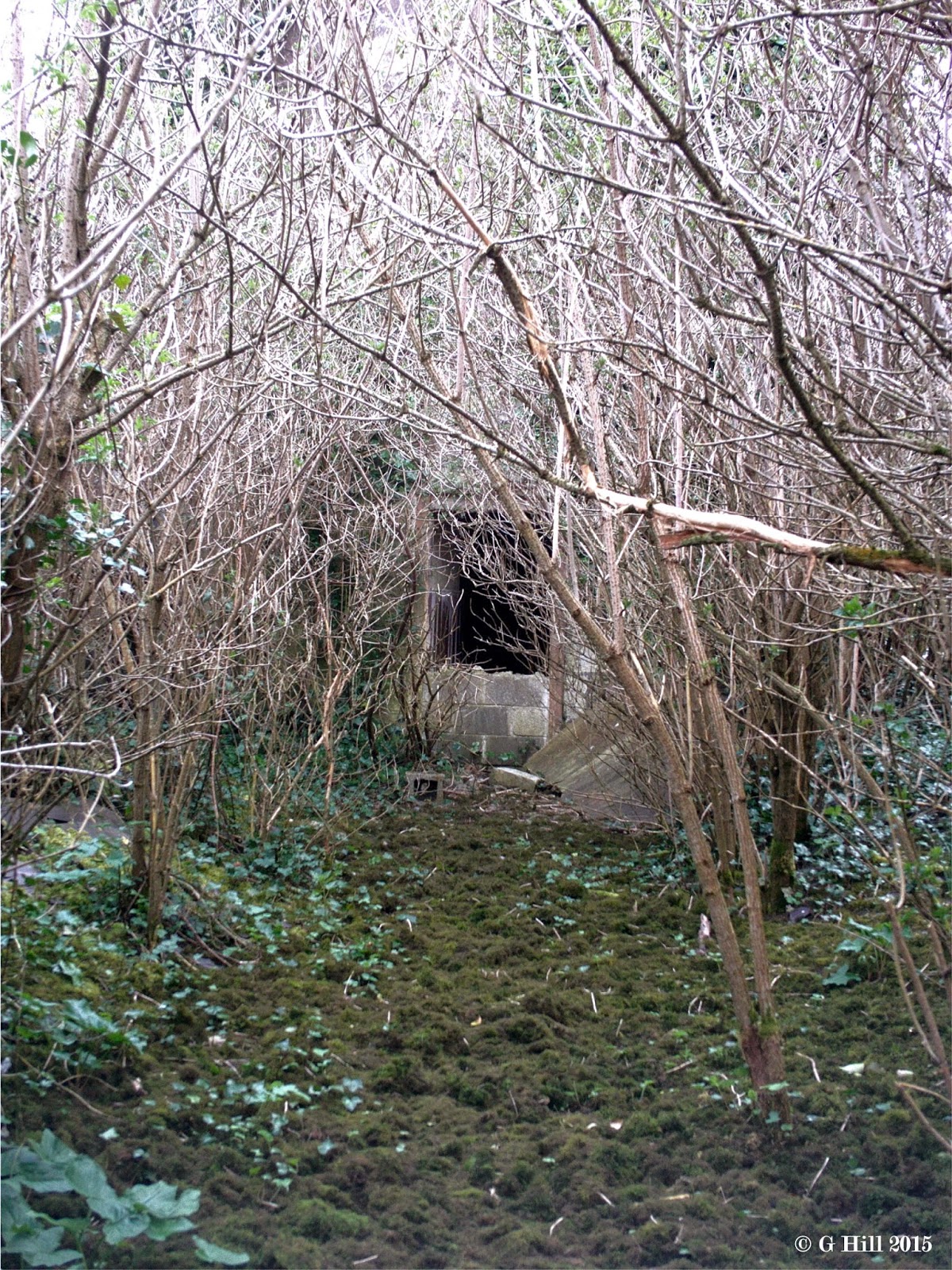 Above Image: Opening in base of tower 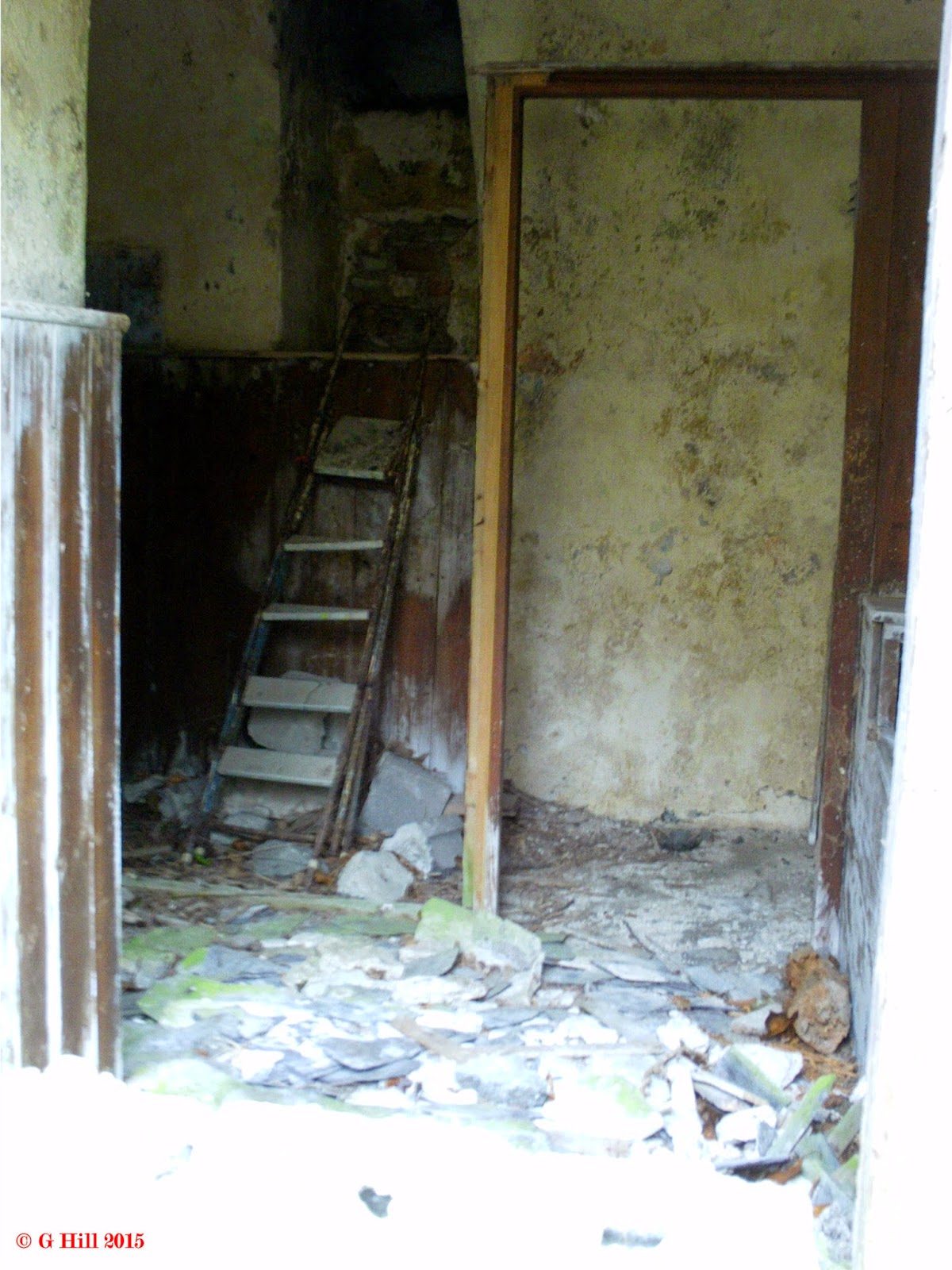 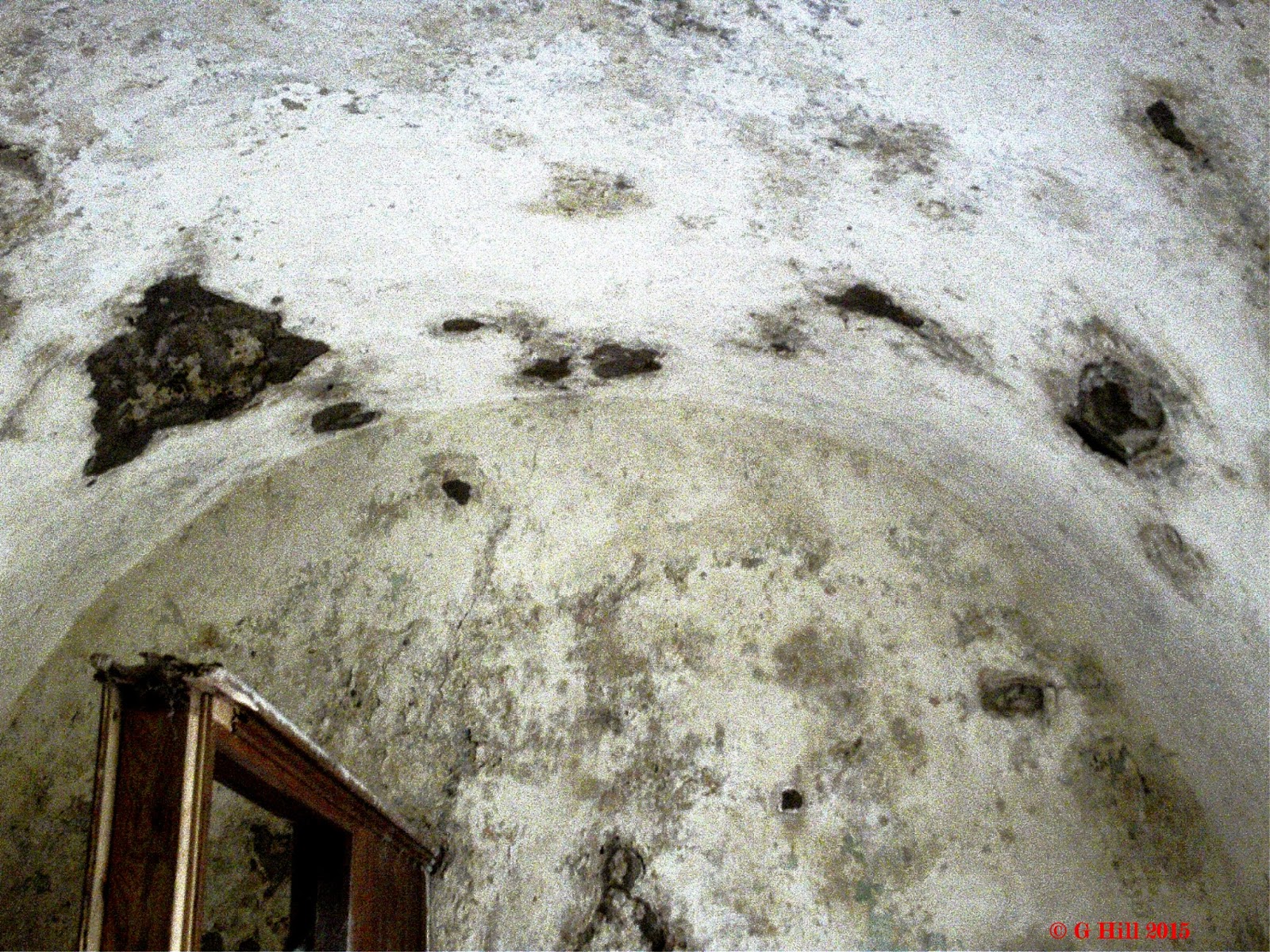 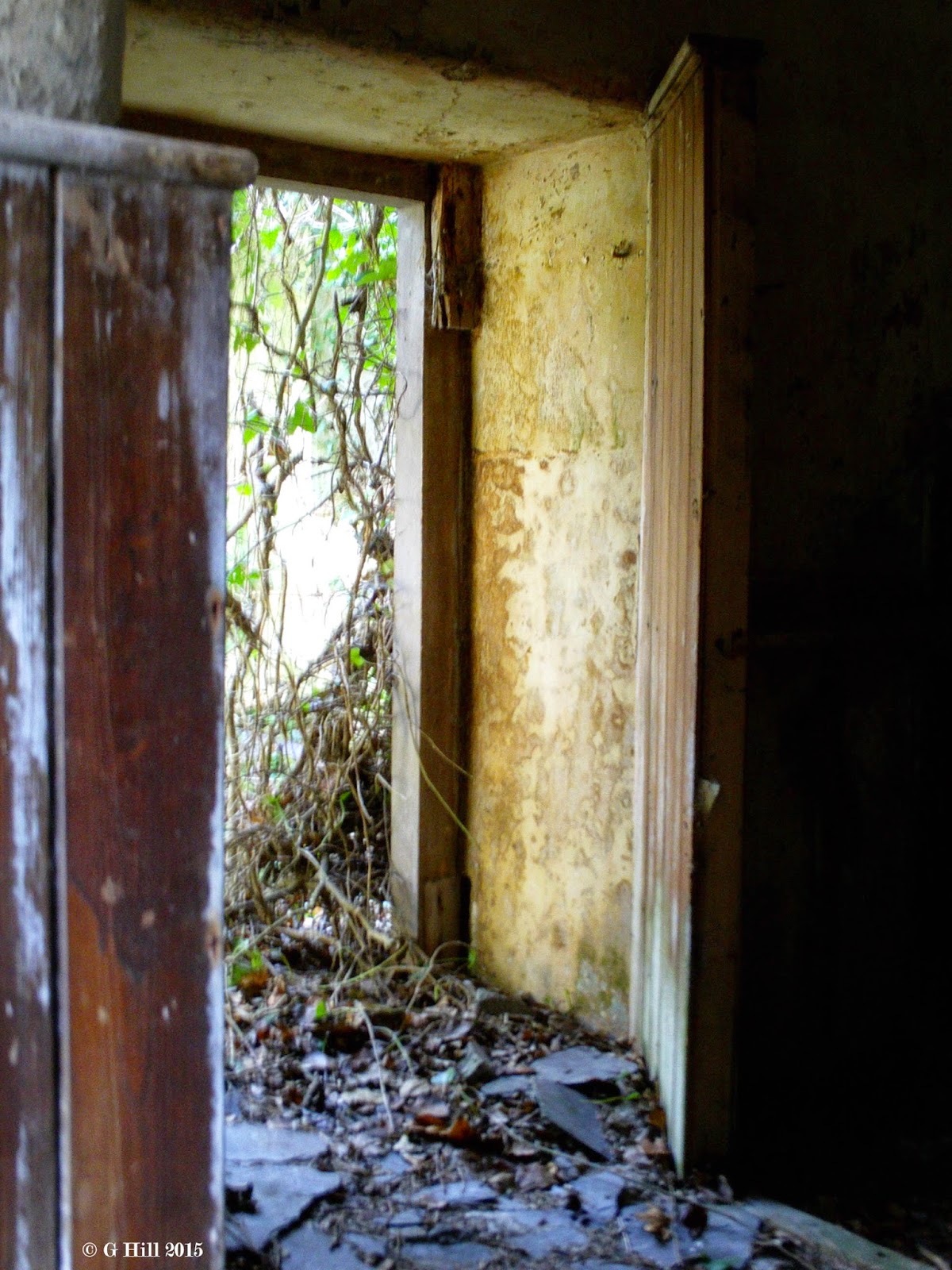 Above Image: doorway to Nave 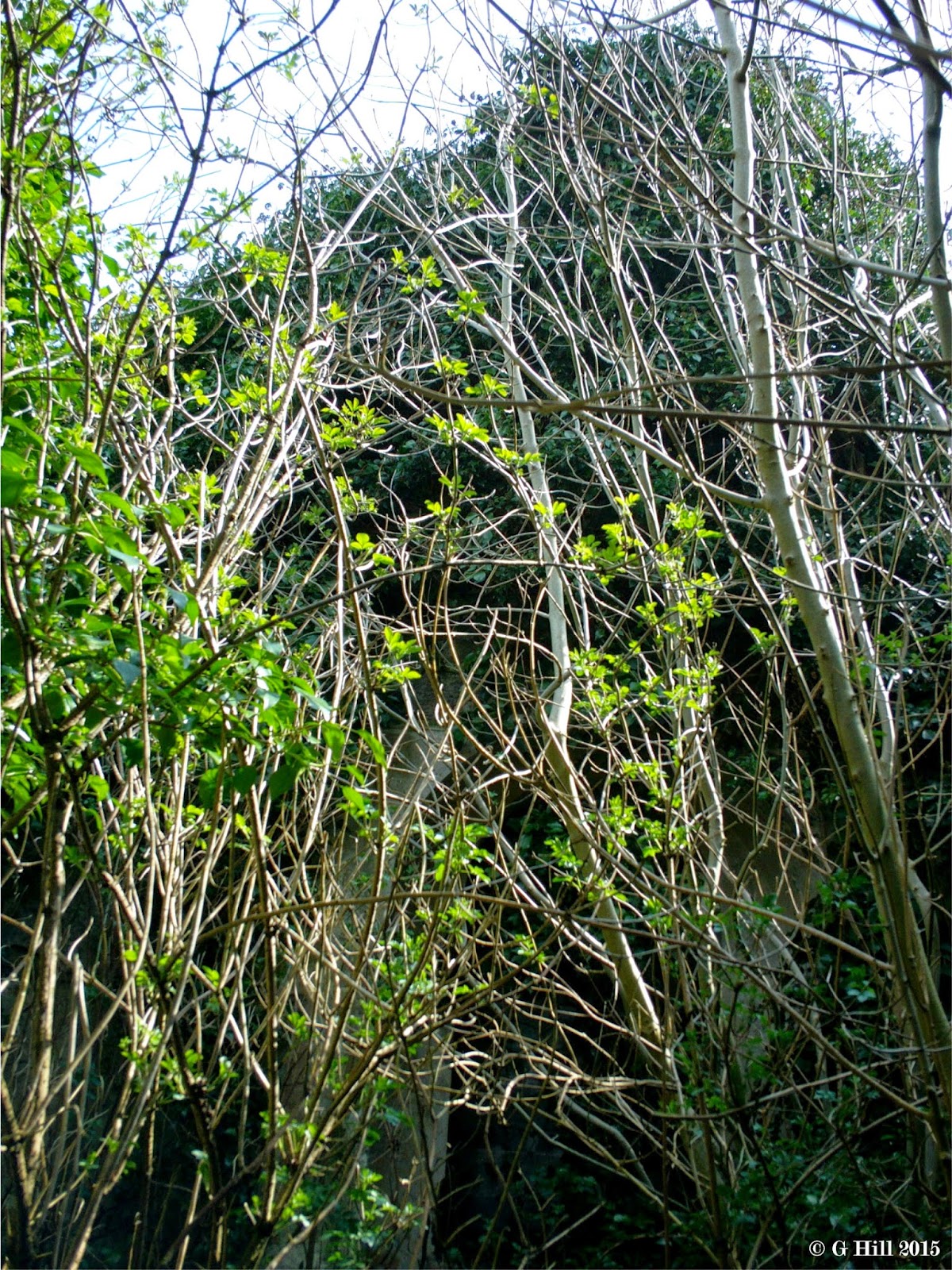 Above Image: Believe it or not the East Gable! 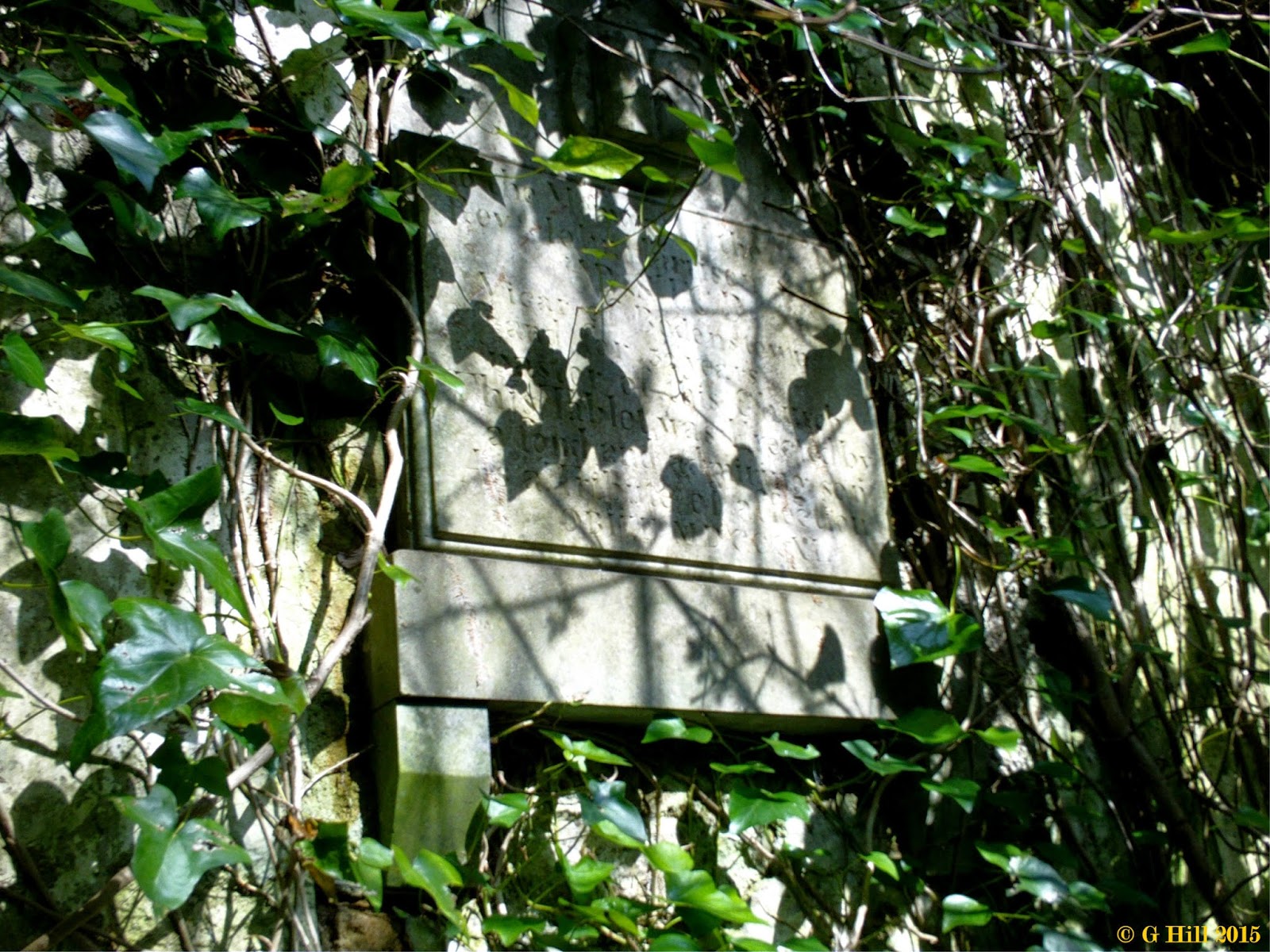 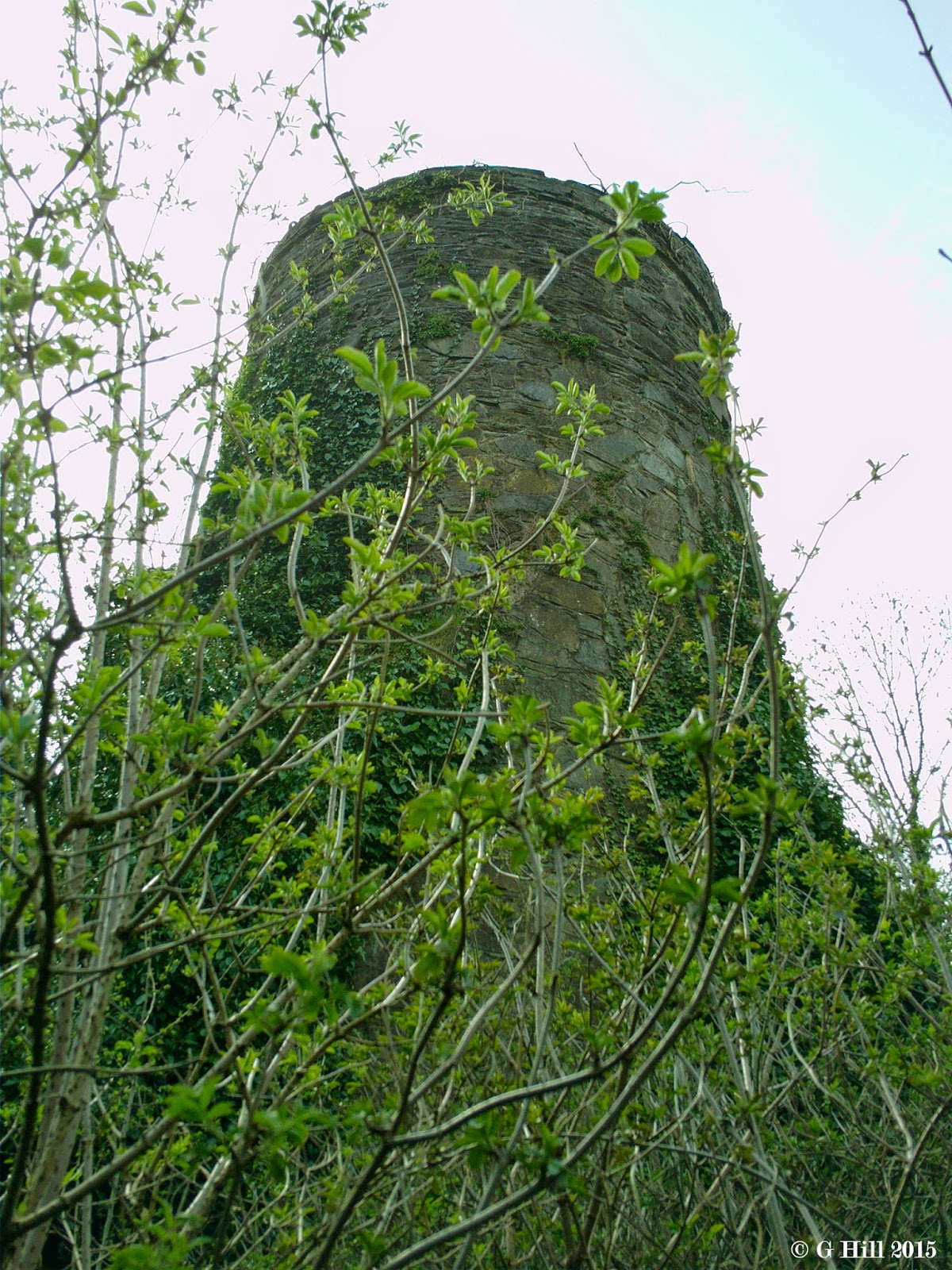 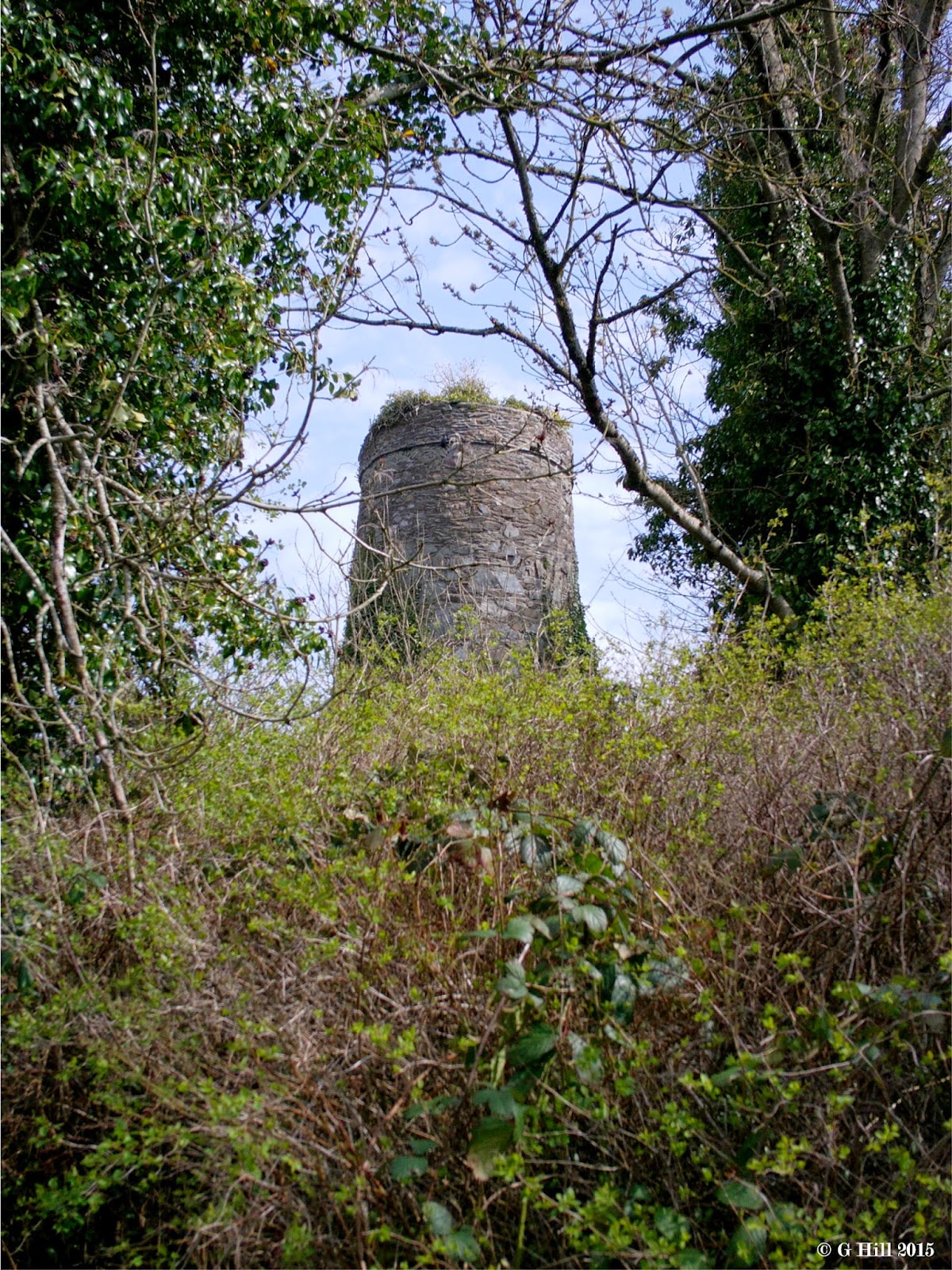 St Auxilius founded a monastery here in the 5th century giving name to its site Killashee ( Kill-Auxilius or Church of Auxilius). The present ruins here are comprised of an 18th century church of some 30 feet in length with a much older 3 storey tower attached to its West end. The 18th century building replaced a much earlier church giving rise to the speculation that the tower might also date to that time.
I first sought out this ruin when a long laneway led to it from the main road (R448) into Naas. On that occasion I found my advance impeded by a closed gate and a no trespassing sign as dangerous excavations were in place. A local told me that the Church was now only accessed through the grounds of the Killashee House Hotel. I decided to investigate further and return at a later time. That proved to be a year later when I came across an online diagram promoting the hotel and the heritage sites on its grounds and sure enough the Church was marked with nicely lain pathways leading to it from the very nicely decorated gardens to the rear of the hotel. Unfortunately this did not entirely turn out to be the case. I followed the pathway down through the gardens and eventually reached the Nuns graveyard which was also marked on the diagram. Sunken caves were also pictured and these may have been the dangerous excavations mentioned earlier. Any advance in their direction was fenced off. I could see from the Nuns graveyard the tower of the Church jutting above some trees and followed through a small wooden gate. Unfortunately I found that the ruins were surrounded by a high bank of bushes and trees with no visible access. Not wanting to give up too easily I eventually found a small track down beside a fenced off new development that led in the direction of the ruins. Indiana Jones would have shook his head with dismay at the amount of overgrowth and insidious creepers snaking around each other in a web of thorns that stood in my way. A machete would certainly have been helpful. But somehow I foolhardily found my way through it. The whole area around the ruins has been let run rampant with bushes making it difficult to see the actual shape of the Church. Gravestones are covered in the same moss that carpeted the ground underfoot. Eventually at the base of the interesting looking tower I found a small opening not unlike a window and stepped inside to have a look.
Within was a vaulted chamber not very big with signs that some clean-up work had been initiated. The ceilings and walls had been whitewashed and a ladder stood in the corner. There was a lot of rubble about though and it looks like any progress has been abandoned.  An open wooden door leads into the ruins of the Church which like the situation outside is overgrown badly to the point that it was hard to discern the East gable among the tangles. A stone plaque adorned the wall but it was difficult to get close to as the overgrowth impedes any movement toward it. I certainly hope that the hotel will restart a restoration sometime soon as this unusual ruin is slowly but surely being swallowed by nature.


To find the ruins take the Junction 9 exit of the N7 and follow the signs for the R445 to Naas. Drive straight through Naas and just outside the town you will reach a roundabout. Go straight through the roundabout and approx. 1.5KM ahead you will reach the Killashee House Hotel on your left. Head up the driveway towards the Hotel and park in the car park in front of the Hotel. To reach the gardens face the hotel and go around the left hand side of the building to the rear. Follow the pathway past the ornamental fountain and you will arrive at a fork in the path. Turn left for the woodland walks and then immediately right and follow this track until you see a small wooden gate just off the track to the right. You will see the tower above the trees. Once through the gate the only near access to the ruins is to turn left and walk a few yards down towards the development of a new building. As mentioned a thorny access track is just above a low embankment on your right.
Posted by Castlehunter at 12:38