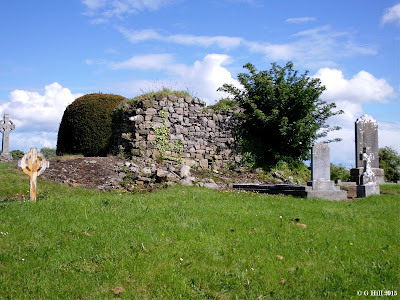 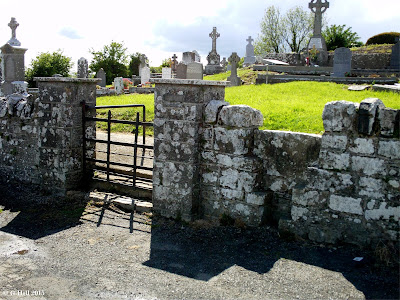 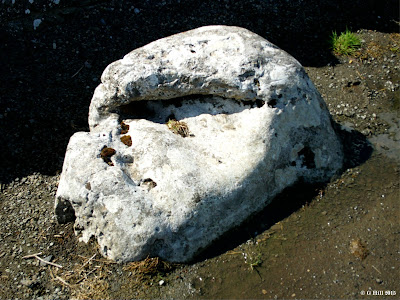 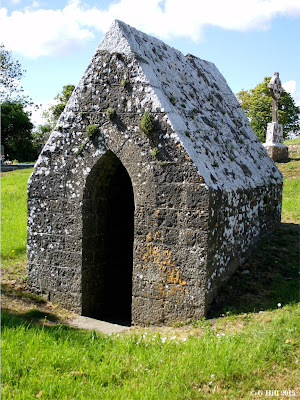 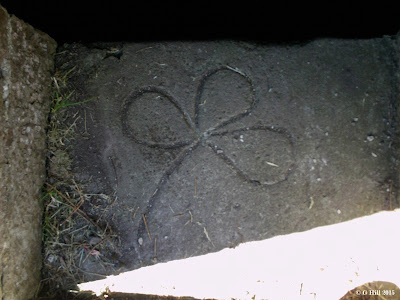 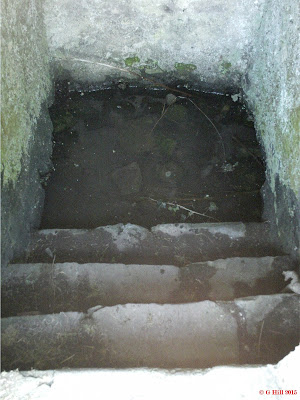 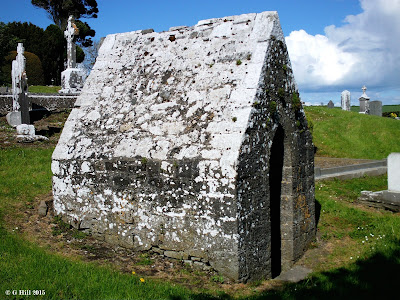 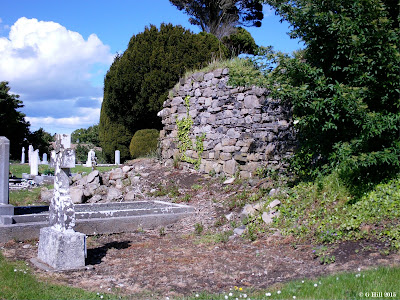 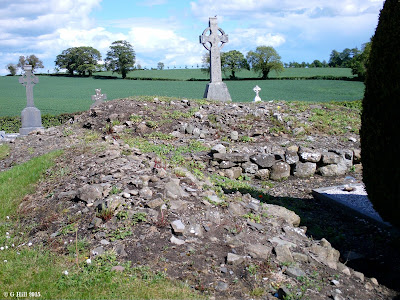 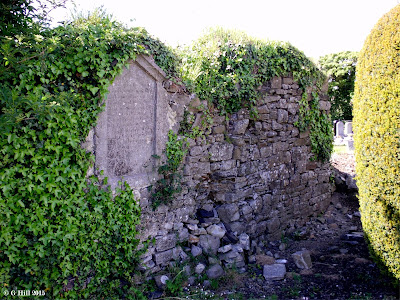 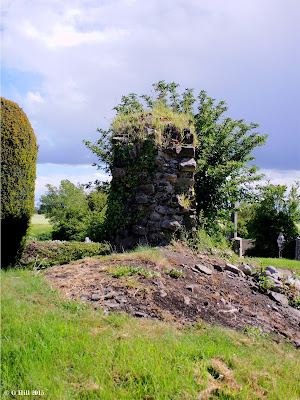 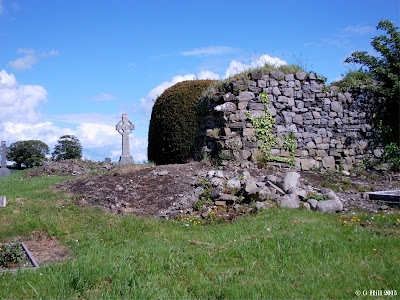 This small ruin is located in a cemetery that is still in use that lies on a  by-road between Garristown and Oldtown in a particularly nice area of countryside in North Co Dublin.
The partial remains of a medieval Church consists of some of the foundations of the nave and partial remains of the West gable. Judging by the shape of the remaining foundations it would not have been a particularly large building to begin with. The remains are located on a grassy mound at the centre of the graveyard. Not much is known of the Church history but it fits the brief of many of the small parish churches constructed during that period. It is now unfortunately slowly crumbling away as the amount of stone rubble in its vicinity would attest. Our visit was not in vain though as the site also contains a couple of other interesting items.
The first is located outside the boundary wall at the entrance gate and is in the form of a large boulder. This is locally known as “The Holy Stone“. On one side a large hole passes right through it which in itself is unusual and legend has it that if you lie on your back adjacent to it and put your arm straight through the aperture it will cure any backache! Try it and see.
The second is a holy well which Inside the graveyard on the Southern perimeter path. This is reputedly dedicated to St Michael but there is some doubt to this. The well is housed beneath a stone structure which reminds me in its shape of St Kevin’s kitchen in Glendalough though without the little tower. There is an un-gated entrance and a set of steps down to the well. The top step has a carving of a shamrock upon it. On either side of the inner walls are two small alcoves containing cups if you wish to partake in the water, even though this is a holy well I’m not sure if this would be entirely healthy!  For a time the well waters had dried up but apparently this is no longer the case as there was a good deal of water visible when we visited and when disturbed air bubbles gurgled upwards indicating a conduit of some sort beneath the rocky floor.
So there you have it a mixed bag then but in a very bucolic setting and an interesting visit was had all the same.  To find the ruins take the M2 Heading North until you reach a roundabout with the N2 and R135. Take the left turn onto the N2 and drive for approx. 4km until you see a right hand turn for the L5007. Turn right onto this road and drive until you reach Garristown. As you approach the village go straight through the crossroads at the cemetery down a narrow road called chapel lane and you will reach a T-junction. Turn left and follow this road for approx. 4.5km until you reach another T-junction. Turn right following the signposted R122 towards Oldtown. About 400m later you will see a small lane way veering off the R122 to the right. Take this lane way and approx. 350m on you will reach the Grallagh cemetery which will be on your right.. You can park safely at the boundary wall.
Posted by Castlehunter at 13:23