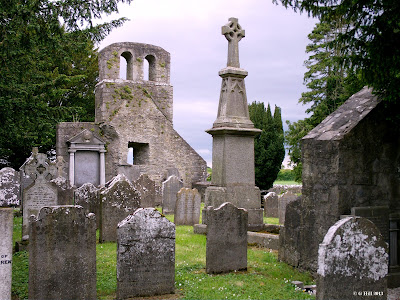 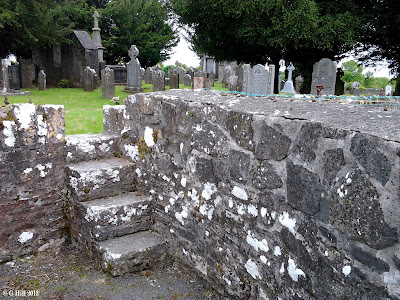 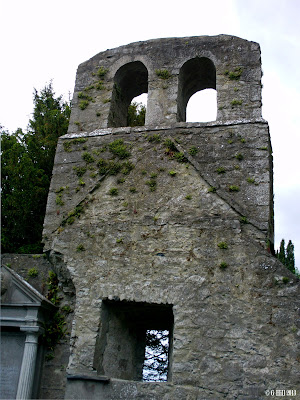 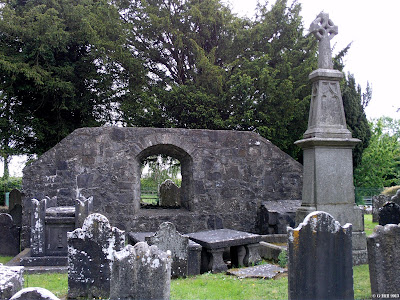 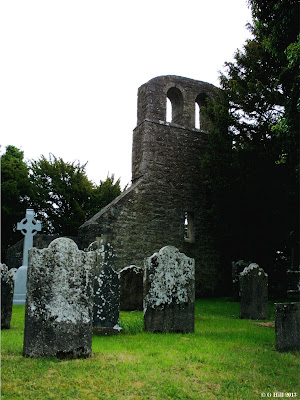 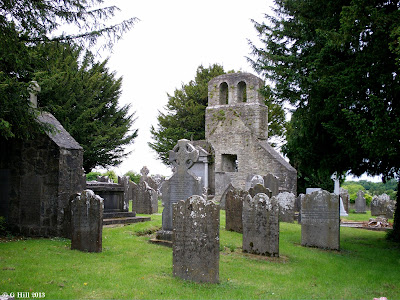 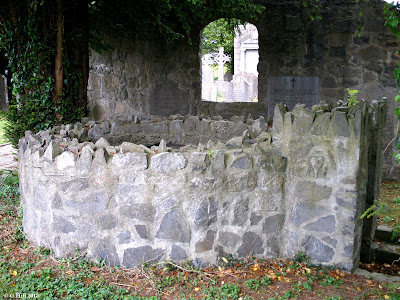 Above Image: Exterior of the holy well. 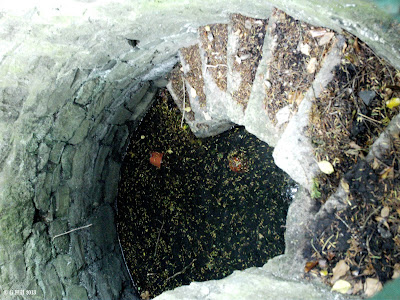 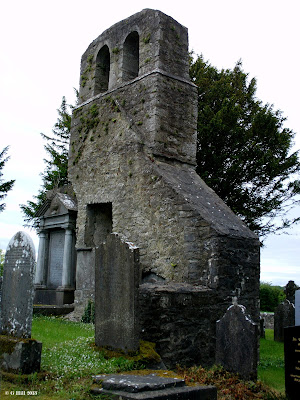 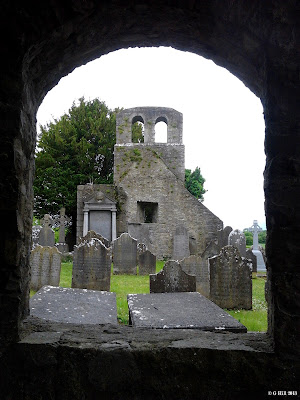 Above Image: The Tower viewed through the East
gable window.

Situated at the end of a narrow country lane lie the ruins of old Ladychapel. This late medieval Church is surrounded by a walled graveyard and went under some restoration by FAS in 1989. What remains are the East and West gables and a small portion of the North wall. The once upon a time innards of the Church have been crammed with graves and tombs over the years giving it a somewhat cluttered feel.
This site is well maintained and is accessed by a stone stile with some solid steps in the boundary wall. The West gable still shows some evidence of the long missing roof and has an extension to house a double belfry. This part of the Church stands proudly solid. The East gable has a large window opening which probably shone light down on the altar beneath and also looks out upon the holy well that is on site. This very ancient well has a proper circular wall constructed from the ground level up and within a set of stone spiral steps lead down to the water. It appears that the water level may be higher than normal as it looks as if the steps descend further. The whole well has been gated and grilled for safety but I'm sure there must be a key holder locally.
Ladychapel was considered to be a Chapel of reflection and was never actually utilised as a parish Church. its proximity to the well would lend evidence to it being more of a place of retreat. Following the reformation along with so many Abbeys and churches it too fell into disuse and eventually ruin by the end of the 16th century.
The ruins are set in pastoral land and is very quiet with only a few houses nearby. It is easy to access but apart from the gables there is little more of the Church left. Nonetheless it is aesthetically pleasing and worth a visit.
To find the ruins, take the  Dublin to Galway motorway and exit at junction 7 onto the R406 heading South. At the first crossroads with the L5037 turn right. You will pass Taghadoe Tower & Church (See earlier post). Drive for approx. 2.5KM and at the next staggered crossroads with the R408 continue straight on  onto the L1010 signposted for Donadea. About 800m down this road there is a left hand turn onto a narrow lane. Drive to the bottom of the lane and you will see the Church on your right. Parking for 2 - 3 cars is possible.