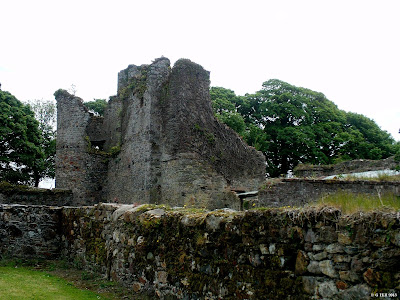 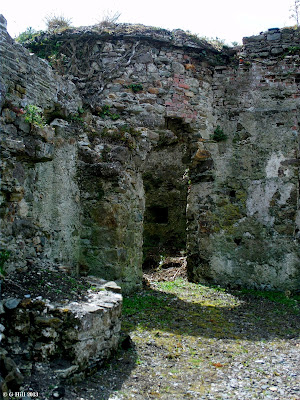 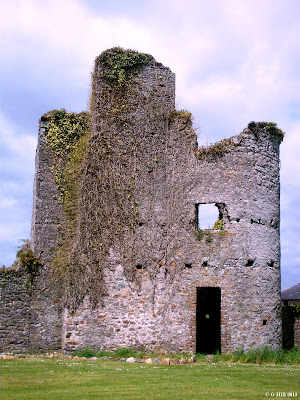 Above Image: The accessible tower 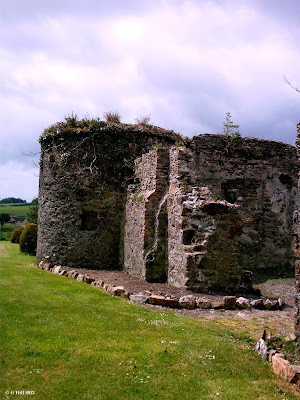 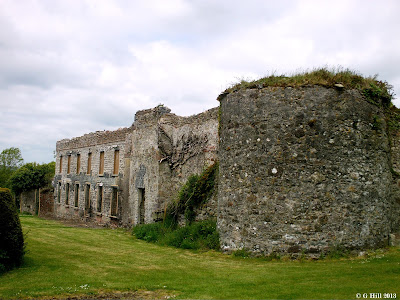 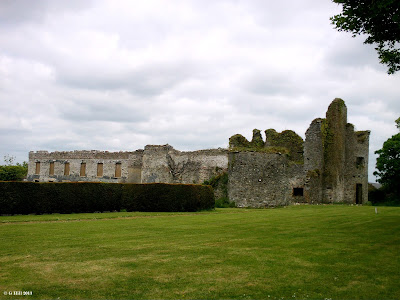 Above Image: The old and the new. 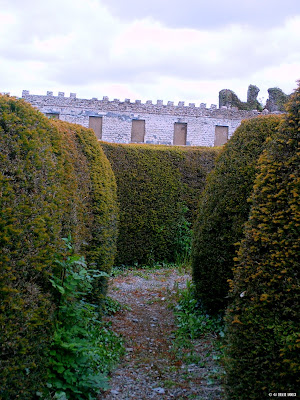 Above image: Inside the maze 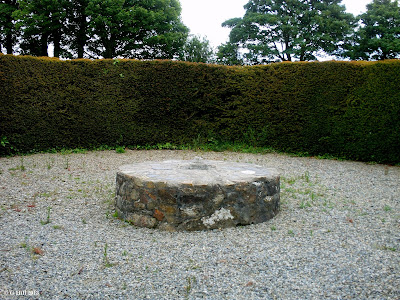 Above Image: Centre of the maze. 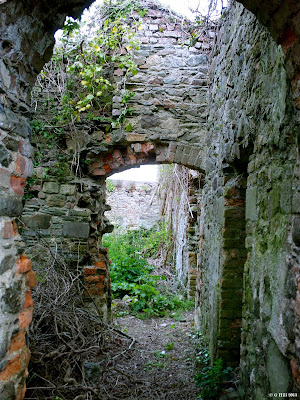 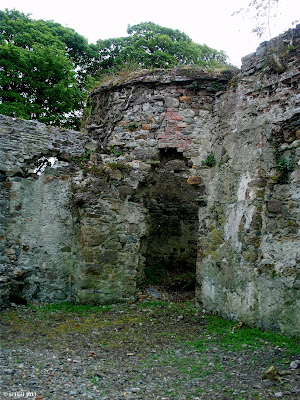 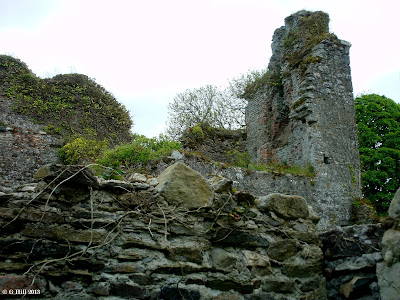 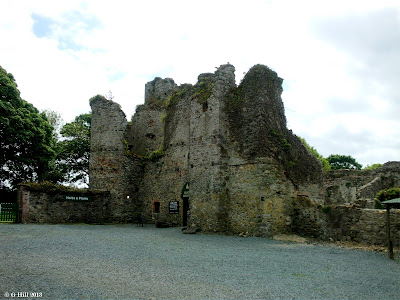 Above Image: Entrance to Craft shop

Dunbrody Castle is a bit of a mystery and a bit of a mix match. It is known that the landowners of the nearby Dunbrody Abbey, the Etchinghams, took to building a fortified house in the years prior to the 1641 rebellion. The house however was never completed but it did incorporate parts of a much earlier Castle that could date back as far as the 1300's. Today this mongrel of a ruin still owned by the descendants of Lord Templemore finds part of it being utilised as a craft shop!
I didn't know if this one was worth seeing when I heard that it had a shop installed but I have to admit that the visit turned out quite enjoyable. The Castle is in close proximity to Dunbrody Abbey which I will cover in a later post. There is indeed a craft shop and a very helpful and pleasant lady within and the grounds contain one of the few Yew tree mazes in the country. Consisting of 1500 Yew trees and gravel paths, this excellent but frustrating enigma is a hoot! There is a nominal charge to see the maze but this includes further access to the ruins as well.
The ruins have a bawn attached which has some squat but sturdy rounded towers with some defensive features while other parts such as the house remains are in fairly bad shape with rubble strewn around and some vegetation invading. The towers though are quite interesting and it is possible at ground level to access at least one of them which lies to the East of the entrance door and is accessed from the green area behind the Castle.
There are a few other parts to climb around which are a bit precarious in places but you wont be disturbed as most people are there to see the maze not the history. When you have done exploring the ruins and the maze there is a tearoom adjacent to refresh your weary bones and all in all it is worth a visit.
To find the ruins take the N25 out of New Ross Eastwards towards Wexford Town. Just after you have passed along the quayside in New Ross the road veers left. Take the next right hand turn onto the junction with the R733.
Drive for approx. 4Km until you reach a right hand turn with a sign pointing to Arthurstown. This is a continuation of the R733. Drive for another 6KM until you see another right hand turn for Arthurstown with a large stone church (St. James's) on your right. Turn right and drive 1.5KM and you will see the huge Dunbrody Abbey on your right. Adjacent to this is a car park and the Castle ruins on your left. Ample parking is available.
Posted by Castlehunter at 20:33