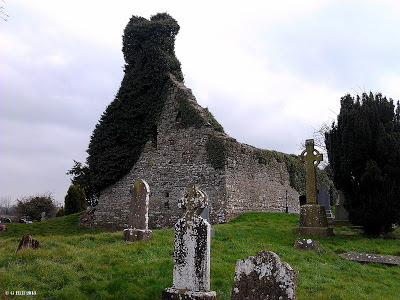 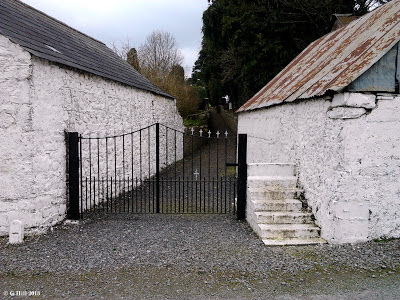 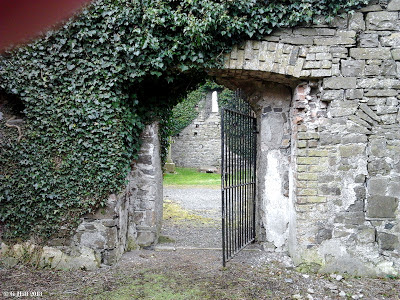 Above Image: The entrance to the mausoleum section 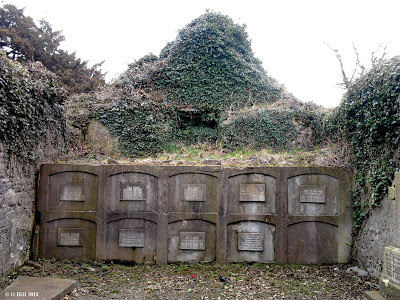 Above Image: The Aylmer mausoleum 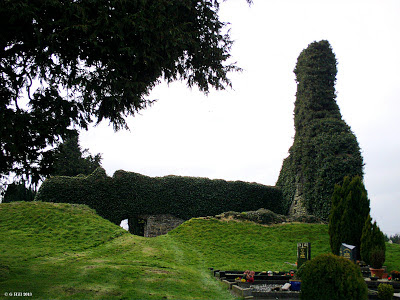 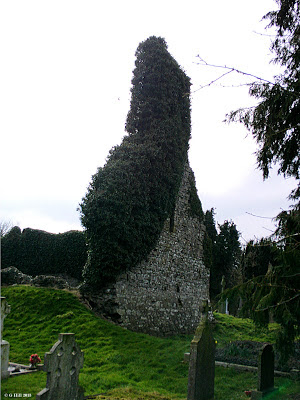 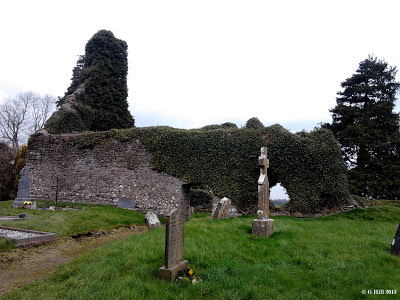 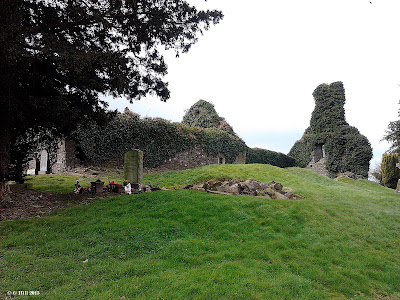 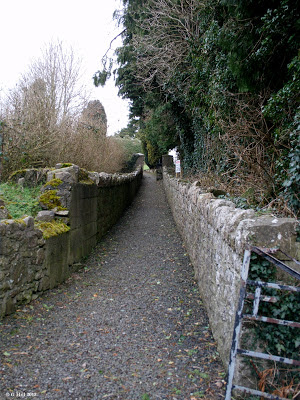 Above Image: The lane way back to the road 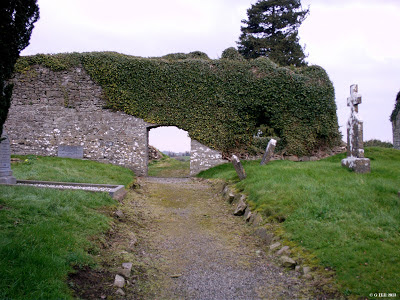 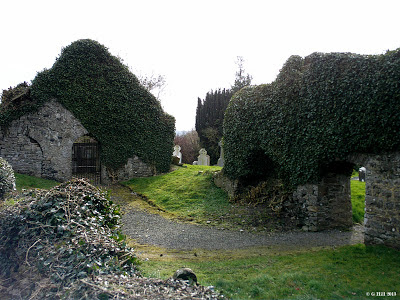 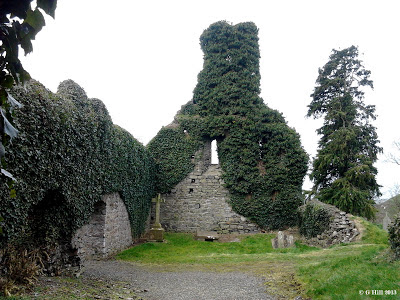 Above 2 Images: The interior 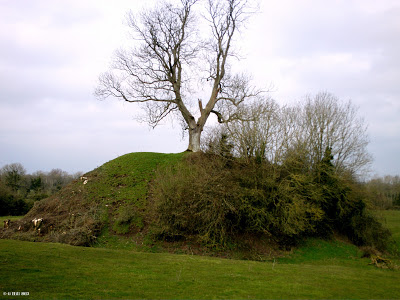 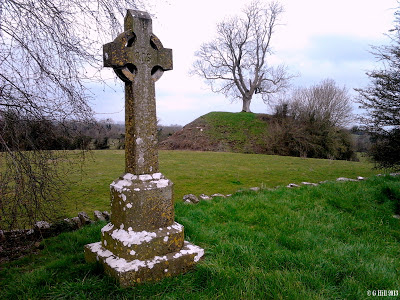 Above 2 Images: Views of the adjacent Motte

Quite a hidden away place this. Not visible from the road it is accessed through a stile between two outbuildings on a slip road off the main carriageway.
The ruins of Cloncurry Church are believed to belong to the Carmelites who founded a friary here in 1347. The site has adjacent to it a large Anglo-Norman Motte which may originally have had positioned upon it a fortified manor and the Church might possibly have been part of an enclosed settlement along with this manor house.
The Church and Village came under attack by Irish clans in 1405 and were ravaged by fire. The Church however was later restored but eventually found itself dissolved during the reformation.
A walled gravel lane way leads up from the road to the boundary walls of the graveyard. You would hardly notice this entrance way in the gap between two sheds only for the little crosses upon the gate itself. The grounds wherein the ruins lie are surrounded by pastureland and are fairly well maintained.
The ruins are still quite extensive, most of the walls still standing. The entrance door is in the Southern facing wall and the West facing gable has two windows and an extension to house a bell. Within the Church it is now but a shell but one gated section to the East side contains the Aylmer family mausoleum. The gate is open so you can get a closer look inside.
The Church sits upon elevated ground with a steep bank running down from its North facing side. It is a long rectangular structure measuring approx 28 metres and has an imposing aspect especially when viewed from the lower ground in the North section.
It is very quiet here. I visited on a weekday morning and saw no one else about. I would suspect that the ruins don't get many visitors apart from those visiting relatives graves in what is still an open cemetery.
The Motte just beyond the North Eastern boundary wall is very unusual looking and I cannot help thinking that this played an important part in the Church's early history.
To find the ruins, take the M4 Dublin to Galway motorway and exit at junction 8. Continue to the right from the top of the exit ramp around the roundabout until you see an exit for the R148. Turn left onto this road and drive for approx. 8KM until you reach a staggered crossroads with the L1007 and a sign pointing right for Newtown. Continue through these crossroads and a few metres further you will spot a parallel lane way on the right. Turn onto the lane way and park. There are some whitewashed outbuildings here and you will see the entrance gate between them.
Posted by Castlehunter at 13:47