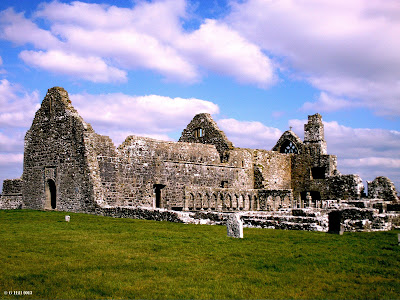 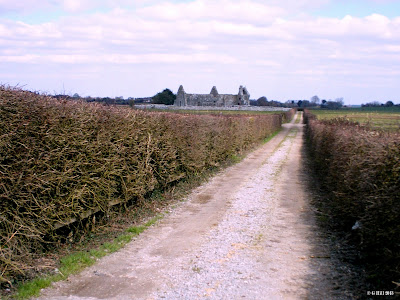 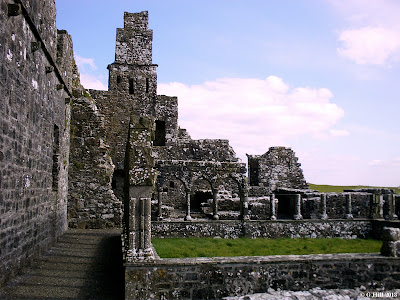 Above Image: The Cloisters 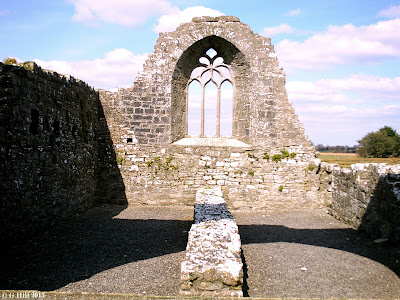 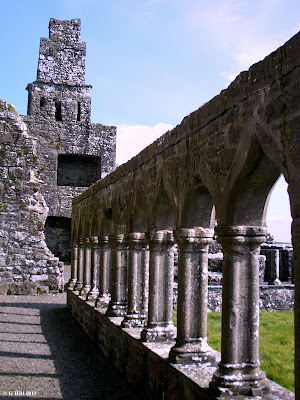 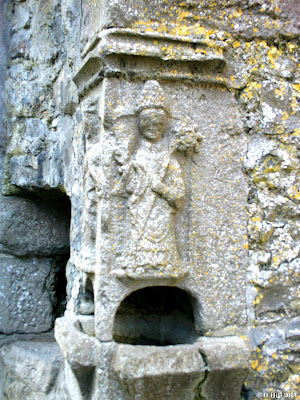 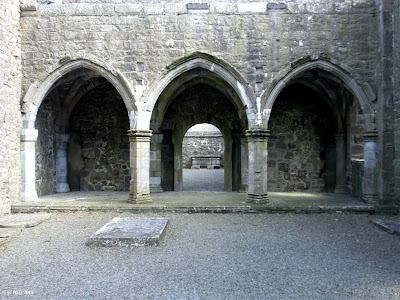 Above Image: The Rood gallery 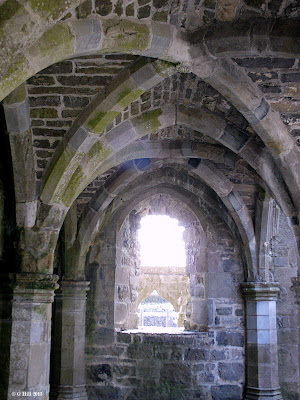 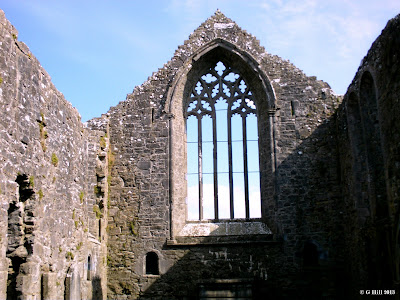 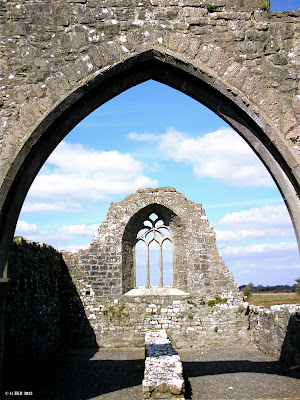 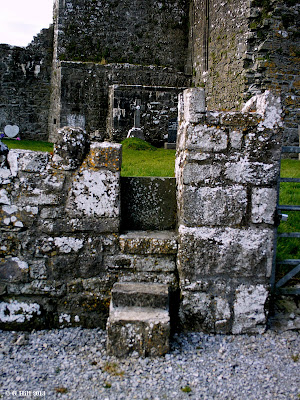 Above Image: Entrance stile at the gate 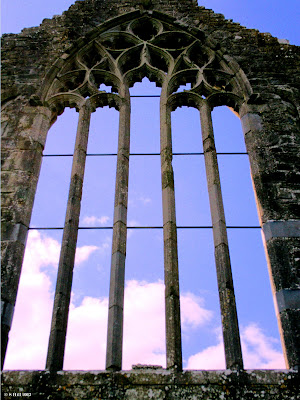 Above Image: Close up of the East window 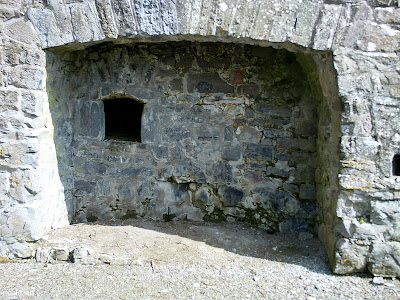 Above Image: An oven 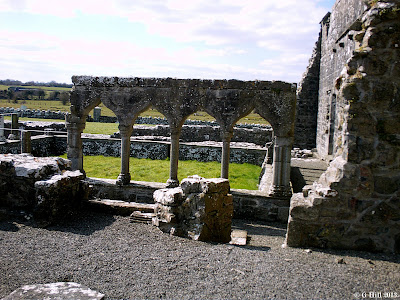 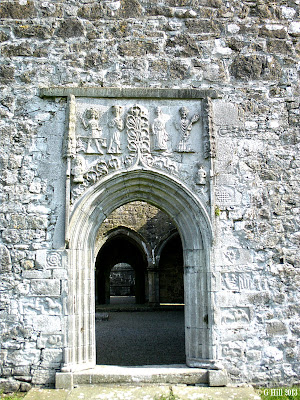 Above Image: The decorative West Doorway 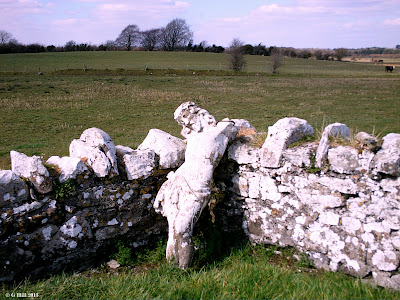 Above Image: The forlorn Saviour Above Image: The Mermaid 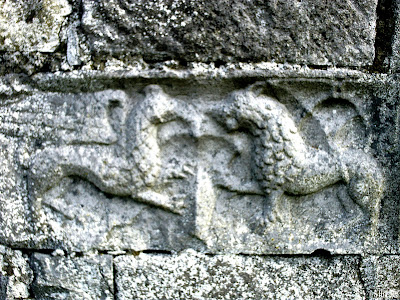 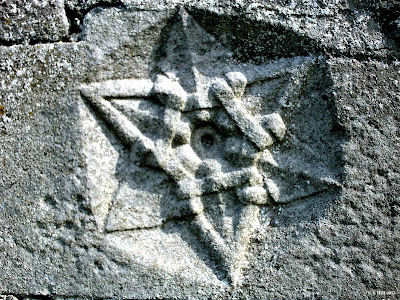 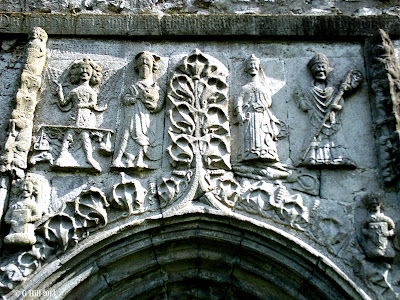 Above Image: close up of the West door carvings 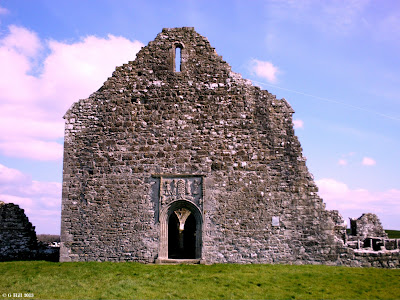 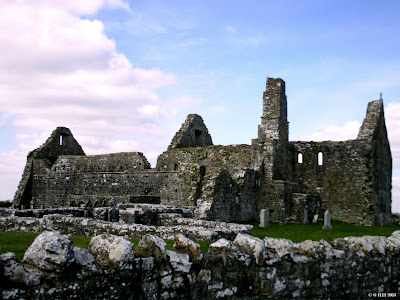 Above Image: A view from the South-East 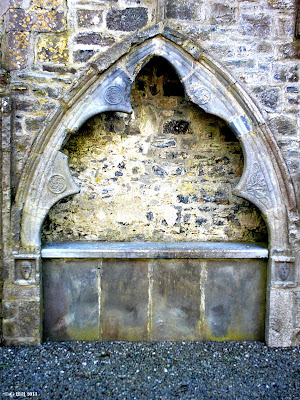 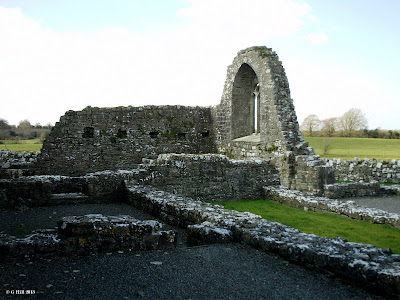 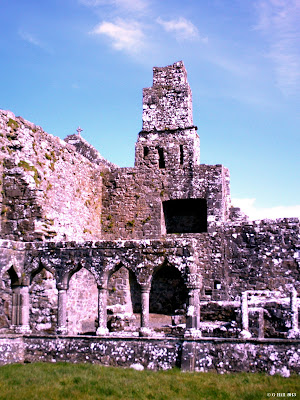 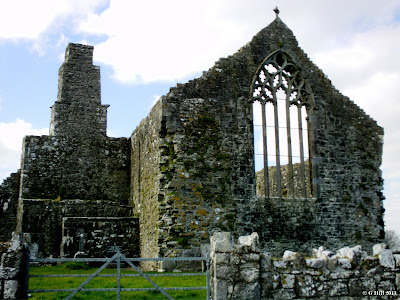 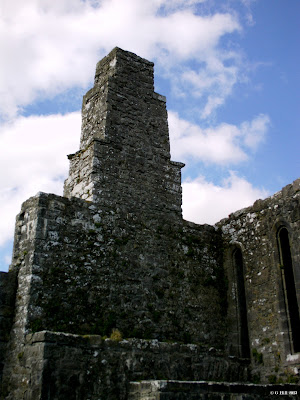 Above Image: Rear of the ovens 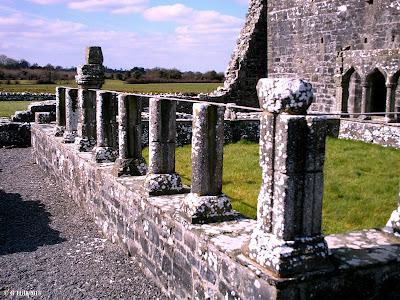 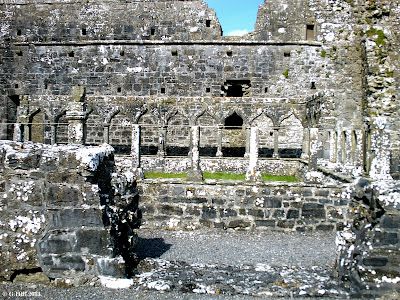 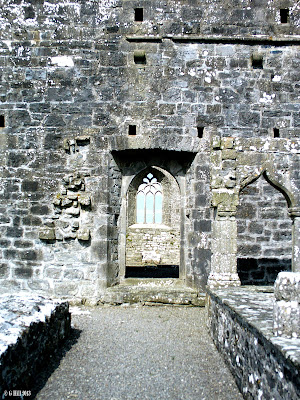 Clontuskert Abbey was founded in the 12th century for the Augustinians by Turlough O'Connor on what is thought to be the site of an earlier Monastic settlement founded in the 7th century by St Baeden. The present ruins are entirely from the later construction.
The Abbey caused some controversy in the 13th century when it was found to be corrupt and a fire in 1404AD almost destroyed it. A new building plan was conceived and with the aid of beneficiaries it was reconstructed on a broader scale with more decorative stonework involved. The Abbey was finally dissolved in 1540AD under the dissolution of Abbeys during the reformation.
The ruins lie away from the road in quiet pastoral land and are accessed by a gravel pathway from a small designated car park at the roadside. The Abbey is under the Care of the OPW and a stile is provided in the boundary wall at the Abbey itself.
There are many interesting features to see here. The remains of the cloister or ambulatory with its grass square surrounded by decorative arches is particularly attractive and more complete than many other we have seen. The foundations of many of the domestic buildings appear to be clustered around this area. There is also evidence of some stone ovens in the Eastern section in what was originally the chapter house. Within the Church the nave and chancel are separated by a fine Rood gallery with pointed arches.
The ruins are quite extensive and of particular note is the doorway in the Western wall which was part of the reconstruction in 1471AD. The carvings around this doorway are astounding and include depictions of amongst others John the Baptist, a Mermaid and a star. Of Particular interest is the depiction of the Archangel Michael weighing souls and brandishing a sword on what might be judgement day. Decorative carvings can also be found inside the Church including a Font near the western doorway.
In the corner of the boundary wall on the western side is a carved torso of Christ which is propped somewhat forlornly against the wall. It is partially devoid of limbs and must have been salvaged when the cross it was attached to was destroyed.
There is a very serene atmosphere here at Clontuskert, its pastoral setting certainly helps and we wandered around for over an hour just soaking up the history on show. As with many other places we were the only visitors even on what was a chilly but very sunny day.
Apparently the gable end on the east side collapsed around 1918. This contained the large East window. Restorers managed to locate all of the window components and it was carefully rebuilt to its former glory in the 1970's.
To find Clontuskert ruins take the M6 heading West from Athlone and exit on Junction 15. At the roundabout at the top of the exit ramp turn left onto the R355. A short distance further there is a second roundabout. Take the exit to the right which is the continuation of the R355. Drive for approx. 5KM until you see a small car park on your left with a two storey white house with a conservatory opposite.it. You can park safely here. There is a gravel path in the right hand corner of the car park that leads directly to the ruins.