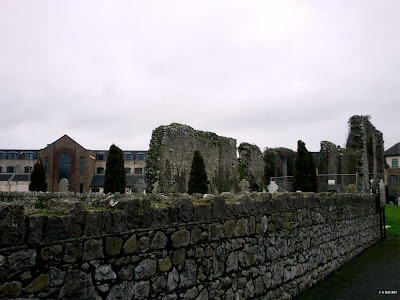 Above Image: The Ruins with their more modern background 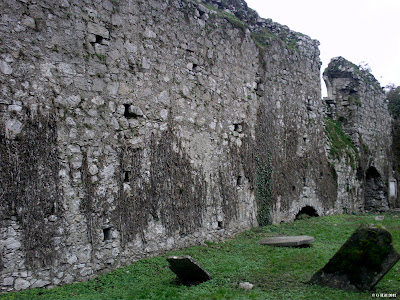 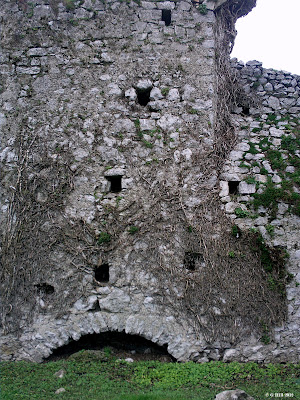 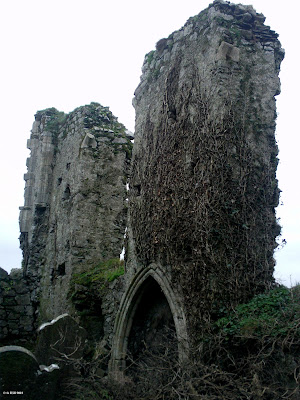 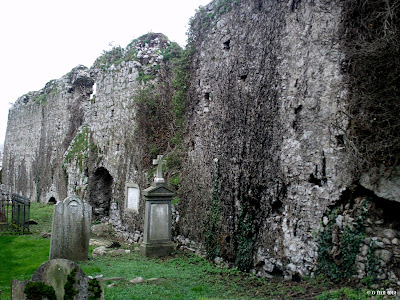 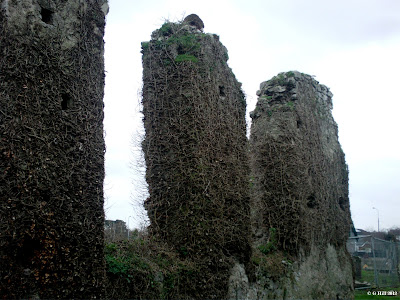 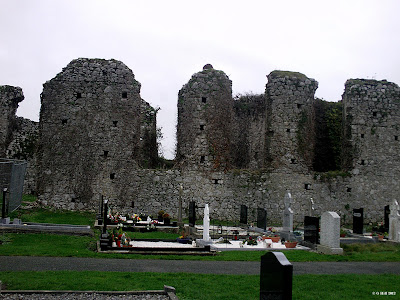 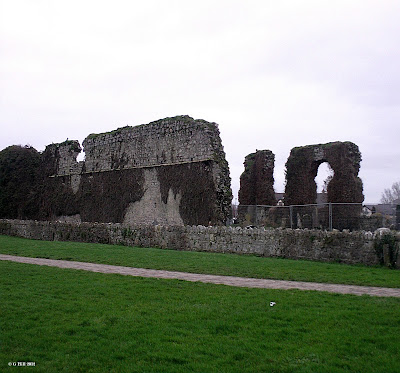 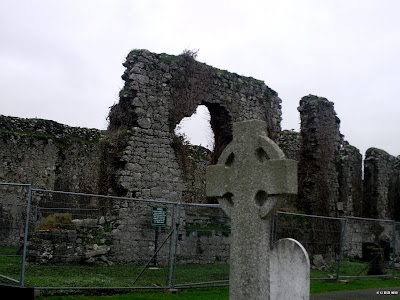 
The original Clane abbey dated back to the 5th century and was founded by St Ailbhe who was then Bishop of Ferns. The Abbey for the next few centuries concentrated on missionary work, but Viking incursions and the eventual Norman invasion saw an end to the native involvement. Norman clergy would replace the old.
In 1258 Gerald Fitzmaurice Fitzgerald a patron of the Franciscan order constructed a new Abbey upon the old incorporating some of the original foundations. The ruins in evidence today are of this later Abbey and they are situated on the Abbeylands area of Clane.The Abbey remained important for several hundred years and was host to the general monastic assembly in 1345. By the end of the 14th century the Abbey was in disrepair but received some succour due to local effort and new parts were added. The Abbey remained in use through difficult times but was eventually suppressed by Henry VIII's reformation and by 1540 had been dismantled and left to ruin. Recently through more local effort it has undergone some restoration work and cleaning up. It is now in the care of the local authority.
The ruins are accessible from the town by a set of stone steps in the form of a stile in the wall on the end of the main street just before the junction with the Clane relief road. There is also a narrow entrance to a park to the left of this where you can get another view. Once over the stile a short lane way leads you to the grounds which are currently used as a cemetery. The remaining walls of the Abbey stand parallel to each other giving an odd look to the ruins. You can walk in around the walls but due to some unfortunate town planning, a modern hotel sits behind diminishing the impact of the view. The walls have some very interesting patterns both architecturally and by the vegetation impacted upon them
Although there is not a great deal to see, there is still a great sense of history and atmosphere which would have been far greater accentuated had the ruins been in a more rural setting rather than surrounded by modern development. Nonetheless this is an important site which is thankfully being cared for.
To find the ruins, take the M4 Dublin to Galway road and exit at Junction 3 for Maynooth. Turn off the roundabout onto the R406 Straffan road and drive for approx. 5km until you reach a crossroads with the R403 at Barberstown. Turn right and drive for about 6km to the village of Clane. The entrance to the Abbey is on your left at the bottom of the main street just before the roundabout adjoining the Clane relief road
Posted by Castlehunter at 21:03