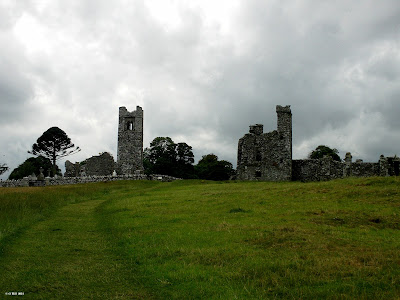 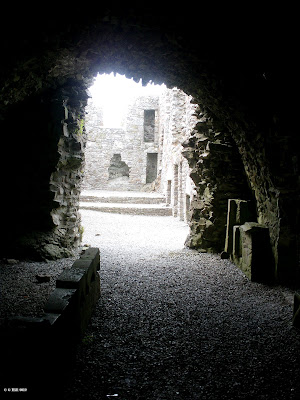 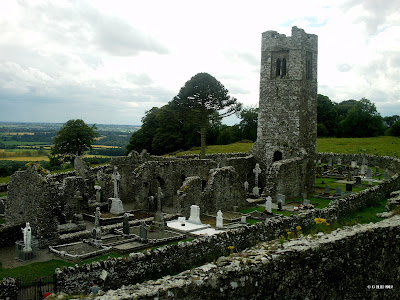 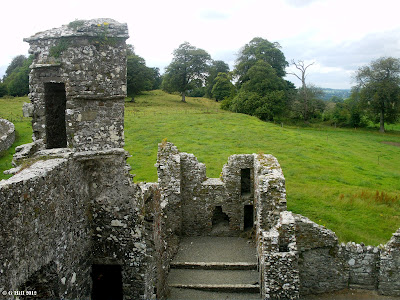 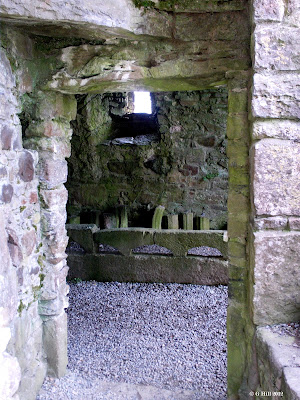 Above Image: The vaulted room 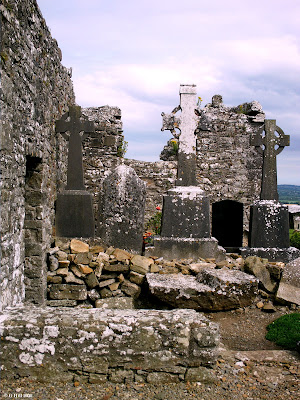 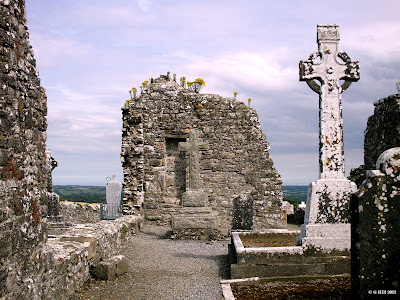 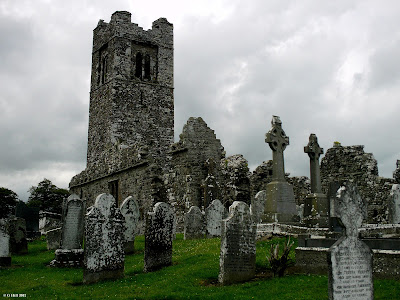 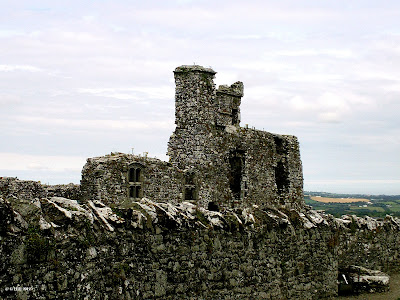 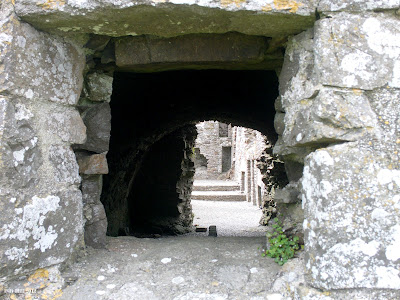 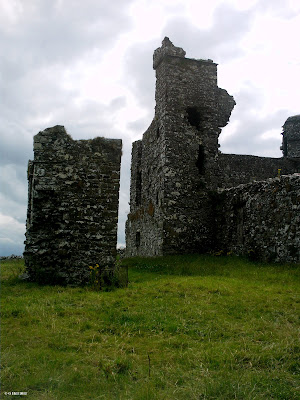 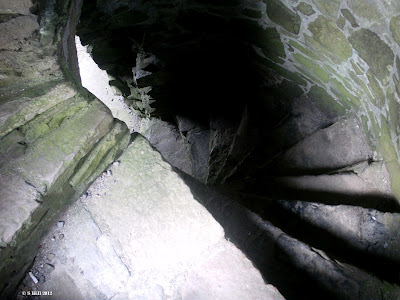 Above Image: The spiral staircase 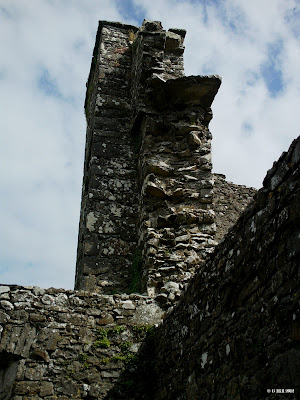 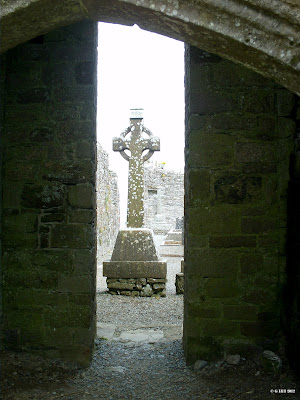 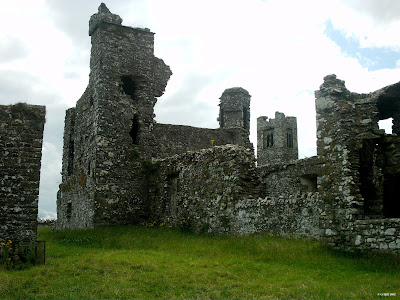 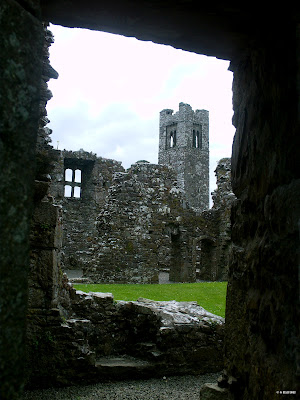 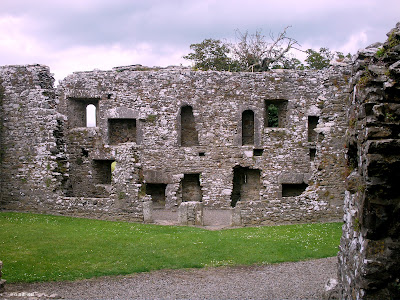 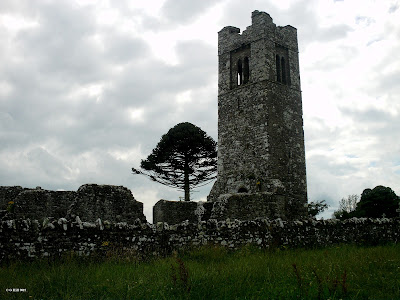 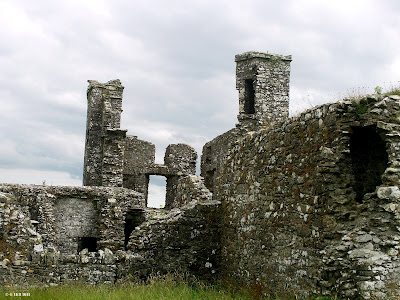 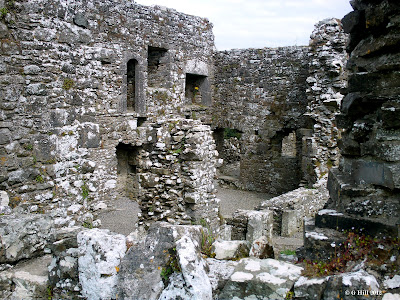 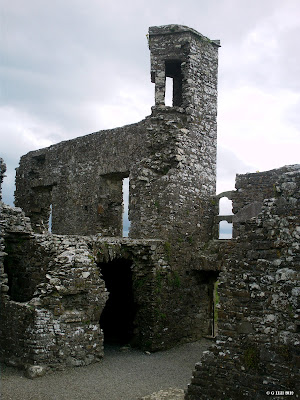 The Hill of Slane has had a long religious history. St. Patrick is said to have lit a pascal fire on it's summit in 433 AD in defiance of the High King, Laoire, whose pagan beliefs forbade any other fires to be lit except his own during the pagan festival. St. Patrick also appointed St. Erc as Bishop of Slane and the site became a centre of religious activity for many hundreds of years thereafter.
The ruins which stand on the Hill today are those of a Franciscan Friary constructed by Christopher Fleming in 1512 on the site of an earlier Abbey. This fine Friary consisted of a Church with a tall Gothic tower and a college building housing 12 individuals. It remained in use for many years and was finally abandoned in 1723.
The Hill of Slane is in a very picturesque and highly historical area of Co. Meath and access to the Hill is extremely easy. There is a car park at the base of of the Hill and the way to the top is by way of a very gradual grassy incline, making it not difficult to climb.
Once at the summit you can see how very well placed the Friary was. The views are magnificent. The bell tower stands strikingly tall and has been surrounded over the years by a cemetery. There are partial walls of the Church still evident and within the grounds are what are thought some standing stones from the ancient pagan site that preceded the Christian settlement.
Directly across from the Church are the ruins of the college, a large square bawn-like structure with mullioned windows , the remains of fireplaces and even a medieval garderobe (toilet!). Entrance is through a narrow rail which seems more designed to keep you out rather than let you in, though a bit of light aerobics should do the trick!
One corner of the interior has a spiral staircase giving access to a higher view of the site.There is also a large vaulted room containing stone fragments, some of them with decorative carvings. The room has a low roof and even on a warm day it maintains a cool interior.
Climbing around these ruins is a real joy, especially on a fine summers day. When we arrived, there were a few visitors present, which was be expected given this being a well posted historical attraction.But it was in no way overcrowded, so you could have a good look around without tripping over people.The spiral stairs to the roof level is narrow taking only one person ascending or descending at a time, but it is well worth the climb and if necessary, the wait. It strikes me that if you visit this site as early as possible in the day you might find it quite deserted.
To find the Hill of Slane, take the N2 Dublin to Slane road. When you reach the Village, go straight through the crossroads in the centre and drive about 500 yards until you see a left hand turn for Abbey view. Continue up this road, which narrows, for about 800 yards and you will eventually reach a car park. The entrance gate is here in a wall to the left.
Posted by Castlehunter at 21:34