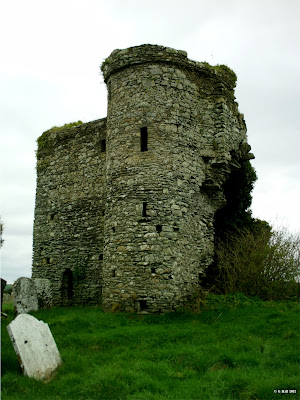 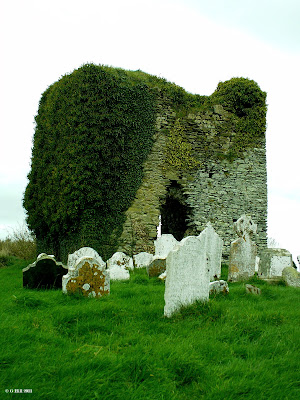 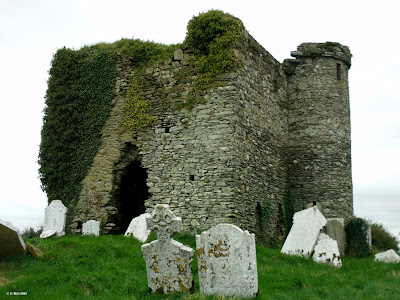 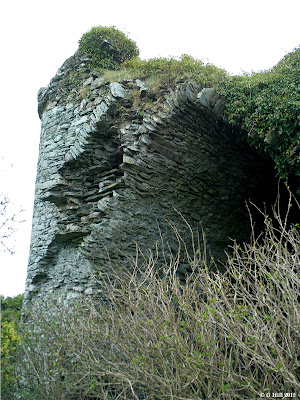 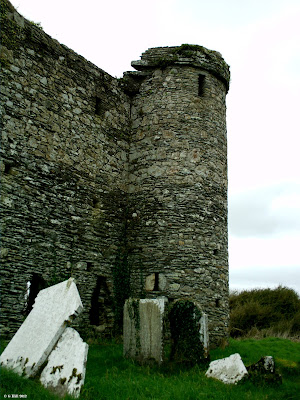 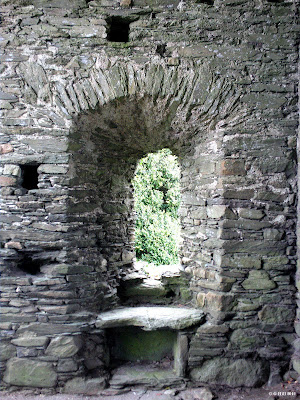 Above Image: Some of the impressive stonework 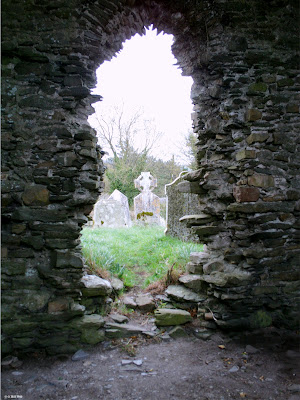 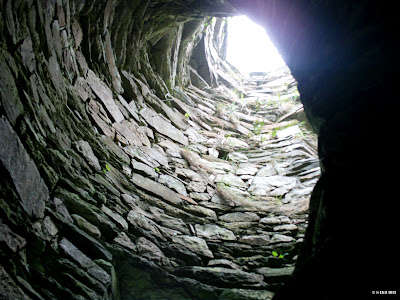 Above Image: Inside the Tower 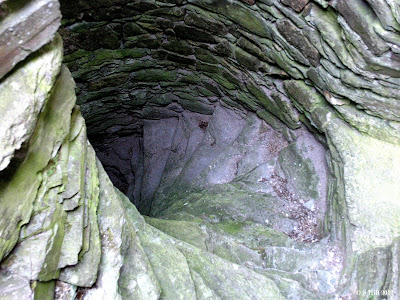 Above Image: The spiral stairs 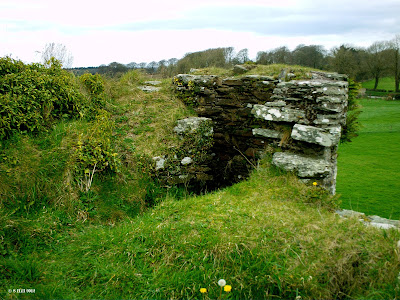 Above & Below Images: Up on the Roof 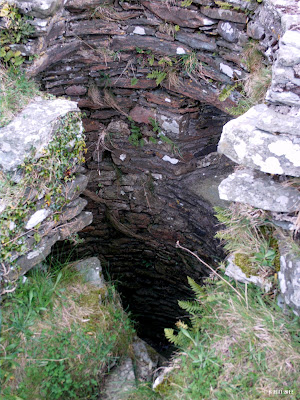 This interesting looking ruin is located in the Killelan area close to the Village of Moone in Co Kildare. Moone is of course famous for it's High cross, but there are also a number of other historical sites in the area and this is one of them.
Information regarding the ruin is scarce, but it is thought to be the remains of a monastery founded by the Knights of St John of Jerusalem early in the 13th Century. The large square tower has a barrel vaulted ceiling within and there are small sections of what was once the foundations of the Nave. The circular tower at it's northwest corner is believed to have been added in the 1400's. This tower fortifies the building somewhat and has a spiral staircase which leads to the roof. There doesn't appear to be much information about the later years of the monastery but it is quite possible that it met with a turbulent end as many Abbeys did during the Cromwellian invasion.
Finding this ruin,although out in the countryside, was simple enough. The road that leads southward out of Moone brings you right to the site. You will easily spot it on your right hand side as you approach.
Access to the graveyard that surrounds the ruins is by a reasonably sized pedestrian gap in the boundary wall just to the left of a small closed gate.Within the boundary there is a slight incline up to the ruin but take note that the ground is quite uneven with large clumps of grass that can be deceiving, so be careful underfoot.
Standing within the tower you are protected by the barrel vaulted ceiling and you will notice some interesting stone masonry especially around the window. We heard that it was possible to ascent the round tower but there didn't seem to be a doorway. On closer inspection we spotted a small opening measuring around 3 x 2 feet at ground level. Apparently the ground within the Abbey is higher than that outside, so this opening is actually the top portion of the stairs doorway! To access the spiral stairs you will need to crawl in underneath the opening. The stairs leads to the roof and is only wide enough for one person at a time and the steps are badly worn in places.  But we still managed to climb up. The rooftop is also uneven and covered in grass! The views however make the climb all the more worthwhile. The descent was to say at the least a bit scary but we managed to get out in one piece all the same.
The graveyard contains some decorative grave markers, some up to two centuries old and there are some even older gravestones.
On the day we visited we were alone at the ruins. On a blustery day this might be quite a windswept area so a calmer and brighter day as it was for us would be a better option to make a visit.
To find Killelan Abbey, take the M9 heading south and exit for the R747 to Castledermot. At the top of this road is a T-junction. Take the right hand turn onto the N9 and drive through Timolin and Moone which are very close together. The road veers a sharp left as you exit Moone. Follow this road for approx.1 mile and you will spot Killelan Abbey on your right. You will reach a staggered crossroads at which you turn right. Parking is possible at the boundary wall about 100 yards up this road.
Posted by Castlehunter at 12:38